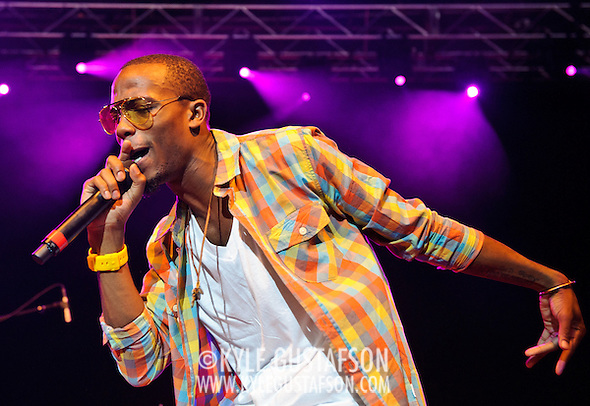 I already had an assignment for the Washington Post last Saturday but I had shot so many things last week that by the time they asked me if I could fit one more thing into my schedule, I figured why the heck not? 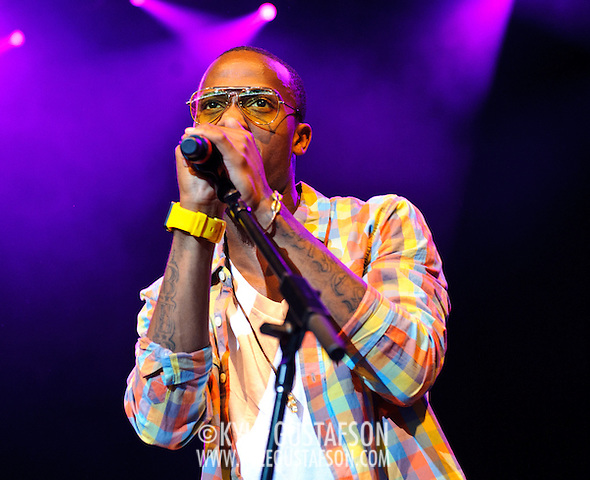 My assignment was to shoot B.o.B. at the Summer Spirit Festival.  Maybe, just maybe, I really took the assignment so I could shoot the day’s first act, the incomparable Janelle Monae, but that’s neither here nor there.  B.o.B. was second o the bill and was finishing early enough that I had plenty of time to get to my second assignment later that night.  And so what if I had driven to Merriweather the night before for Arcade Fire and Spoon? 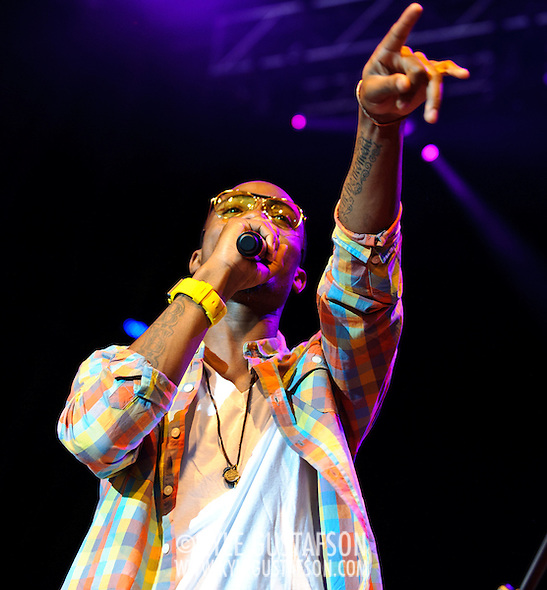 His set was easy enough to shoot. Photographers were given two songs for everyone on the bill.  Most of the trouble came from dealing with the other photogs, especially since there was no pit.  Urban festivals are always a little bit of an “every man for himself” scenario as they aren’t as tightly policed as most rock festivals, but I managed to get what I needed in my allotted time. 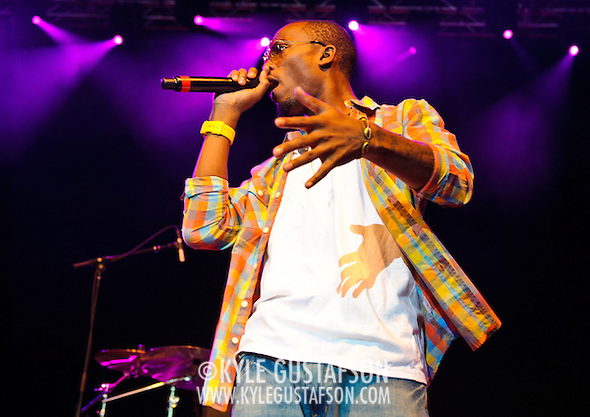 For his part B.o.B. was a pretty good performer.  His music sounded like Outkast for the masses, and he is an energetic performer.  Apparently he has two big radio singles, which I would probably know if I ever listened to the radio. The Roots, Common and Erykah Badu were still to come on the bill, but sadly I couldn’t stick around to see them. I hated to miss The Roots, but I’ve shot them a few times before and it’s not like they won’t be back and I shot Badu just a few months ago. If you want to see some photos of them, check out Boney Sparks work.