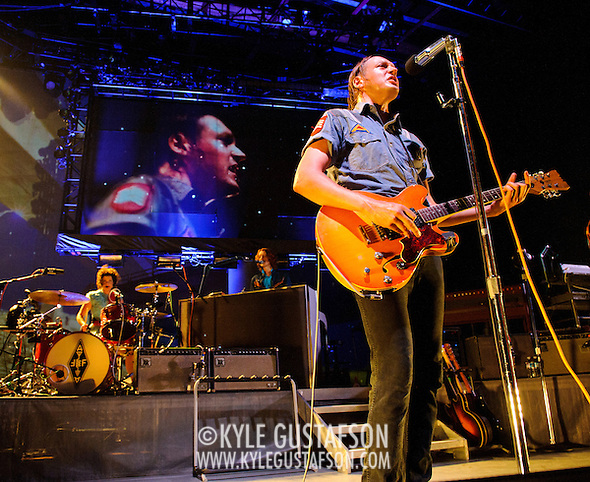 Shooting a band with as many members as the Arcade Fire is no easy task.  I know that now. And next time I do it, there will be a lot of things I do differently. 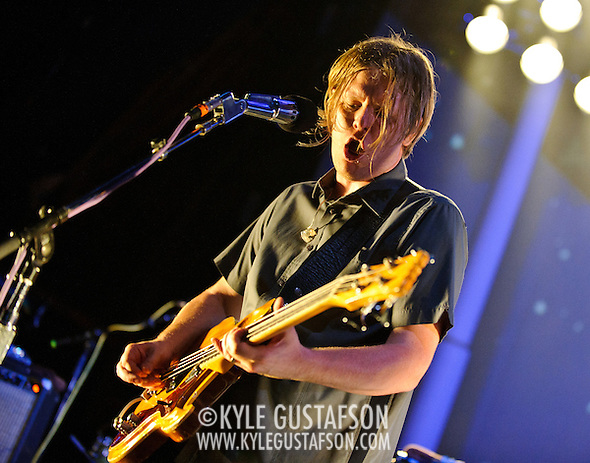 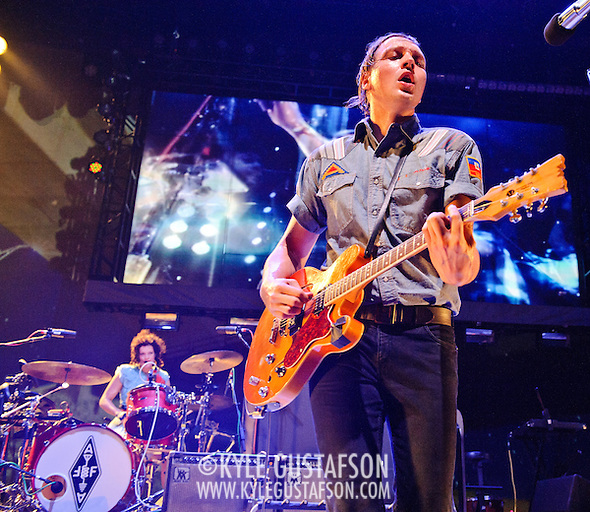 My first mistake was choosing the wrong side of the pit to start on.  I started on the left thinking I would get a few shots of Win and then move on but it didn’t quite work out like that.  A video camera operator set up in the middle of the pit and blocked everyone from changing sides, so I got stuck in a bad spot right in front of Win for the first song and a half.  Win is so tall that you need a very wide angle to avoid shooting up his nose. It was difficult to get a good angle on him. Most of my good shots of him came when he stepped back from the mic. 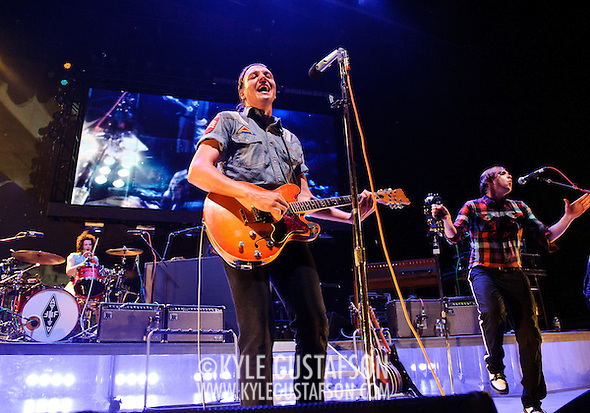 By the time I got to the right side of the photo pit, song #2 (“Month of May”) was ending and the light wasn’t very good on the string section and percussionists.  I tried to get a few snaps of them along with some longer shots of Win, but the song was over before I knew it and I hustled back over to the left side of the pit to set up and shoot Regine as she sang the third song in the set. 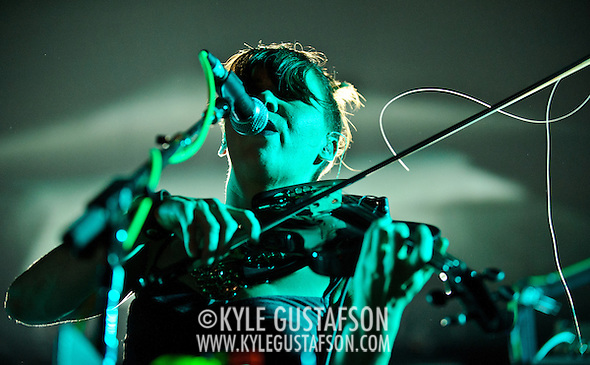 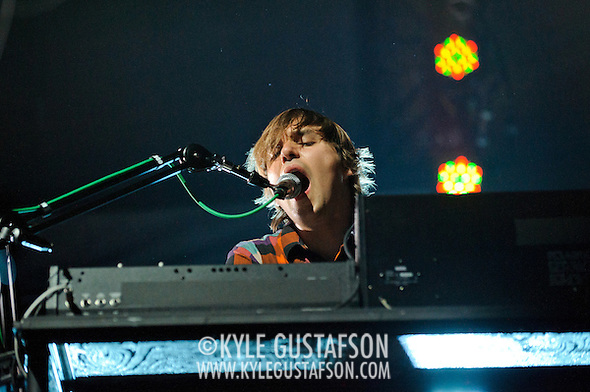 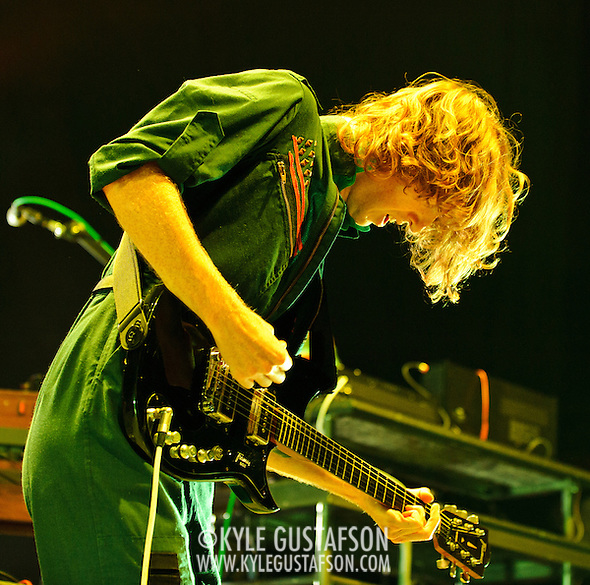 But this never happened because for the first time this tour, they switched up the set list and Regine stayed behind her drums until the 4th song.  So I was caught back in my original spot with nowhere to go. This turned out better than I expected as the lights got much better and I managed to get the majority of my keepers in the last few hectic minutes, but they were still mostly shots of Win. Shooting across the stage really isn’t an option at an Arcade Fire show because all the mic stands and whatnot littering the lip of the stage.  It’s VERY cluttered. 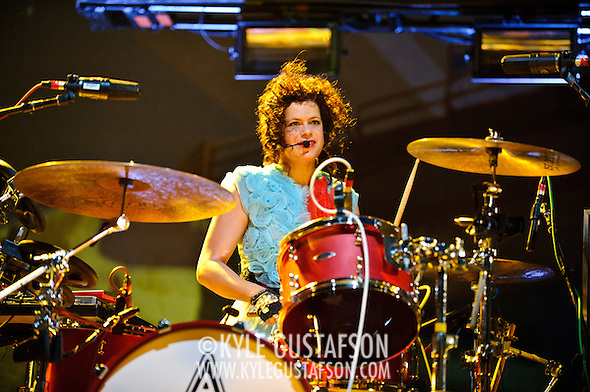 Honestly these photos are fine, but I was hoping (expecting, really) for more from this show.  Arcade Fire concerts are some of the most chaotic, energetic shows around, but I don’t feel like I captured that in my photos. So I’ll just chalk it up as a learning experience, let everyone else know the mistakes I made so they don’t repeat them and be ready the next time. 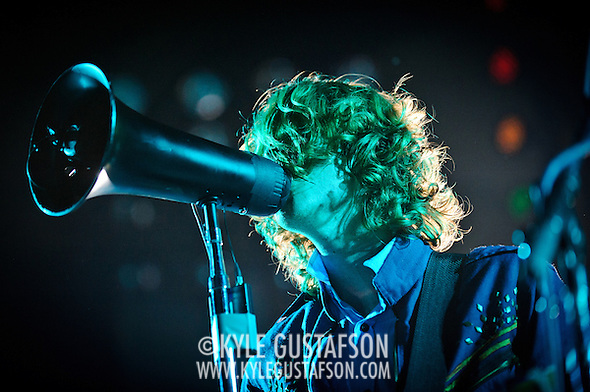 Be sure to check out my photos of Spoon, who opened the show.