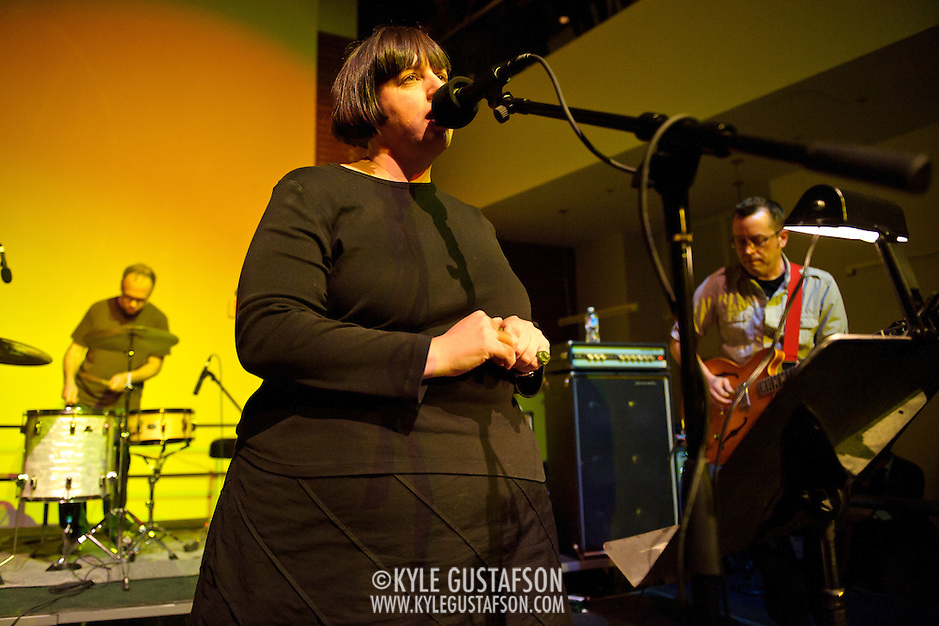 Influential zine/magazine Chickfactor took over Artisphere in Arlington last weekend to celebrate their 20th anniversary and the Post sent me along on Saturday to document the reunion of Black Tambourine. This was the band’s first show since 1991 and was a big deal locally since the band are regarded as one of the major influences on the type of twee-pop that is seemingly everywhere these days. The band’s story – one album, only a handful of shows – makes them that more mysterious and this event more of a big deal. Personally, I was very excited to see Archie Moore and Brian Nelson, 2/5 of Velocity Girl, back on stage together. Jim Spellman was in the crowd hanging out so we actually had Velocity Girl quorum at this show! 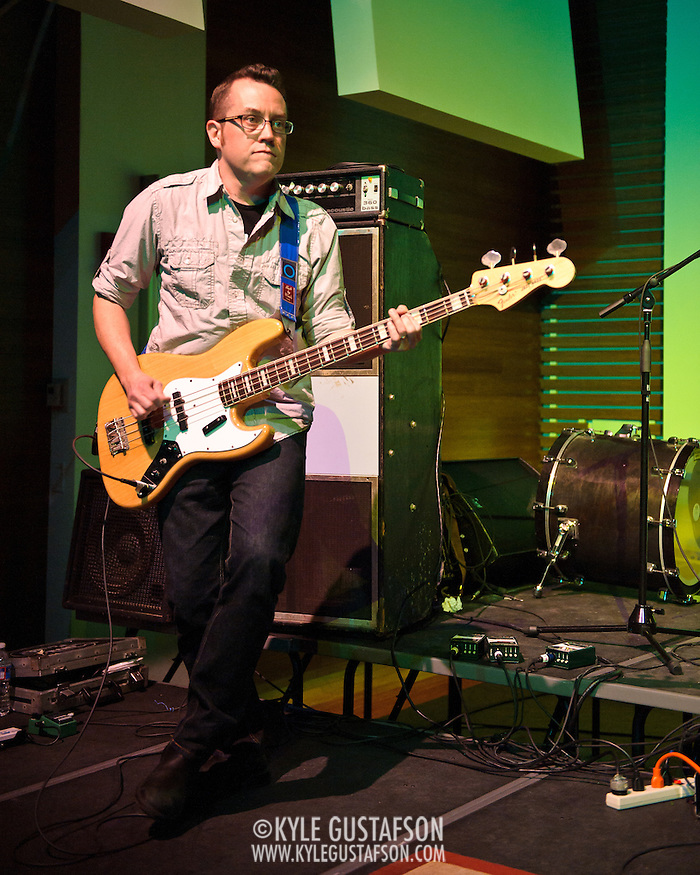 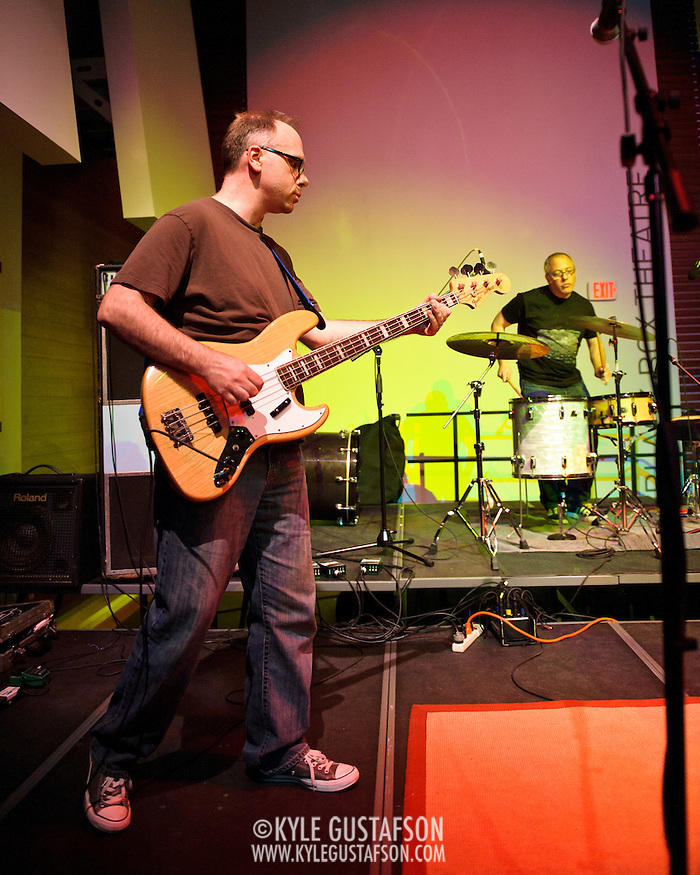 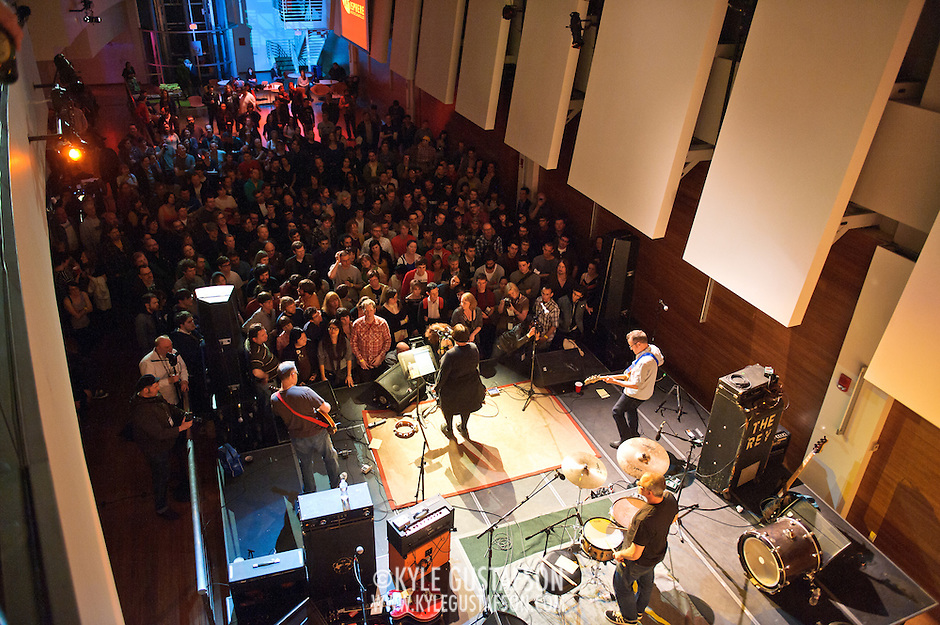 If you look closely at the photo above, you can see most of the music blogger cognoscenti in DC (and a few from out of town). My favorite band of the night was Lorelei, who have recently reunited after being inactive for a few years. Their brand of swirly, hazy, dream-pop is right in my wheel house and I really enjoyed their live set as well. I wasn’t familiar with them when they were active back in the 90s, but I am eager to dive into their back catalog on Slumberland. 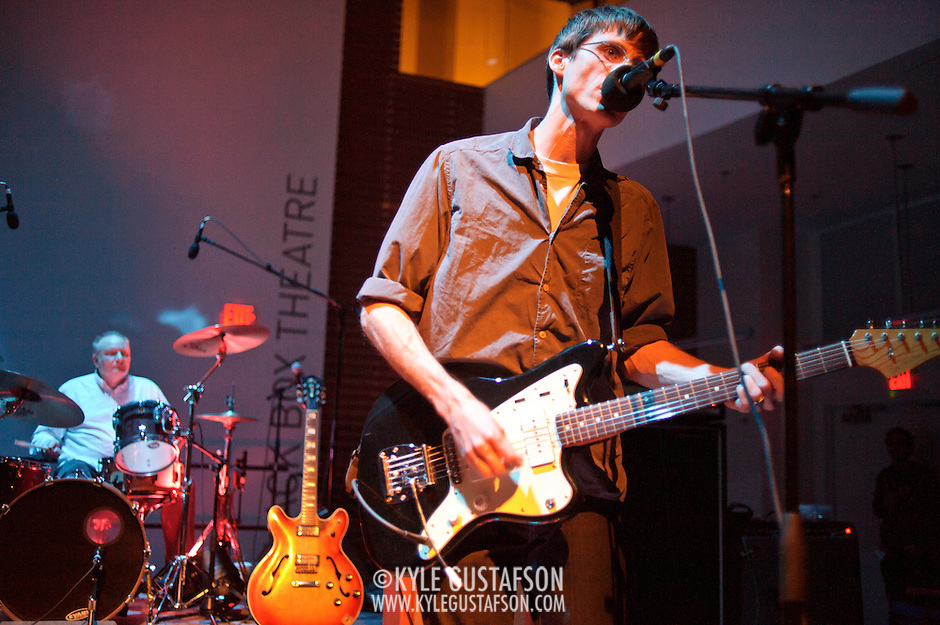 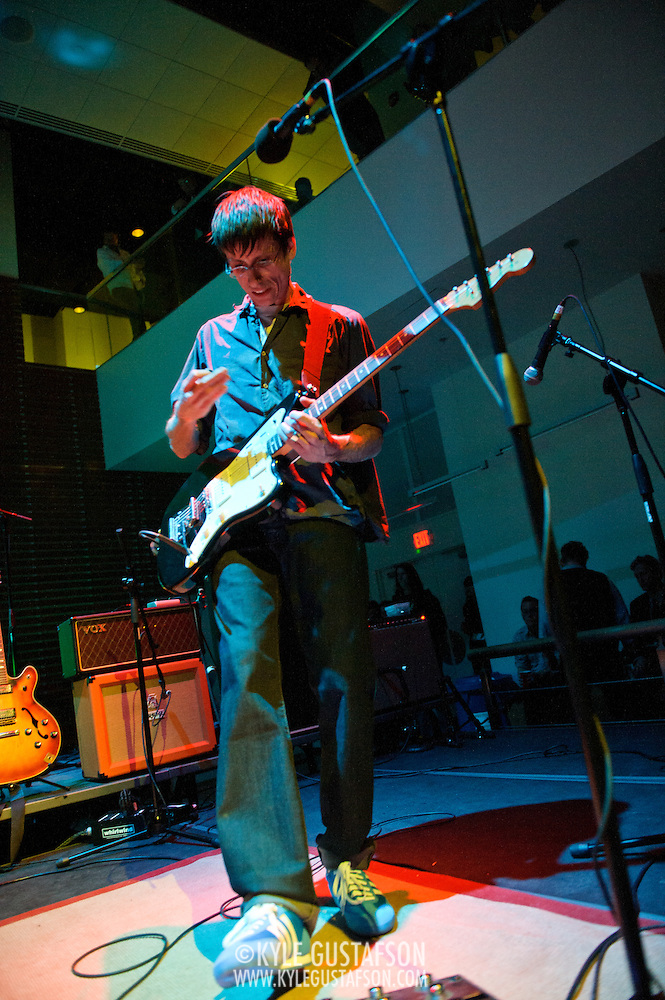 Kurt Heasley of The Lilys played just before Black Tambourine and put on an excellent, if somewhat subdued, acoustic set. I never took the time to get into that band but it was really great to hear the fans in the audience go crazy over a few of the songs in his set. 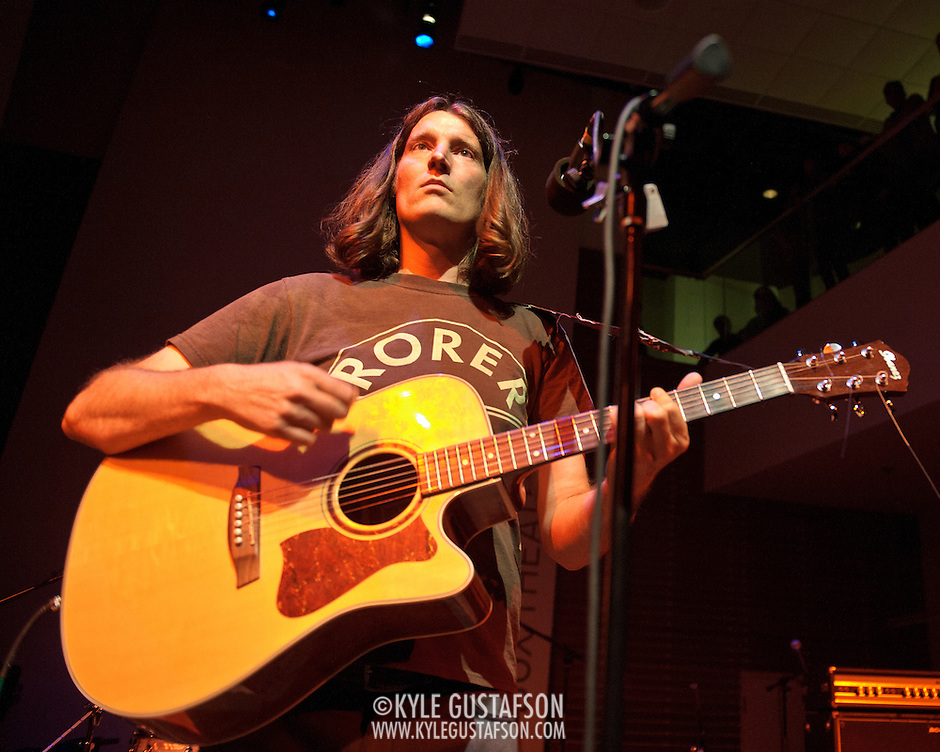 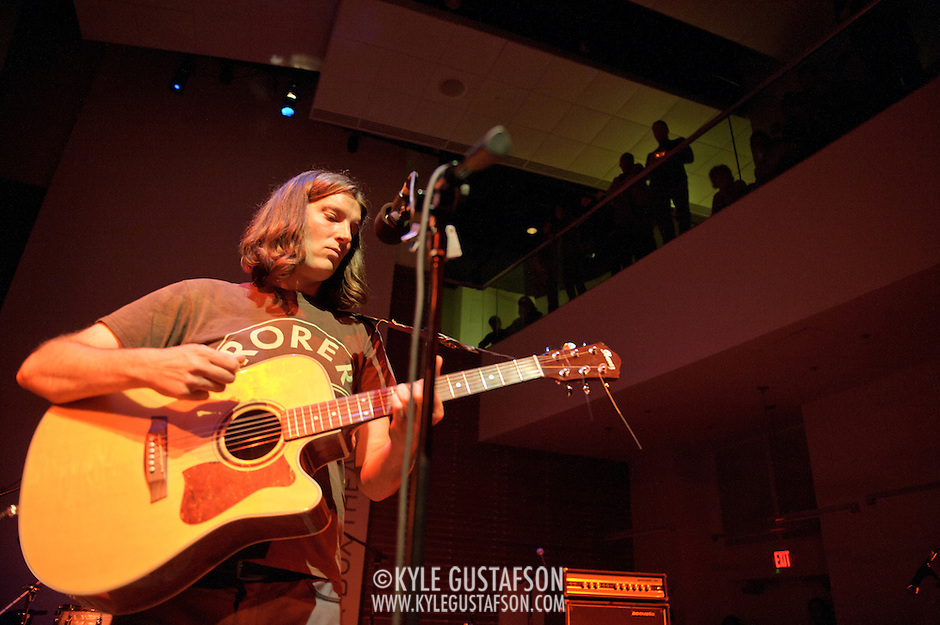 This was my first show at Artisphere, a venue that has been in the local news lately for all the wrong reasons, but I have to say it’s a fine place to see a show. I hope more people can put this space to use in the future. Lastly, here’s a photo of the co-founders of Chickfactor, Gail O’hara and Pam Berry. Congrats to them and much respect for all their hard work over the years. 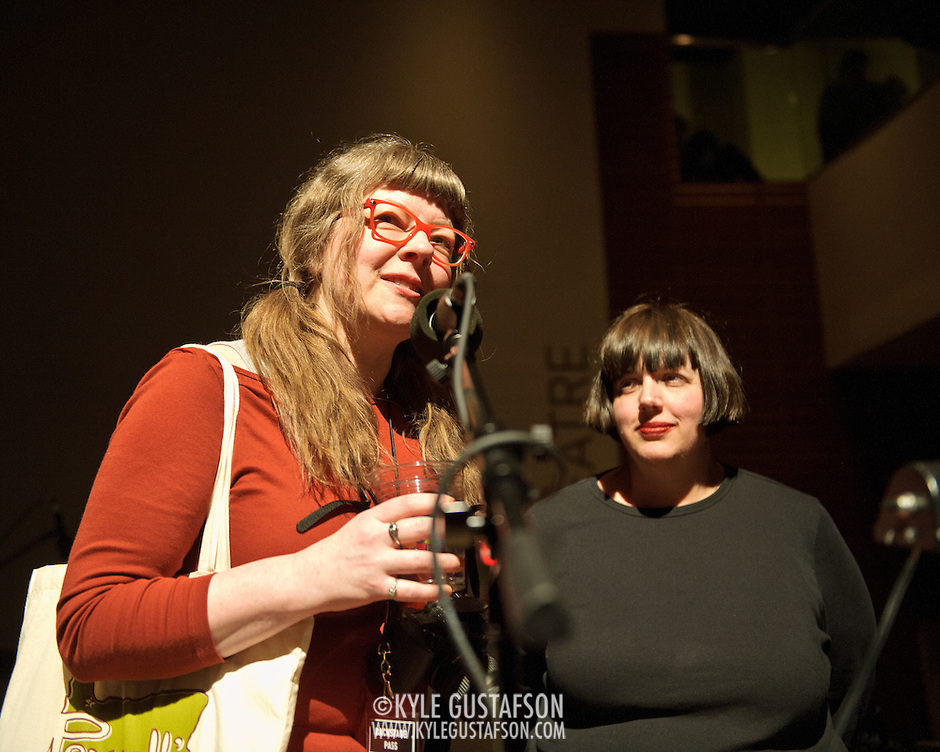