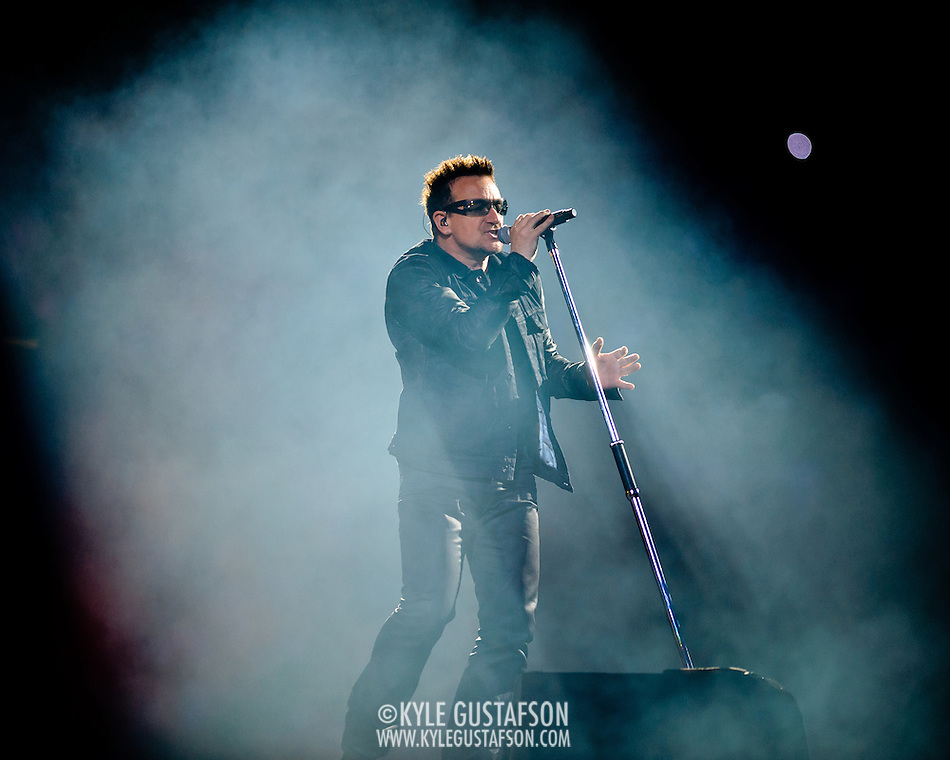 Last night was my second time seeing (and shooting) U2 on their U2 360 Tour. Although I’m not the biggest U2 fan, I really enjoyed shooting them in 2009 at FedEx Field and was very excited to do so again. 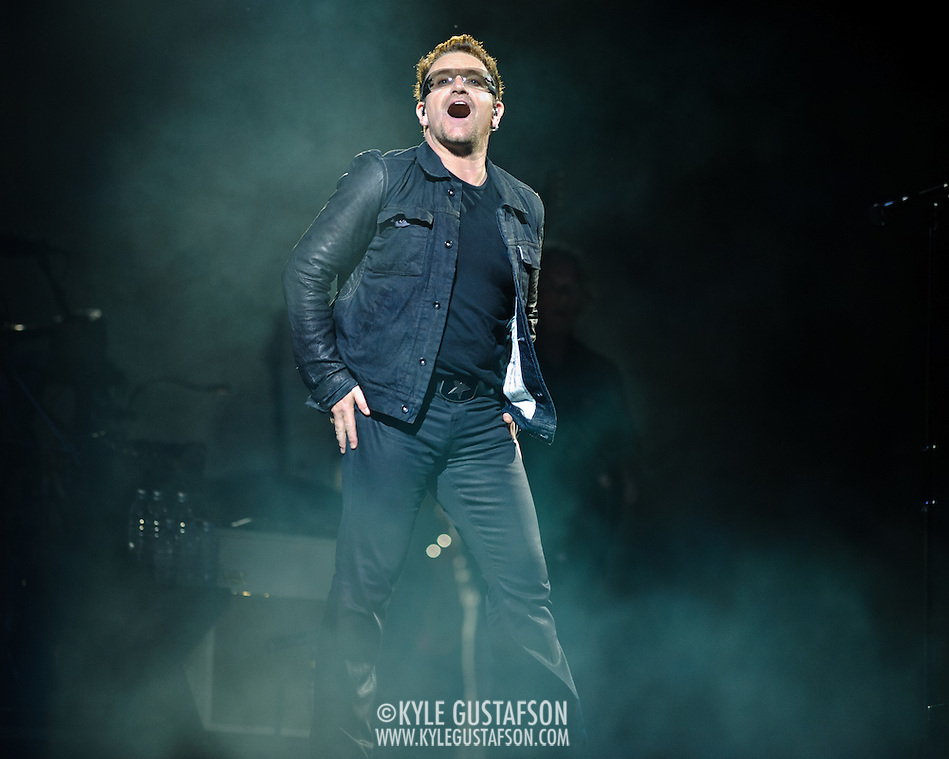 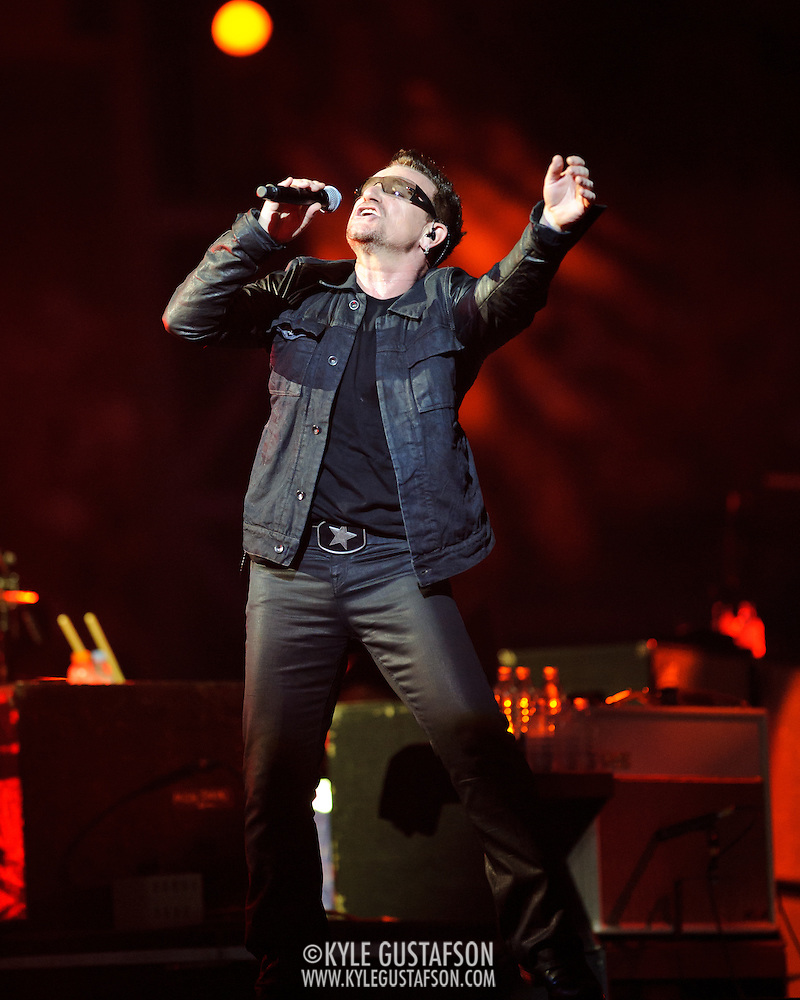 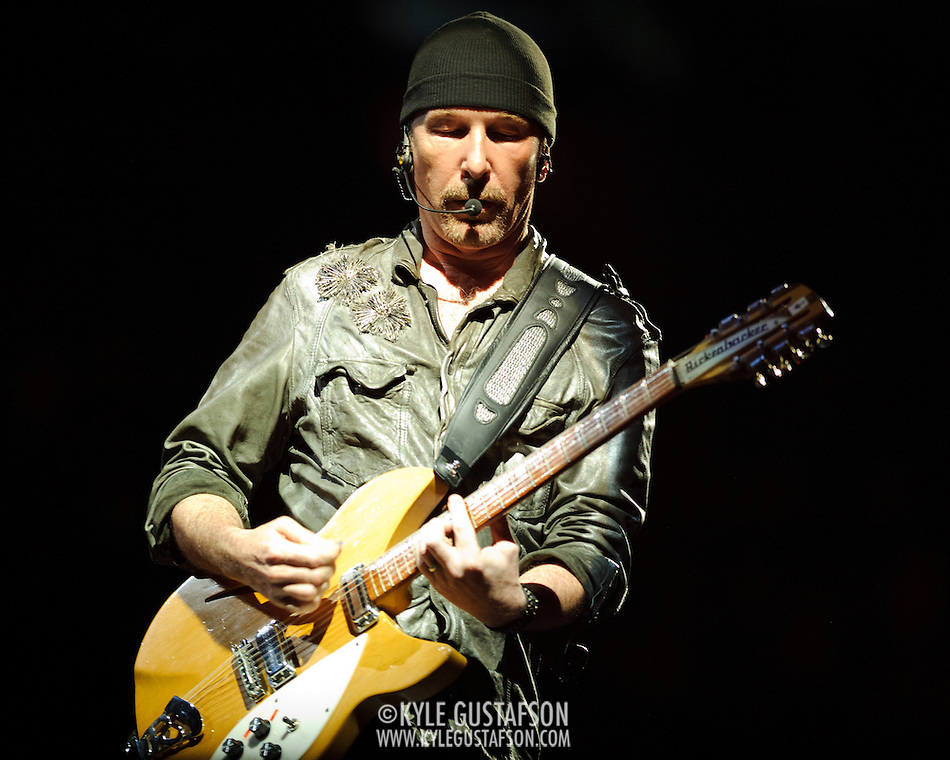 Management changed around some of the shooting parameters for the photogs for this show, however, confining us to a platform located stage right. At the FedEx show I was stage left and got some good shots with Bono and Edge in the frame by shooting across the stage. That didn’t happen this time, as we were facing across the stage toward Adam Clayton. He kept his back to us for the most part, which means I ended up with a lot of photos of Bono. One good thing about the new set up was the platform was raised enough so that I didn’t get many hands in my shot from the crowd. 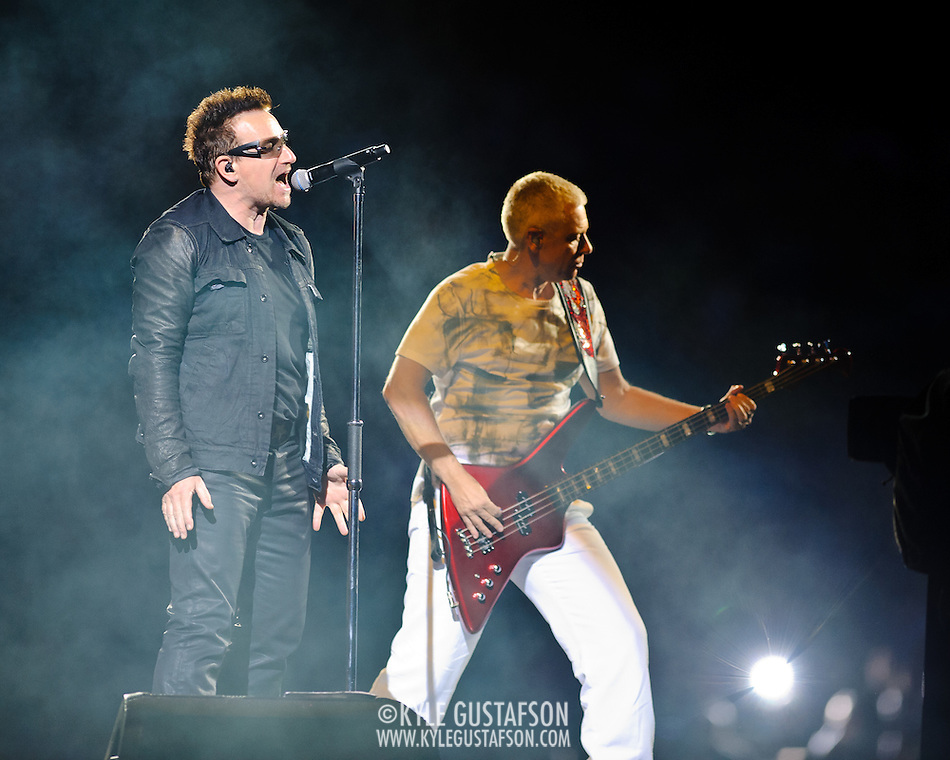 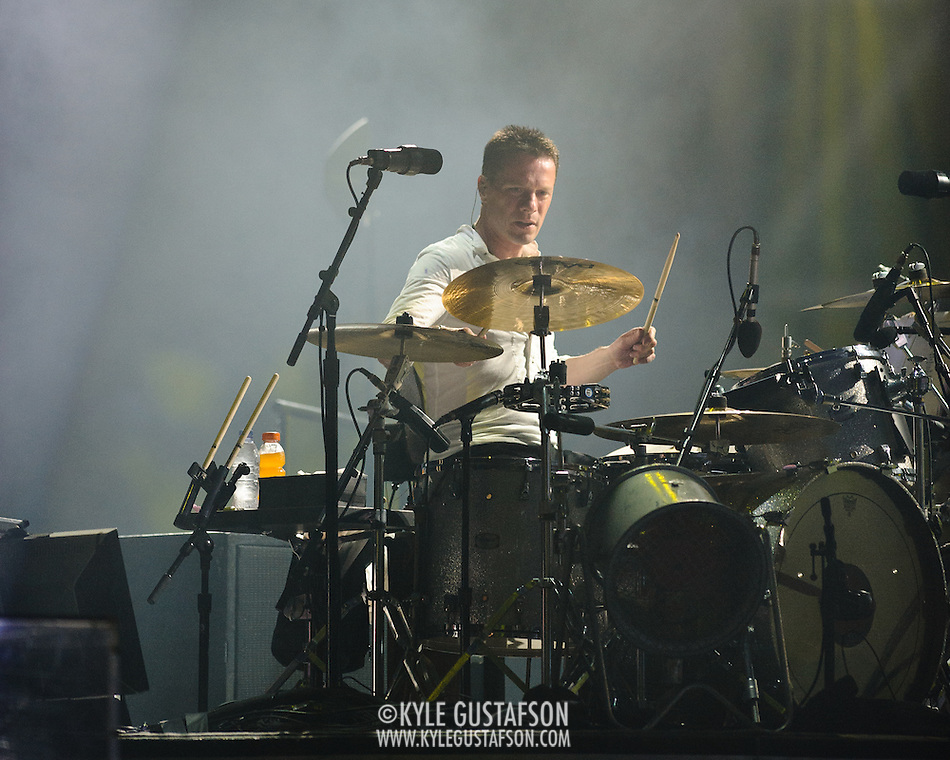 Lighting was the same as last time. Hot, white spotlights on the band with the occasional burst of fog from the smoke machine to give us some separation from the background.  Edge did his usual walk on the extended platform during song #3 (barely even stopping in front of the photographer platform) and Bono also made an unscheduled appearance out there as well. All told, I’m pretty happy with these photos, even if there isn’t much variation due to the restrictions. 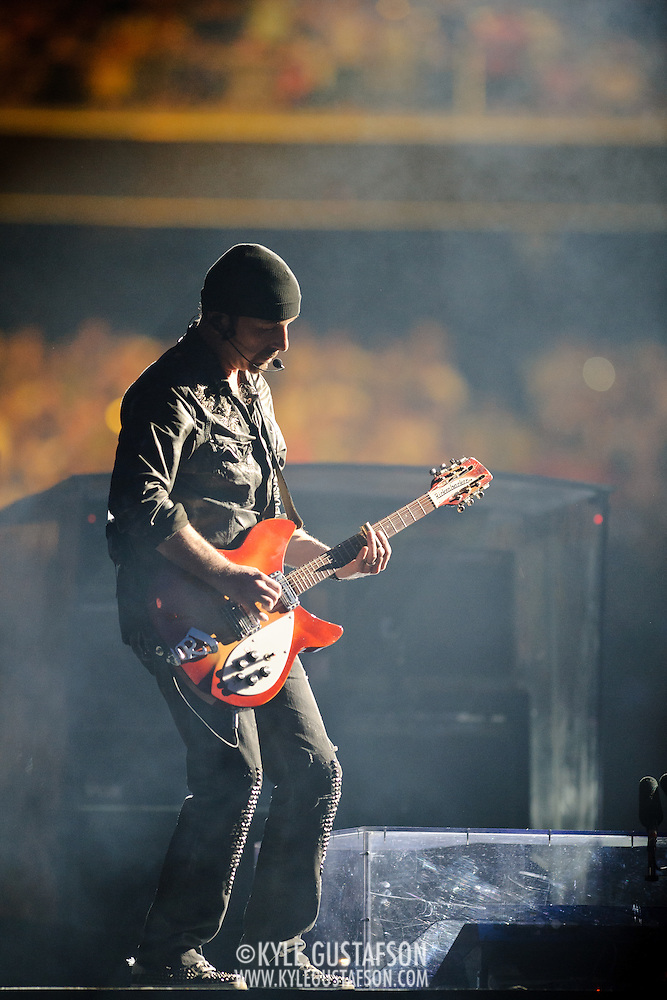 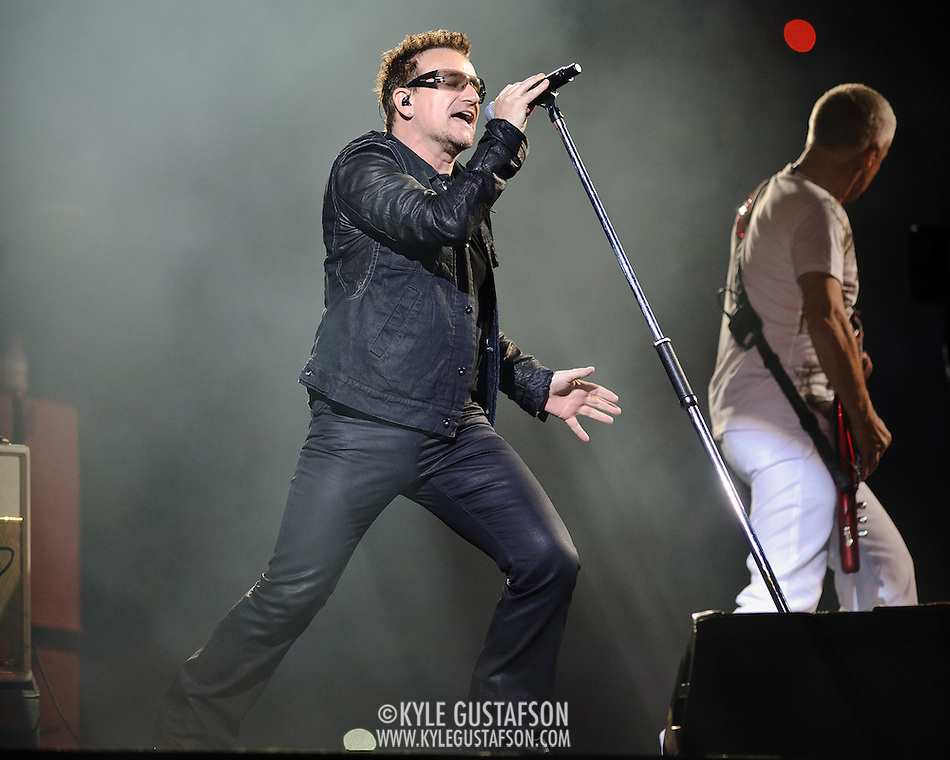 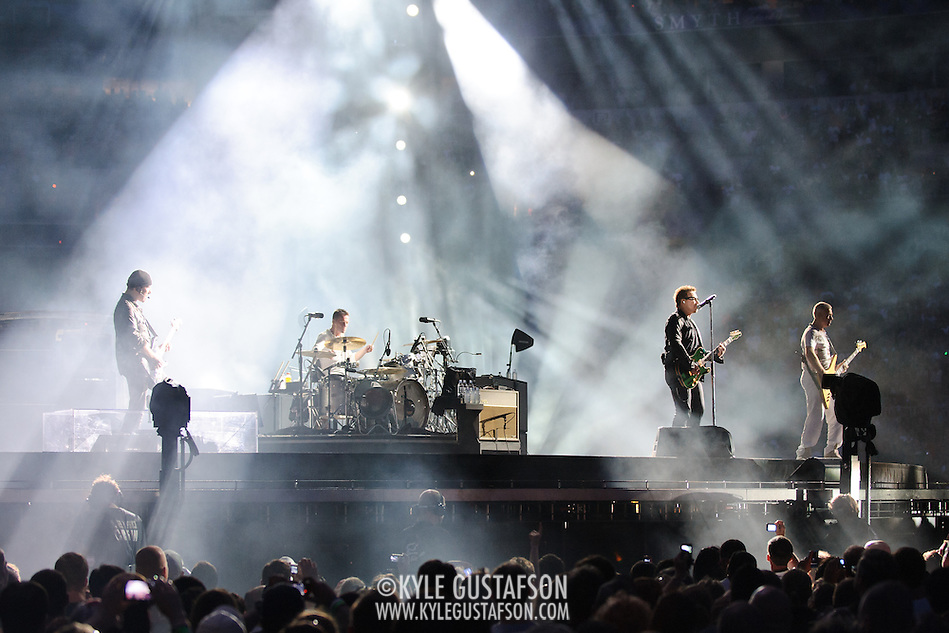 I should also point out that one thing I absolutely respect U2 for is they way they treat photographers, with respect. There’s no release to sign and their crew is very organized, which leads to a very pleasant shooting experience. I wish more bands treated us as well. If U2 can do it, they have no excuses. 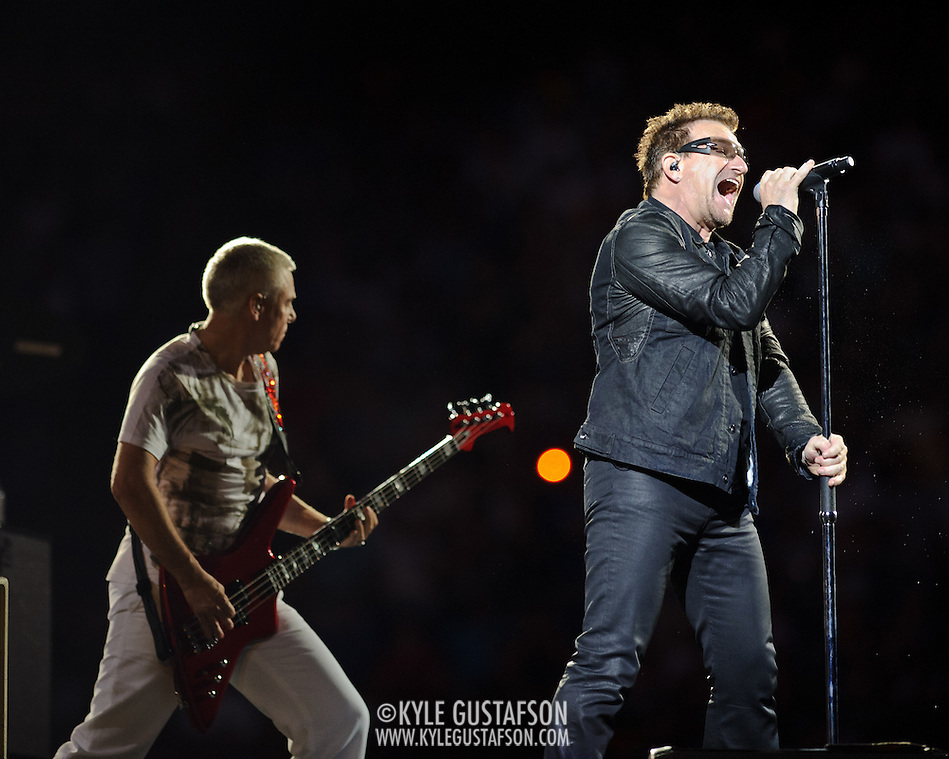 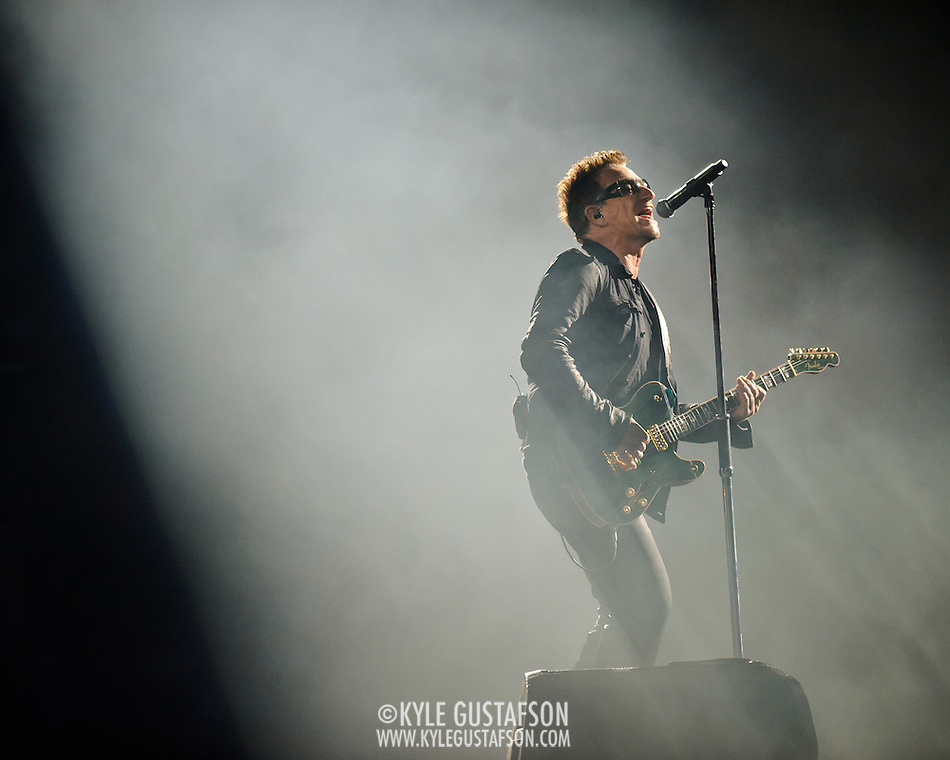 As for the show itself, this was the fourth time I’ve seen U2 and it was easily the best of the bunch. That can mostly be chalked up to the six songs they played off of Achtung Baby and noticeable absence of much of their newer material. I never got to see Zoo TV back in the 90’s, so this almost made up for that. Chris Klimek’s review for DCist has more if you are interested. 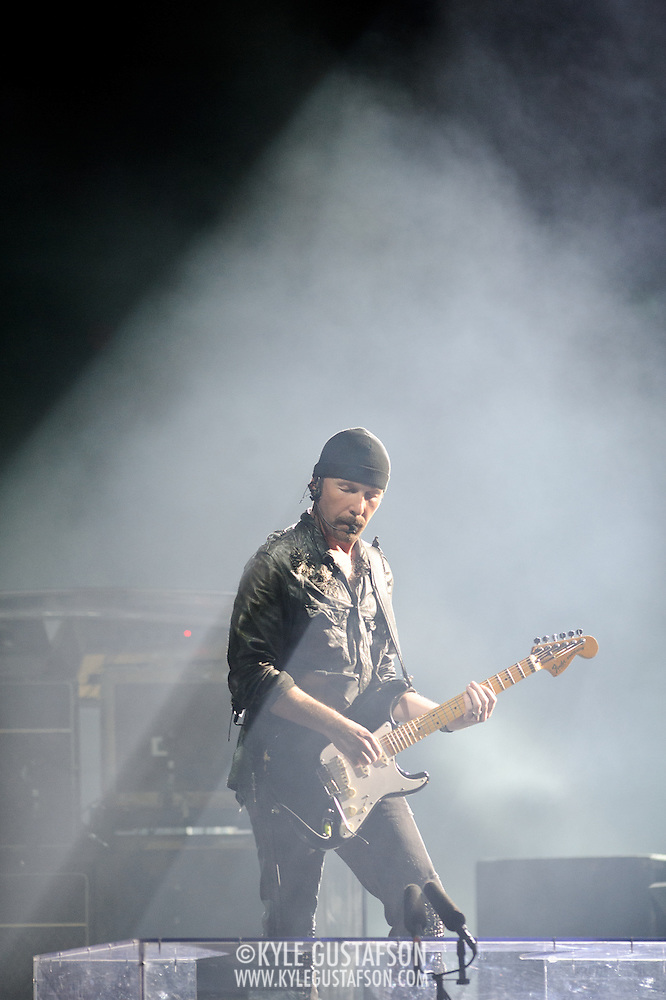 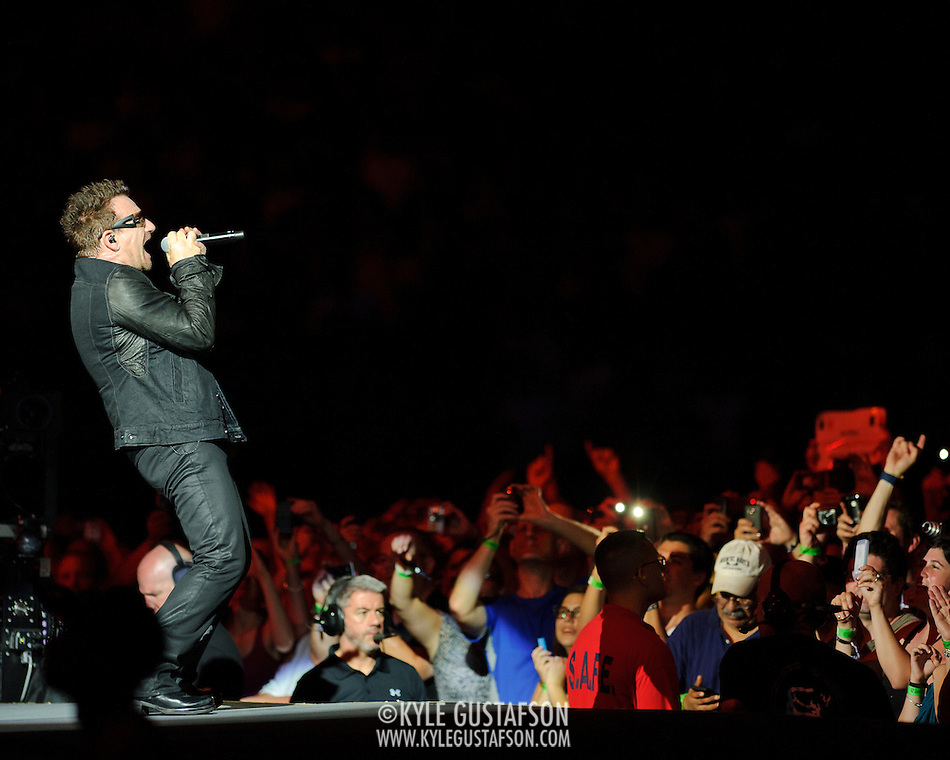 Full photo set below (head over to my Photoshelter gallery to see these photos in a full-size slideshow). As always, click on any photo to purchase prints. Don’t for get to follow me on Twitter or like me on Facebook if you want to stay current with what I am shooting.