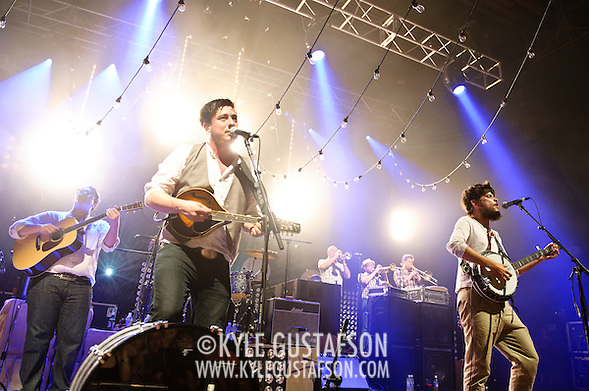 Mumford & Sons are the band of the moment. They’ve come out of seemingly nowhere to become one of the most popular bands on the planet. Last year they played a sold out show at the 9:30 Club for their first trip to D.C., then they did themselves one better by selling out Merriweather Post Pavilion last week. Not too shabby. 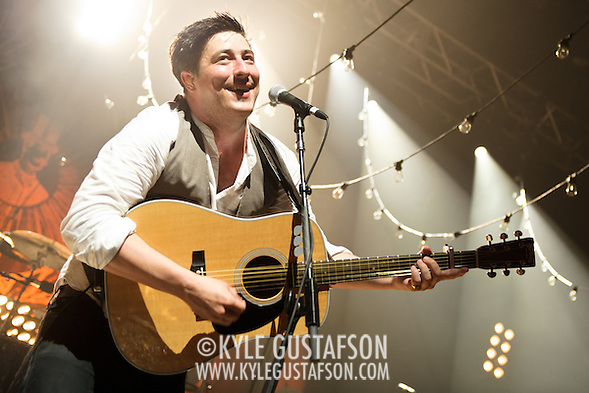 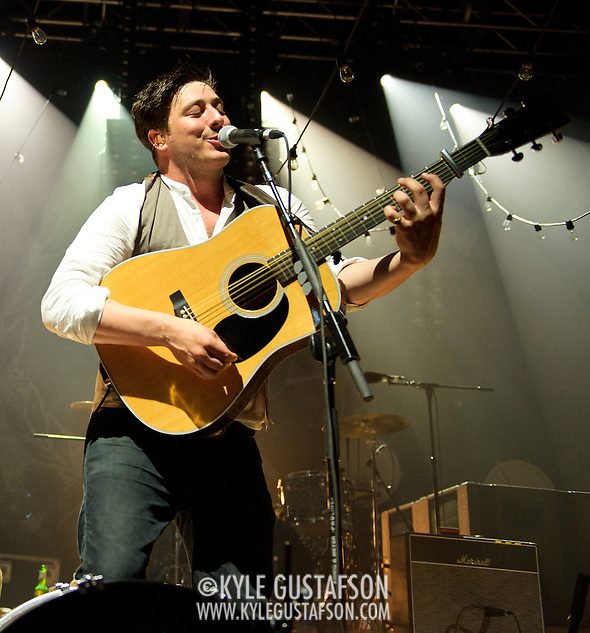 The band put a mounted video camera in the center of the photo pit for this show, so we had to choose a side of the pit to shoot from. Most of the other photogs went to the stage left side, so I decided to try the stage right side. Marcus Mumford was actually set up a little more on my side of the pit, but he tended to go to his left (and away from me) when he stepped away from the mic, although he did go right once or twice (as evidenced from the second photo). 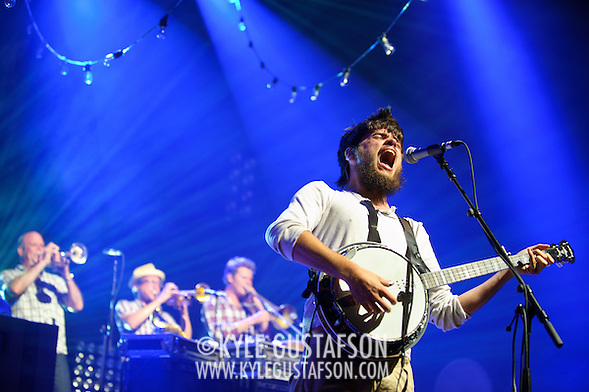 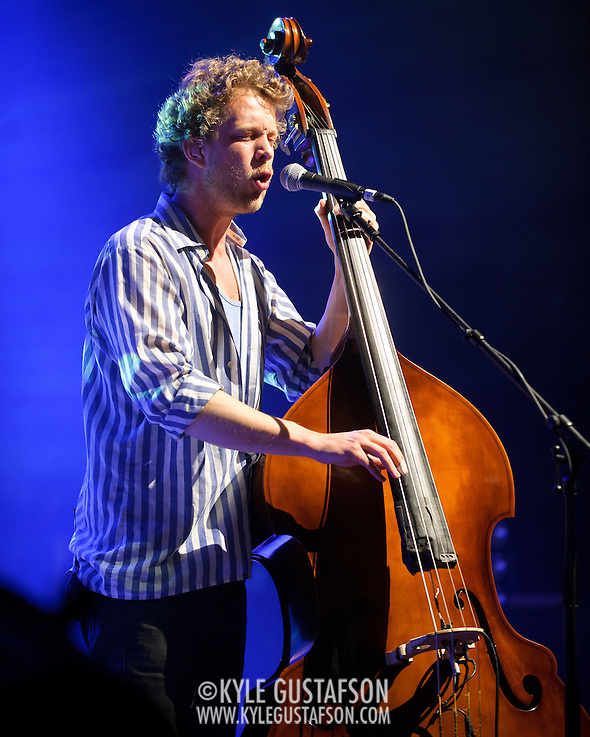 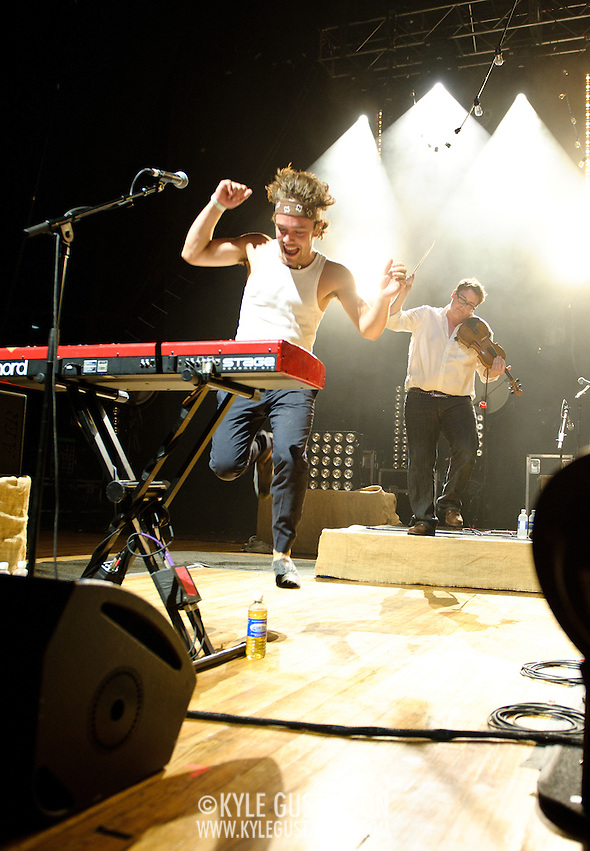 Lights were very low for the first song, so once the lighting got better during song two I focused in on lead singer Marcus Mumford to make sure I would get my “keeper” of him. Once I felt like I got that shot, I tried to get some wide group shots as well as focusing in on some of the other band memebers. Lights were bets during the third song when a deep blue wash was added to the background. 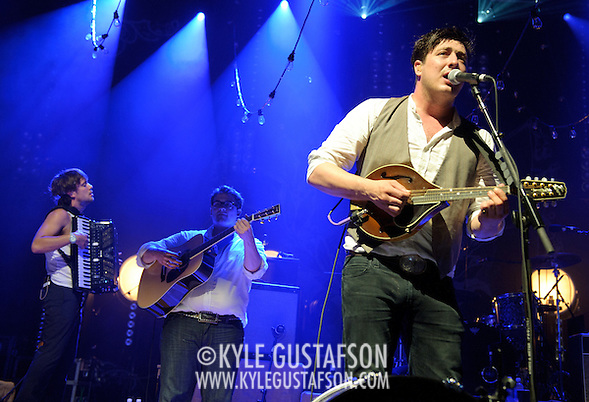 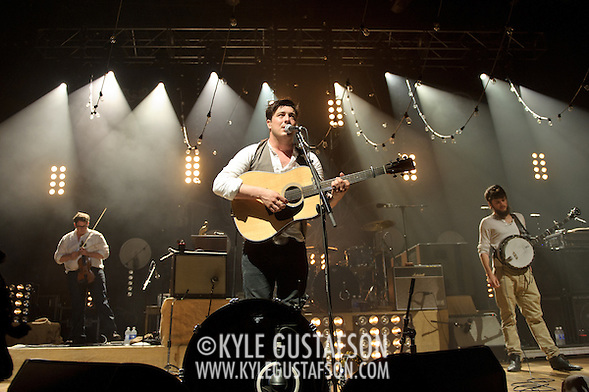 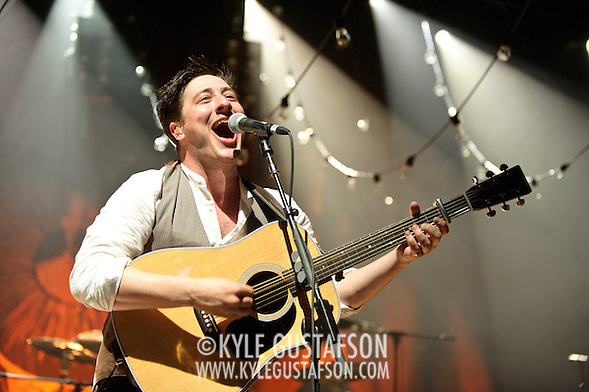