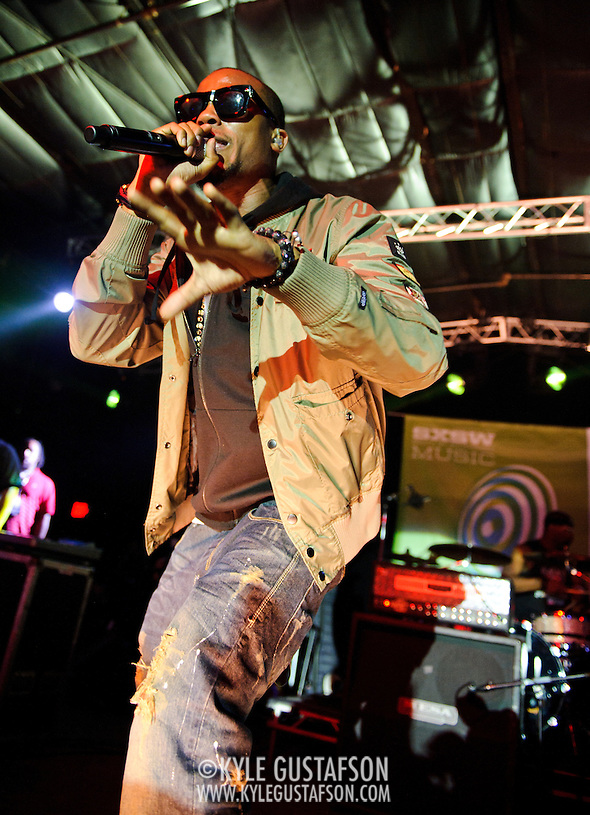 I got an email late in the day Friday telling me that I had a photo pass for the Atlantic Records showcase at La Zona Rosa that was supposed to feature Lupe Fiasco and Cee Lo Green, both of whom dropped off the bill, later to be replaced by B.O.B. and… Janelle Monae! But before Janelle took the stage, B.O.B. and  Wiz Khalifa had their turns. 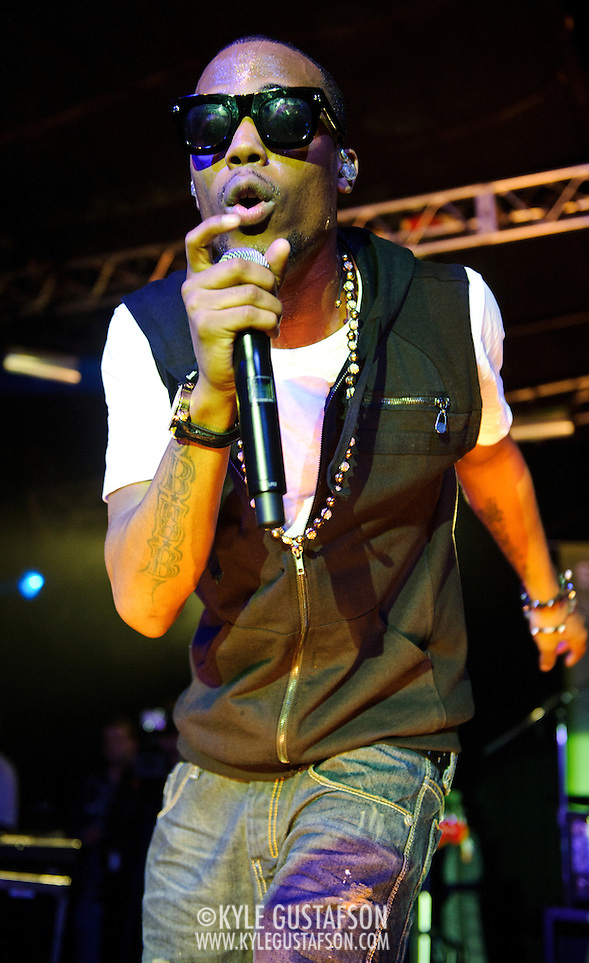 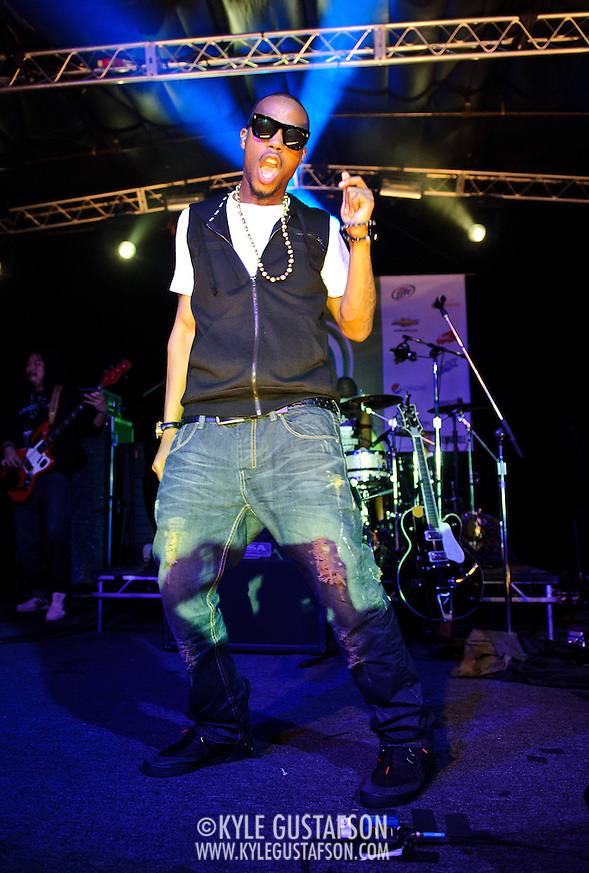 B.O.B. was pretty great. He’s got a very charismatic stage presence and really enjoys being a showman. Basically, he’s the exact opposite of Wiz Khalifa. I was really impressed with B.O.B.’s set. He’s a star. 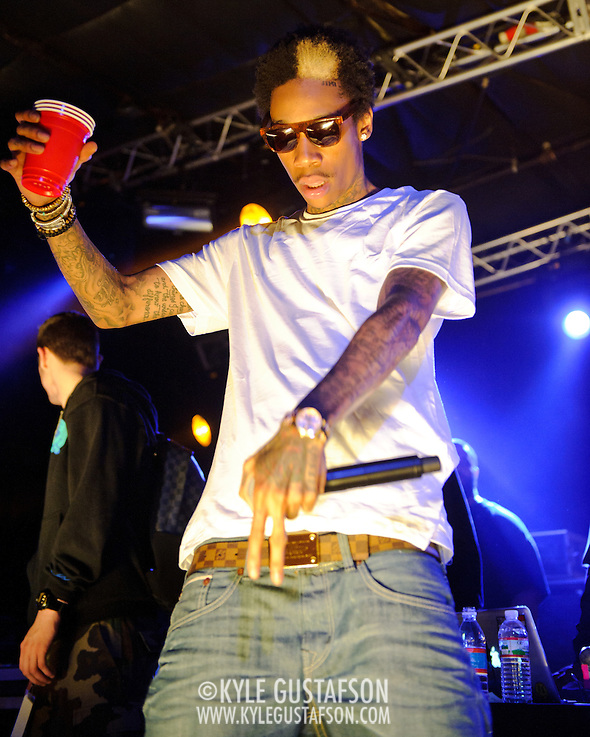 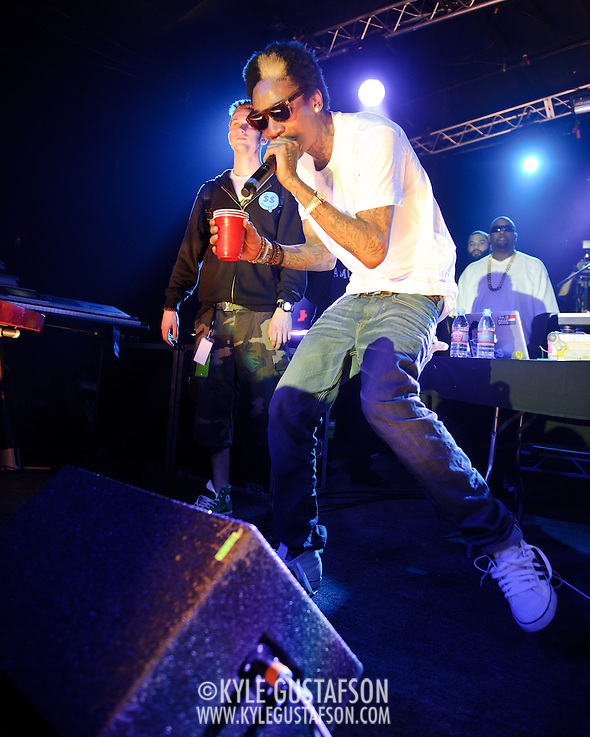 Wiz Khalifa, on the other hand, was content to wander around the stage, stick his tongue out every once in a while while telling everyone how much weed he smoked before taking the stage. He’s a bit of a one-trick pony. 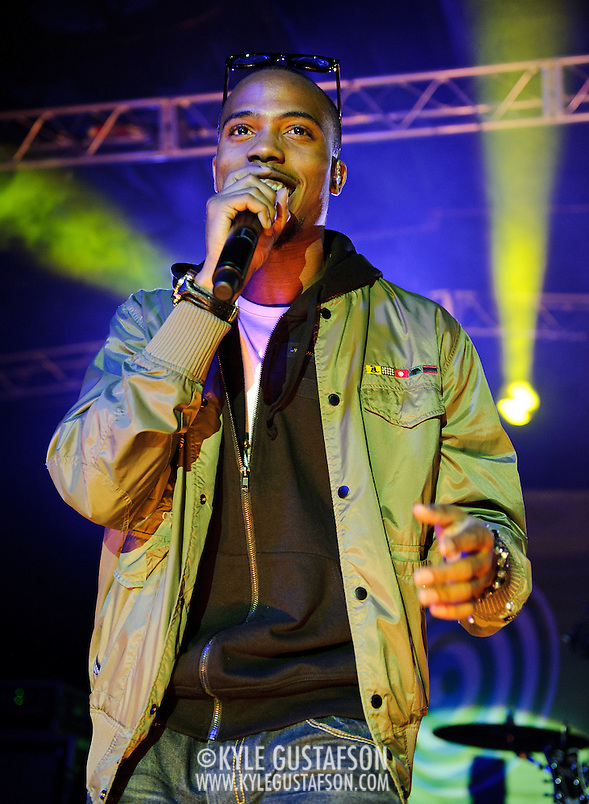 The lights for this show were very strange. The backing lights were green and blue and the performers were lit by two spotlights and the set of gold strip lights laying across the lip of the stage. The treatment made Wiz Khalifa’s white t shirt look like a nuclear reactor.  Metering was very tough. 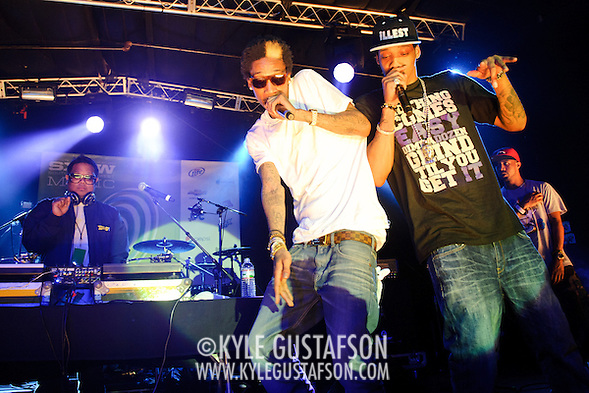