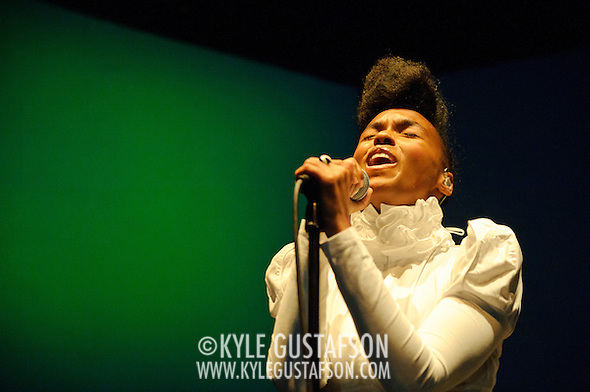 After shooting Janelle Monae not once, but twice earlier this year, I was very excited to get the chance to shoot her in the cozy confines of the 9:30 Club.  On Monday she started her national tour with Kevin Barnes and Of Montreal. 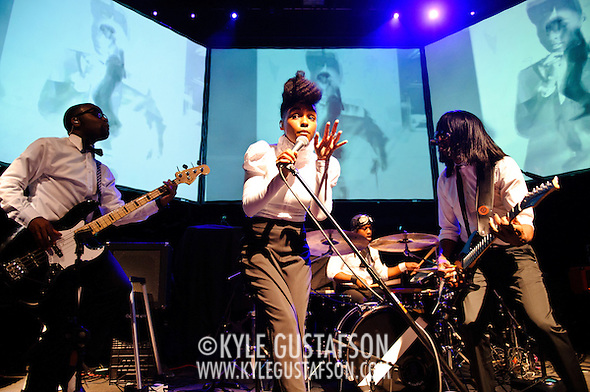 Despite a strong performance on her part, it was hard to overlook the problems in her set, mostly the insanely loud bass that overpowered everything else.  Her vocals were buried deep in the mix but that didn’t stop Monae form giving it her all. 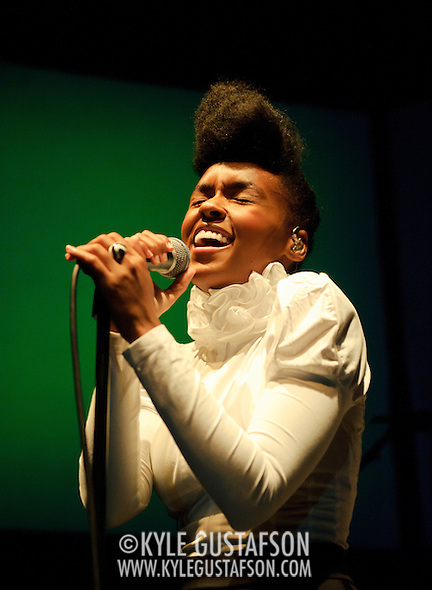 The shooting situation for this show as unlike any other I have ever shot.  There was a photo pit and we were allowed to shoot the entire performance, but (and there is ALWAYS a catch) only two photogs were allowed in the pit at a time, which is far from ideal. I shot the odd numbered songs which ended up being pitch black, slow song, slow song and Tightrope. Lighting for her set was less than ideal (i.e. it was really fucking dark) so the slow songs were actually a blessing because I could lower my shutter speed and get a shot that wasn’t all blurry. The downside to that is I got most of my usable stuff when she wasn’t whirling around the stage like the dynamo she is. That said, I think it’s a good contrast to my previous shots of her. 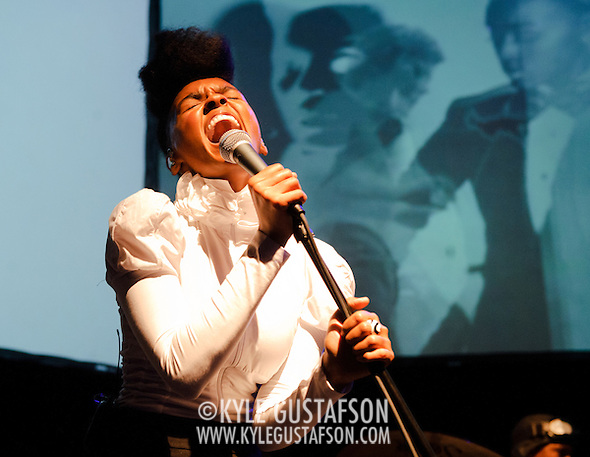 This set was shot on my Nikon D3 with a 24-70/2.8 attached and a D700 with a 35/2. Both bodies were set to ISO 4000. Even after shooting her in these less than ideal conditions, she is still my absolute favorite artist to shoot. 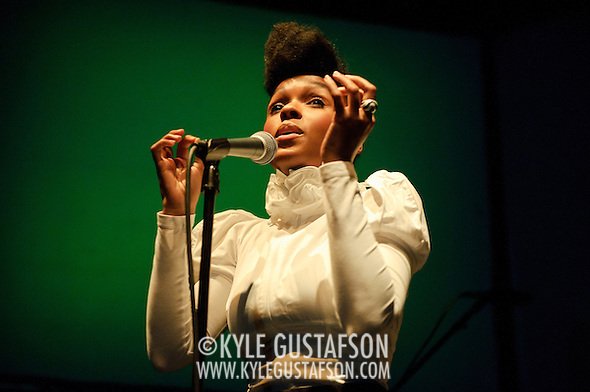