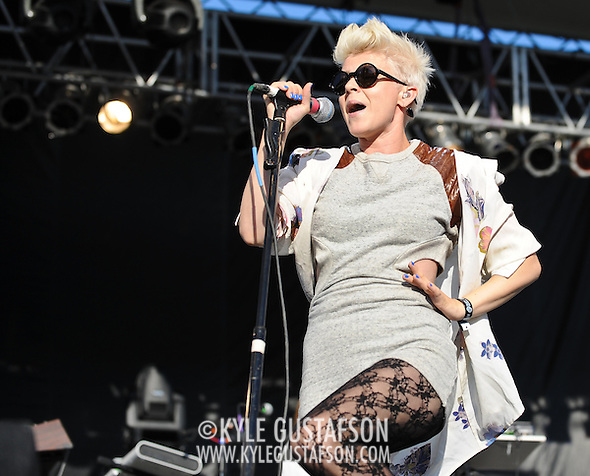 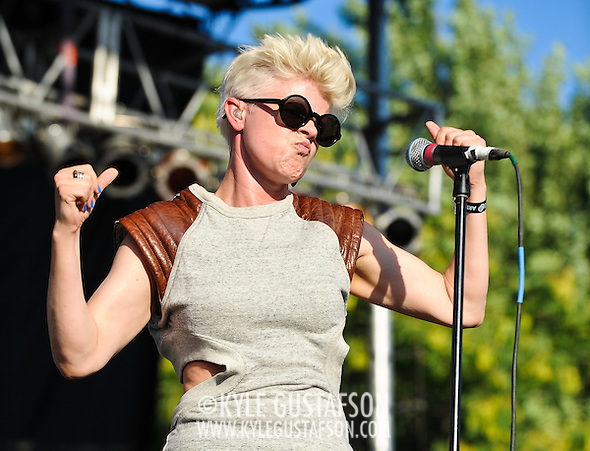 Day one at Pitchfork was kind of a bore. Lots of acoustic guitars in the first few acts of the festival, which made Robyn’s swedish electro-pop all the more welcome. She and her band (consisting of two drummers!) took the late afternoon slot on the main stage and really woke the festival crowds out of their doldrums. 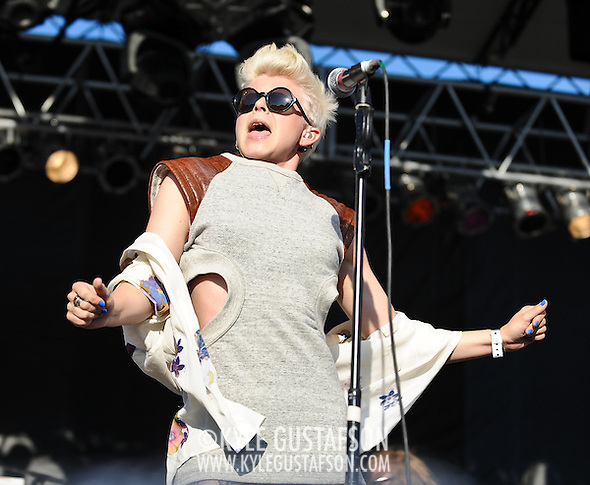 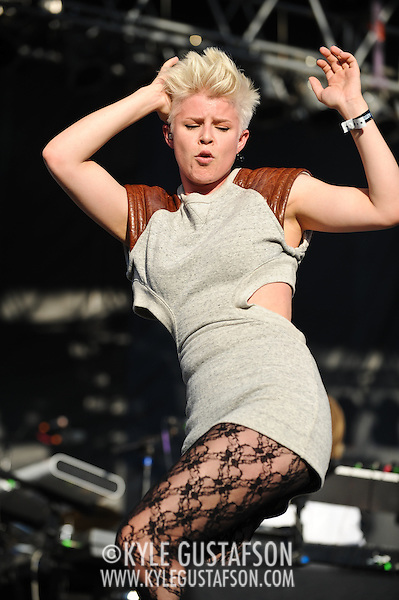 The pit for this set was very crowded, but I still found room to move around and try and get a variety of shots. She stayed behind the mic for the first song and a half before finally moving around the stage during the latter part of our allotted shooting time. I was very happy when she took of her sunglasses for the third song. 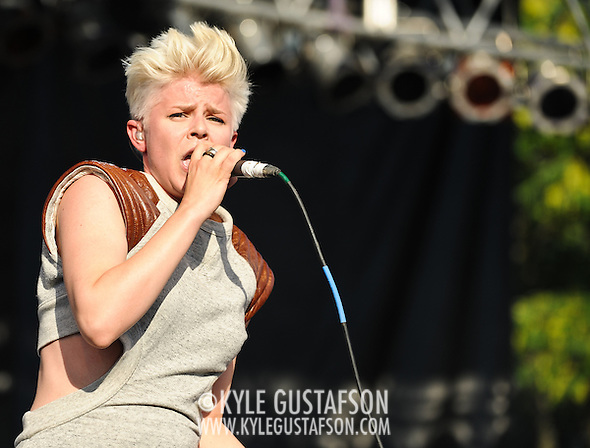 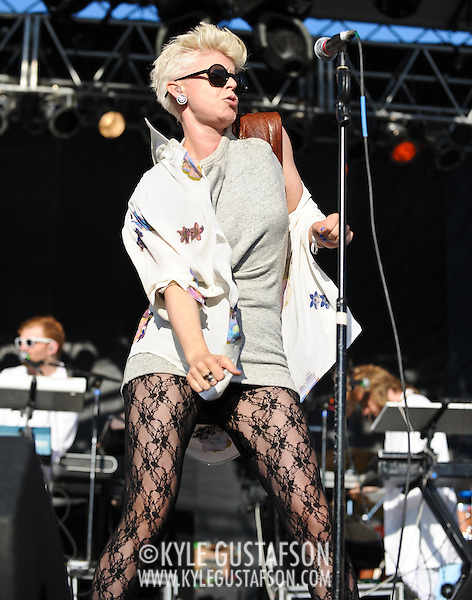 Click here for the rest of my 2010 Pitchfork Music festival photo sets.