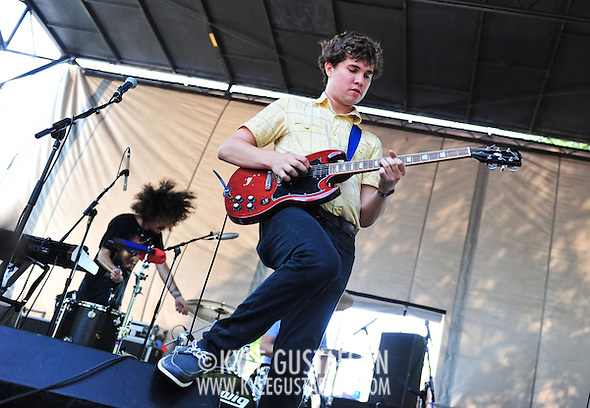 Surfer Blood’s Astro Coast is definitely one of my favorite albums of the year and their set at the 2010 Pitchfork Music Festival was the second time I’ve caught them this year. The band look like they are all teenagers although at least two of them are over 21. The crowd at the B Stage swelled to capacity levels for their set, a sign of big things to come for these guys. 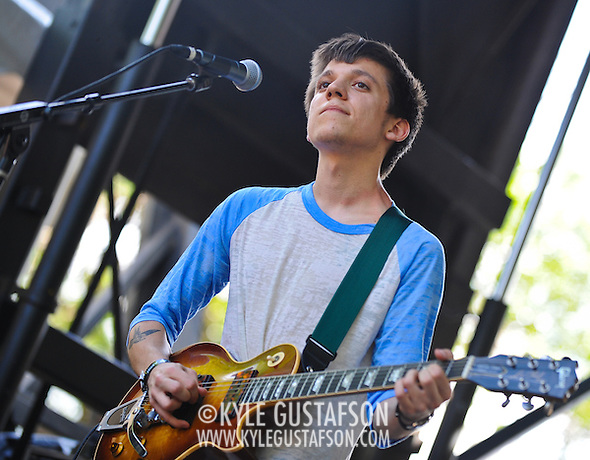 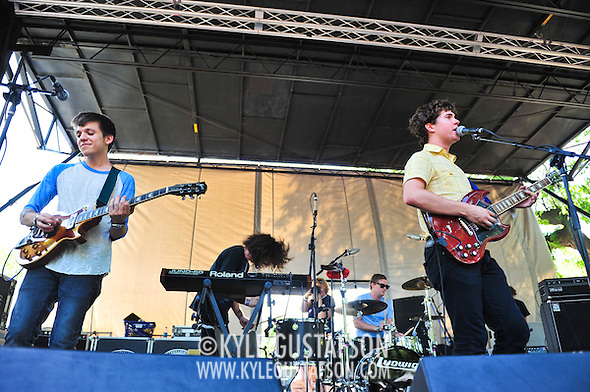 Light at the B Stage was less than optimal, with the trees around the stage blocking out most of the natural light. Depending on what angle I shot at, there was up to a 4 stop difference from metering one photos to the next. 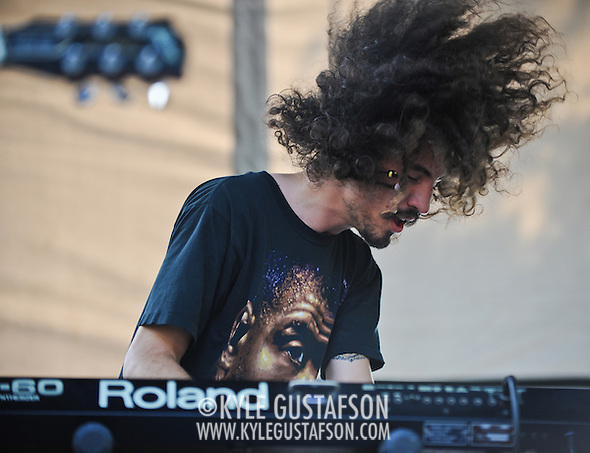 I spent way too many frames trying to get some serious hair action from the band’s percussionist.