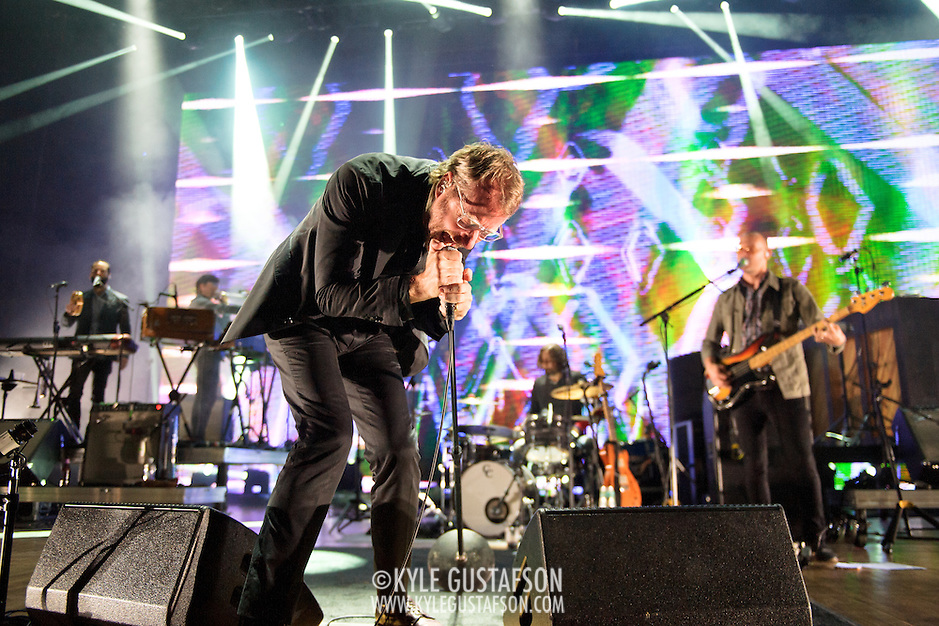 I had really mixed feelings about this show. One one hand it was very exciting to shoot The National, a band I’ve been shooting regularly since 2006, headline a show at Merriweather on the heels of their latest album release. I’ve followed their career up the ladder, from the Black Cat to the 9:30 Club to DAR to Virgin Fest. I’ve also shot them at the Pitchfork Festival and ACL. On the other hand, they’re at the point in the career now where they have a photo release and I have to get permission from their PR agency just to post these photos here. I was really disappointed to have to sign that release and after talking to some of the other photogs covering this show, I wasn’t the only one. 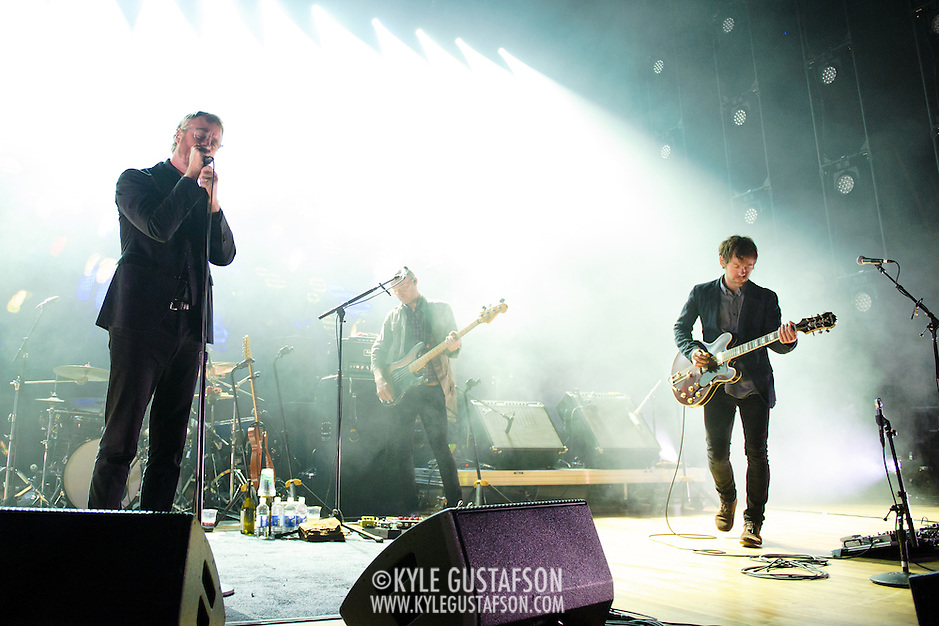 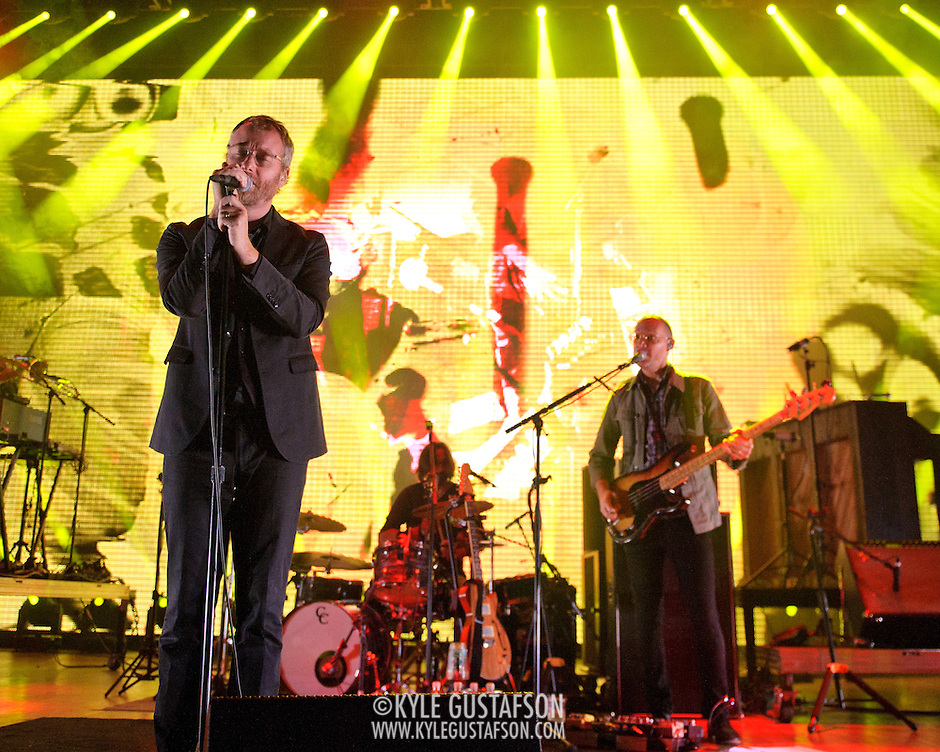 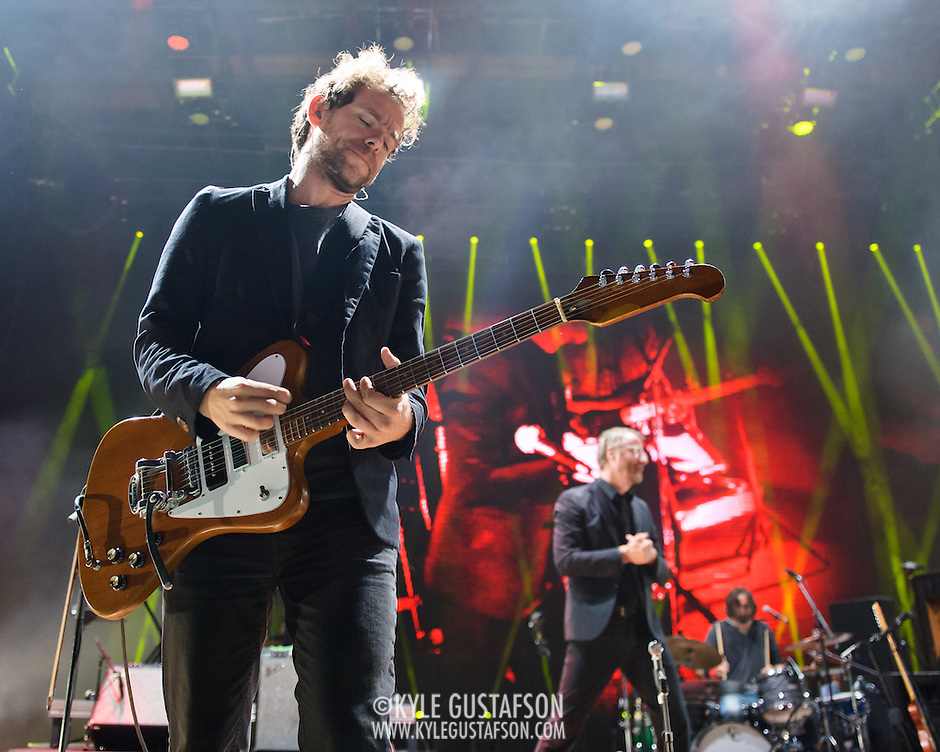 SHOOTING NOTES: The actual act of shooting this show as also a mixed bag. The National are notorious for the slow starts to their shows and I was very excited to see them playing three of their more upbeat numbers to open this tour. Unfortunately there were six or seven huge bass cabinets in the pit at Merriweather that made it very difficult to move around. There was ample room to shoot in between the cabinets, but it was almost impossible to move around them. As a result, I was basically stuck on one side of the stage. There was also a venue video camera operator stationed in the very middle of the pit and getting around him was also extremely difficult. I had to nudge him to get by him at one point and apologized in between songs. Tough sledding. Lights started out bad and got progressively better. I wouldn’t exactly call it good lighting, but it was probably the best IU’ve ever shot them in. On the positive side, the band were into it and performed accordingly, Matt Berninger especially. I got my favorite shots of the night with my last few frames, which is always a good feeling. 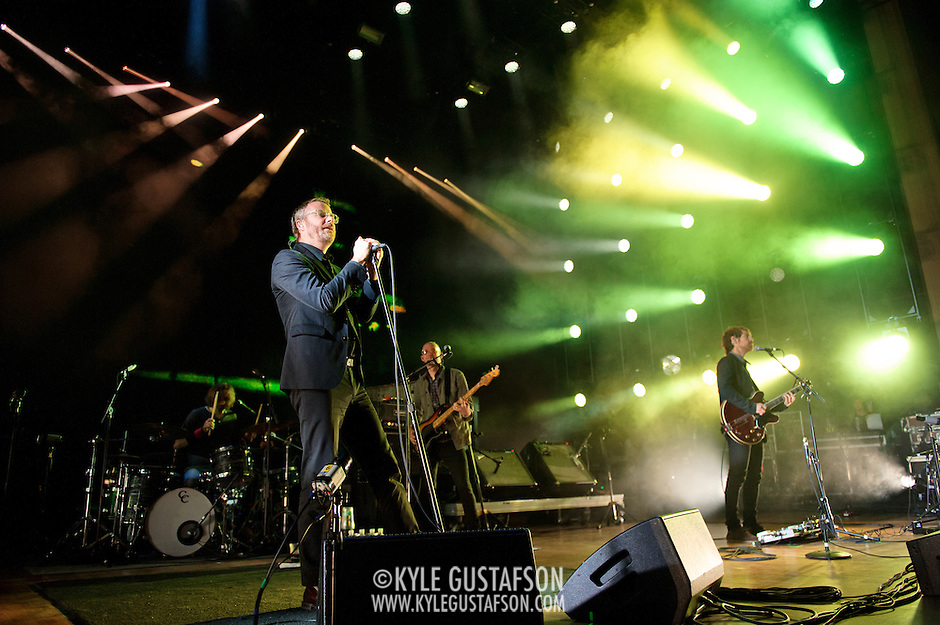 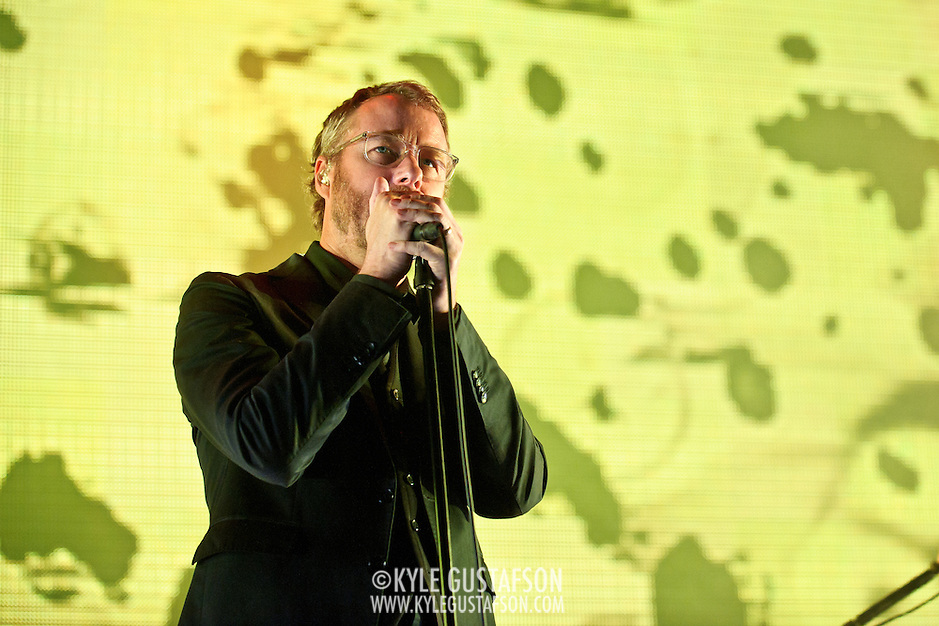 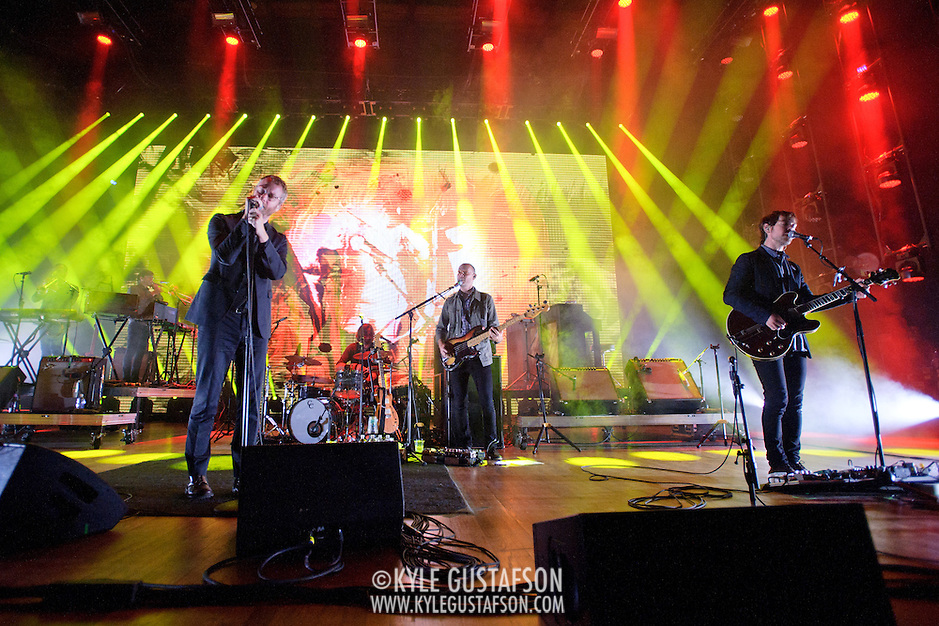 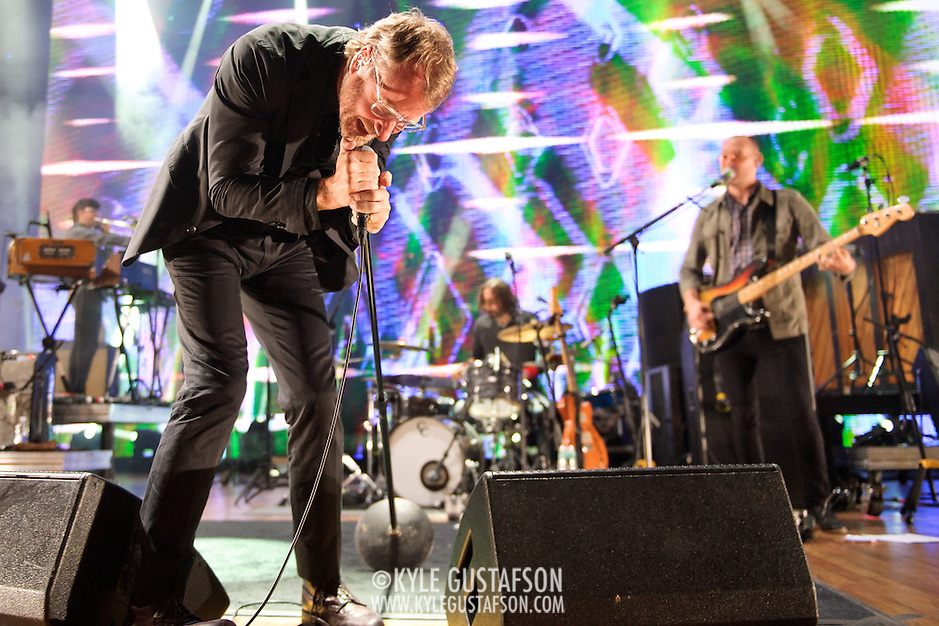 Due to a restrictions from the band, these photos are not for sale. Check my photo archive if you want to buy some prints from other shows.
FOLLOW ME: Don’t forget to follow me on Twitter or like me on Facebook if you want to stay current with what I am shooting.
Please don’t reuse these photos without my permission. The slideshow below has embed code you can use if you want to put these photos on your blog. Please link back to this post.