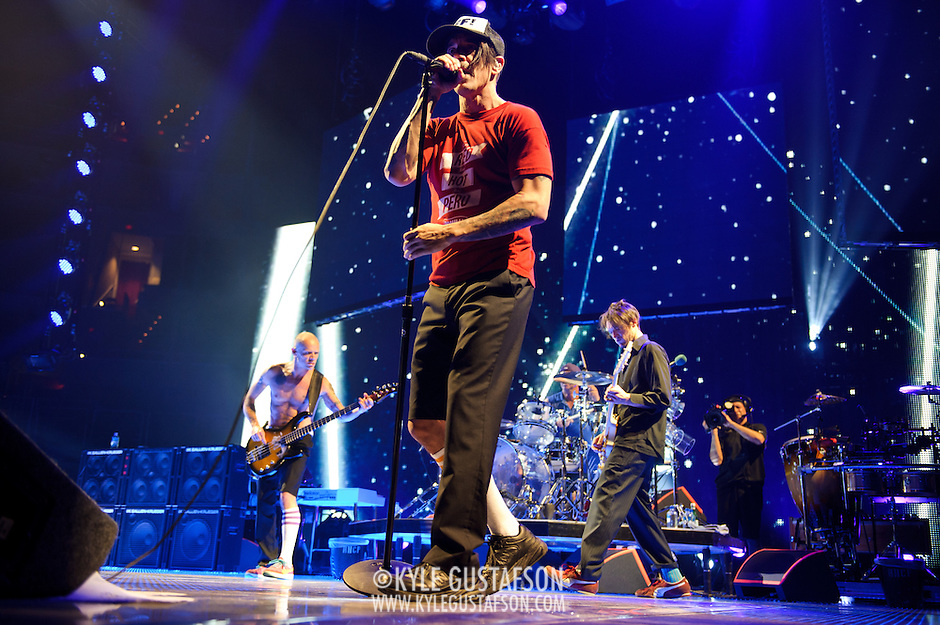 This was a show I had been waiting for for a long time. I had only shot the Chili Peppers once, back in 2006 at the Virgin Festival in Baltimore. I remember that gig quite vividly. I had just purchased a brand new Canon 70-200/2.8 and was very eager to use it. The band skipped DC when they toured behind their previous album, Stadium Arcadium, so this was their first trip back to the area since the festival. 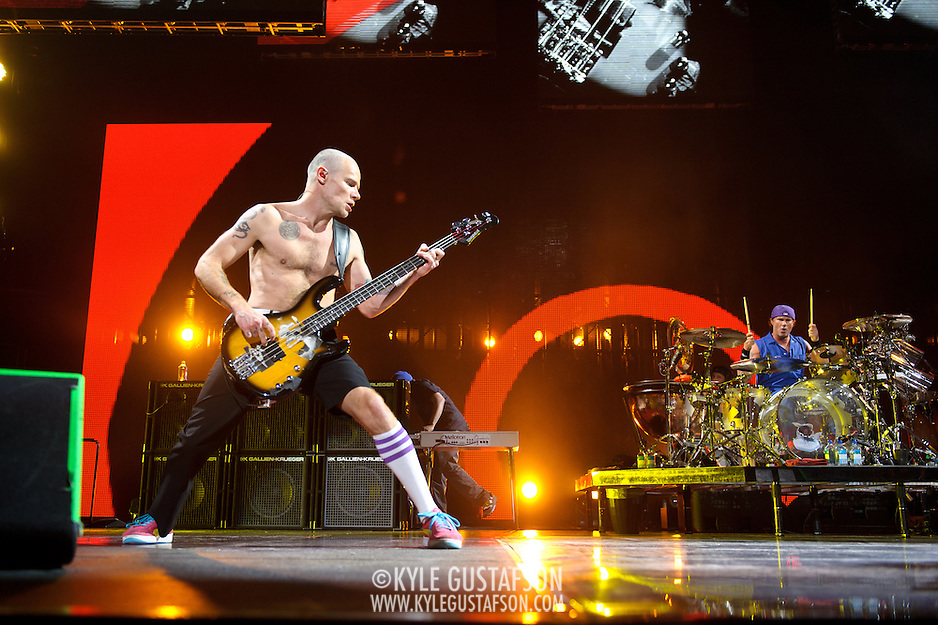 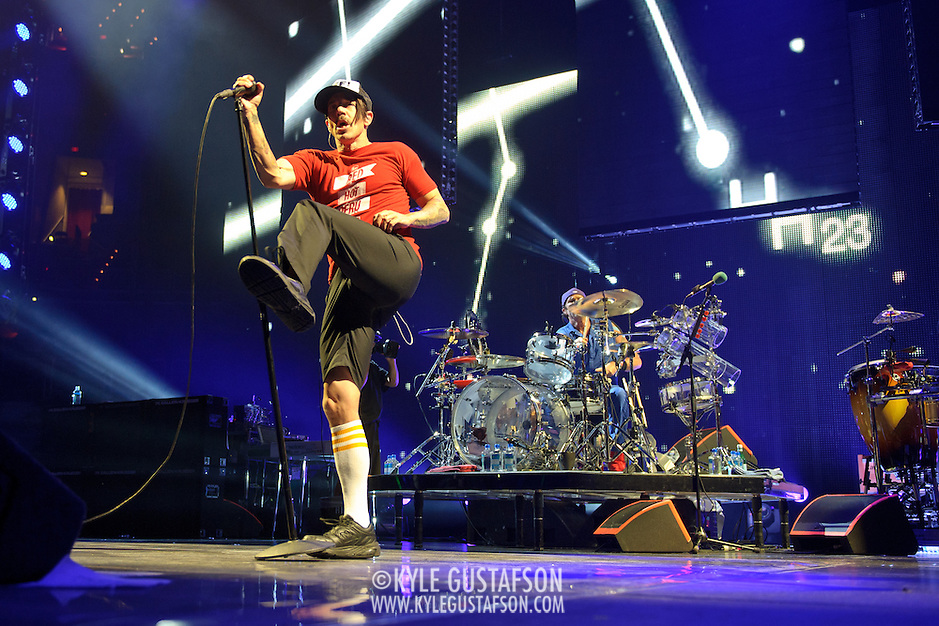 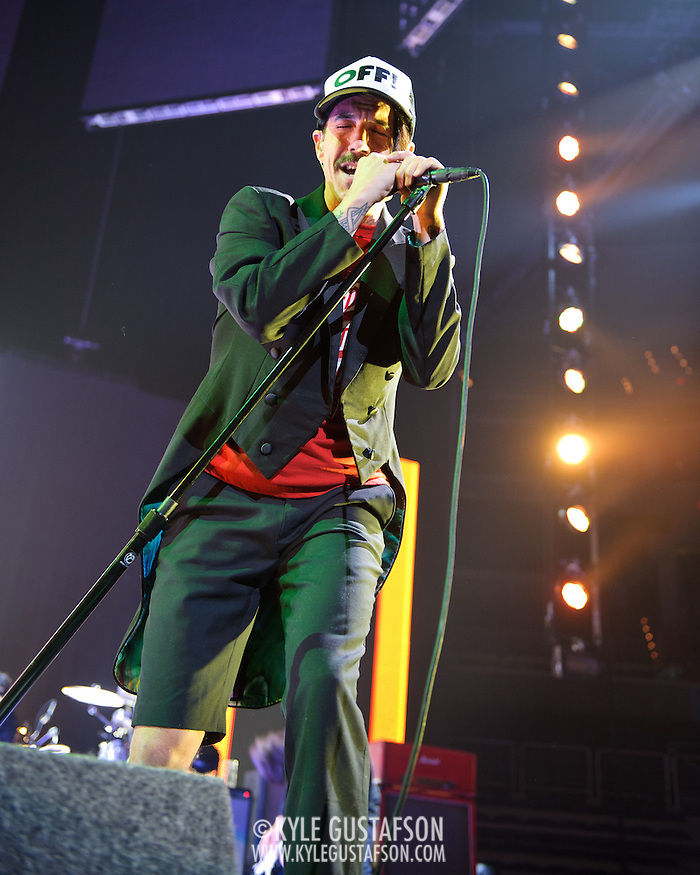 Lights for this show were fine, but there were numerous obstacles in the sight lines. There was a line taped to the floor in the photo pit that the photographers were not allowed to cross, so we were relegated to the back end of the photo pit. Normally this wouldn’t be a problem, but the band had a lot of monitors on the lip of the stage along with 3 video cameramen. There was one angle, stage left, in between Anthony Kiedis and Josh Klinghoffer, that provided a somewhat clear view of the stage, but stage right was blocked by a video cameraman. Basically if you went to that side of the stage, you could only shoot Flea. I was concentrating on getting a nice group shot, so I spent most of my time using the clean angle, which (sadly) didn’t leave much time for photos of Flea. 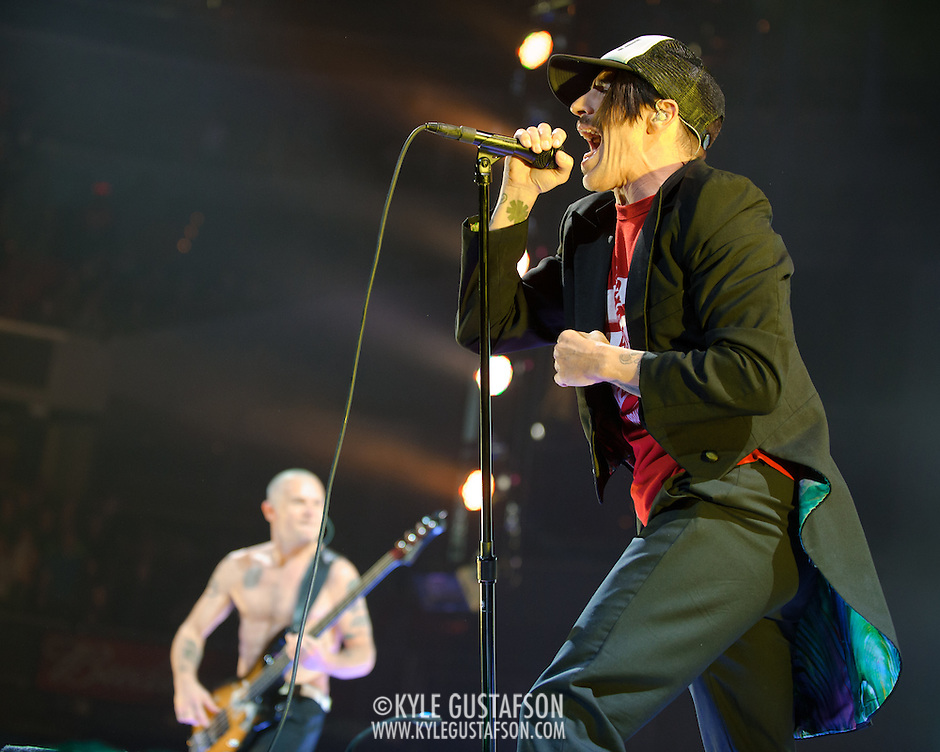 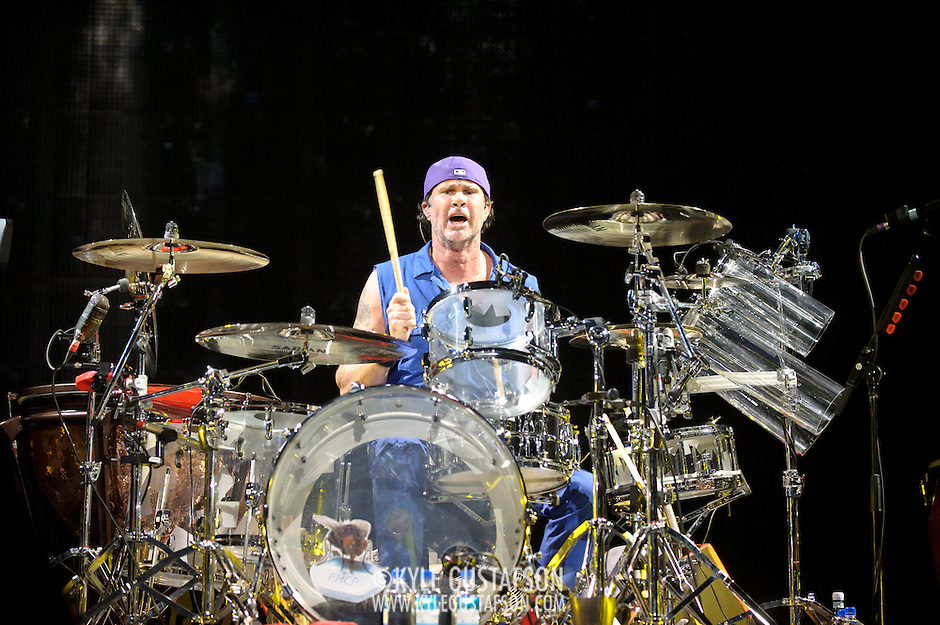 To make matters worse, there was a guy, presumably from the tour, in the pit guarding the area in the front of the photo pit that the photographers were not allowed in. He kept pacing back and forth and ended up in quite a few of my frames. I am all for bands setting their rules, but this guy was a bit overzealous guarding his turf and there was absolutely no reason for him to continually try and get in peoples frames. Between his big melon and the stage monitors, it was impossible to get a nice wide shot of the stage set up and production. Bad form all around. 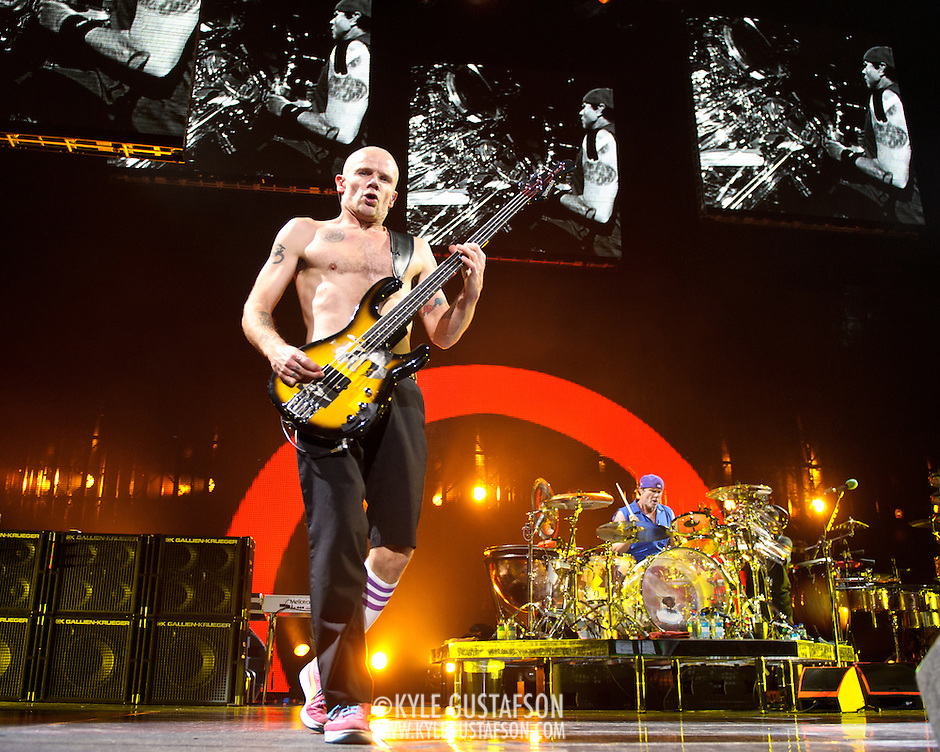 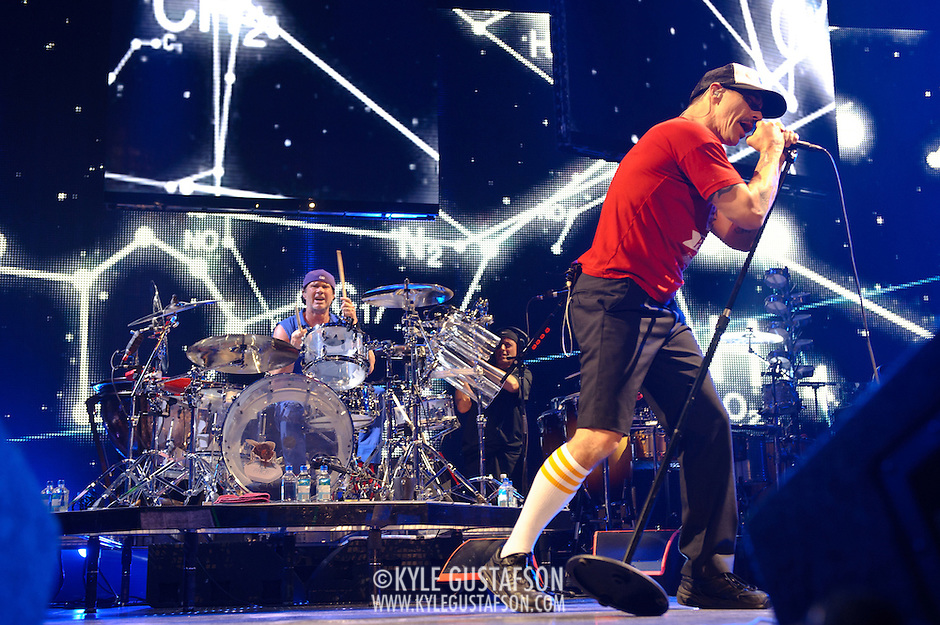 Nit picking aside, the band sounded great and the stage production was impressive. I was happy to get “Dani California” and “Otherside” during the first three songs.  Kiedis had a hat on which made getting shots of his face when he was singing pretty difficult. He eats his mic when he performs and always has. Two foot surgeries have robbed Kiedis of many of his stage moves, so if you want to get an action shot during this show, stay on Flea. I just missed two jump shots with him and wish I would have spent more time with him. My advice for shooting this show would be to stick with Flea for the first song, move around and get Chad Smith and Klinghoffer in the second and the Kiedis in the third using the clean angle I talked about earlier. 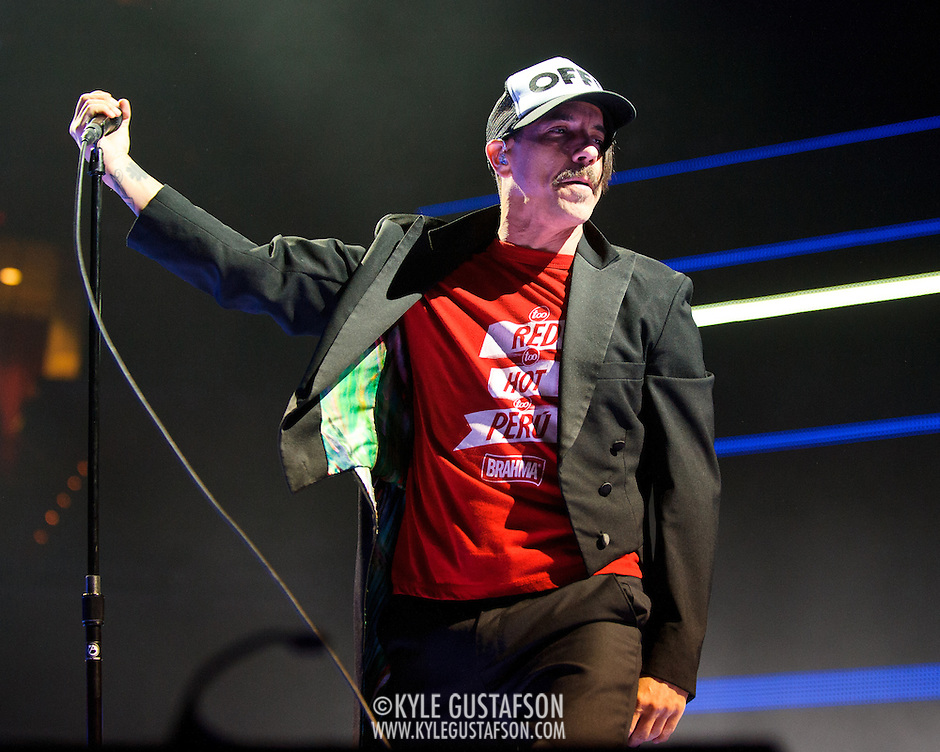 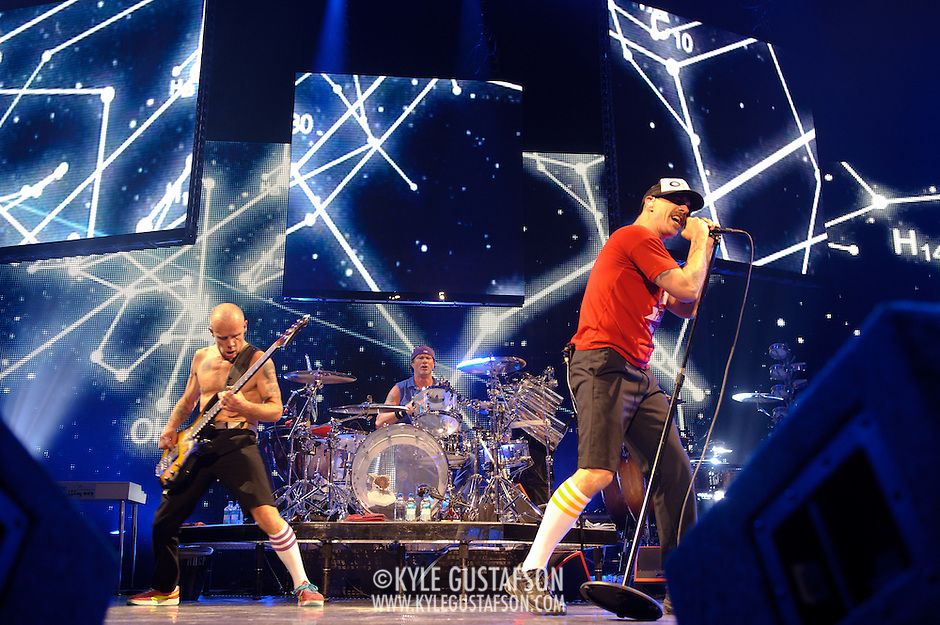 Full photo set below. Photos are not for sale due to restrictions in the photo release I was forced to sign to shoot this show.
Don’t forget to follow me on Twitter or like me on Facebook if you want to stay current with what I am shooting.
Please don’t reuse these photos without my permission. The slideshow below has embed code you can use if you want to put these photos on your blog. Please link back to this post.