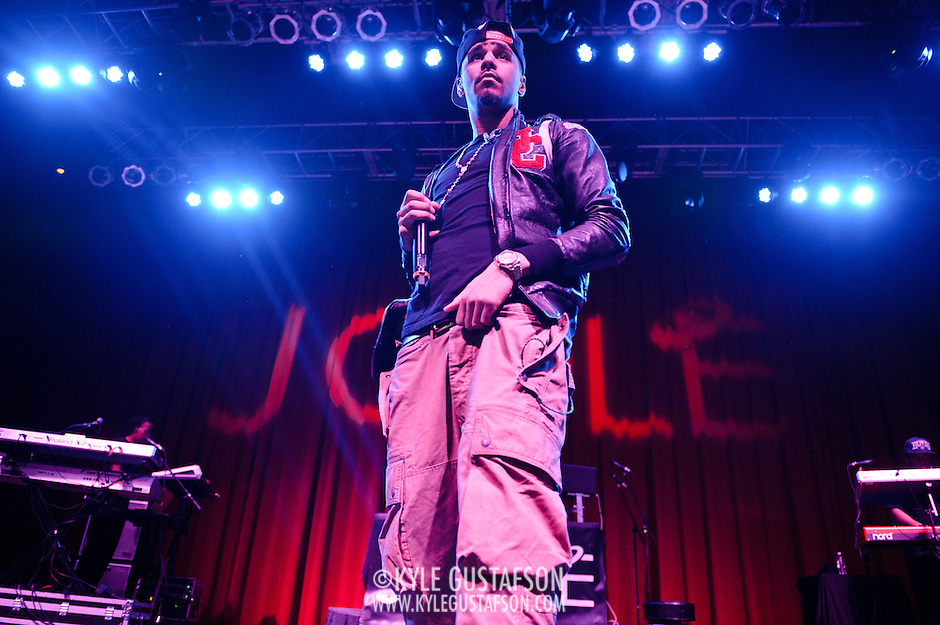 J. Cole, an up and coming rapper originally from North Carolina, is one of the hottest artists in the game. His debut album just debuted at No. 1 on the Billboard Hot 100 and that same week he headlined the Fillmore in Silver Spring. 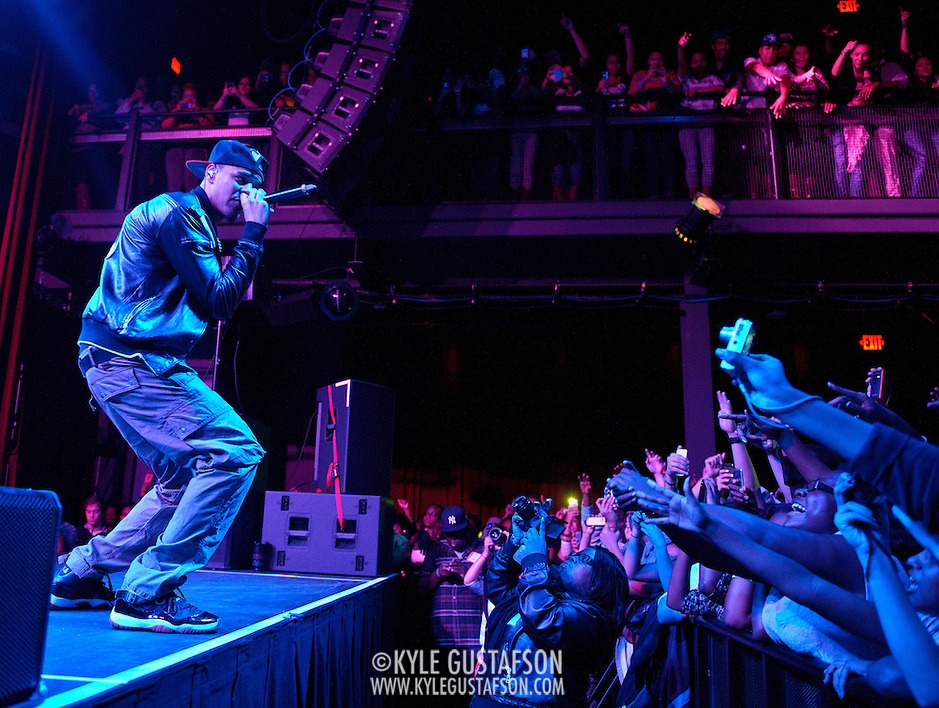 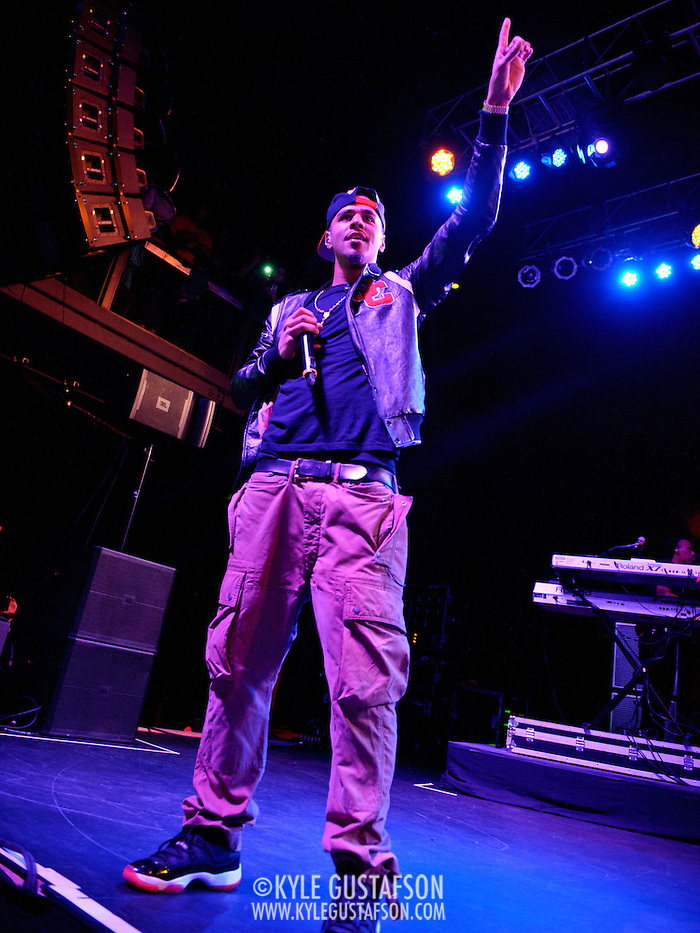 He has an easy presence on stage, not trying too hard, yet he’s able to work the crowd with ease. He had them eating out of his hand from the second he stepped foot on stage. 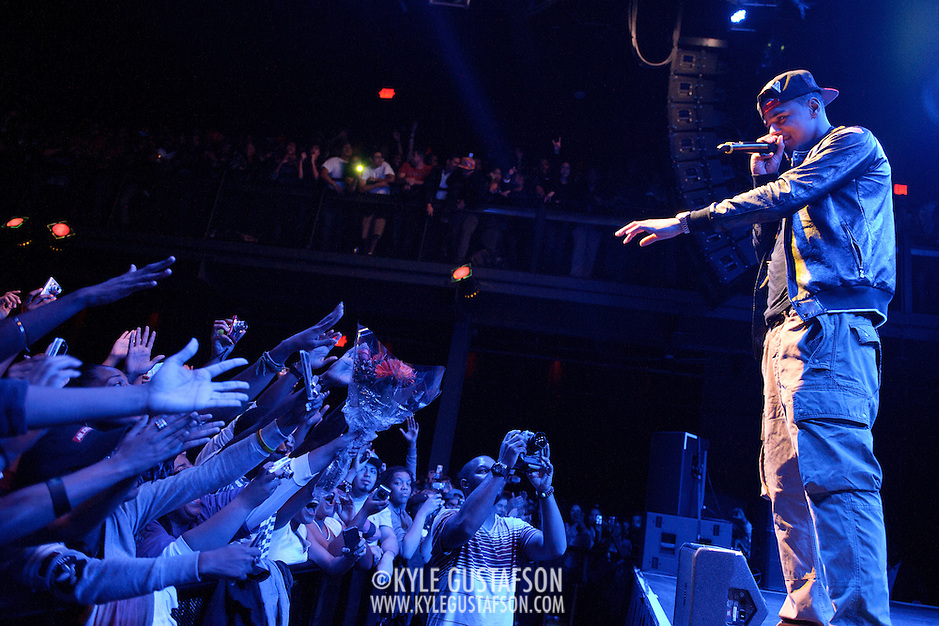 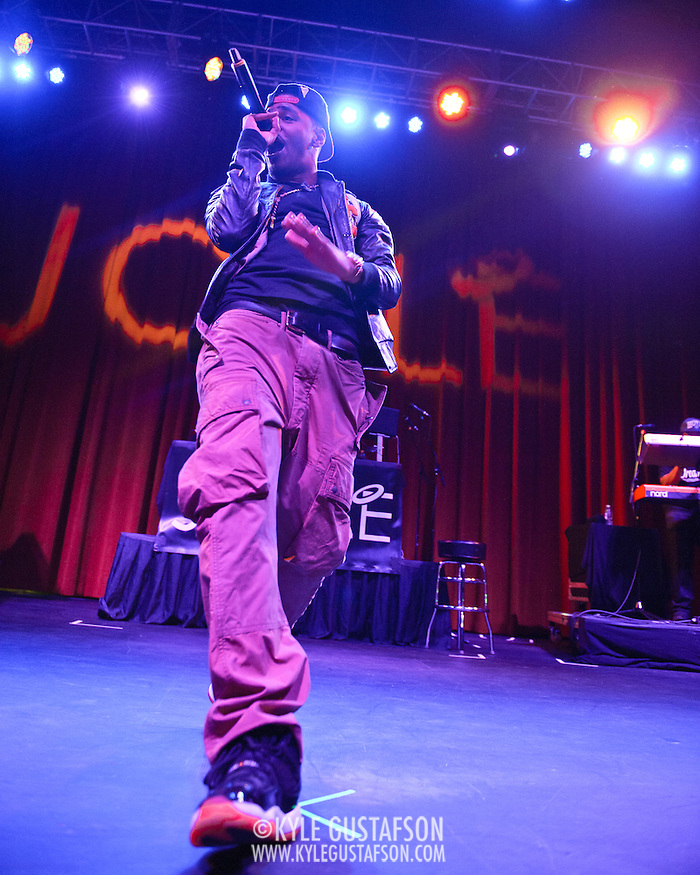 Lights were pretty good, although they were pink and blue for the majority of the time. But there was a very wide pit and that made shooting this pretty easy. It’s a luxury to be able to move around and shoot from wherever you want to and I certainly enjoyed it while it lasted. 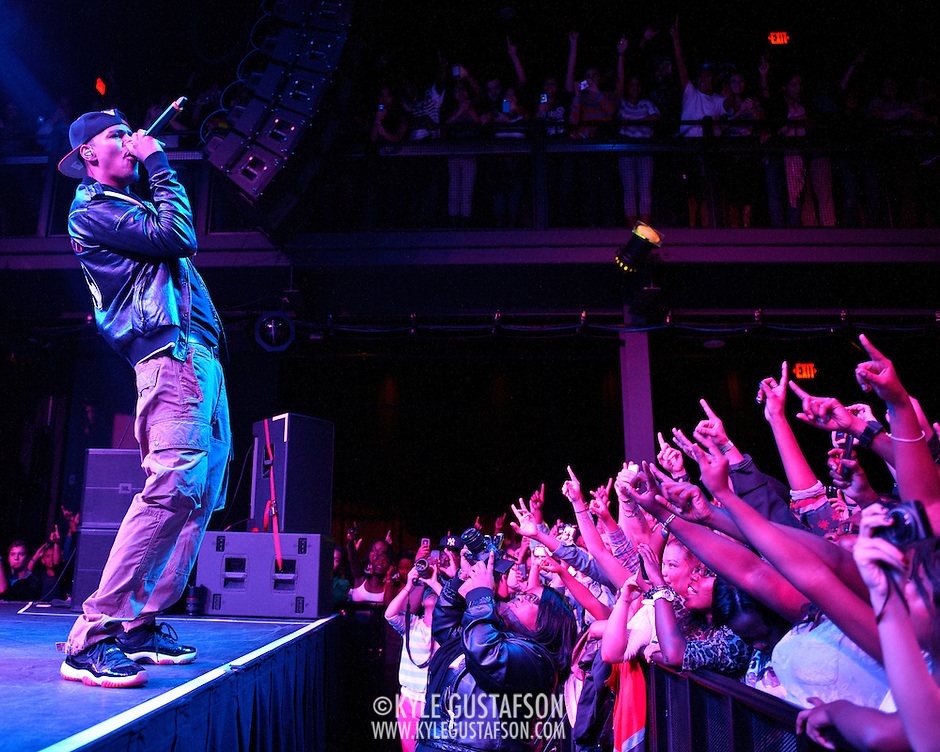