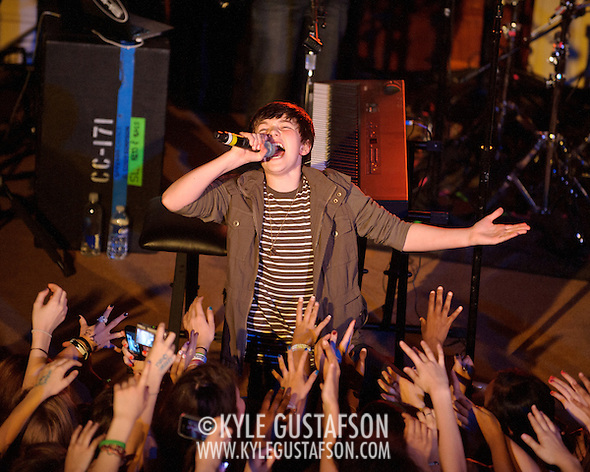 I always jump at the chance (no pun intended) to shoot tween shows. It’s not that much different from shooting a metal show, and by that I mean the crowd is just as much fun to photograph as the artists are. That was definitely the case at this show. 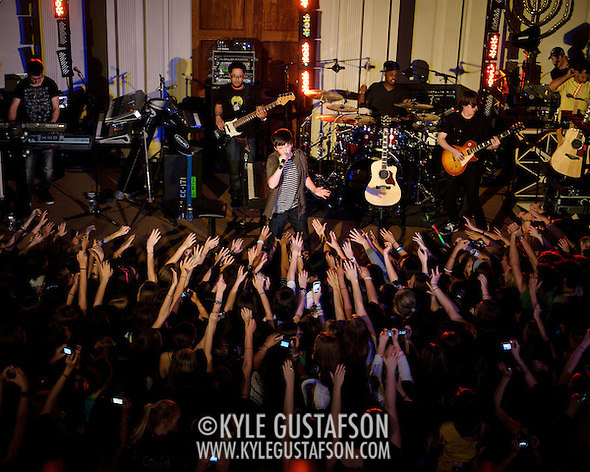 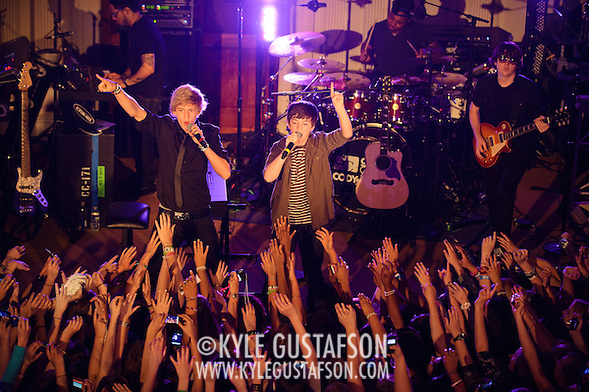 I was told there would be a photo pit for this show (and there generally is at 6th & I) but when I arrived,  most of the ground floor of the venue had been overrun by the fans. They were pressed up as close to the stage as they could be. I originally planned to shoot from the back of the crowd but after the first minute of the first song I knew that wasn’t going to work. So I ran upstairs and started shooting from the aisles up top. This turned out to be a much better vantage point. I could get Chance and the crowd in the frame. 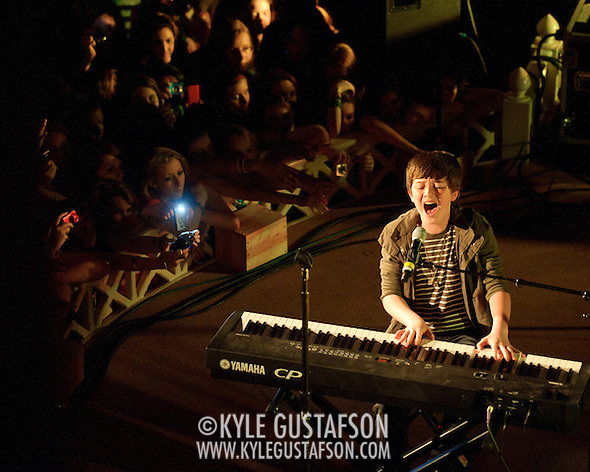 Chance, as I’m sure you know, the Youtube wonder that is now signed to Ellen Degeneres’ record label. Honestly, he wasn’t bad. His short set did indeed include his piano-driven Lady Gaga cover. 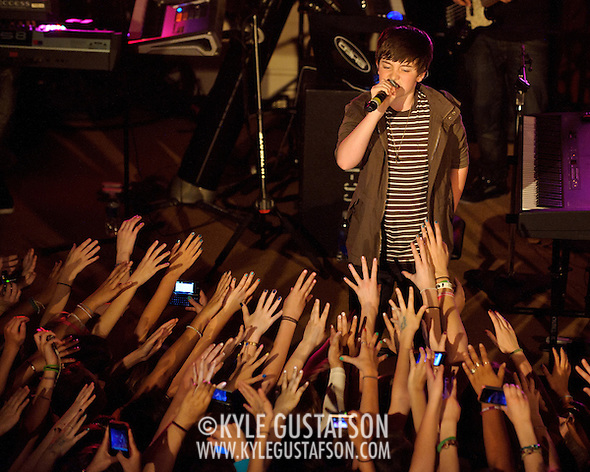