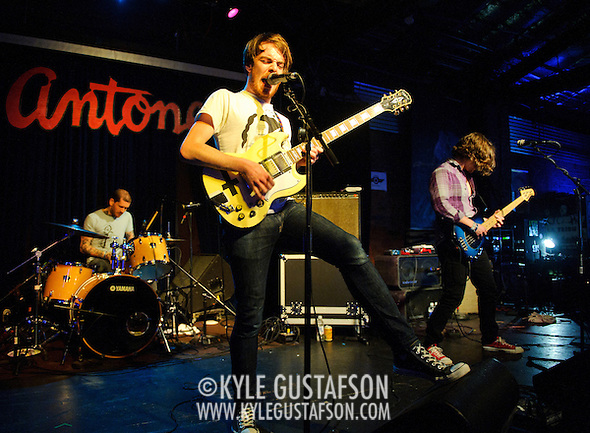 I went  the Live4ever.com British Music Day Party on Thursday because I was determined to see The Boxer Rebellion at least once while I was in Austin, and I did, but I left being much more impressed with another band on the bill. 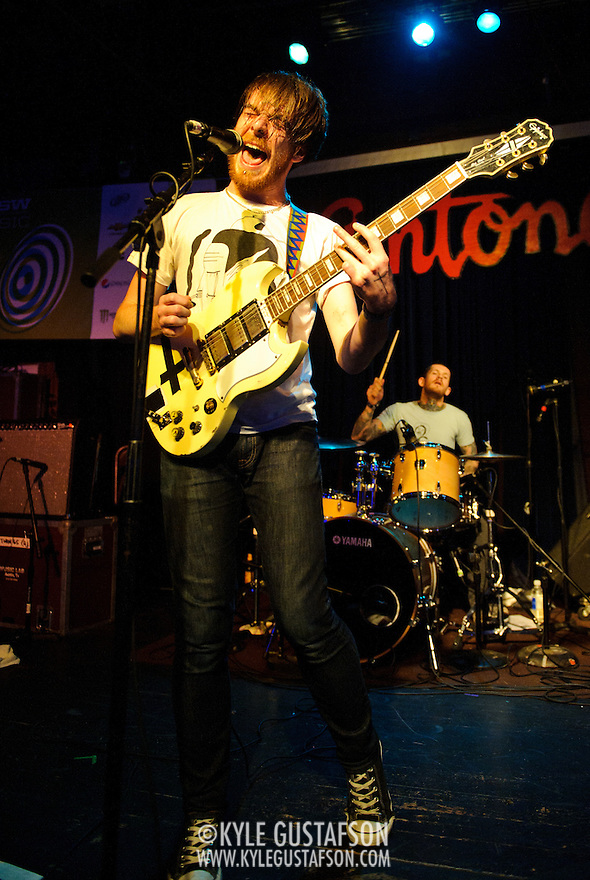 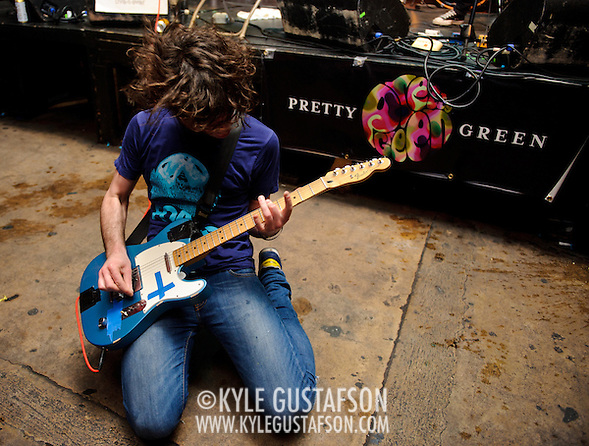 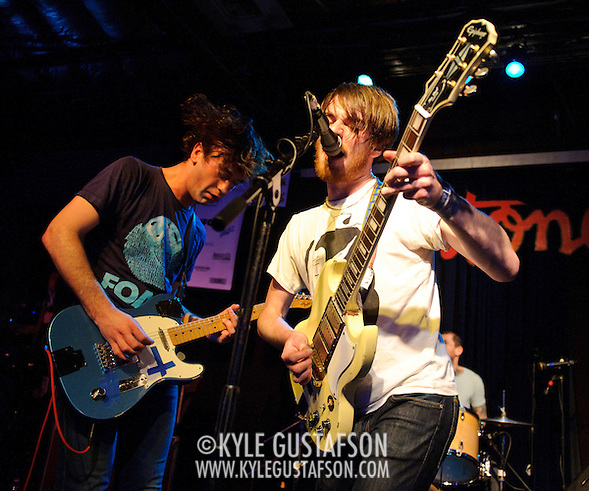 Pulled Apart By Horses were added to the day’s lineup at the last minute, after Frankie & The heartstrings were unable to make the trip to Austin due to visa issues. They played an incredibly energetic and frenetic set that had everyone in the crowd on their toes. The best part was late in the set when the lead singer chugged a beer, began the next song, jumped into the crowd and started wrapping people up in his mic cord. Then he jumped back onstage, puked up the beer and finished the song. It was crazy. 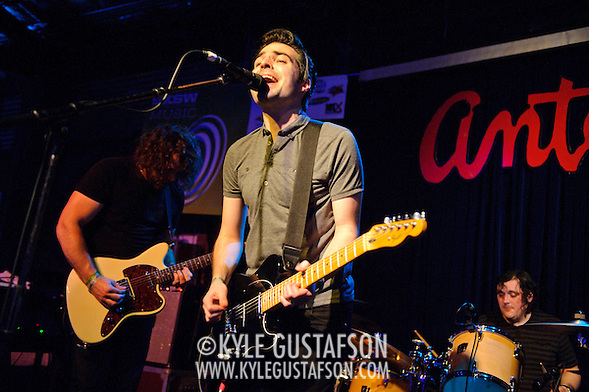 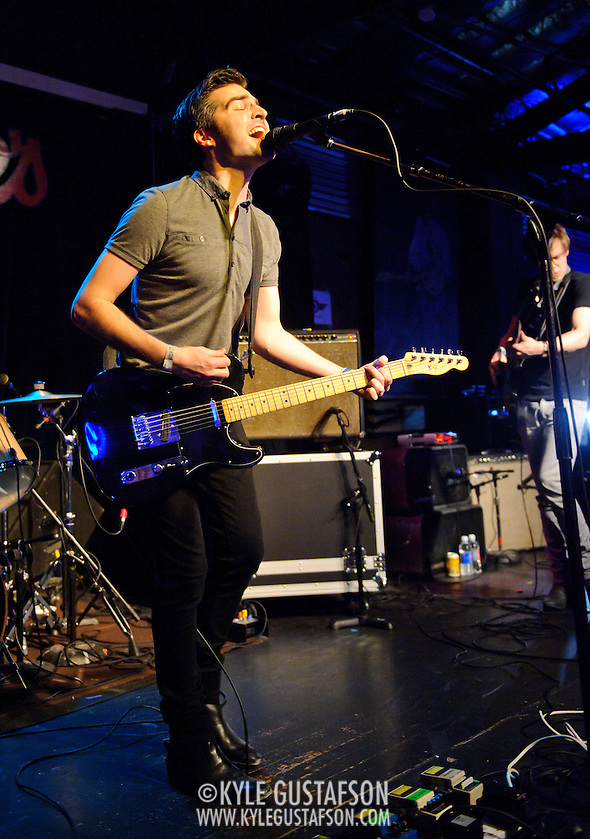 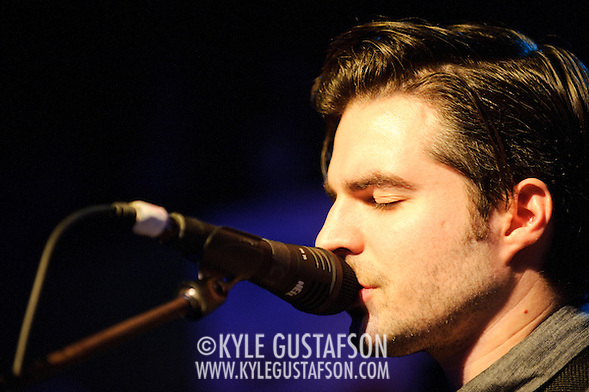 It would be hard for any band to top that and sadly The Boxer Rebellion were not up to the task. It seems to me they can’t decide what sort of band they want to be. Some of their songs sound like early-era Verve, while the rest sound like current-era Kings of Leon. It’s a strange mix and honestly I was underwhlemed with their performance. 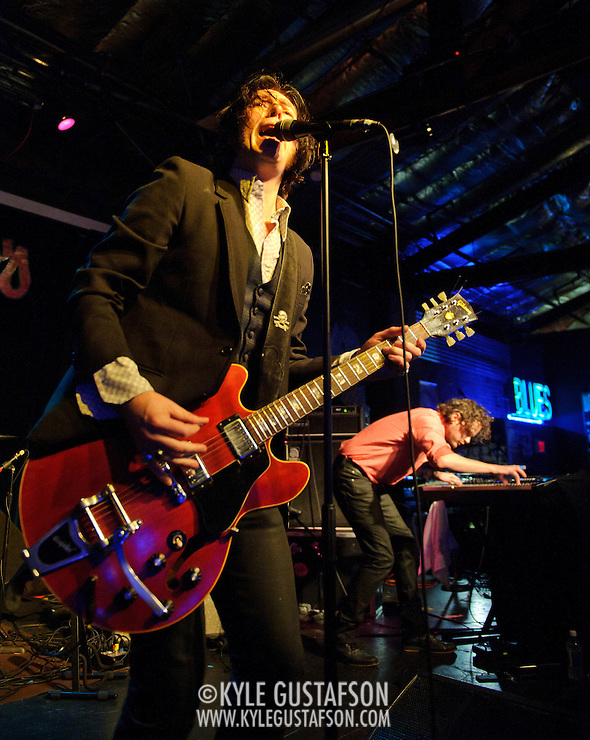 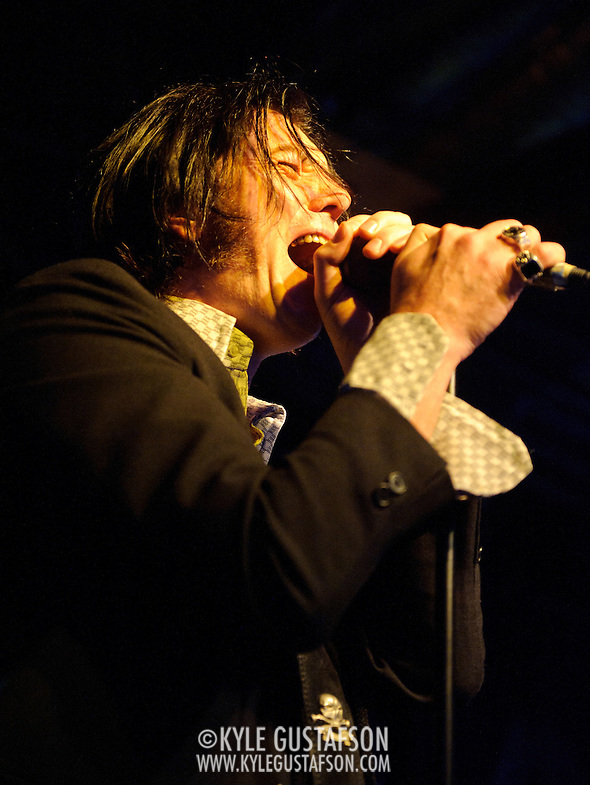 The Jim Jones Revue was up next and I stuck around for a few songs, but the stage lighting, which had gotten progressively worse since Pulled Apart By Horses, was just about non-existent, so I bailed and headed on to the next show.

See the full gallery below.