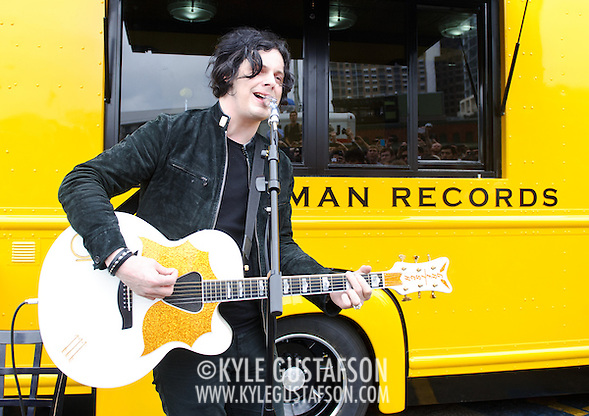 There I was during the first morning of SXSW, finishing up breakfast with Frank Chromewaves when I saw a tweet from Pitchfork that said something was “going down” with Jack White in the next 10 minutes. I happened to be 1 block from the intersection they tweeted about, so I went over to check it out. The next thing I knew, I was front row for an impromptu Jack White performance right there in a parking lot. 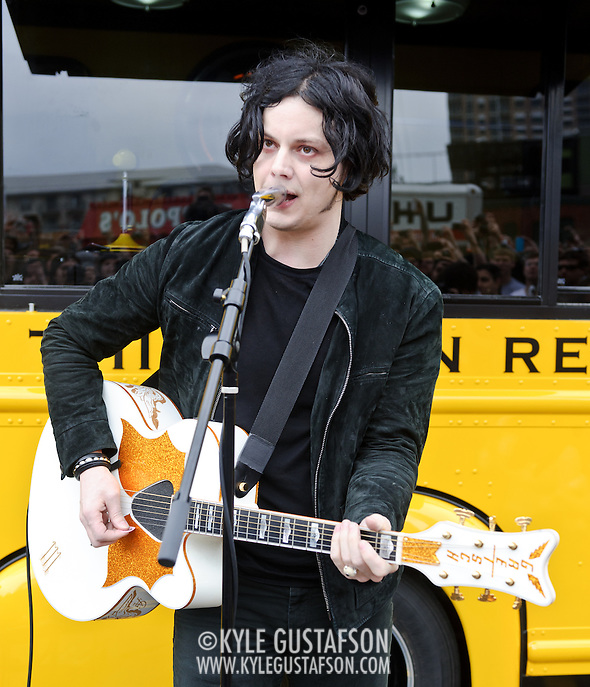 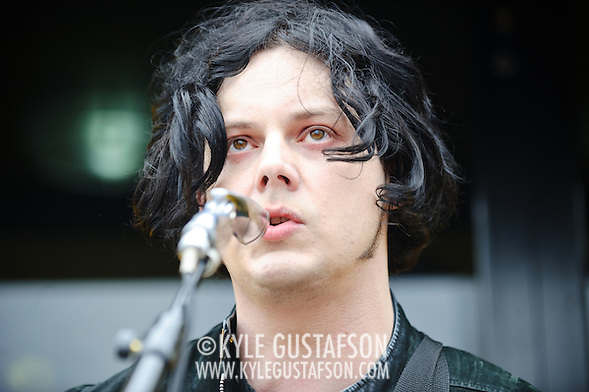 White was in town to promote his new Third Man Record Van, a traveling record shop that sells inventory from White’s label. One of his signingins, Seasick Steve, also performed after White was done. 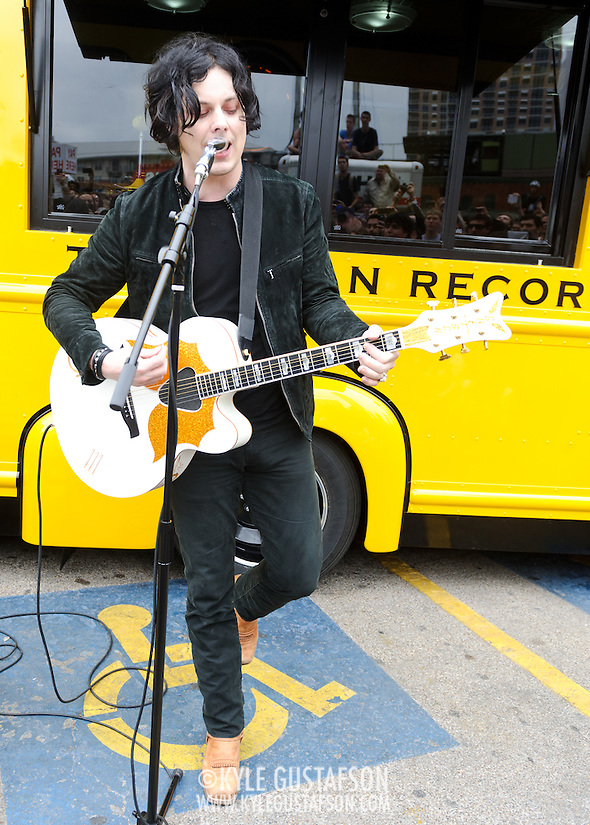 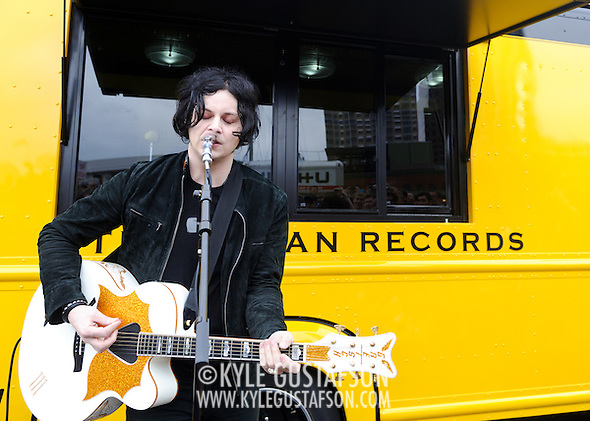 But the decent sized crowd was there to see jack White, and he obliged with two songs, “Not Fade Away” and “Dead Leaves on the Dirty Ground,” both played on a white acoustic Gretsch. It was pretty awesome.  It was pretty crowded in the front with all the photographers and video cameras jockeying for position, so i wasn’t able to move around and get a shot of Jack and the crowd, so instead I tried to incorporate the crowd’s reflection in the glass behind him. 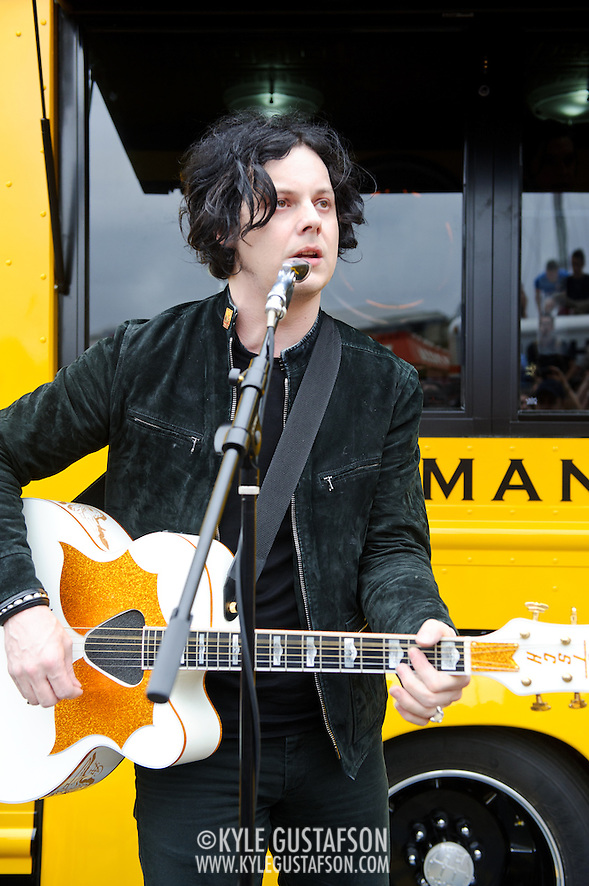 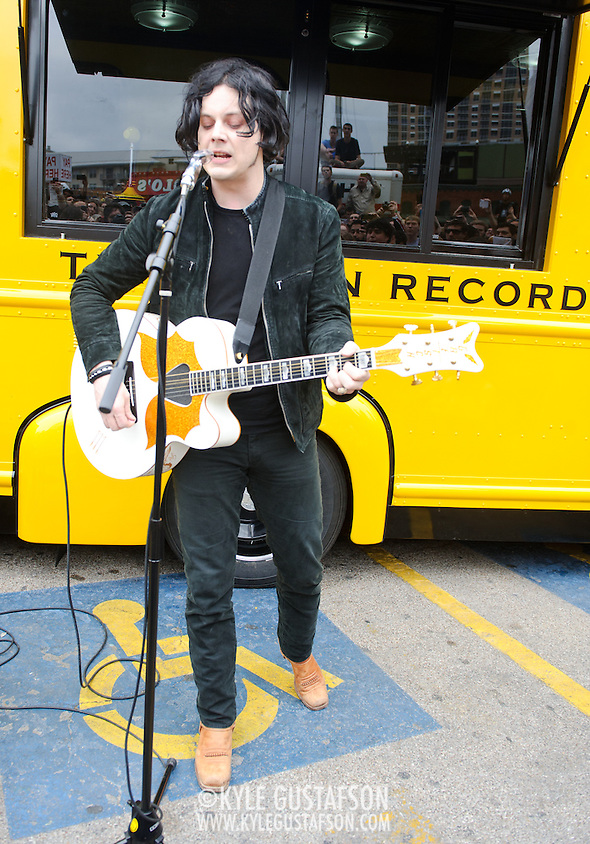