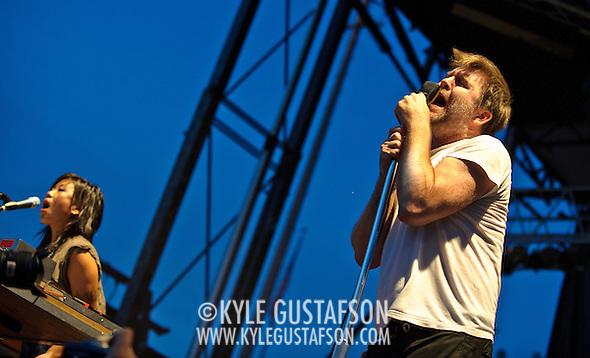 Shooting the headliners for each night of the 2010 Pitchfork Music Festival meant playing by different rules than the rest of the bands on the bill.  Photogs were split into two groups and given one song each instead of the normal three. This turned into a big mess during Modest Mouse’s set on Friday.  The first group got an 8 minute song, the second only a 3 minute tune.  I was in the second group and due to the delay in getting the first group out of the pit, I only had time to snap off a measly 55 frames. Needless to say I was not very happy about that. This led to a discussion between a few of the photogs that were in the second group and the PR folk in charge of the festival. We suggested that they use the second song in the set to switch the two groups so no one would get the short end of the proverbial stick. To their credit, they agreed to a slightly modified version of our suggestion. 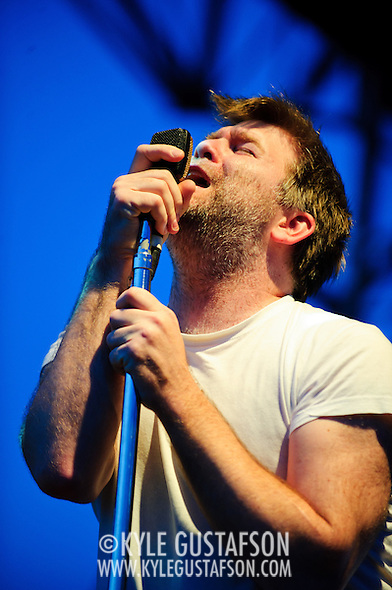 Determined not to fall victim tot he second group snafu for the second night in a row, I made sure to be in the first group for LCD Soundsystem.  And of course this turned out to be a bad move. The band tried (in vain) to use the big mirror ball hanging from the stage as their lone light source during their first song but it wasn’t quite dark enough yet.  So the first half of their song was pretty much wasted by the time they got around to turning on the stage lights. Luckily, all the band’s songs are in the 6 to 8 minute range so that left plenty of time to get the shots I needed. 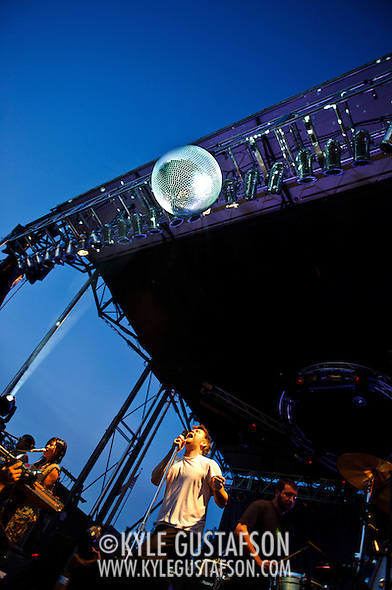 Knowing that the band don’t move around very much, I mostly stuck to my long lens and tried to get close up shots of James Murphy and his Sennheiser mic. I was pressed up in front of the stage and not really in a good position to get shots of the other members of the band and decided this was OK as I needed the “money shot” of Murphy for my assignment. I didn’t get as much variety in my shots as I would have liked (losing the first half of the song really came back to haunt me), but thankfully I’ll have another chance to try it again in September at the Virgin FreeFest in Baltimore. 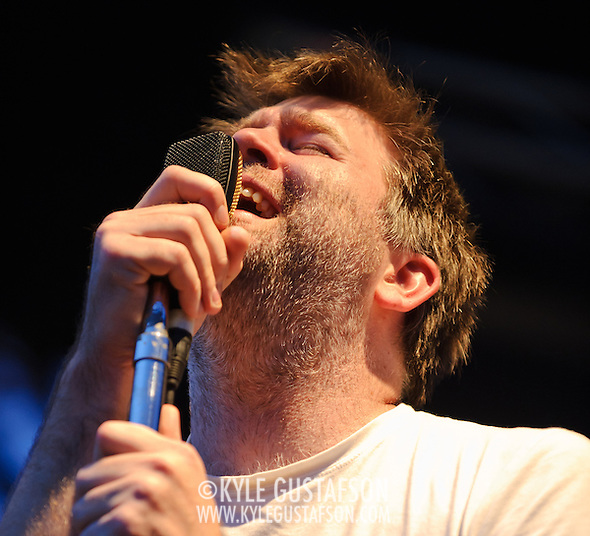 As for the show, the band were absolutely brilliant and managed to turn Union park in Chicago into one big dance party.  To the band’s credit, their show is supremely scalable and they can make a very big space seem small and intimate.  “All My Friends” in particular sounded right at home in such a big venue. 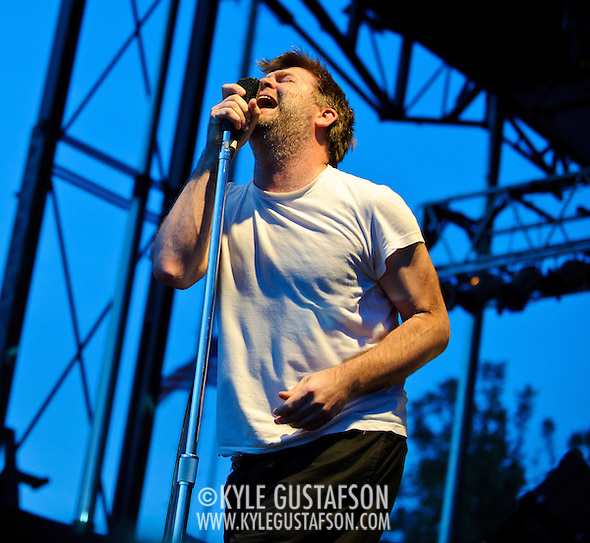 Be sure to check out all the rest of my photo sets from the 2010 Pitchfork Music festival.