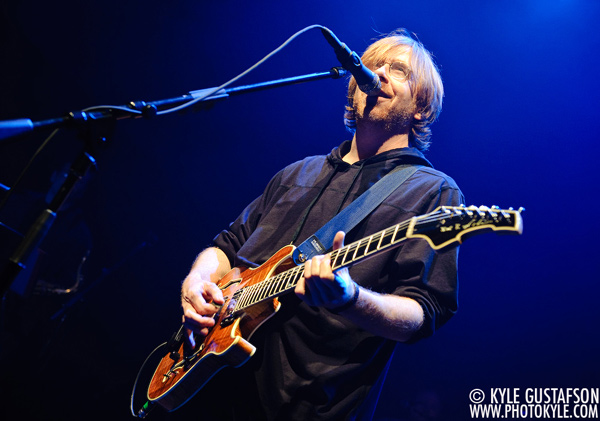 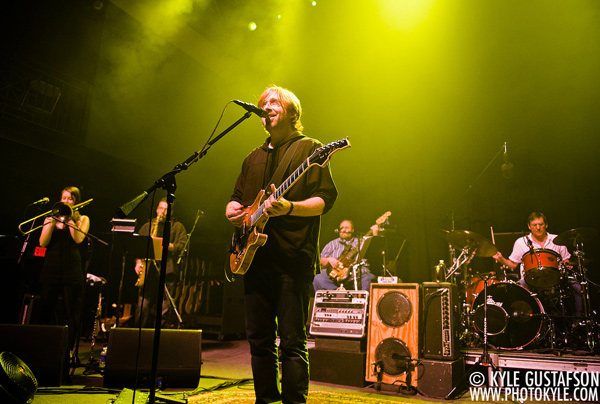 On this blog I talk a lot about the conditions I am forced to shoot under during the show, but for this gig, the challenging conditions occurred on the trip to the venue.  It was snowing in D.C. last Tuesday, our second major snowstorm in less than a week and it was hit-or-miss as to whether the gig was even going to happen.  But as often is the case, the band wanted to play, so out I ventured into the fluffy white stuff. 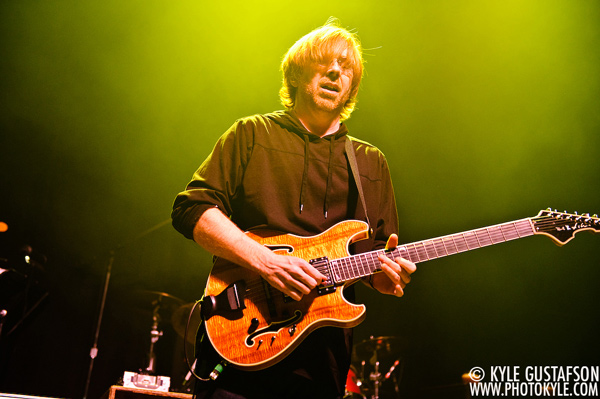 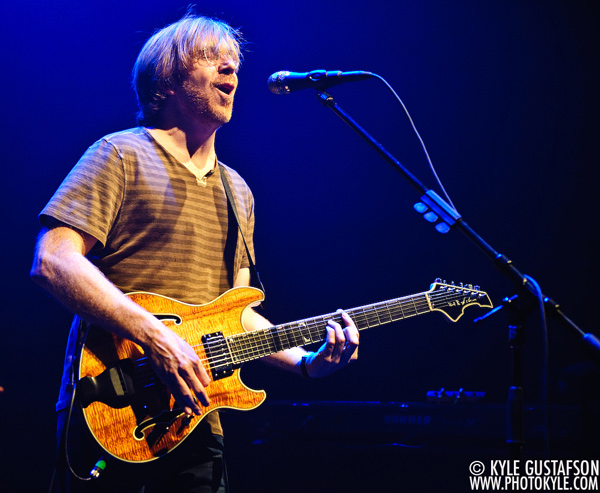 I headed to the venue early and took my time driving in.  Parking karma was on my side as I snagged a spot just a block from the venue (and as luck would have it, a space I had no problem getting out of a few hours later).  The gig itself was a breeze.  Trey Anastasio isn’t one to do a three minute pop song, so I had a good 35 minutes for the first three songs.  Lights varied from deep blue, to green/yellow and red/pink.  I had a bit of trouble metering the reds, something that will hopefully change as I shoot more with my Nikon D3.  I mostly used my 24-70/2.8 for shots of Trey and the band, but also slapped on the 50mm/1.4 to try and get some shots of the crowd in the front.  I didn’t have much luck and it convinced me that I need to get the 35mm/2 for those types of shots.  Framing people flailing around right in front of you is hard at 50mm. 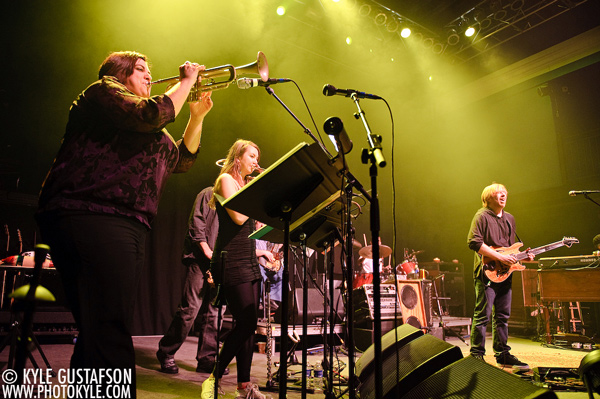 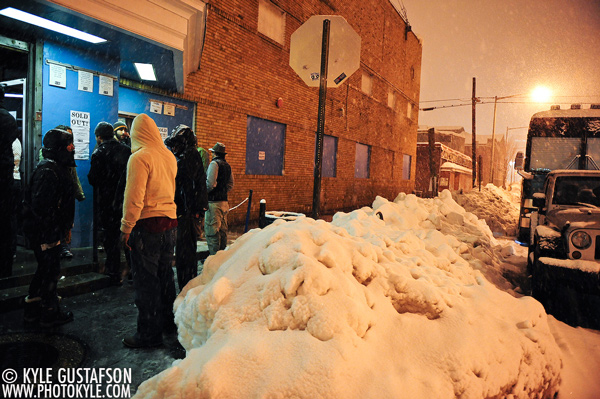 Trey and his band actually played two sets during the show.  I only stayed for the first set, which lasted about 90 minutes.  He did another 90 minute set after a brief intermission, but I didn’t want to push my luck with the roads.  As it turned out, the 4 inches or so we got during the 3 hours I was at the venue didn’t leave me stranded. The major roads were passable and I didn’t have any problems making it home.  When I walked through the door, I immediately crossed off “Drive through a blizzard to shoot a show” from my career to-do list. 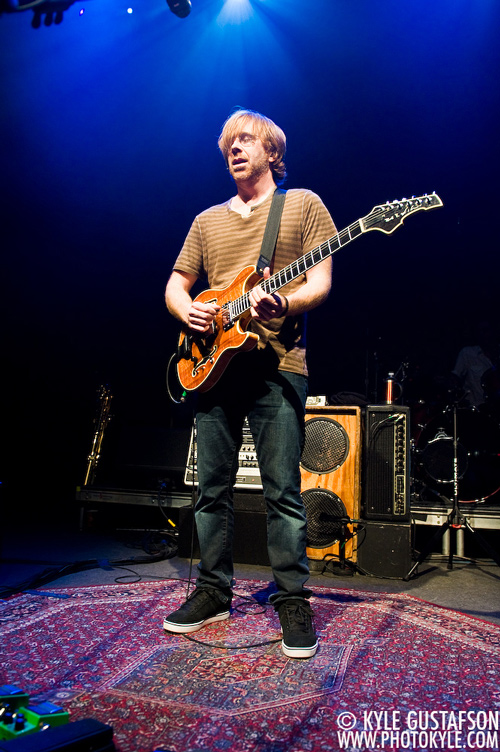 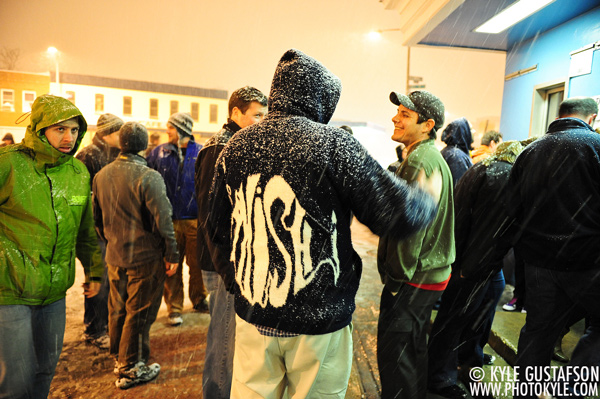