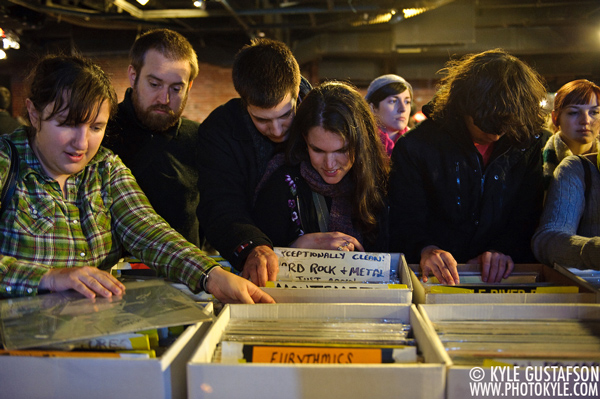 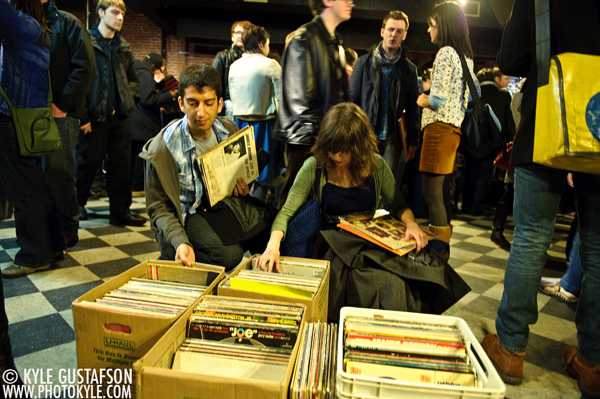 I always say that Valentine’s Day is a retail holiday, and if that’s the case, where better to spend your money today than at the Black Cat for the D.C. Record Fair? 30 East Coast vinyl dealers set up shop in the main stage space and a ton of people came out to dig through some crates and pick up some new vinyl. 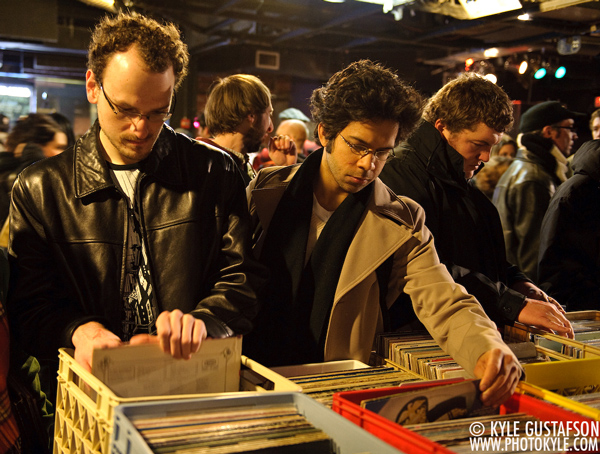 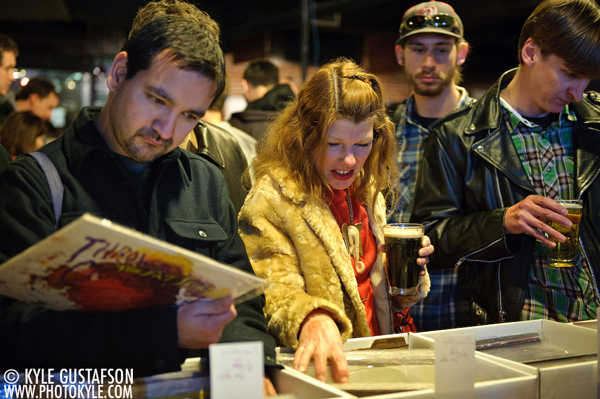 As if the vinyl wasn’t enough of a draw, DJs for the event included Ian MacKaye, Geologist from Animal Collective and Eric Hilton of Thievery Corporation. 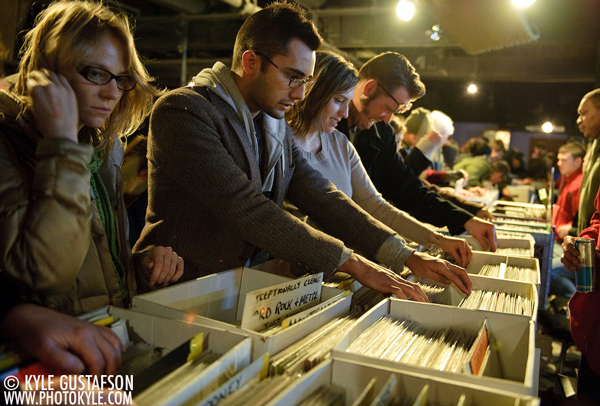 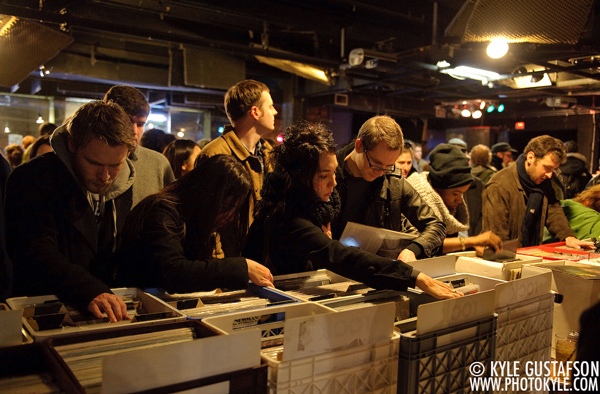 I ended up chatting and being social for the two hours I was there and didn’t even get a chance to throw some elbows and fight through the crowd to find that elusive vinyl copy of Different Class. Maybe next time. 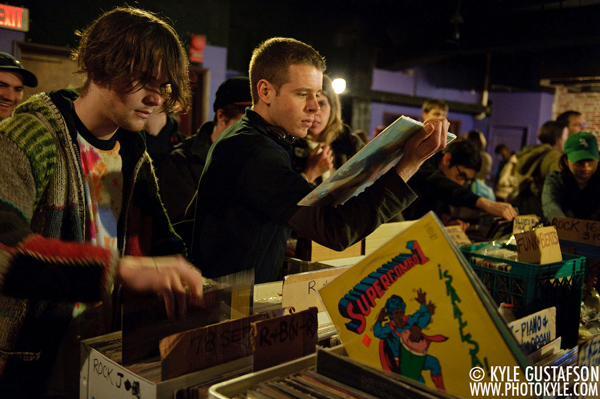 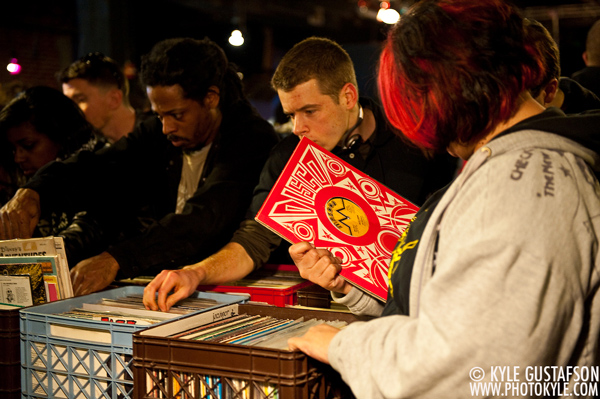 Cheers to the Black Cat, Som Records and The Vinyl District for putting on such a spectacular event!