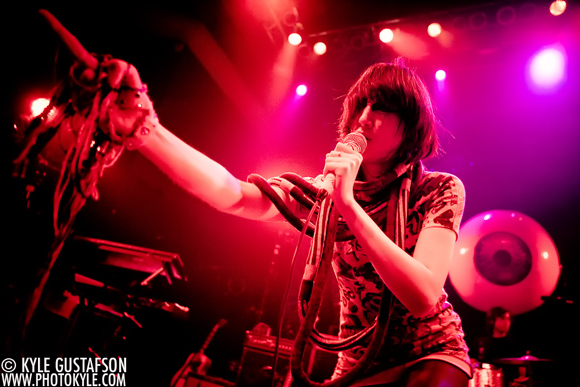 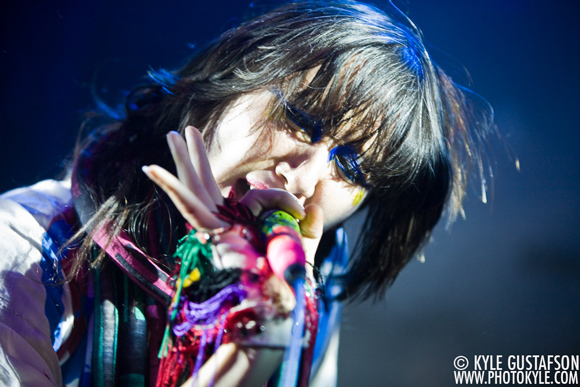 It sure took them long enough, but the Yeah Yeah Yeahs finally made it to DC on Friday as part of their touring behind their latest album, It’s Blitz. I had shot Karen O. & Co. once before, a few years ago as part of the Virgin Festival, and had a lot of fun shooting what is easily one of the most photogenic bands out there.  So naturally I was very excited for the band to take the stage at our fine city’s finest rock club. 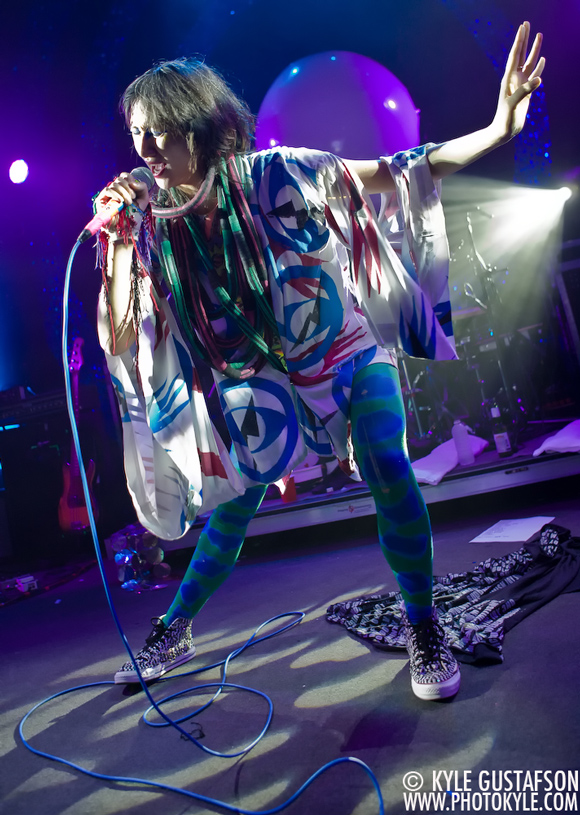 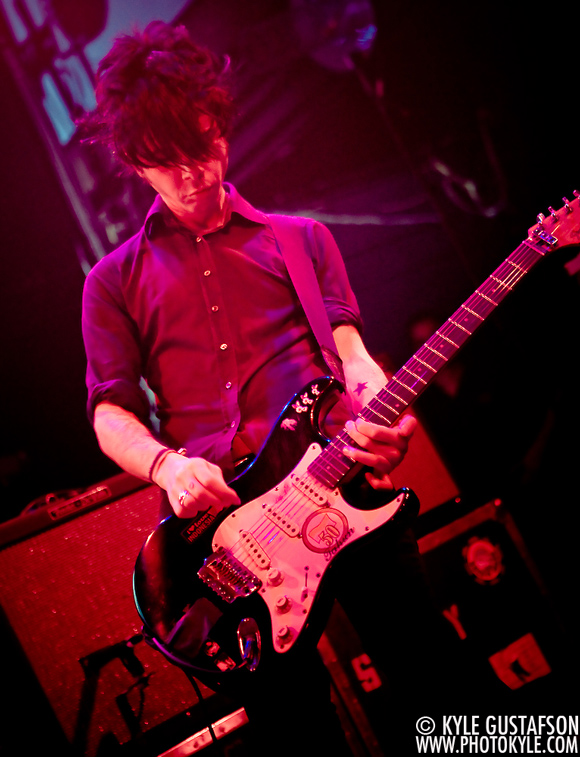 There were five of us in the photo pit, which basically made it hard for people to move around, but yet we each had enough room to get our shots. In retrospect I wish I would have gone over to stage left for a few seconds to try and get more of the three band members in the same frame, but your gameplan kind of goes out the window when Karen O. gets going. You keep thinking to yourself, “I need to get a shot of the drummer,” but it’s hard to take your attention away from Karen O. 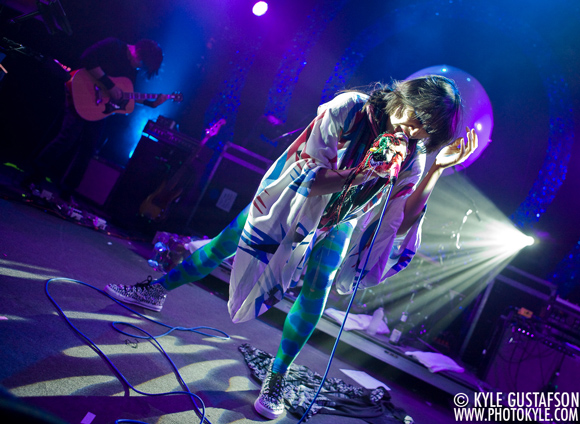 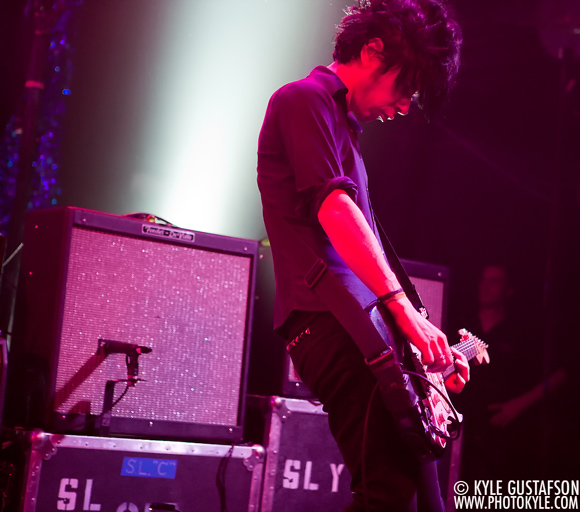 I did try and focus in on Nick Zinner when the light turned bad on Karen, but it seemed whenever I looked his way he had his head down.  Karen O. points a lot during the show, which you can see from my examples here.  Sadly she didn’t really do anything over the top (like eating her mic) during our allotted time.  And I missed both times she spit water. Oh well. 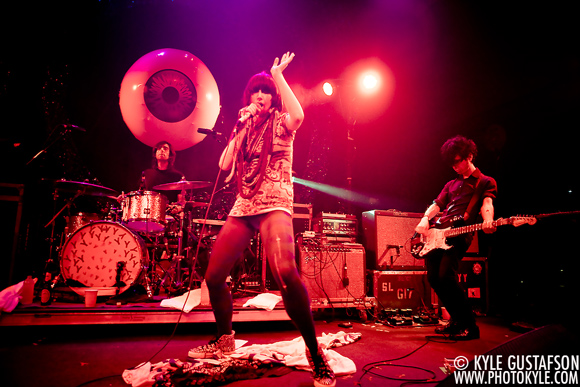 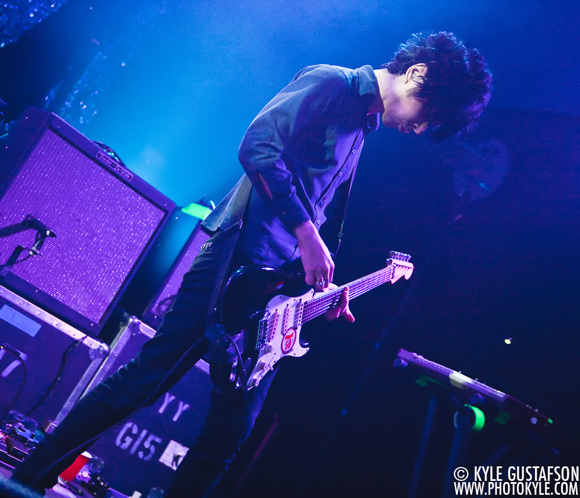 I shot this gig mostly with my 24-70/f2.8 on my 1Ds mkII.  I had my 70-200/f2.8 on my 5D and used it a bit, but only about 30 frames worth. Lighting was fairly harsh, at times dark with intense back-lit spotlights or straight up deep red wash.  Also, If your shooting this show in the future, be on your toes.  Karen O. set off a confetti canon right in my ear during the second song, simultaneously disorienting me and scaring the shit out of me. It took me a second to realize what just happened – my very own Pete Townsend moment courtesy Karen O.  Luckily, I had earplugs in and they did their job. 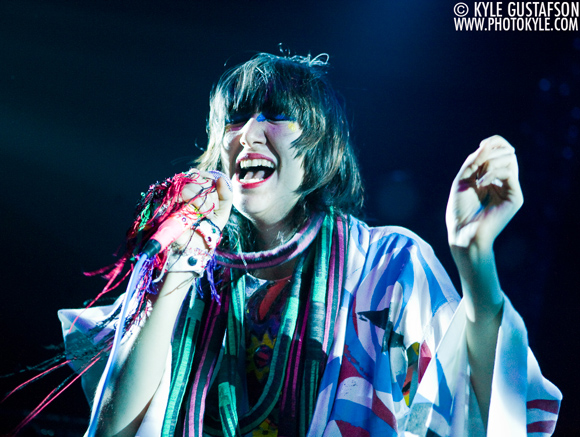