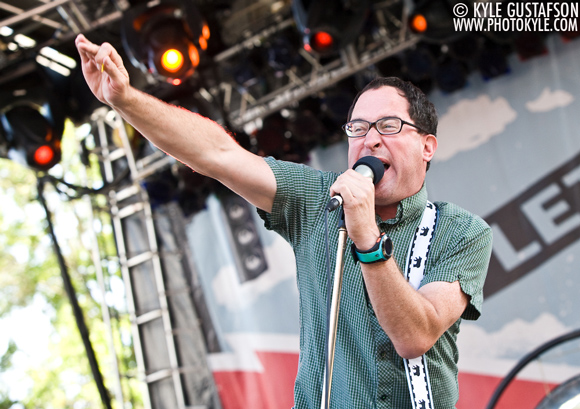 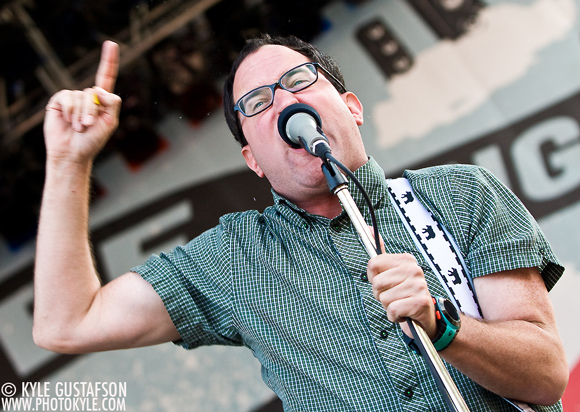 Shooting a major festival like the Virgin Freefest requires a few changes to standard operating procedure as far as shooting the artists.  Since I was covering the festival for the Washington Post and they were going to run a small amount of photos from the day as part of their coverage, I decided to focus most of my attention on the frontmen of each group, figuring it would be best to show the readers the people they recognize most.  So when shooting The Hold Steady, that meant a whole bunch of shots of Craig Finn.  Craig is very energetic while performing, but he tends to repeat the same moves over and over again as you can see. 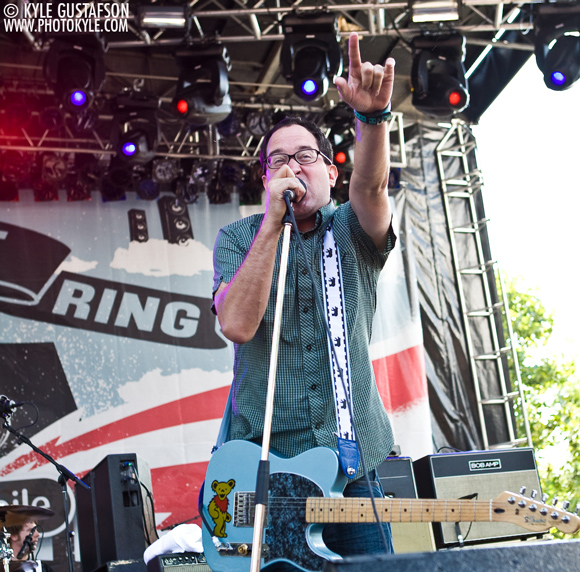 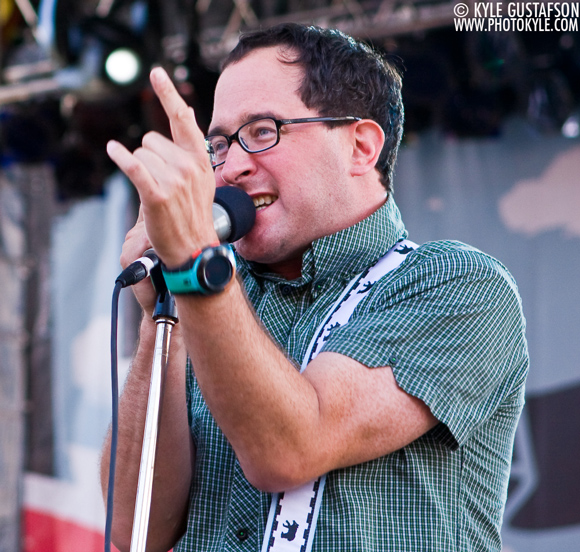 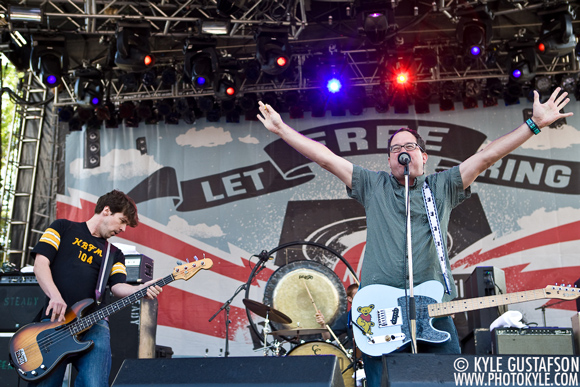 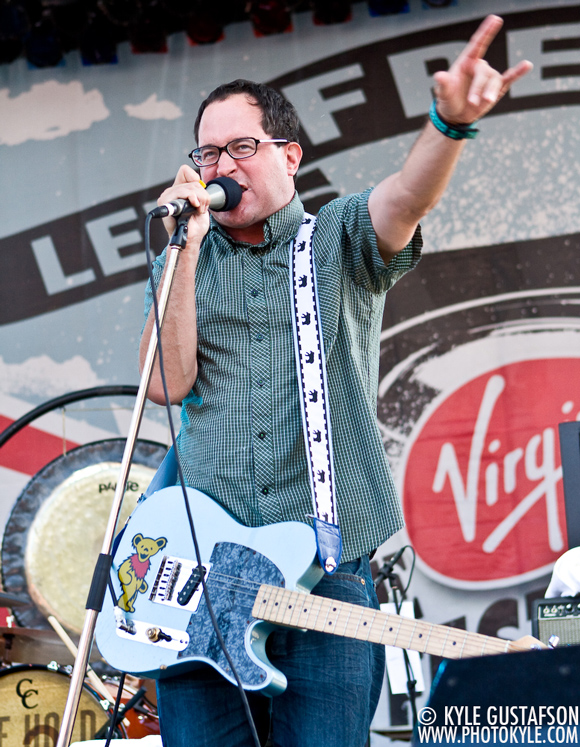 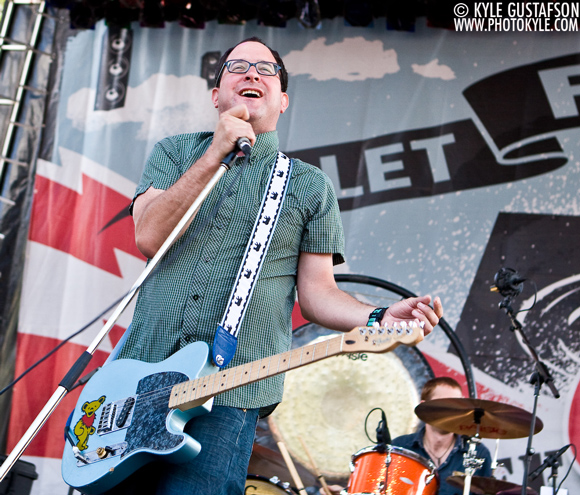 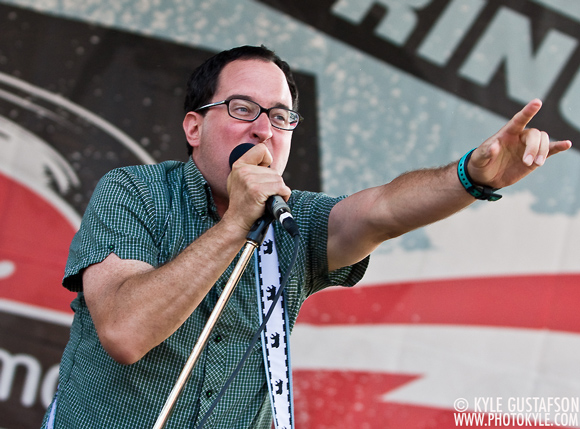