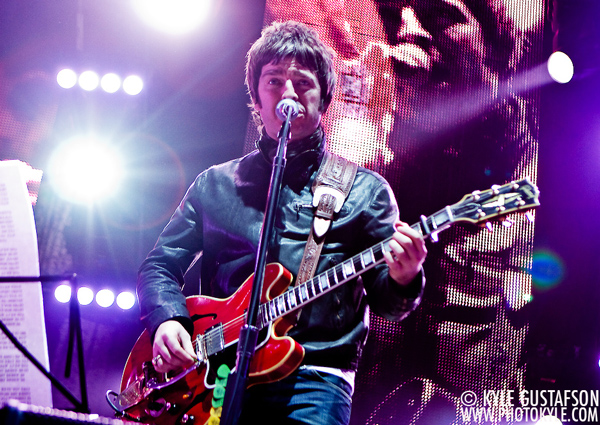 For any concert photographer, photographing your favorite band is a very special thing.  Whenever I have a big shoot ahead of me, I try not to put any pressure on myself as far as getting the perfect shot because more often than not it ends up being counter productive.  I basically try and treat important shoots just like the any other gig.  But that wasn’t happening with Oasis.  My palms were sweaty and my stomach was in knots. 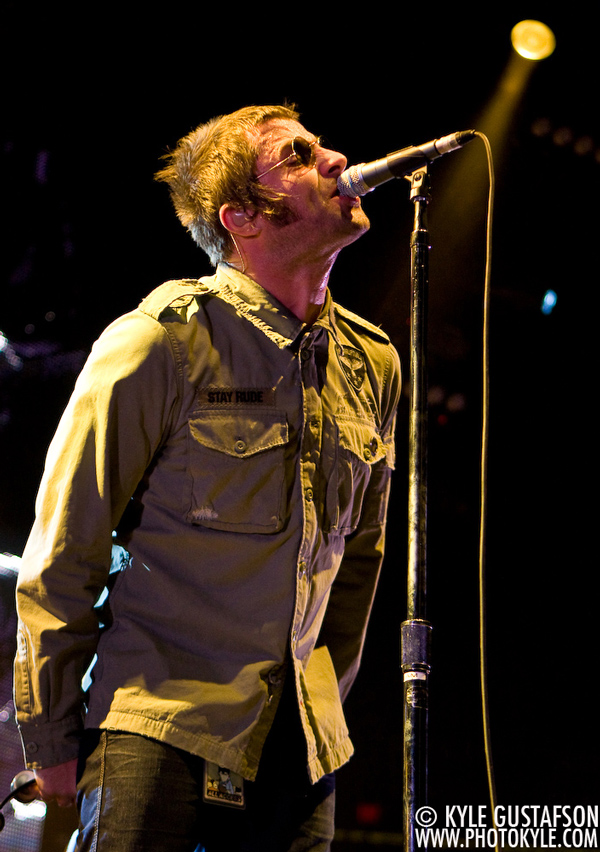 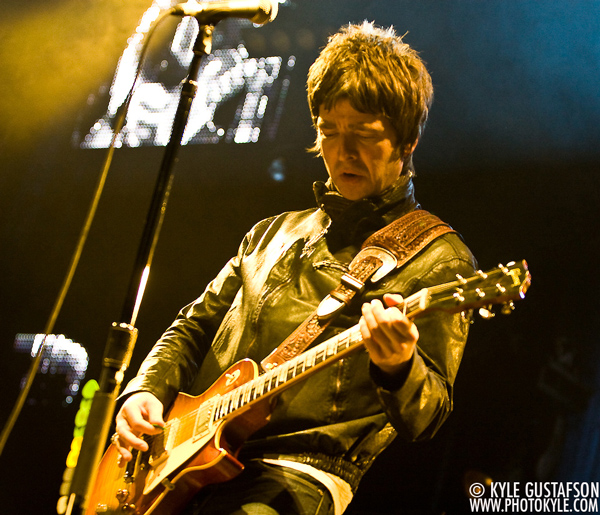 Two things really helped me calm down during this shoot: 1) I was shooting songs 2, 3, and 4 instead of the usual “first three” – this allowed me to take in the gig a little bit and get a bearing as far as my game plan of getting specific shots, and 2) I was the only photog in the pit!  I couldn’t believe it, but I had the entire photo pit to myself, which obviously gave me a lot of freedom to move around and work at my own pace. 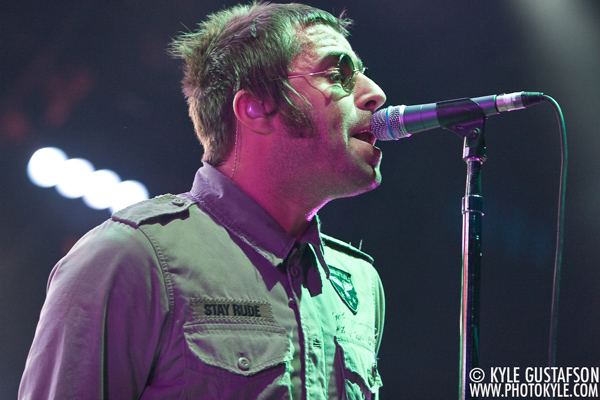 This was my 21st time seeing the band, so I had a pretty good idea of what to expect as far as what they would be doing on stage.  Oasis are well known for not moving around stage much and that certainly held true for this gig.  Liam did his thing, alternately singing and standing center stage looking out onto the crowd. Sadly whenever he stepped away from the mic the lighting died down so none of those shots came out and he didn’t do anything funny with his tambourine, so no shots of it in his mouth for me.  Oh well. 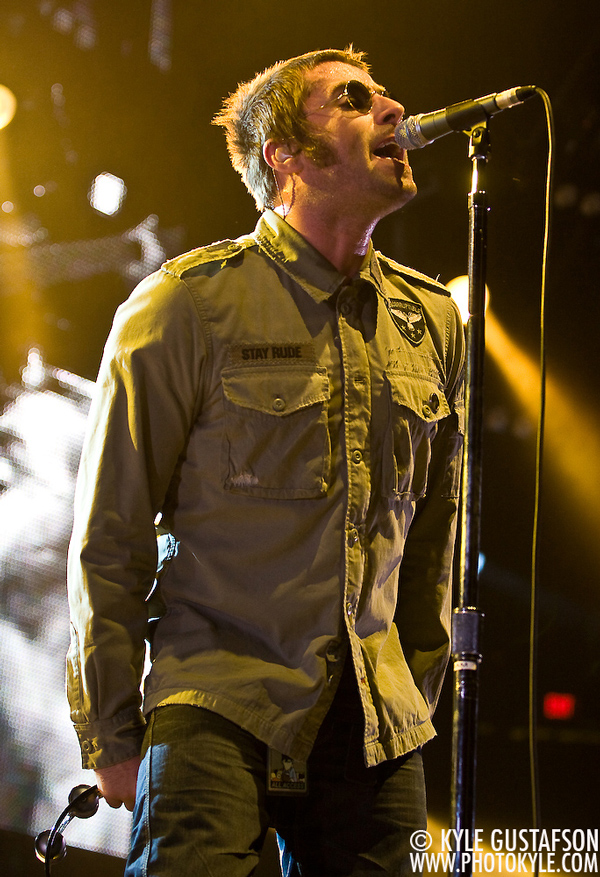 Noel was primarily playing guitar and singing backup during my alloted shooting time, so getting shots of him proved kind of tricky, especially due to the music stand he situated in front of him to his right, which blocked any shots of him taken from the middle part of the stage.  I had to go all the way to the end of the stage and shoot back to my left to get an unobstructed view of Noel. 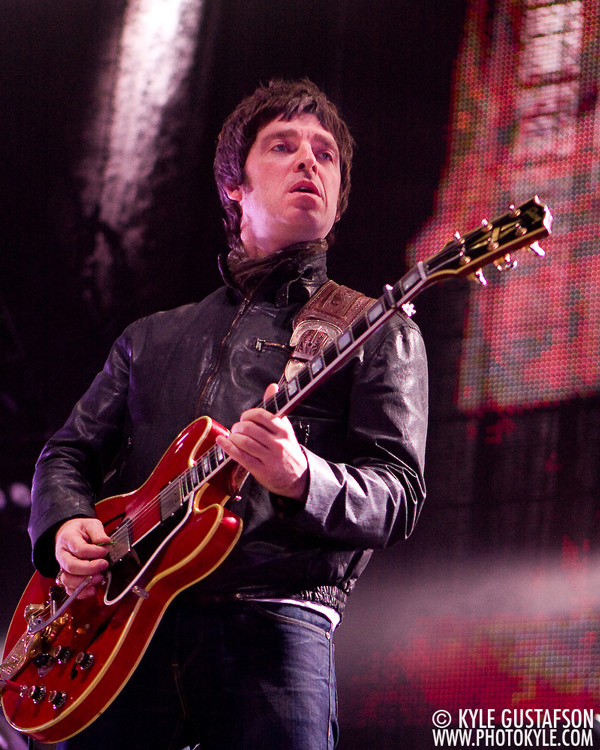 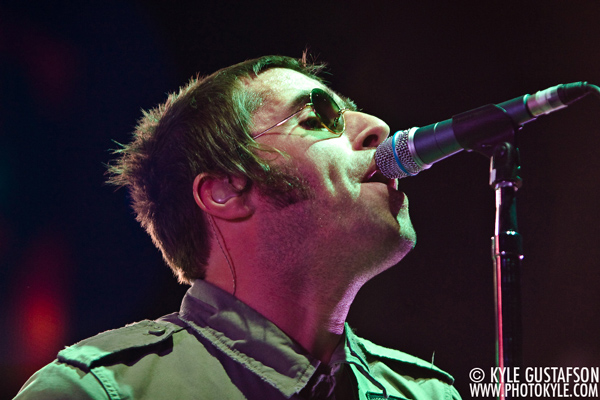 It seemed like my three songs were over before I knew it. I tried to get a few shots of Any Bell and Gem, but Andy spent most of his time at the back of the stage out of the stage lights. I was given the opportunity to review this show the the Post Rock blog over at the Washington Post, you can check out my review here. 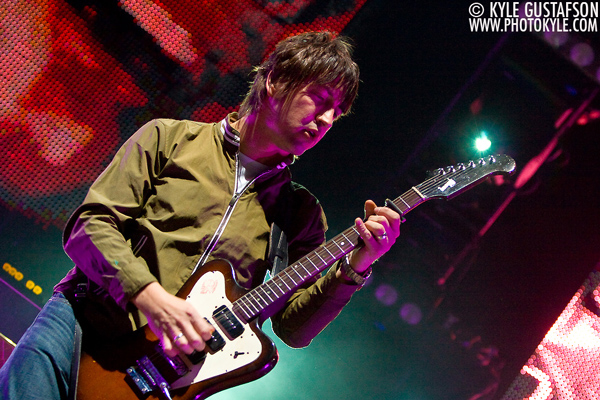