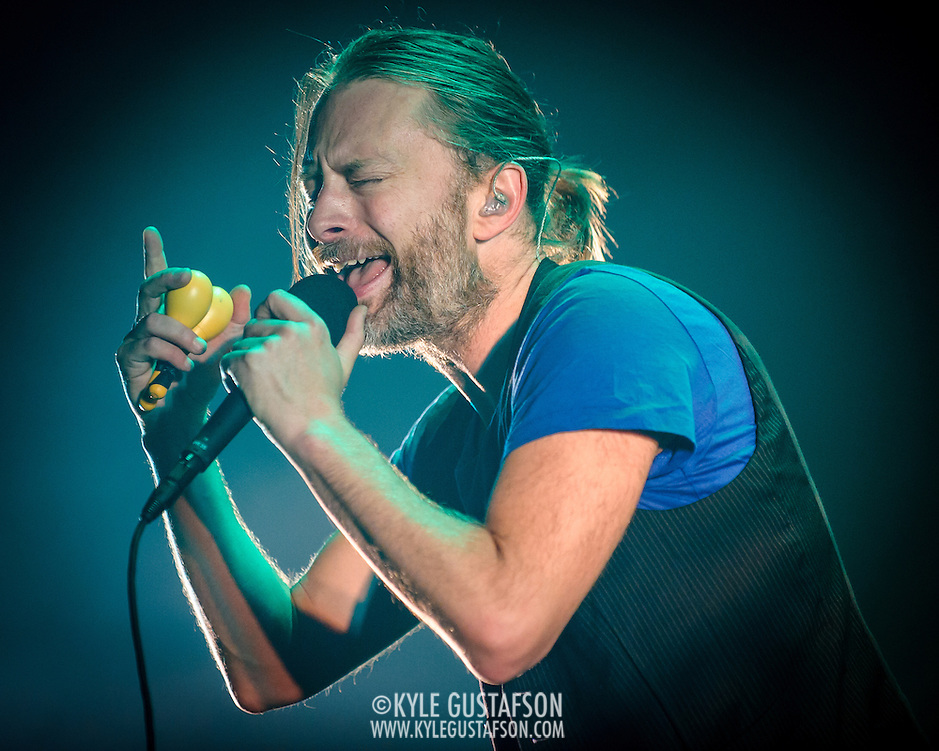 This was one of the weirder assignments I’ve experienced in the last few years. I got the Patriot Center for this show and was informed we would be shooting this gig from just in front of the soundboard, even though all the other stops on the tour thusfar had positioned the photogs in the photo pit. I shot the opener back there and left during the intermission to go out to my car to grab my stool. So after getting set up on my stool with my long lens and waiting for the band to take the stage, a big guy with a tour laminate comes up and says, “What are you doing back here? You have to shoot the show from the pit.” I think I had jumped off my stool and was halfway to the pit before he finished his sentence. The band was scheduled to come on stage roughly sixty seconds from then. So long story short, we did get to shoot the gig from the pit and all’s well that ends well. As long as there is no red lighting involved. 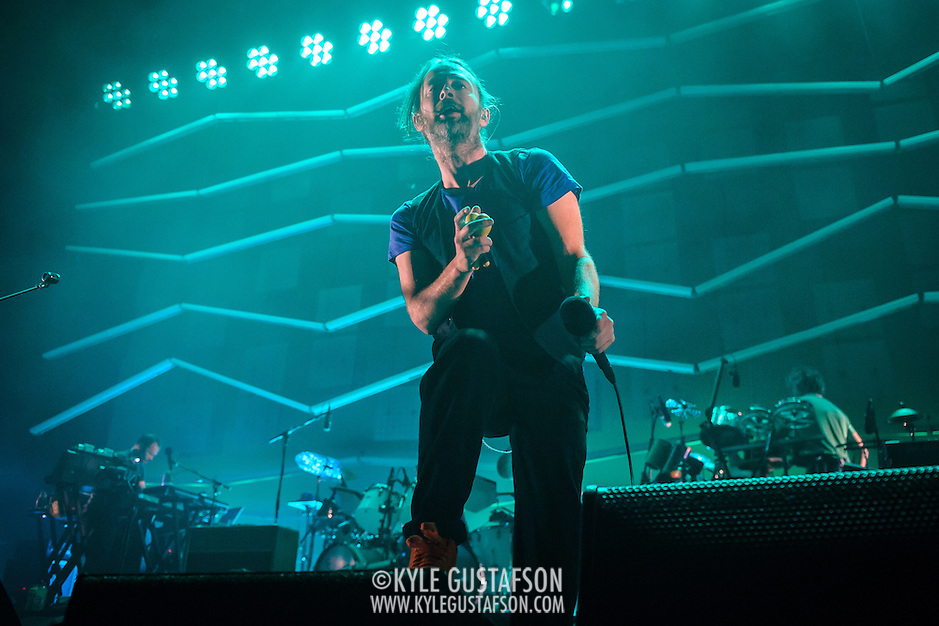 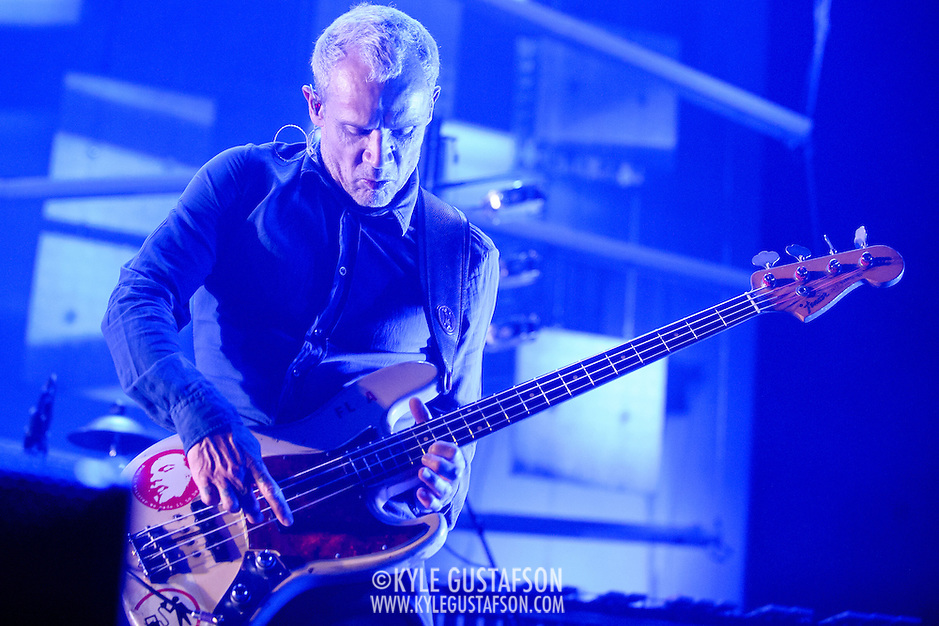 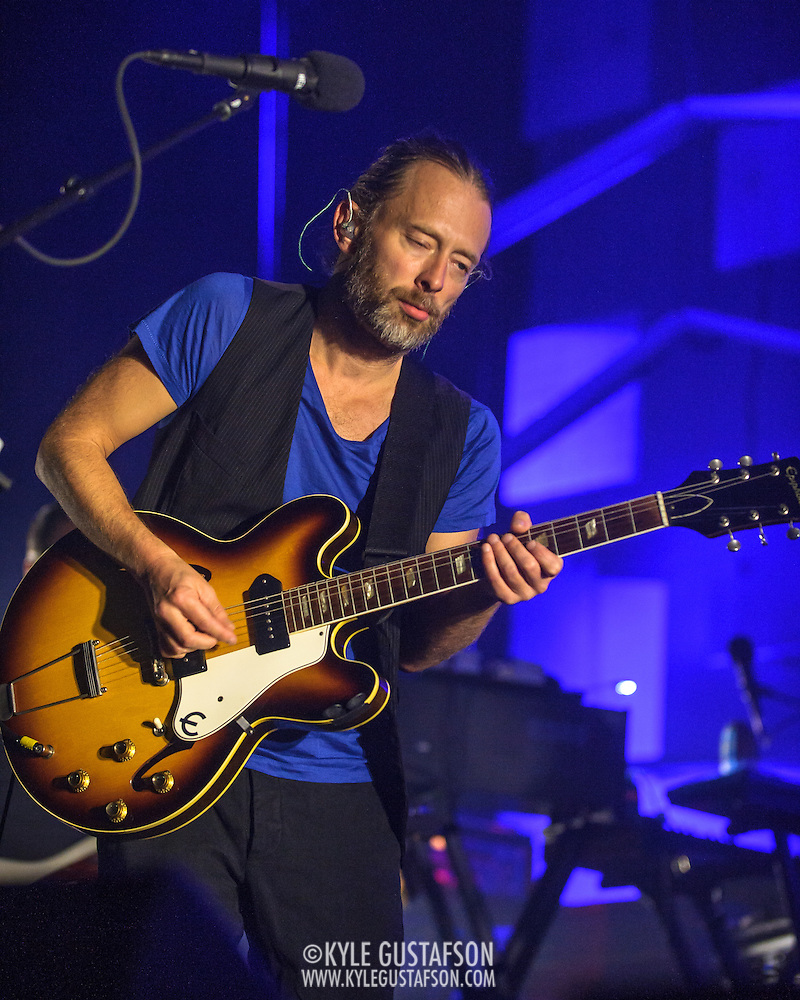 SHOOTING NOTES: Photogs are forced to choose a side of the stage for this gig, which is why you see a bunch of shots of Thom and Flea, but none of Nigel. No one in their right mind would pick his side and for our gig, no one did. So we were all bunched up stage left. Lighting was very much like the last Radiohead tour, deep washes of blue, green and purple, except for the third song, which was entirely and completely red. So all the photos you see here are from the first two songs. We didn’t even get to see the background lit up. Bummer. Also, the band’s stage monitors are everywhere and block all shots below the waist, so keep that in mind if you are thinking of shooting extra wide.  Thom dances around a bit int he second song but the band doesn’t really come together so you can fit them into a single frame until the third song. In the red. Ugh. I did grab a few frames when they were sort of close together before that, but they actually posed (somewhat) in the third song. 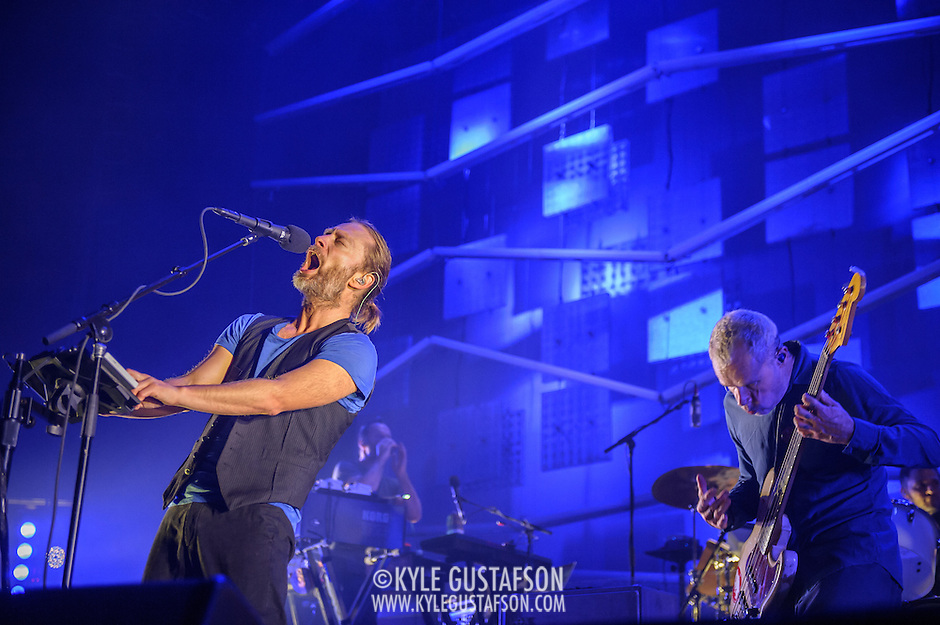 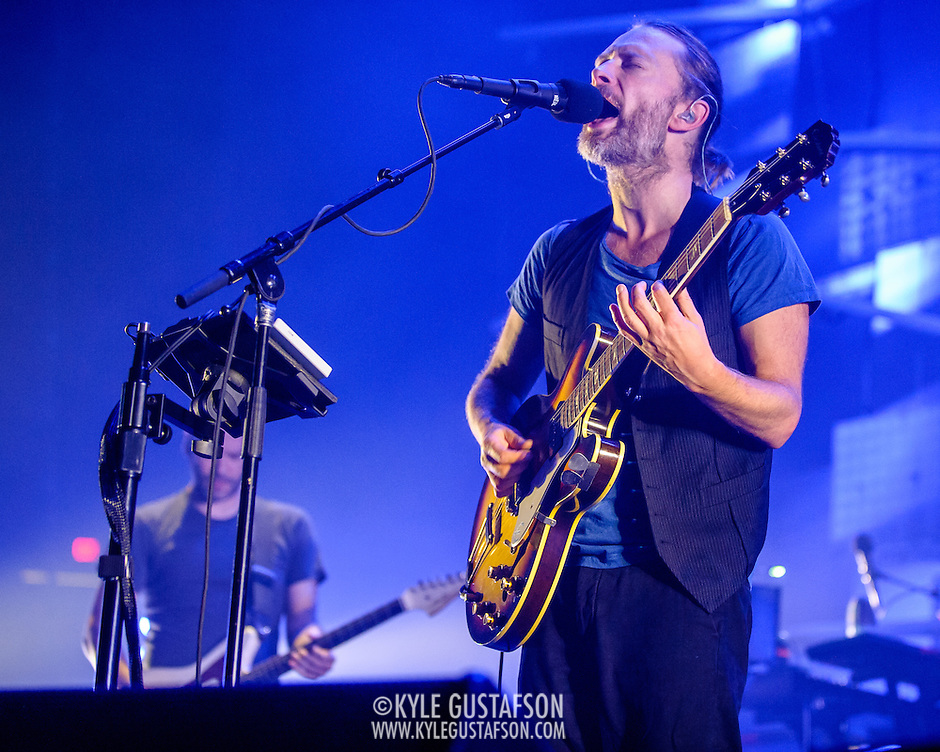 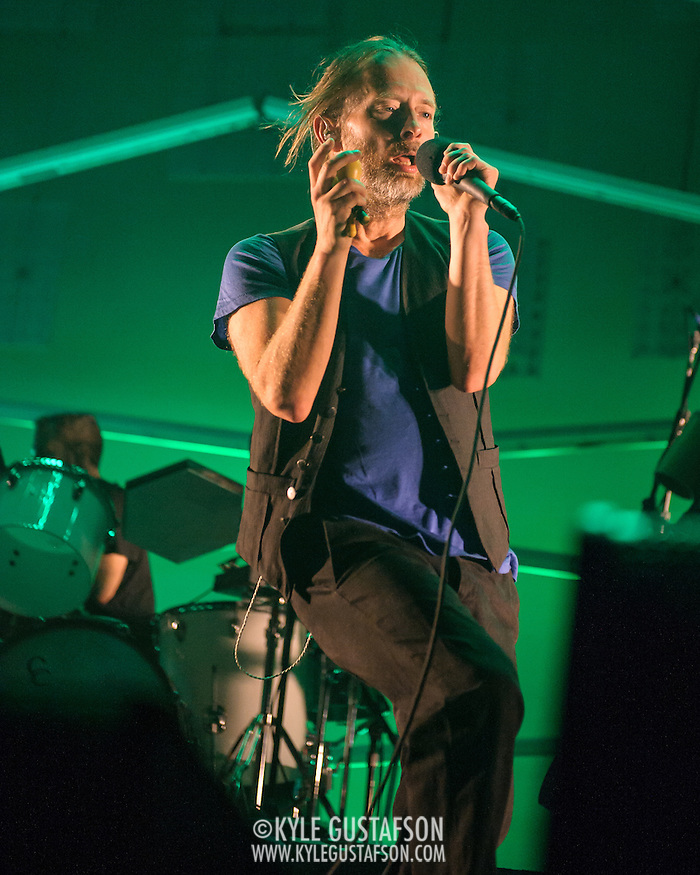 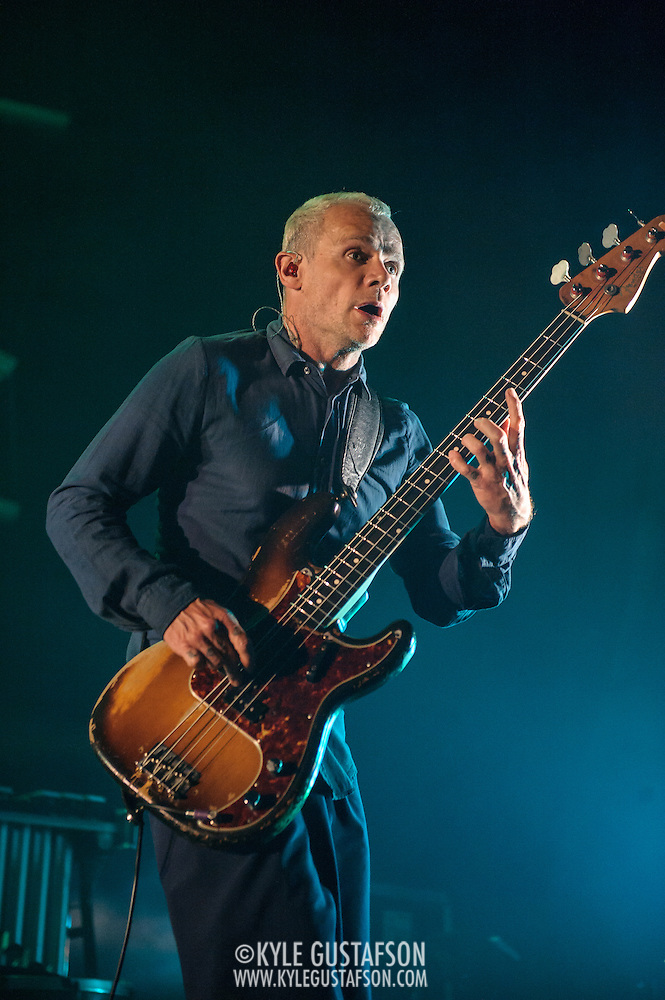 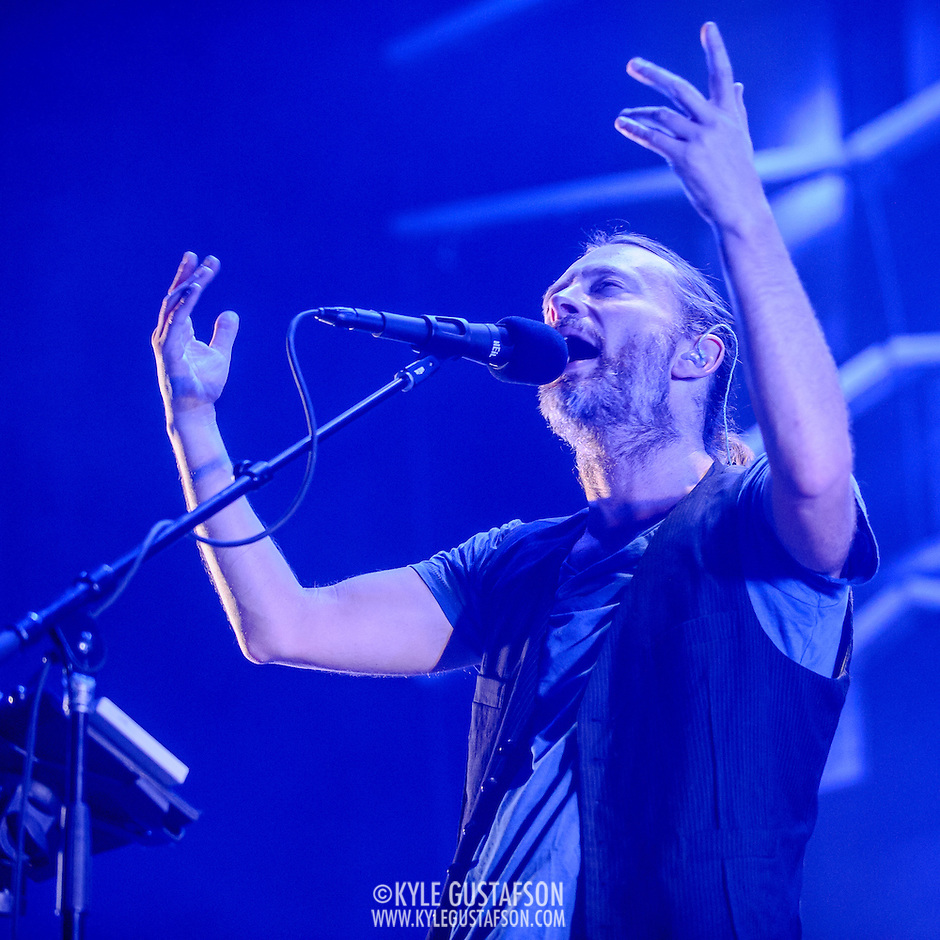 BUY PRINTS: Click on any image in this post or in the slideshow to purchase prints. Check my photo archive for more options.
FOLLOW ME: Don’t forget to follow me on Twitter or like me on Facebook if you want to stay current with what I am shooting.
Please don’t reuse these photos without my permission. The slideshow below has embed code you can use if you want to put these photos on your blog. Please link back to this post.