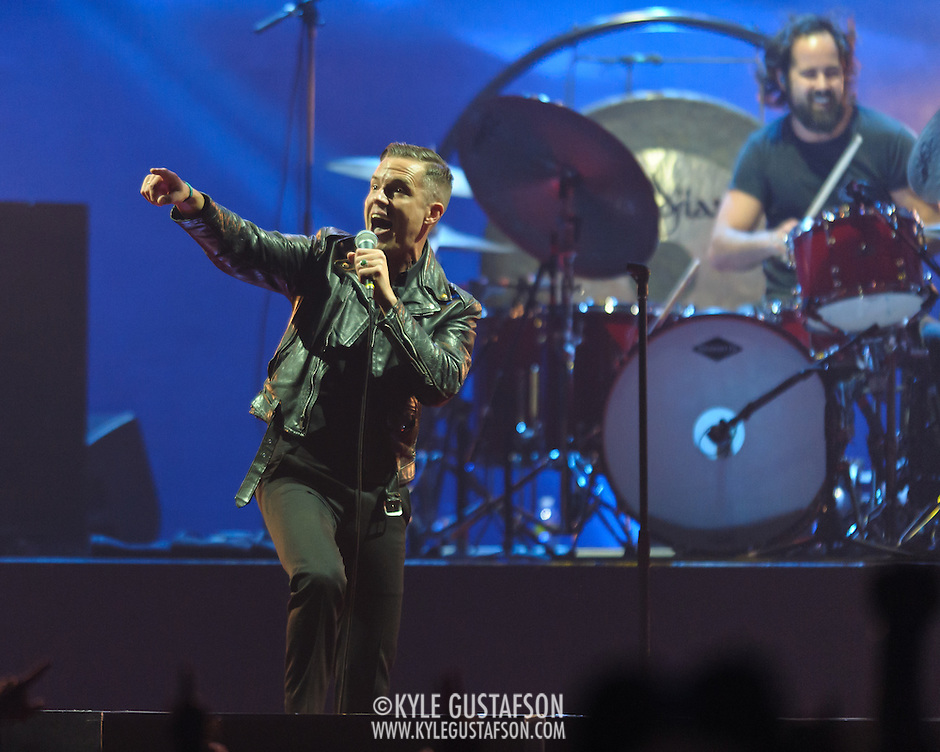 This assignment was so weird. The Killers rarely allow photographers at their show (they generally have their own photog that supplies photos to any media outlet that is covering the show), so I didn’t even think I would actually get to shoot it. But the local promoter really went to bat for the Post and got me in their, albeit from the soundboard way in the back of the venue. But I was the only photog allowed to shoot the show (other than the band’s guy, who of course shot from the photo pit and the stage) so I really can’t complain. 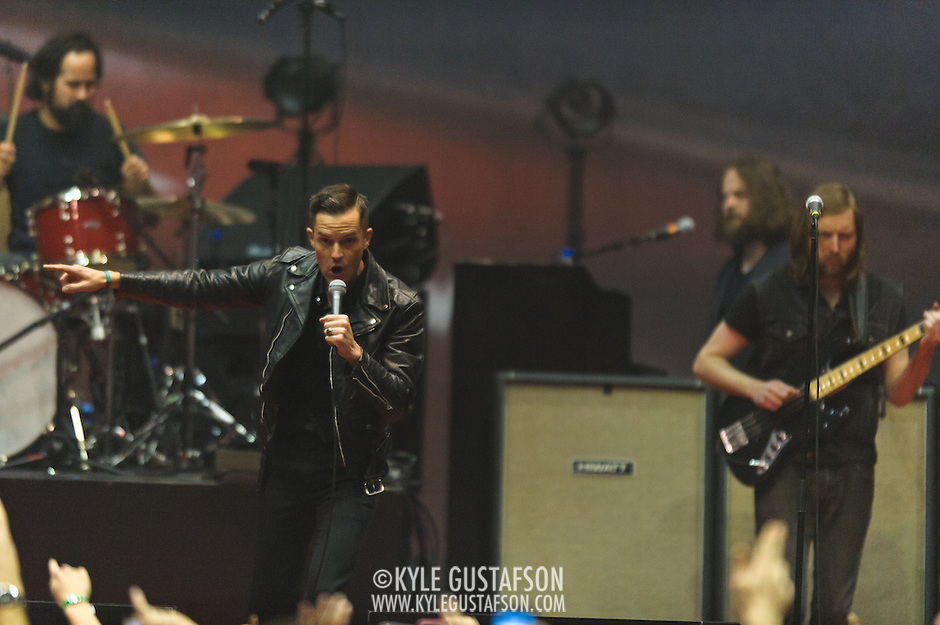 To start the show, the band came out with the house lights on and played Mr. Brightside, their biggest hit, with no stage lights. I can’t say I’ve ever seen a band do that to begin a concert. The crowd was kind of unsure what was happening at the start of the song, because the lights never went down when the band took the stage like every other concert ever. 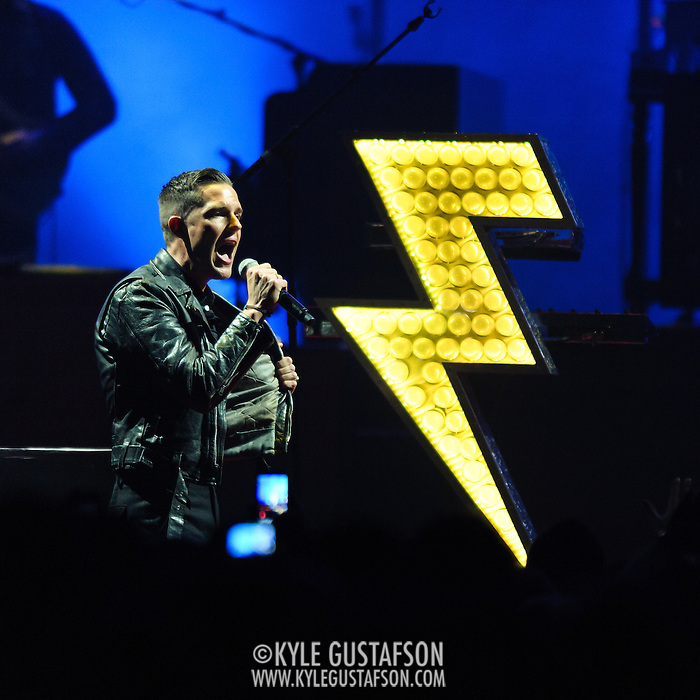 You’d think having the house lights on would bea good thing as far as lighting, but since there were no stage lights on the band, it was actually worse. The light was dull and flat and I had to really crank up my ISO to get anything usable. Lights got much better for the second song with a blue wash and spotlights on Brandon Flowers, but the third song was a lost cause with the band totally enveloped in a deep red wash. 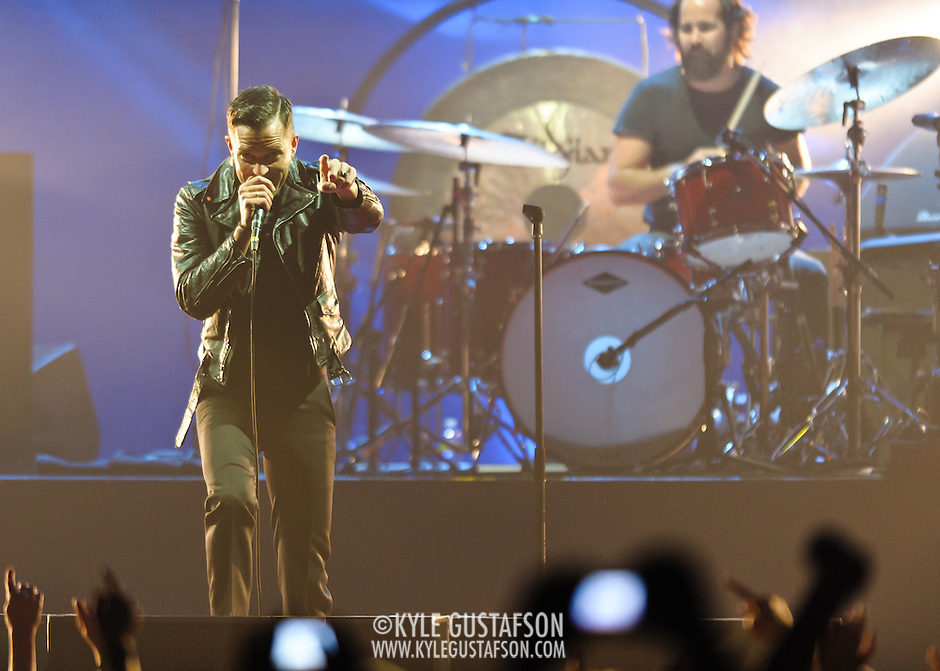 The show itself was pretty great, and I say this as someone that’s not a huge fan of the band. Flowers was the consumate frontman, running all over and working the crowd into a frenzy. I last shot the band at the Virgin festival in 2006 and it’s very clear the band has improved exponentially since then. 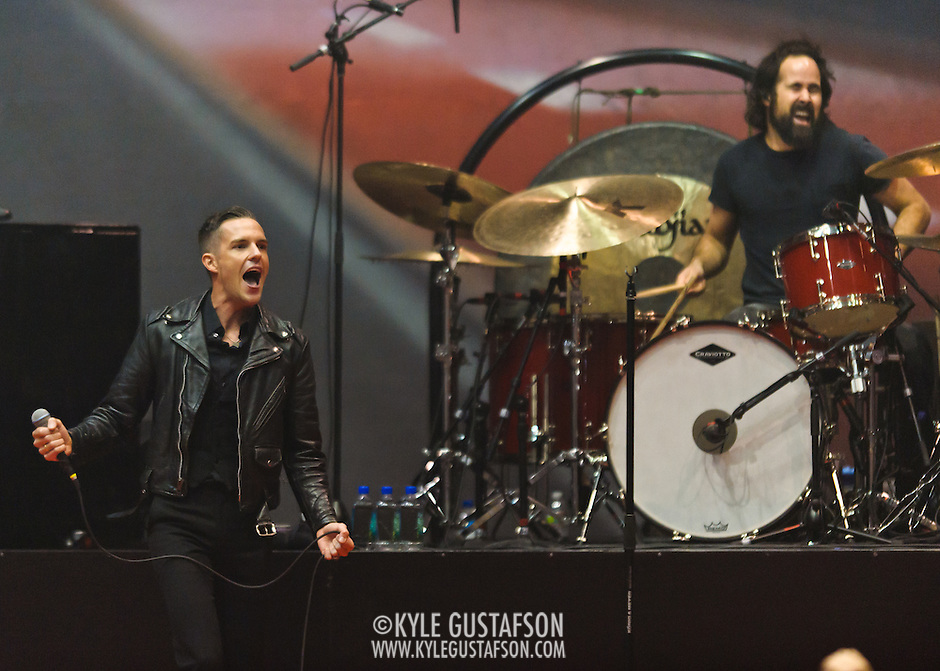 I shot this gig with my D3 and a rented 400/2.8. Soundboard shoots are tough when the stage doesn’t have a thrust that comes out into the crowd. That was the case here.  But I wanted to give a shout out to the band’s crew, one of whom let me set up my stool on top of a road case which gave me another six inches of clearance above the crowd and that made a huge difference in these photos. Thanks random crew guy! 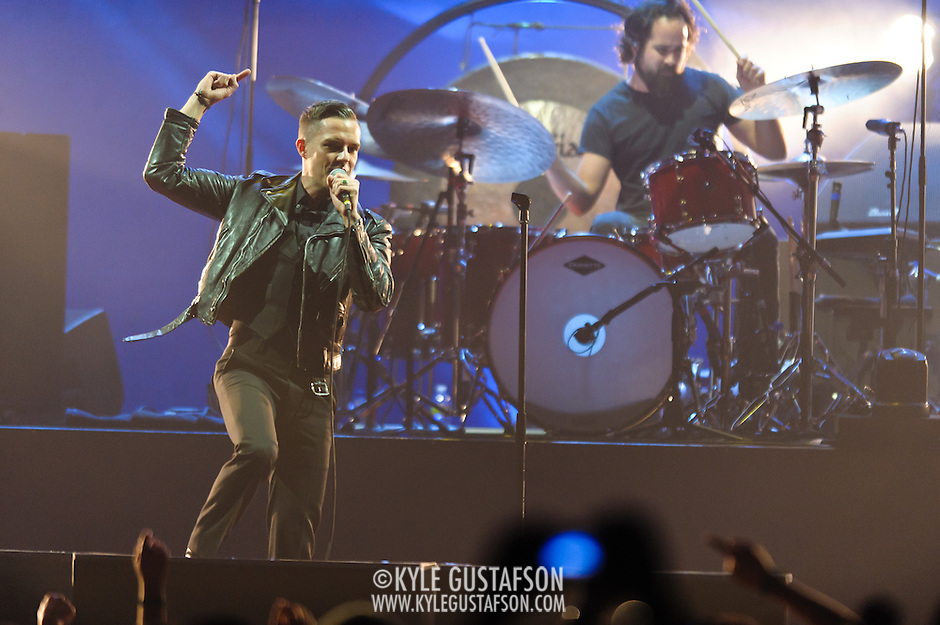