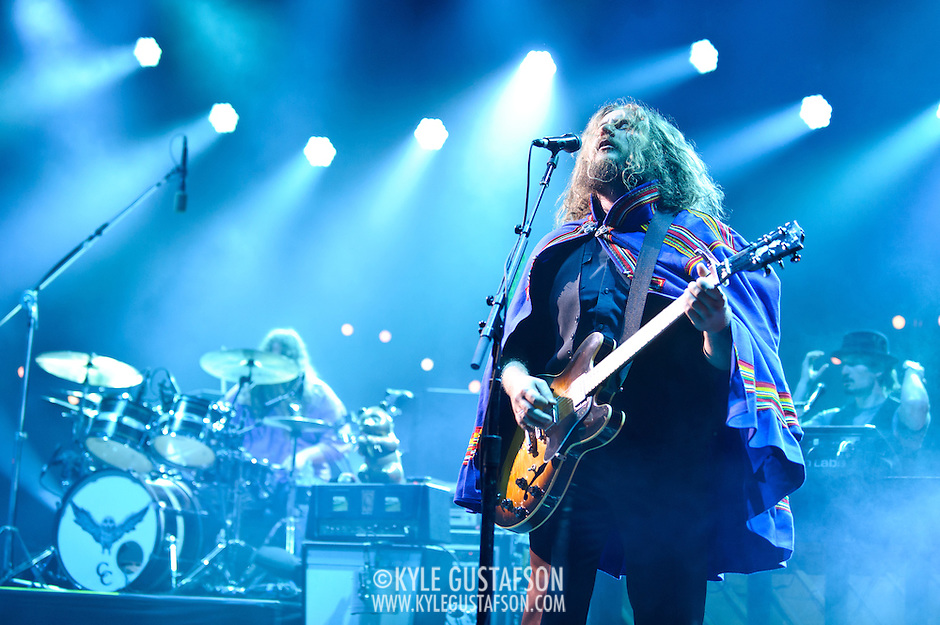 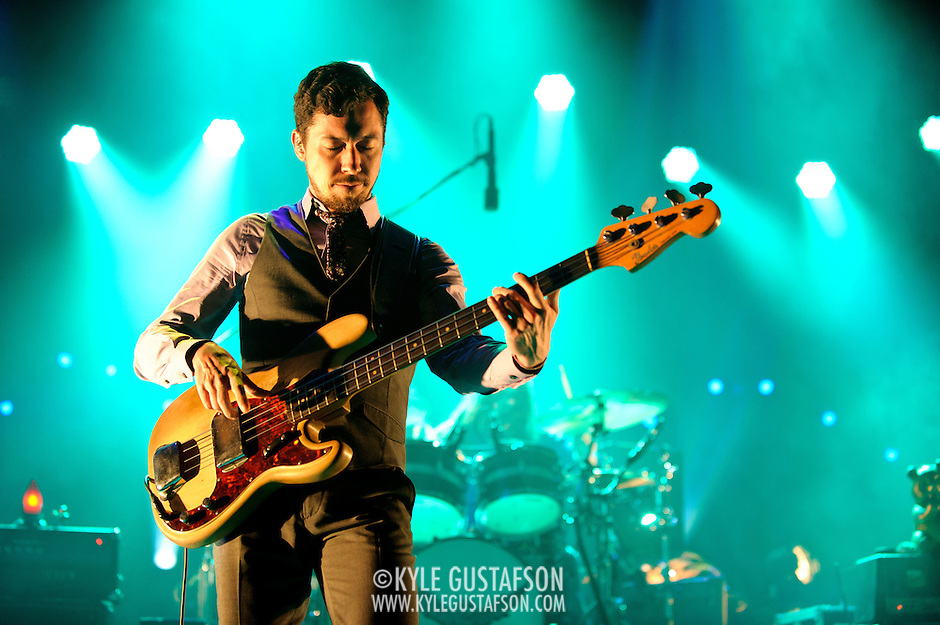 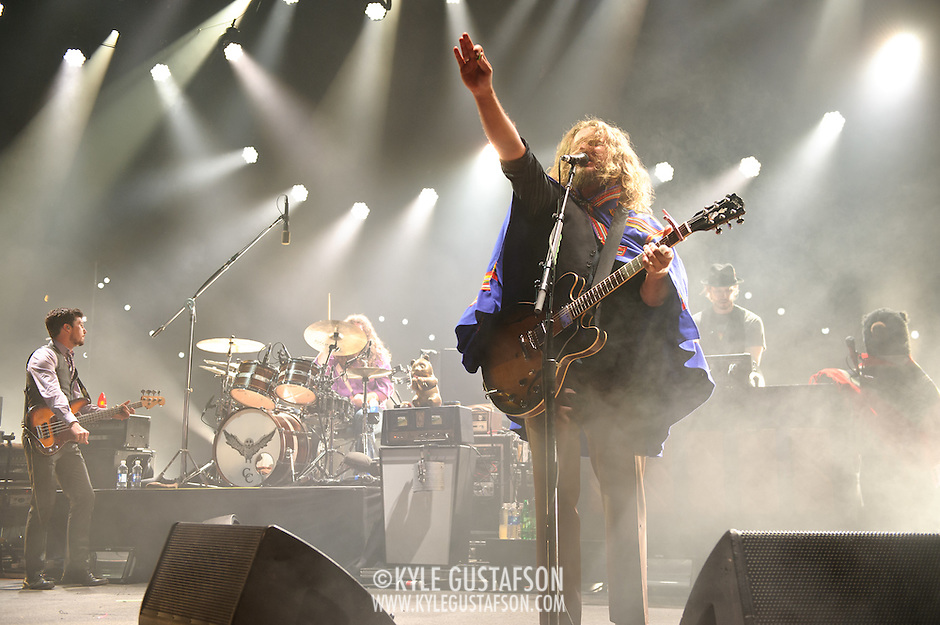 Another difference in this year’s show as that Jim James spent most of the first few songs stationed behind his mic playing his guitar. The entire band sets up a few feet back from the edge of the stage in order to give themselves room to move around once they get going, but until then, it’s difficult to get a variety of images because they are so far from the lip of the stage. 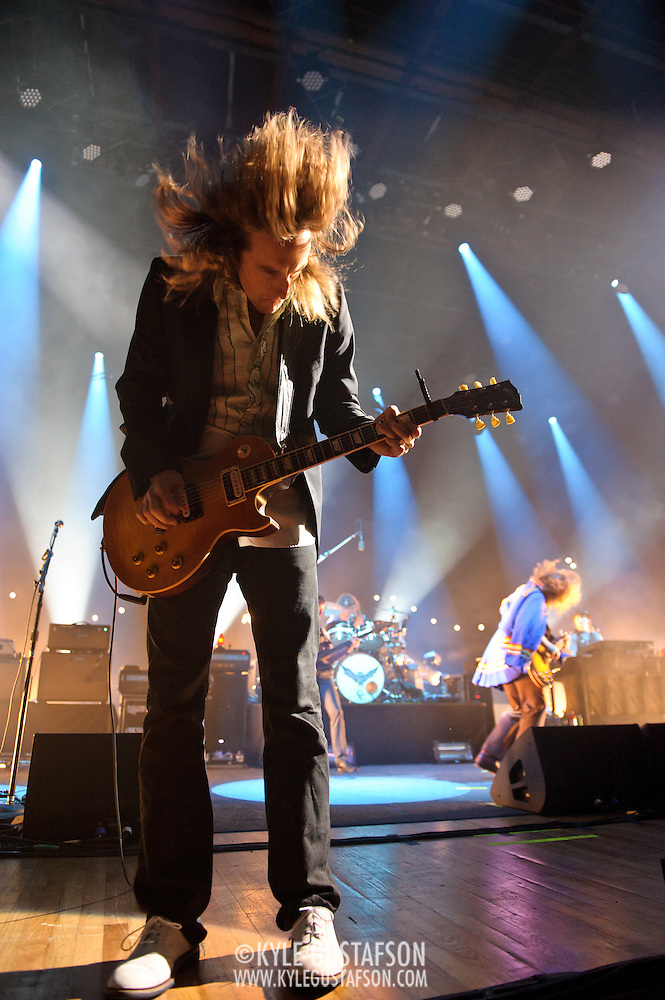 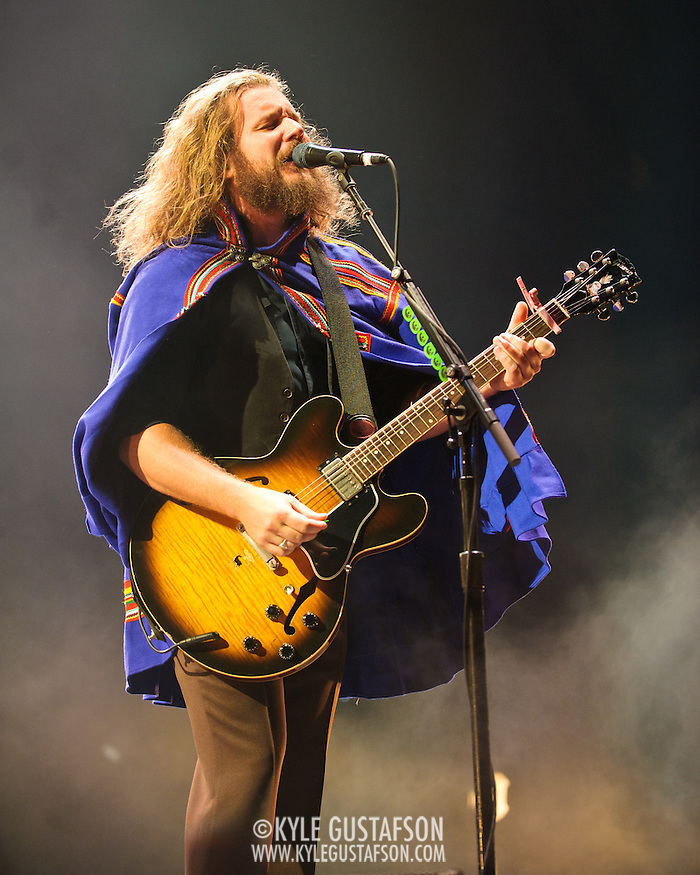 One great thing about this year is the rest of the band besides James was very well lit, something I hadn’t really seen before. I don’t think I had ever gotten a decent picture of guitarist Carl Broemel before this gig. Same for bassist Tom Blankenship. 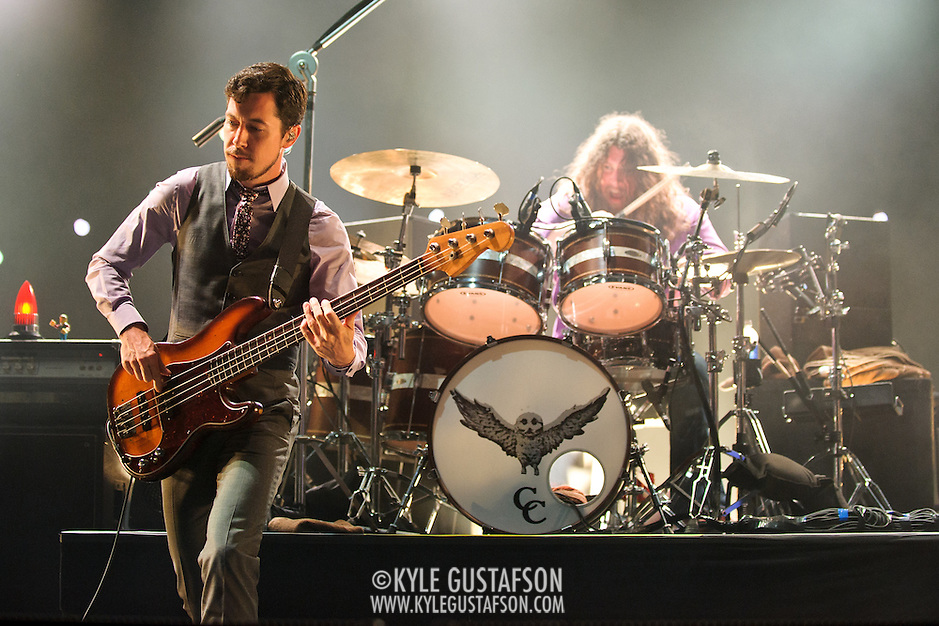 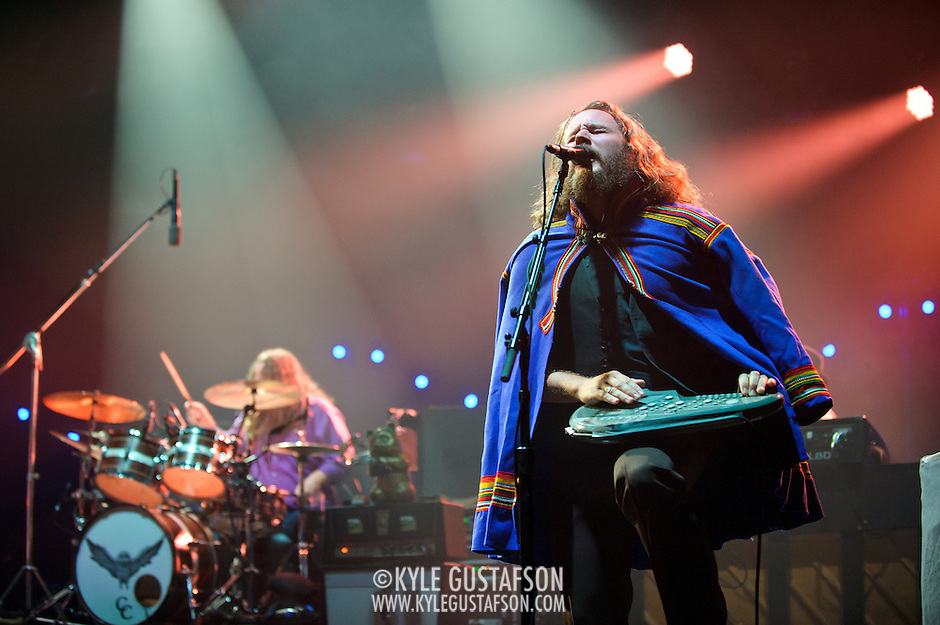 The lights weren’t as great as they were for Band of Horses, but they were still just fine. Epic hair shots were alos a bit fewer and far between this year, but I still managaed a few. 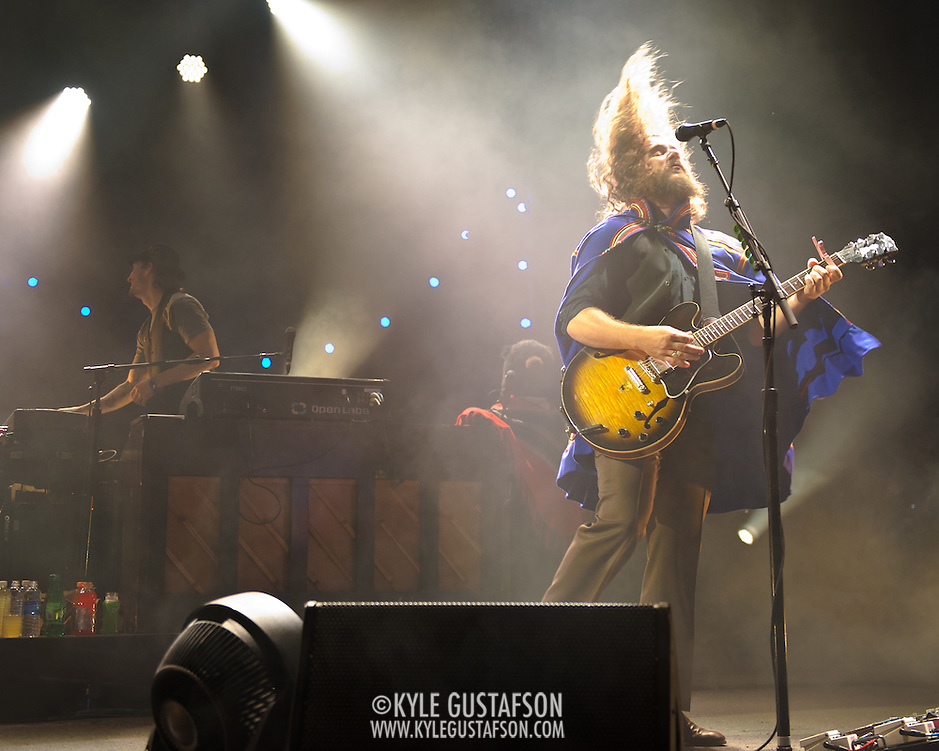 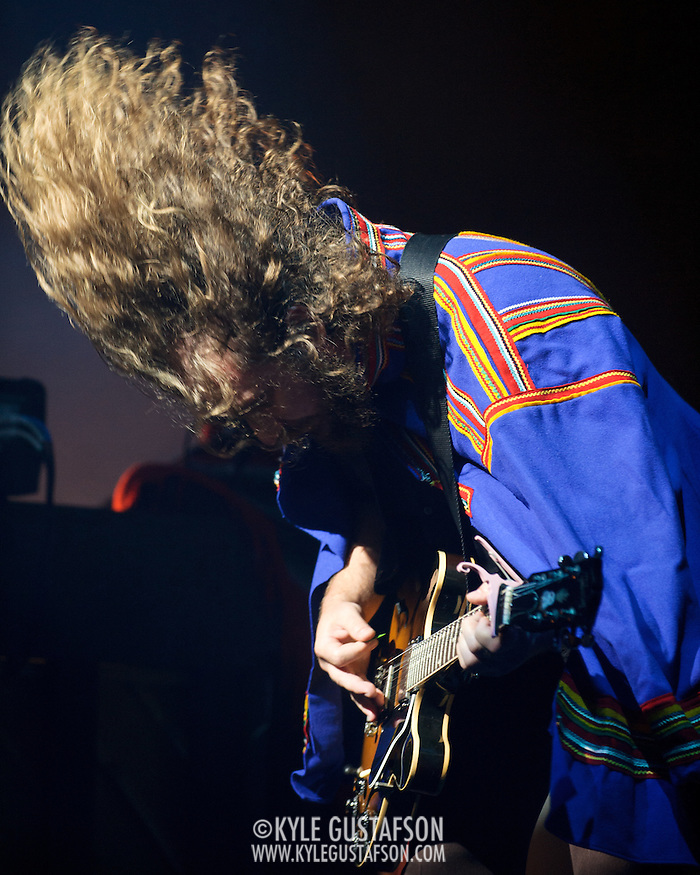