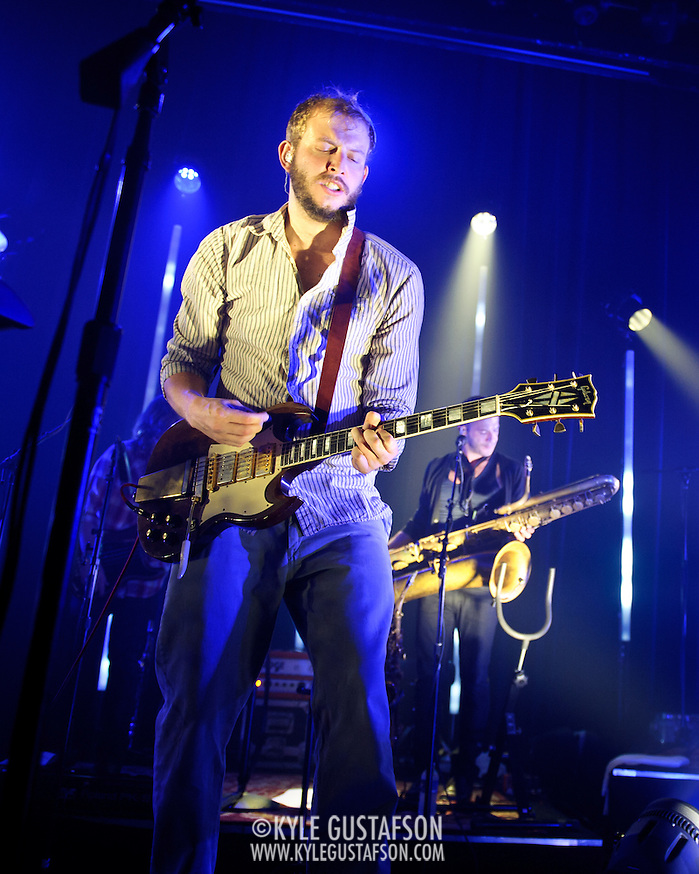 Perhaps the hottest act in indie music right now, Bon Iver began a sold-out, two night stint at the 9:30 Club on Monday. Lights were LED-tastic, but thankfully there were some cans on the front lip of the stage giving off some yellow hues, which helped make Justin Vernon look less like an alien. 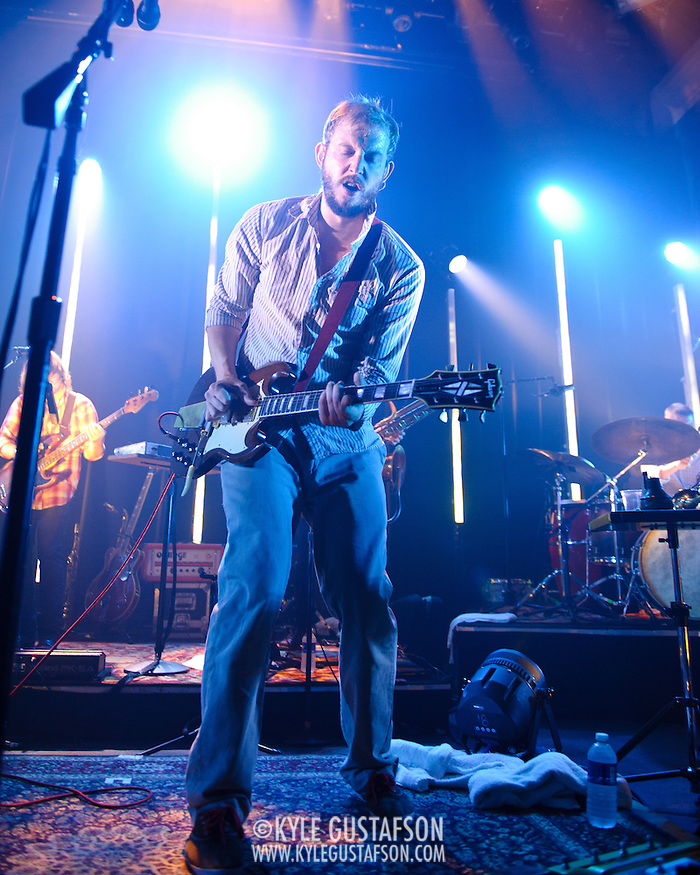 There was a small pit for this show, which was nice, but inside it was a video cameraman who was apparently working for the band. Photogs were allowed to shoot songs 2,3,4 (which I am always in favor of), but he went in the pit during song #1, took the best spot and then did not move from it. A drag for sure, but I still did alright. 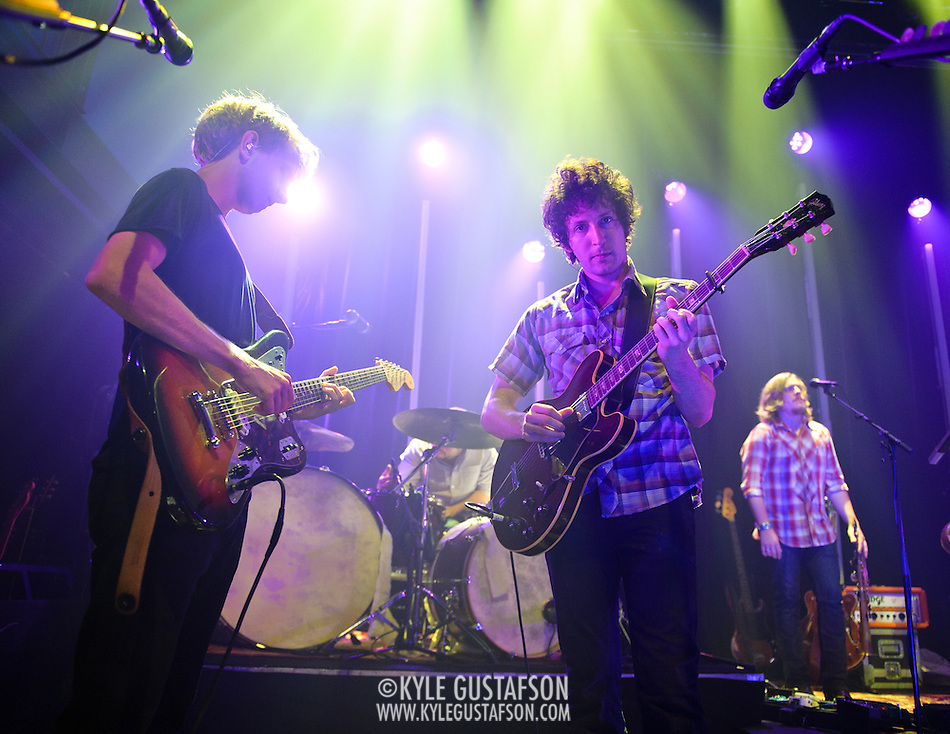 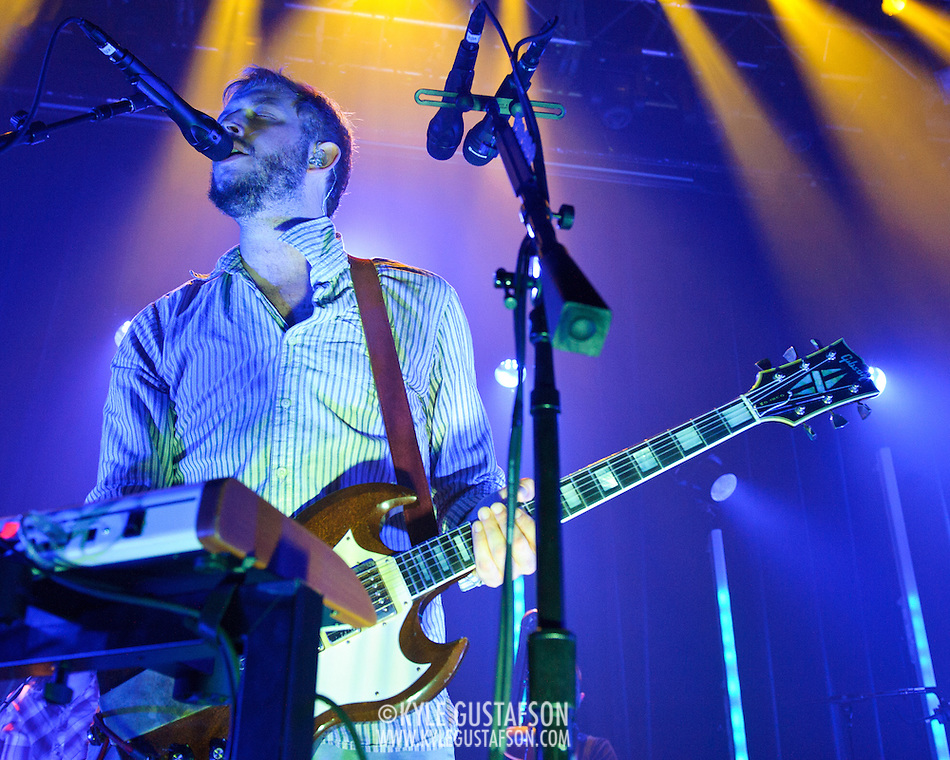 NPR did a webcast of Tuesday’s gig. You can listen to it here. 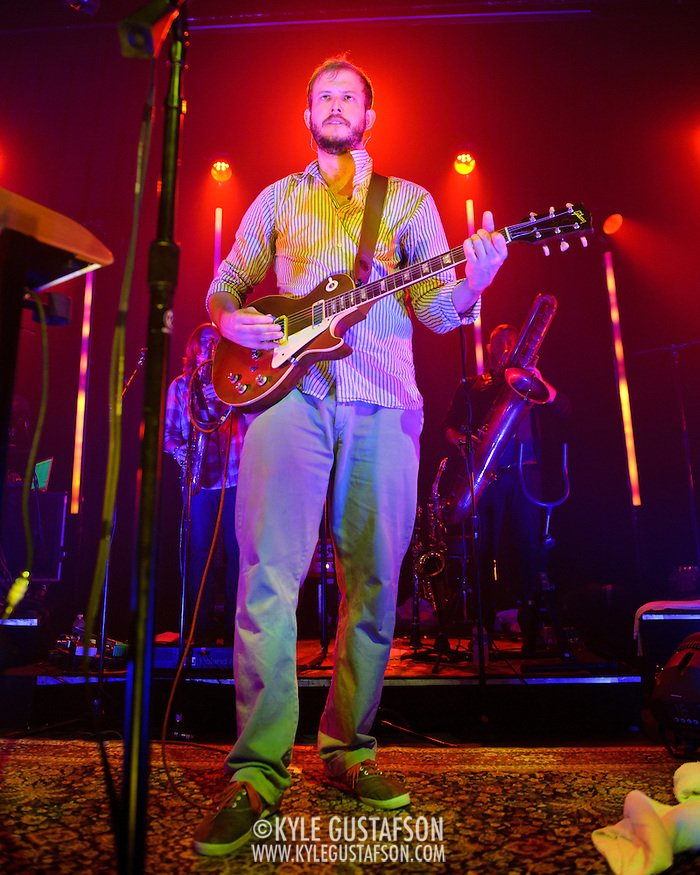 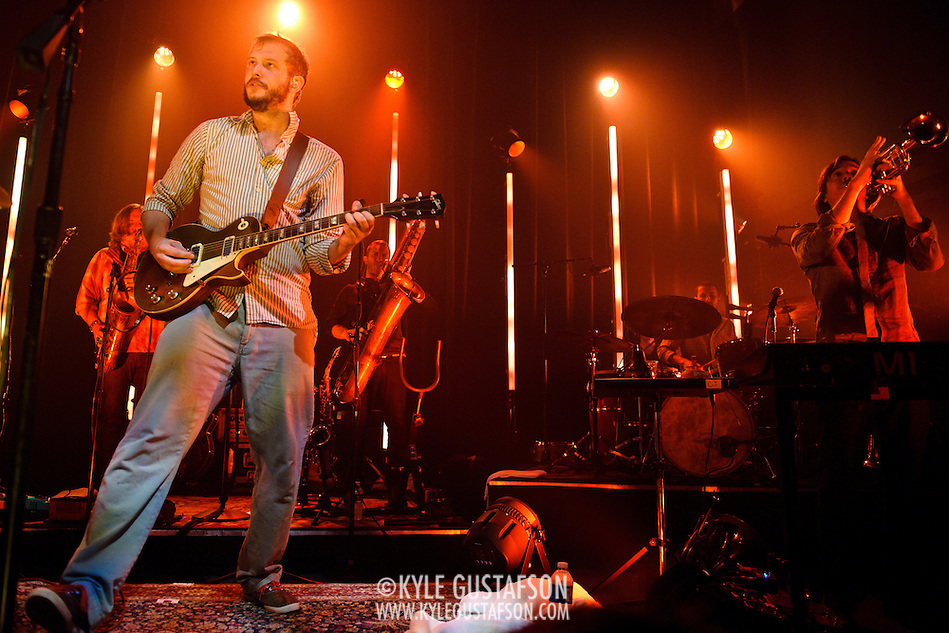