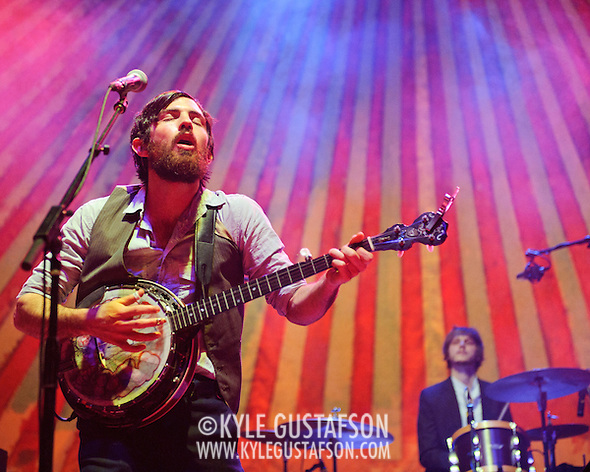 All due respect to these guys, but you’d be hard pressed to find a hotter band out there right now than The Avett Brothers. Hot off of last week’s appearance at the Grammy’s performing with Mumford & Sons and Bob Dylan, the North Carolina natives stormed into town and whipped a sold out crowd at DAR Constitution Hall into an absolute frenzy. 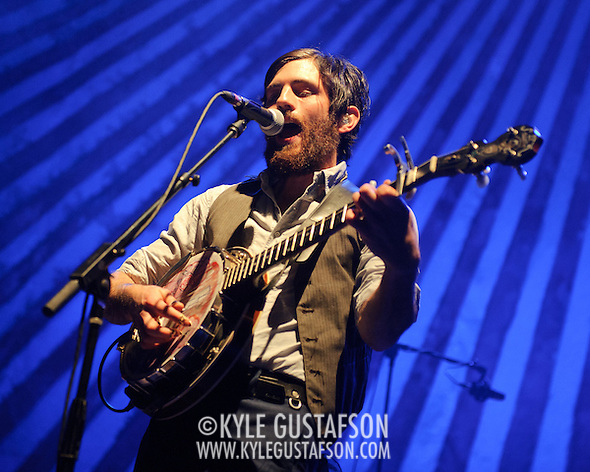 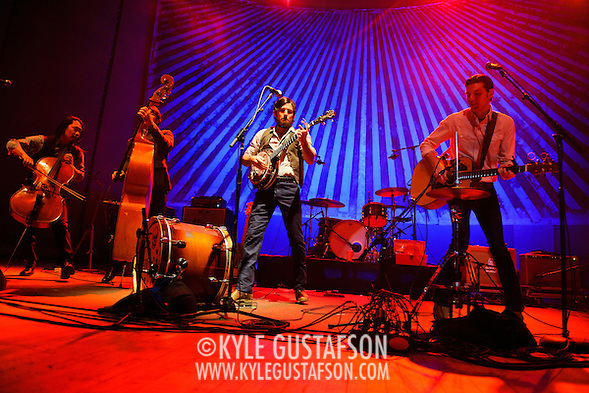 Shooting conditions were the normal for DAR; first three songs and access to the aisles. Lighting was better than we usually get, mostly due to the spotlight shining in from above the soundboard. Unfortunately there was only one, so generally one band member was lit while the others were shrouded in darkness. It also led to some harsh shadows on the band’s faces. That said, I LOVED the band’s giant, striped backdrop which gave all the photos some great background contrast, especially on the tight shots. 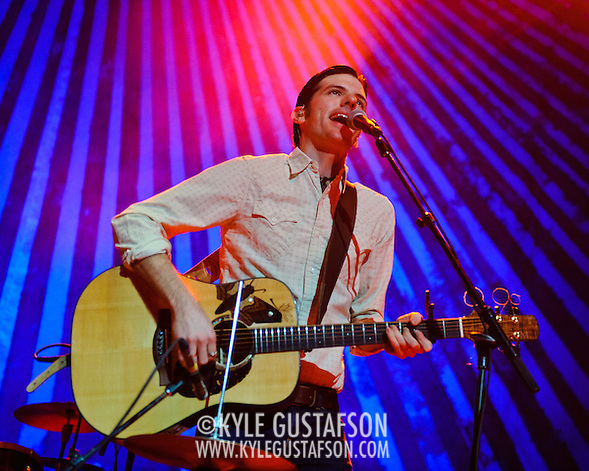 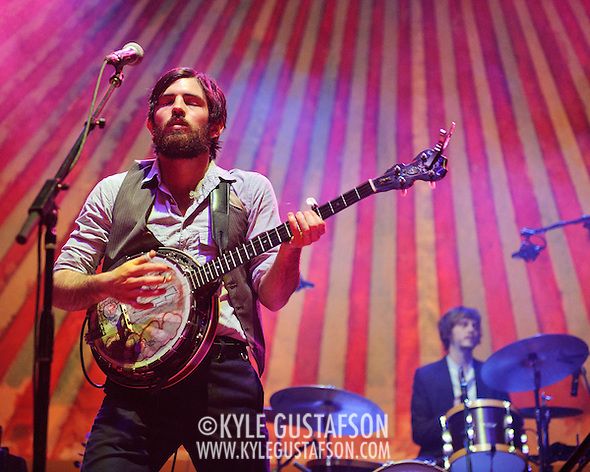 Scott and Seth Avett started the show in the center of the stage, sharing the spotlight (literally) while singing an acoustic duet. Song two saw both of them strapping on instruments and playing with the rest of the band while Seth retreated behind his piano for song three. Seth was mostly in the background and not lit very well, hence most of the photos here of Scott. 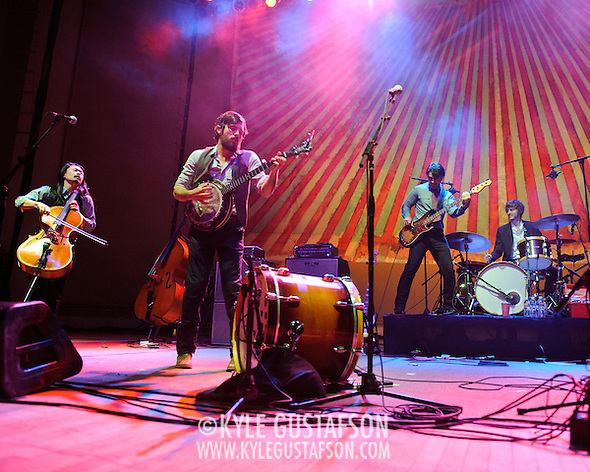 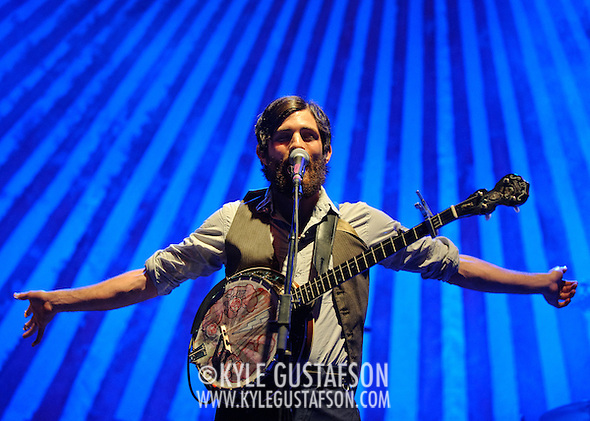 Overall I really enjoyed this assignment and would jump at the chance to shoot these guys again. Check out the full photo set below. Click on any of the photos above or in the below slideshow to order a print to hang on your walls!