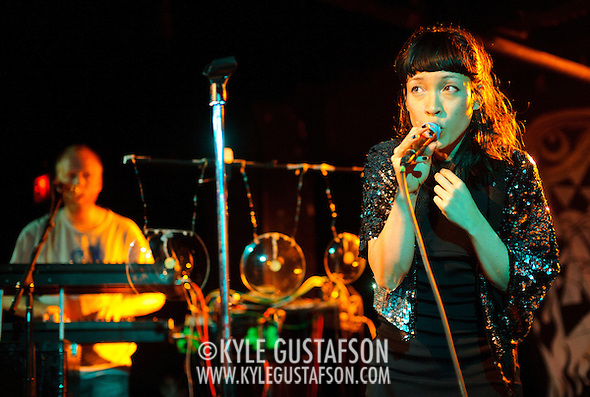 After spending Friday night at the Black Cat for the Dismemberment Plan show, I turned around on Saturday and headed back there to catch Little Dragon. Like most people (I assume), I was introduced to the band by lead singer Yukimi Nagano’s work on the last Gorillaz album. Her work with Little Dragon is in the same vein–smart, catchy elctropop. 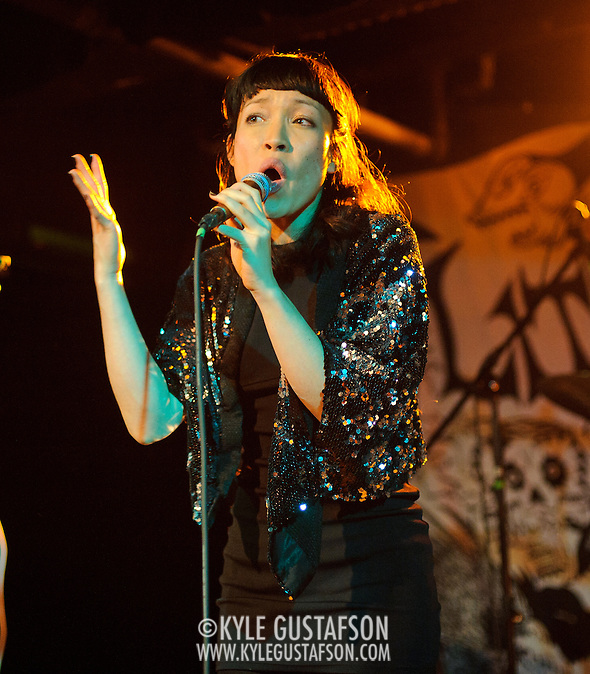 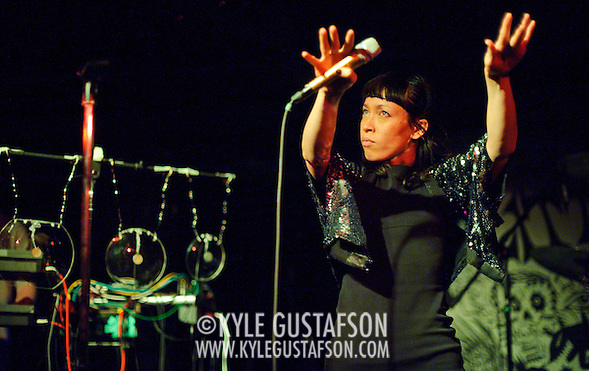 The band’s live set up presented a bit of a problem. The guitarist and keyboardist were set off on the side of the stage and not lit well at all. Most of the stage light was focused on Nagano, hence almost all of the photos you see here are of her. That said, the lighting at the show was surprisingly good. I’d say these shots rank right up there with the best I’ve ever gotten at the Cat, lighting-wise. 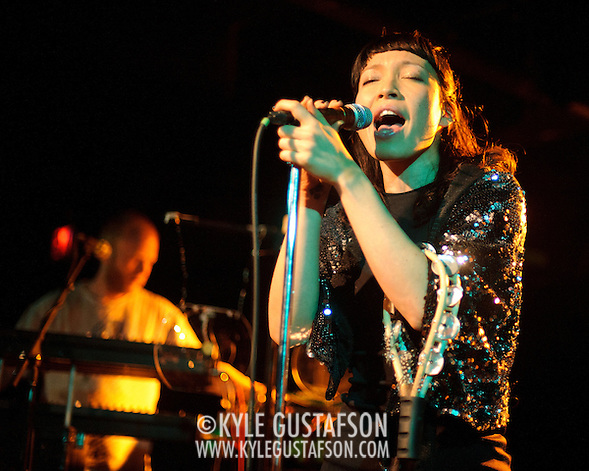 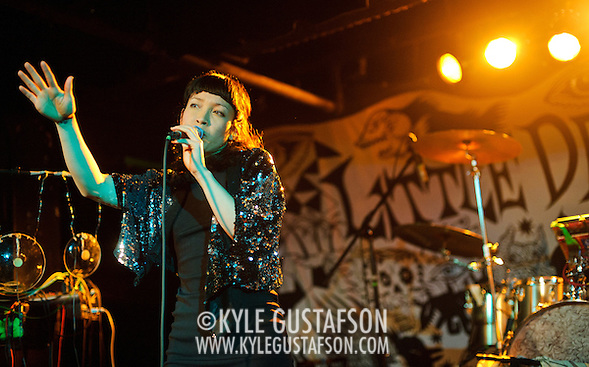 I was still using my rented 24/1.4 for this gig but my 50/1.4 ended up being the lens I used most during the gig. I had previously not been happy with the results I’d gotten from that lens, but perhaps I just haven’t spent enough time with it. 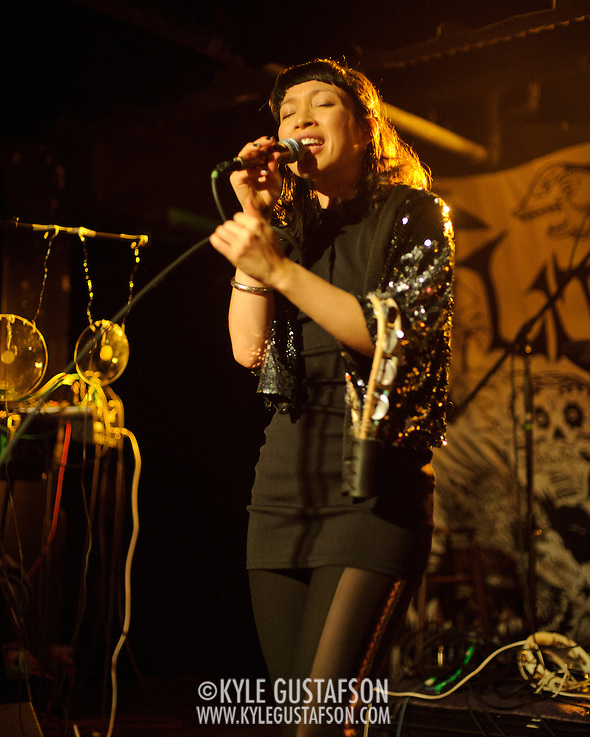 Check out the full photo set below. Click on any of the photos you see here if you are interested in purchasing prints. Also, I had a quick portrait session with the band before doors. I’ll be posting those photos later in the week.