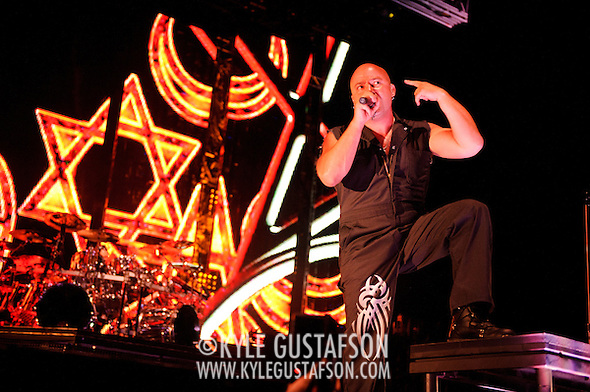 Headlining the Rockstar Energy Uproar Festival, Disturbed played to a smallish but very devoted audience that made the school night trek out to Northern Virginia. I jumped at the chance to shoot a metal show, we tend to not cover many of them at the Post, but ultimately I was a bit let down by the band’s subdued performance and the lack of decent lighting. 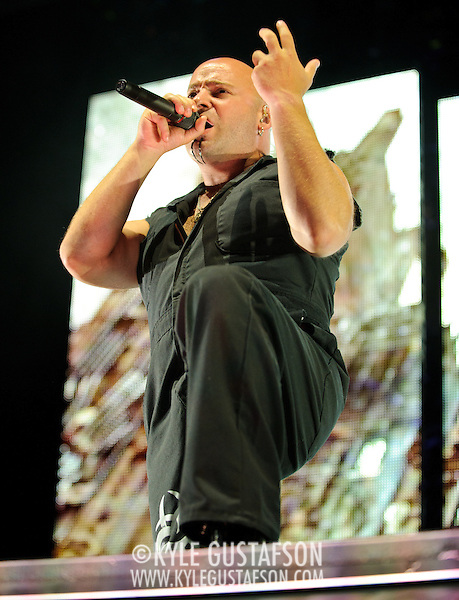 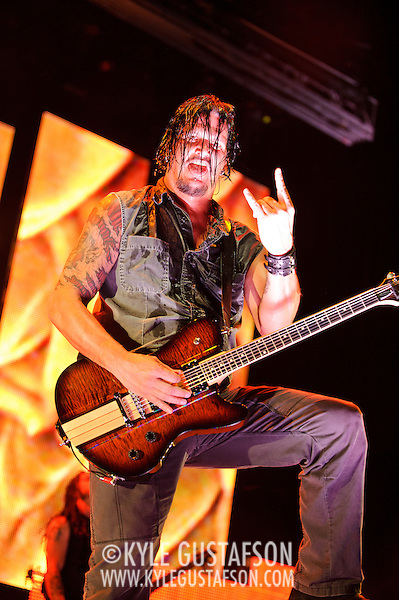 Despite the occasional posing by the band members, this wasn’t a very exciting shoot. The lead singer basically walked back and forth across the stage and stopping once in a while to strike a pose on the stage risers. The stage height at Jiffy Lube coupled with the stage risers on the lip of the stage made finding a suitable angle to shoot from rather difficult. 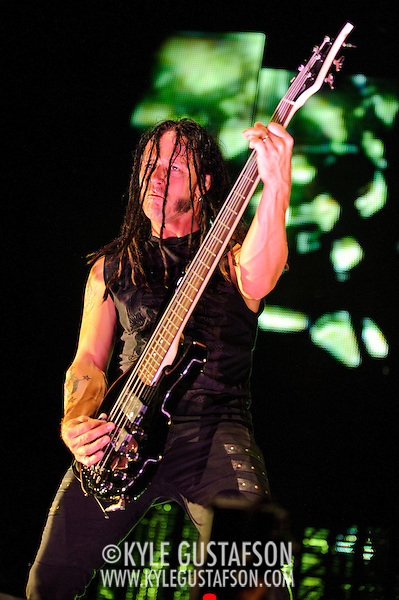 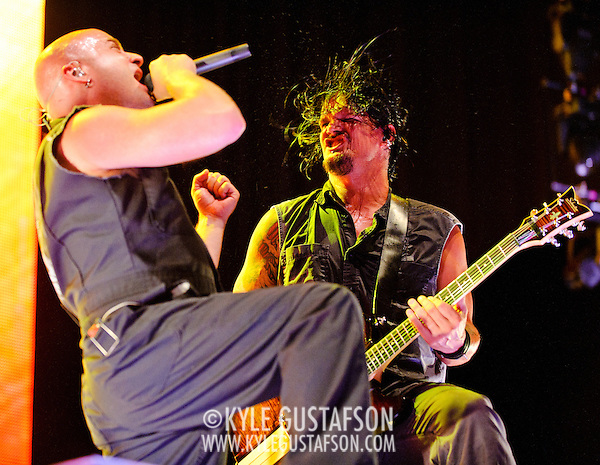