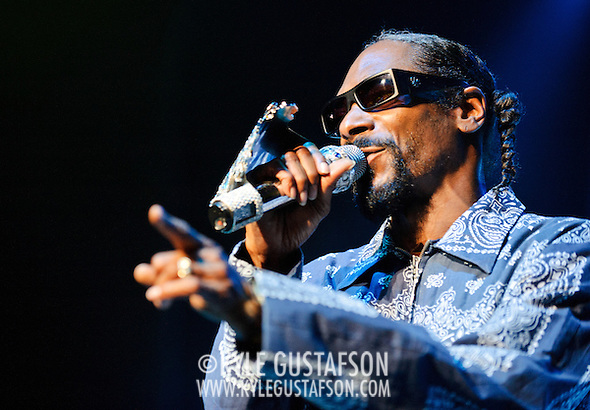 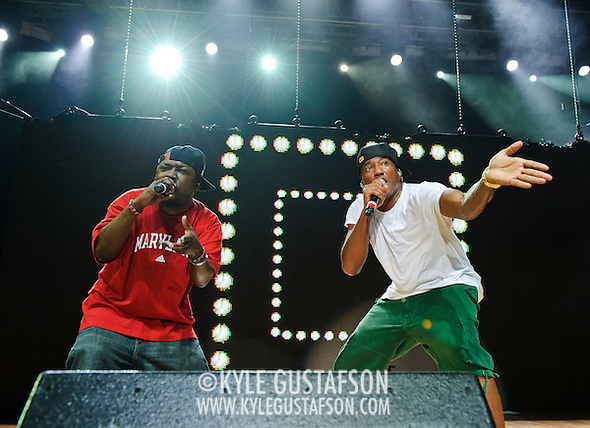 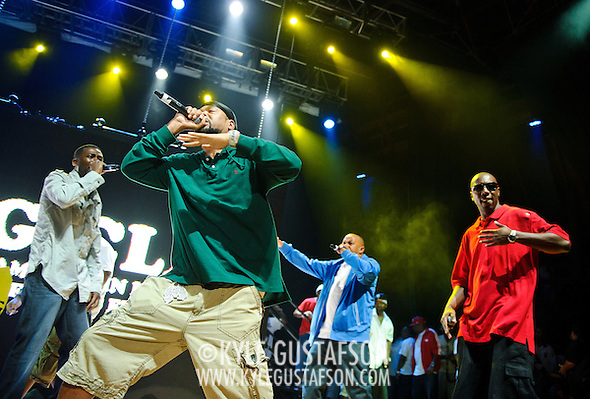 I have a very love / hate relationship with the Rock The Bells tour.  This was my third year in a row covering the tour and despite the consistently  great lineups, the stages never run on time and it always ends up being a very long day.  This year’s tour stop at Merriweather Post Pavilion featuring Snoop Dogg, the Wu-Tang Clan, A Tribe Called Quest, Lauren Hill and many more was true to form. 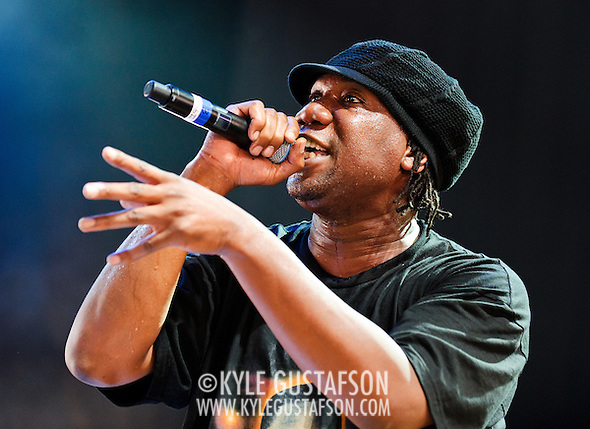 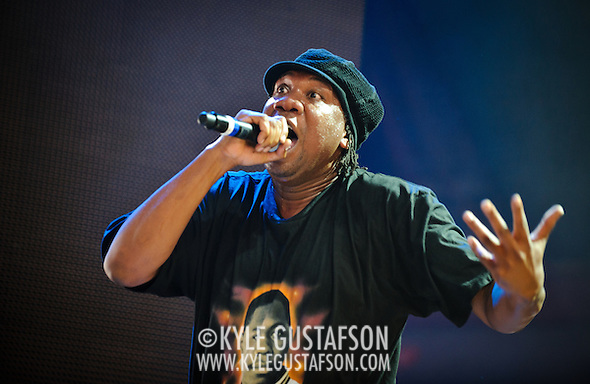 I rolled out there later than I would have liked but I really couldn’t justify getting to Merriweather at noon to see Slick Rick, no matter how much I wanted to see him.  Ditto Rakim.  So we rolled in around 2 p.m. and KRS-One was the first act of the day I ended up shooting.  I’m a huge Boogie Down productions fan and KRS played a great set, but I would have liked to have heard “My Philosophy” or “I’m Still #1.” 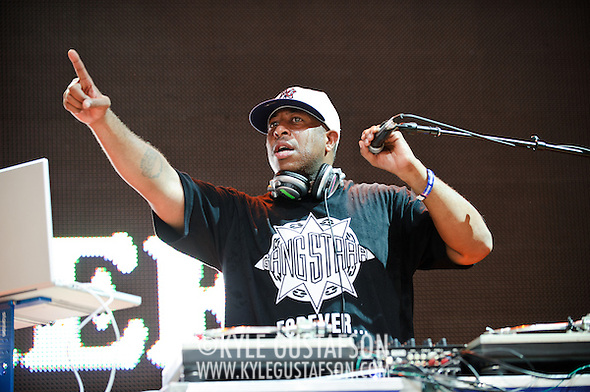 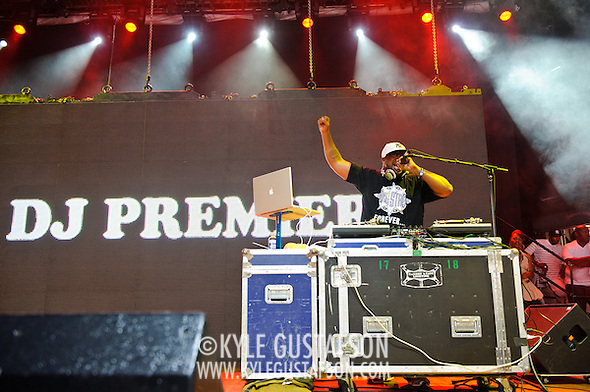 DJ Premier was next on the main stage and he played a short and focused set highlighting his work with Gang Starr while throwing in some other hip-hop gems to keep everyone on their toes. 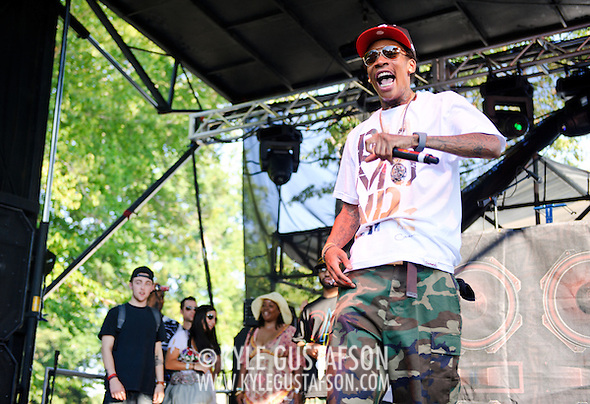 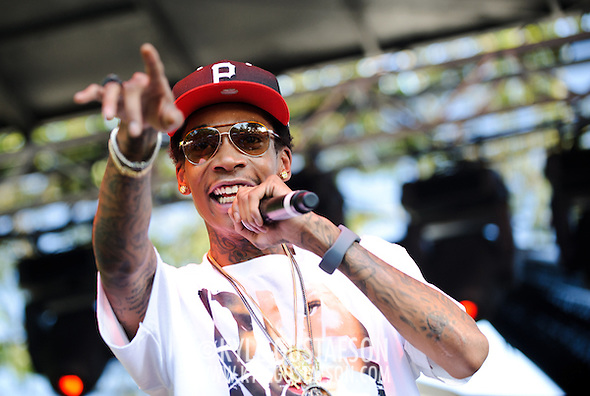 Then the drama started.  The stage was set up for Lauren Hill but she didn’t show. After 45 minutes of waiting, I sprinted up to the second stage (already srunning an hour late) and shot Wiz Khalifa for a quick minute before running back to the main stage to see if Ms. Hill would indeed show.  Turns out she was busy getting a mani-pedi. No joke.  As if that wasn’t bad enough, the next act, A Tribe Called Quest, didn’t go on until after 6 p.m., which meant there was no music on the main stage for over 2 hours! 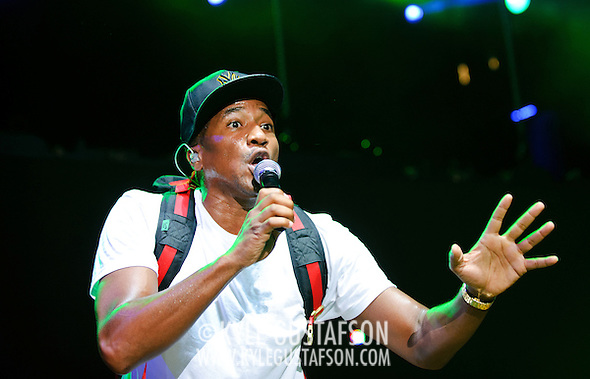 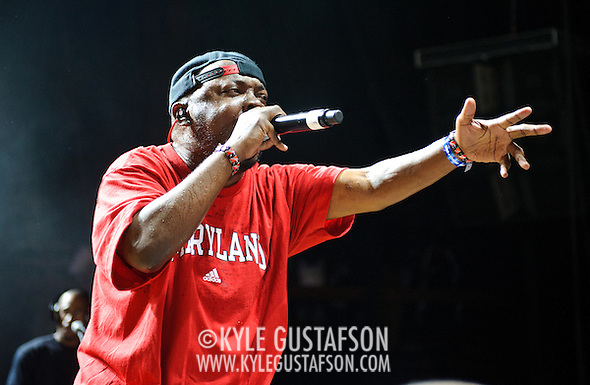 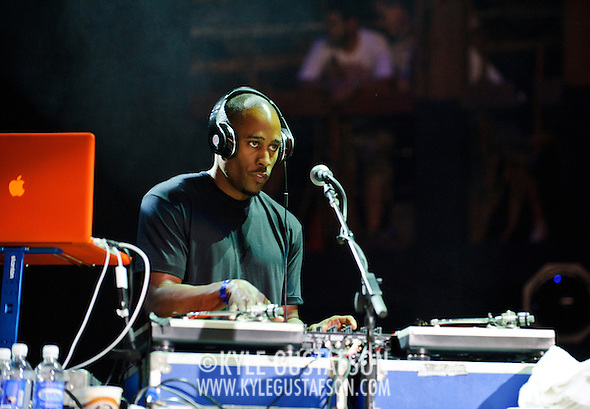 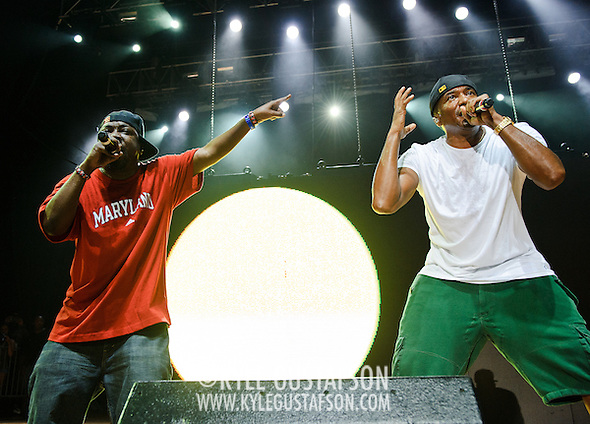 Luckily, Tribe absolutely threw down.  I’ve seen them countless times but this was perhaps the best set I’ve ever seen them do.  They were incredibly energetic and their Midnight Marauders based set was exactly what the crowd needed at that point in the day. Jarobi showed up as did Busta Rhymes and all hell broke loose late in the set (in a good way).  Q-Tip sweated straight through his t-shirt and performed the last few songs in his boxers.  It was incredible. I’ve been a HUGE Tribe fan since the the early 90’s and to finally get a chance to shoot them was incredibly rewarding. 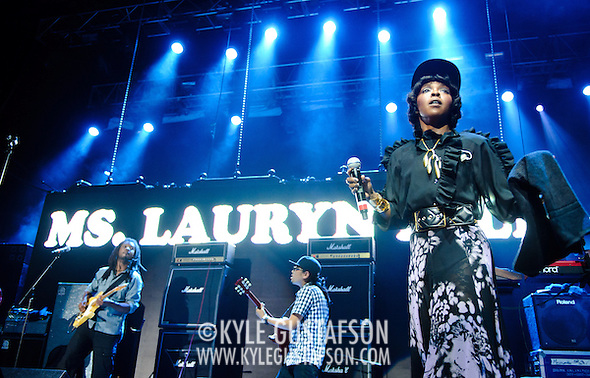 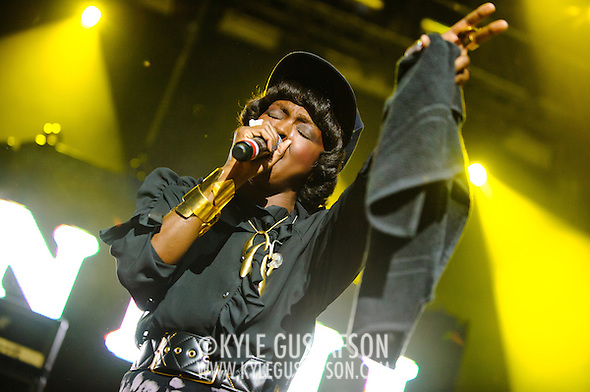 At this point Ms. Hill was finally ready to go and played a short 5 or 6 song set that was all over the place.  She ran around stage yelling instructions at her backing band and occasionally sang a hook or two from one of her songs.  After the stunt she pulled there was no way I would go out of my way to see her perform again. 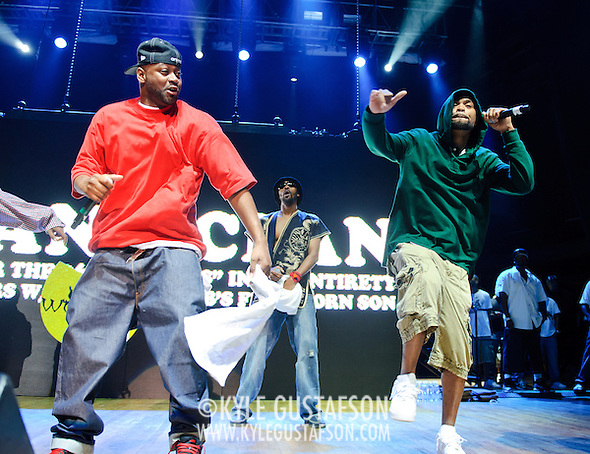 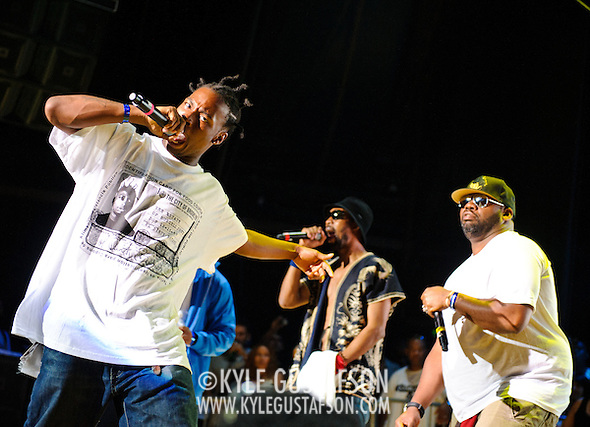 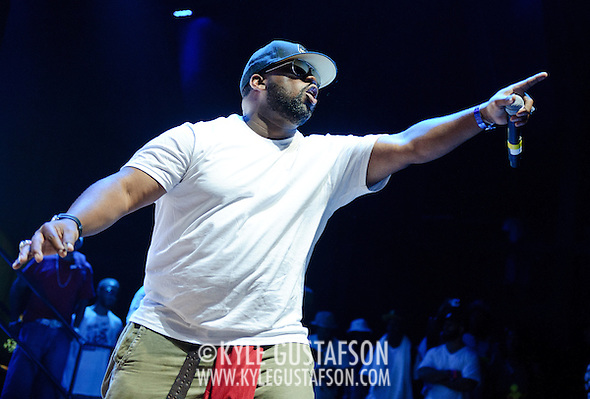 I’m not sure what to say about the Wu-Tang’s set.  They were all in the house and everyone was playing nice with each other. They didn’t play 36 Chambers in its entirety like the bill said, but they were still straight fire. Quite simply, any day you get to see the entire Wu-Tang perform, that’s a good day. 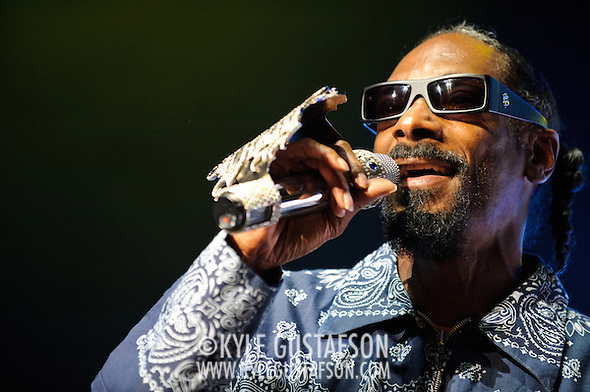 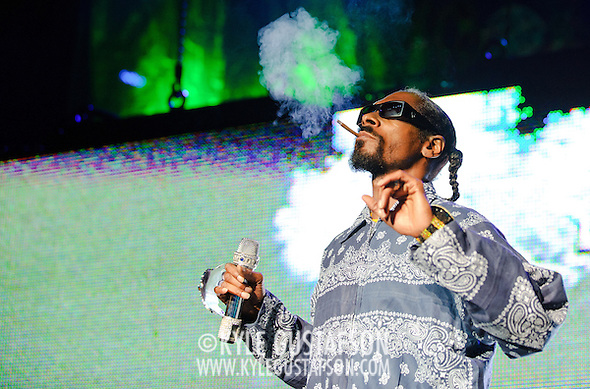 Then it was time for Snoop.  Only he kept us waiting over an hour while he was in transit from NYC, where he performed earlier that day.  With the 11 o’clock curfew looming he finally took the stage at about 10 ’til and played until 11:36.  His set was fine, but more and more people were heading to the door after every song.  It was a school night after all.  Some of his Doggy Style material like “Tha Shiznit” sounded great, but he seemed tired and not really into it and it showed in his performance.  Al in all, a let down ending to what could have (and should have) been a great day of music. 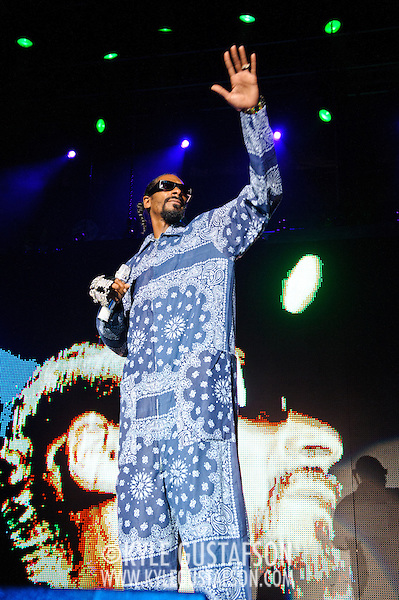 Be sure to read David Malitz’s review for the Washington Post, where he explains things much more eloquently than I do. 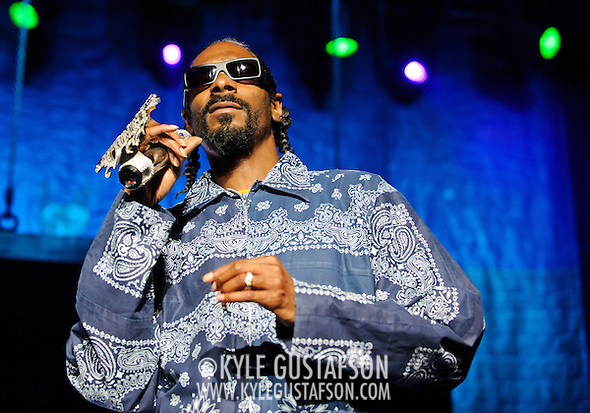 And here’s the full photo set: