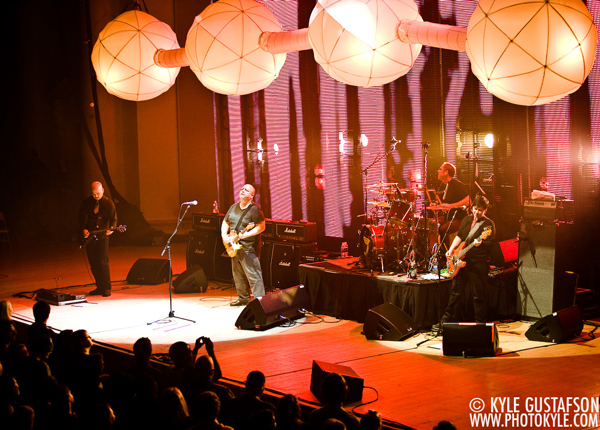 I used to think that soundboard shoots were the worst conditions I had to shoot under but after shooting the Pixies at DAR Constitution Hall, I now know I was wrong.  Shooting from a similar distance on the side of the stage is definitely worse. 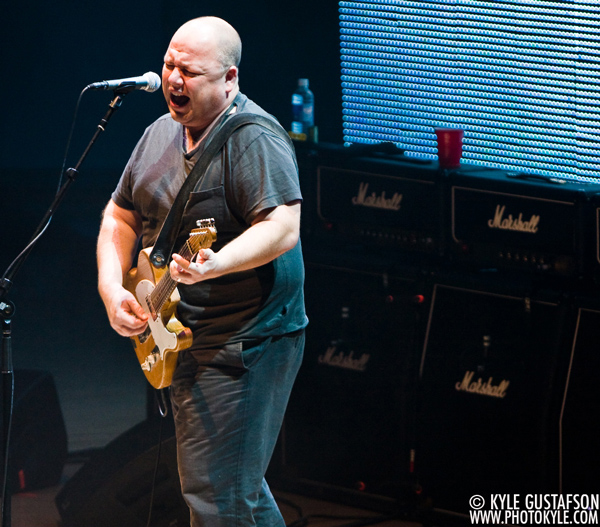 OK, I am being overly dramatic but I really hate when bands make photographers choose a side and stick to it (Pearl Jam, Kings of Leon and R.E.M. are also guilty of this, although Stipe moved around a lot so it didn’t matter as much).  Limiting me to one side of the venue really limits what I am able to shoot, especially when the band does not move around the stage at all.  I’ve seen Oasis more time than I care to admit but the Pixies make Liam look like Mick Jagger.  The only movement Frank Black did on stage was to walk back to the drum rise in between songs to get a sip of whatever he was drinking.  That was it. 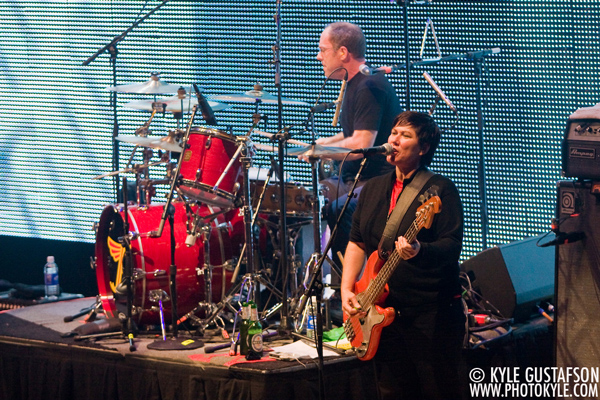 Knowing I had to pick a side, I chose Kim Deal’s side, because, let’s face it, everyone LOVES her (and with good reason).  Sadly she was set back beside the drum kit and not lit very well.  But Joey Santiago spent most of the gig looking at Frank Black so I felt like I chose the better side. 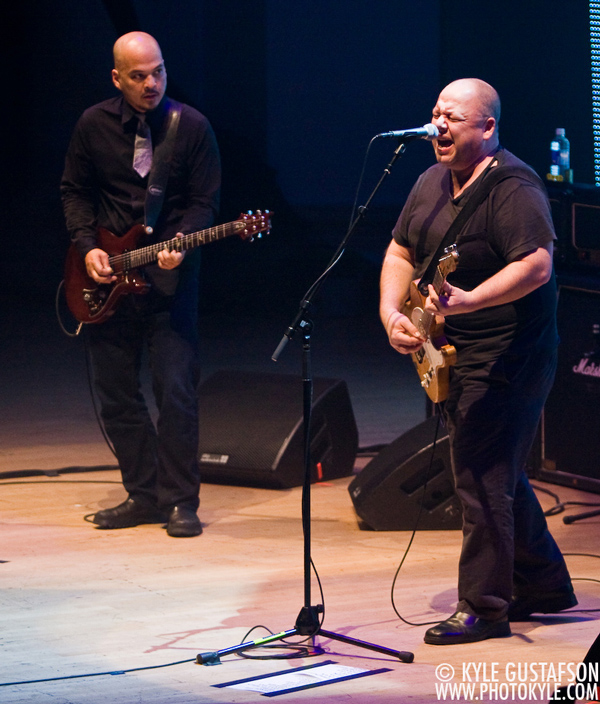 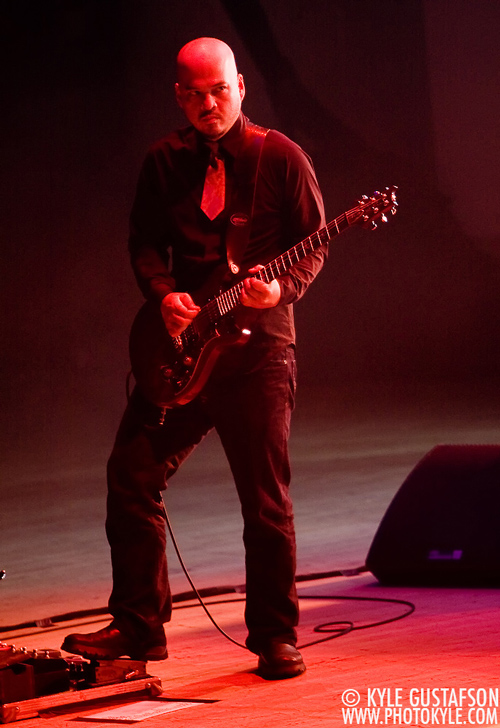 I will say this for the Pixies, they let the photogs shoot songs 5-8 because the light was better than the first four songs, something I definitely appreciated.  The band didn’t really use their LED backdrop until the 5th song, when the kicked off their Doolittle set.  Due to the angle I was shooting on, the LED backdrop doesn’t look so hot, but not much I can do about that. 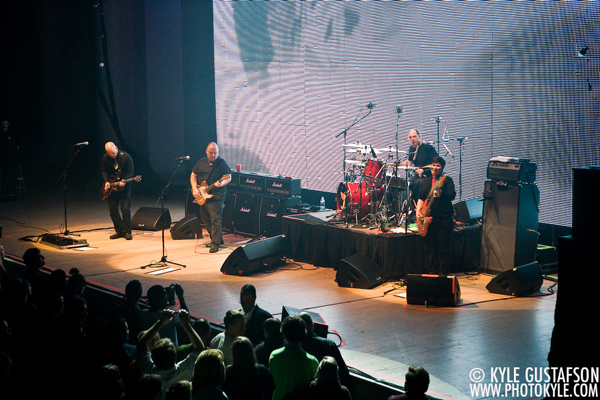 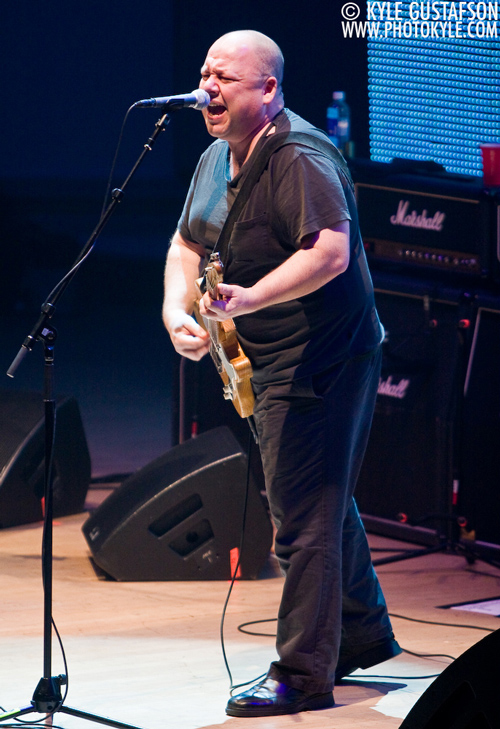 Musically, the band were amazing. My only complaint (more like a nitpick) was the gig was a bit sterile because you knew what was coming next, but it still worked.  I actually ended up enjoying “side two” of Doolittle, which starts with track #8, “Mr. Grieves.”  Probably because I have spent less time with the back end of the album so it felt newer to me. 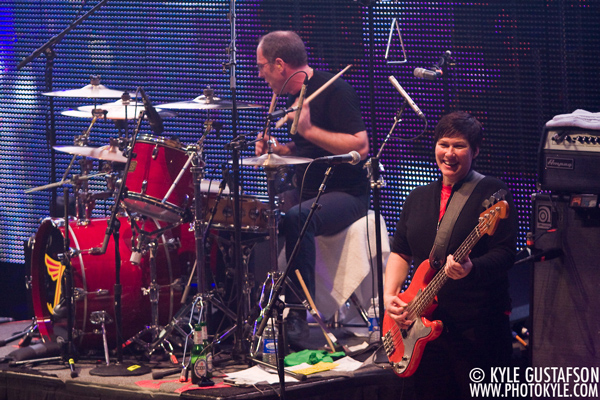 One added treat was getting to watch the Pixies set with Jonas from Mew.  Read all about that here.