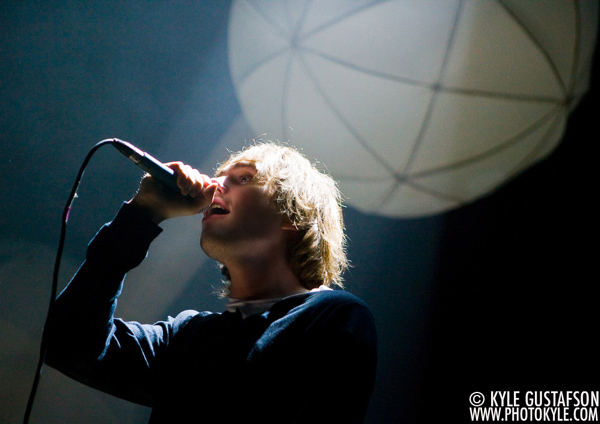 In the last few years Mew have become one of my favorite bands.  I listen to their 2006 album And The Glass Handed Kites constantly and am really enjoying their latest album No More Stories…  So when they were announced as the opening band for the second night of The Pixies 2-night stand at DAR Constitution Hall it was a bit of a no-brainer to get rid of the ticket I had already bought for night #1 and catch the second show. 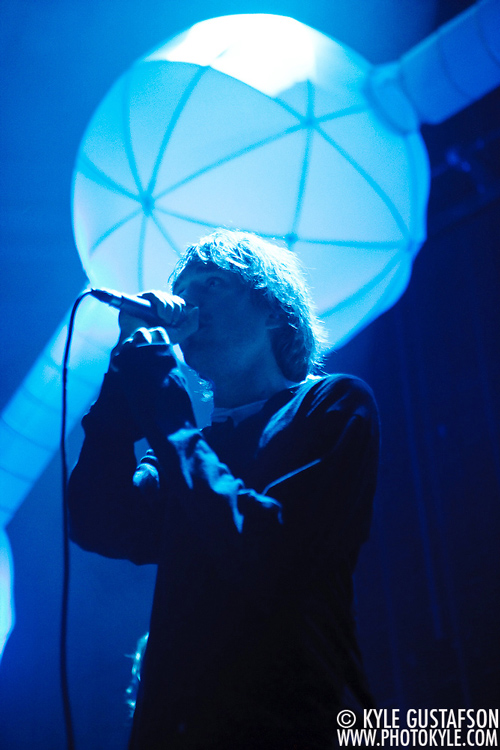 And Mew did not disappoint despite their short 45 minute opening set (which I guess isn’t “short” for an opening band’s set, but I wanted them to play for twice that).  The short set actually worked for them though.  The band stuck to their “hits” like 156, Special, Zookeepers Boy and Am I Wry, No? and sprinkled a few new songs in there for good measure.  Everything they played sounded right at home in such a big venue. 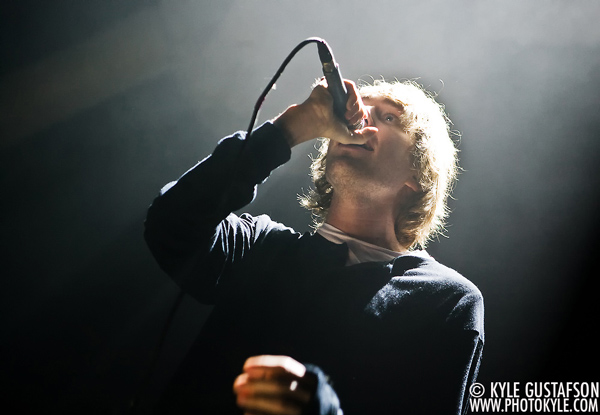 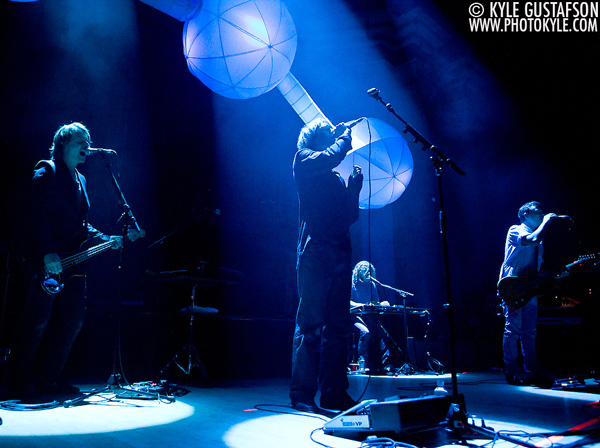 As any Mew fan can tell you, the band basically play their shows in the dark and this gig was no different.  This obviously made for very challenging shooting conditions.  The set started out in pitch black darkness with the occasional flickering spotlight on the band members and eventually settled on a deep blue hue by song number three.  Lead singer Jonas Bjerre was the only band member that was lit consistently, his bandmates were content to stay in the shadows at the back of the stage, which is a shme because I didn’t get any good shots of guitarist Bo Madsen. I shot these shots with my 70-200/2.8 and 24/70/2.8 but probably could have (and should have) used my 50/1.4. 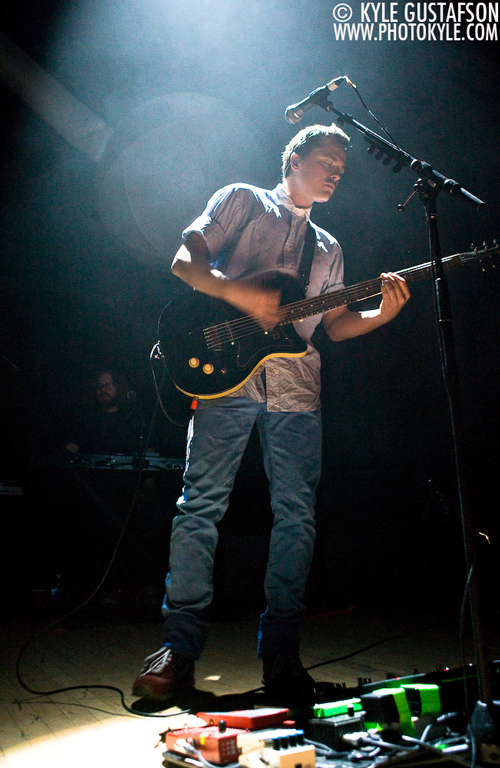 I got a real treat right before the Pixies set began.  Jonas came out to try and get a spot to watch their set and sat down right beside us.  We started chatting (I had interviewed him the week before in advance of the show) but then the seat owners arrived and he had to move.  Since there were no other seats available, I gave him my seat while I went to shoot the Pixies.  When I was done, we all squeezed into the row and enjoyed the show.  Jonas is very shy but super nice and extremely polite.  He was obviously a huge Pixies fan (he clapped all the way through both encore breaks and said “They didn’t play ‘Into The White’ when the main set was over). 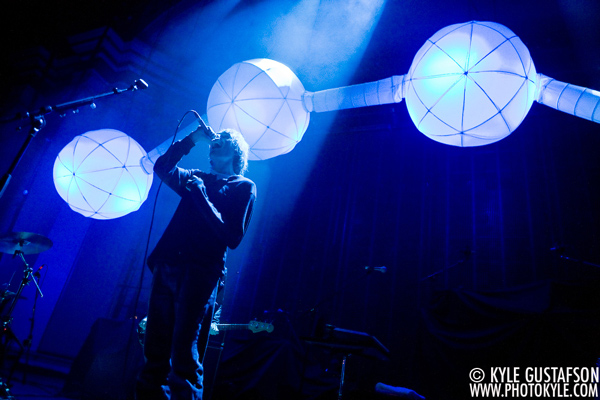 I’ll have my Pixies photos up shortly.