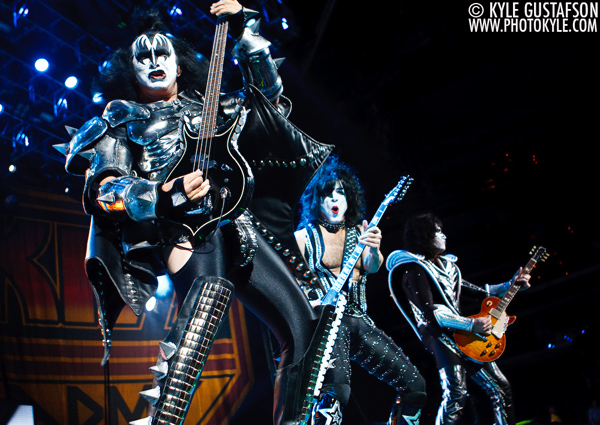 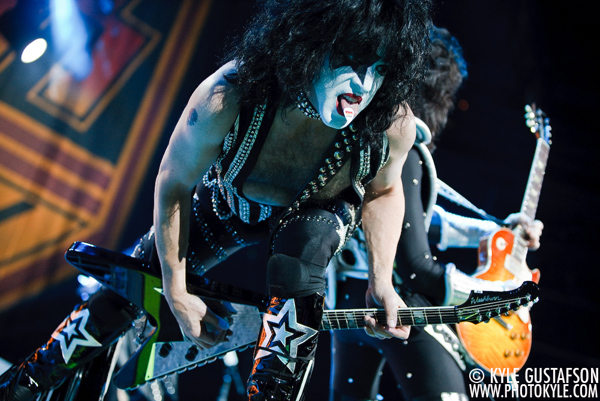 I wanted the best and I got the best on Tuesday at the Verizon Center.  The KISS Army was out on full force as Paul Stanley and Gene Simmons brought the latest incarnation of KISS to the nation’s capital on their Kiss Alive/35 tour. 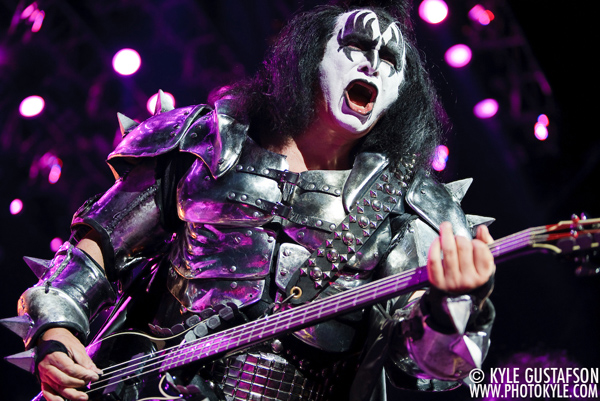 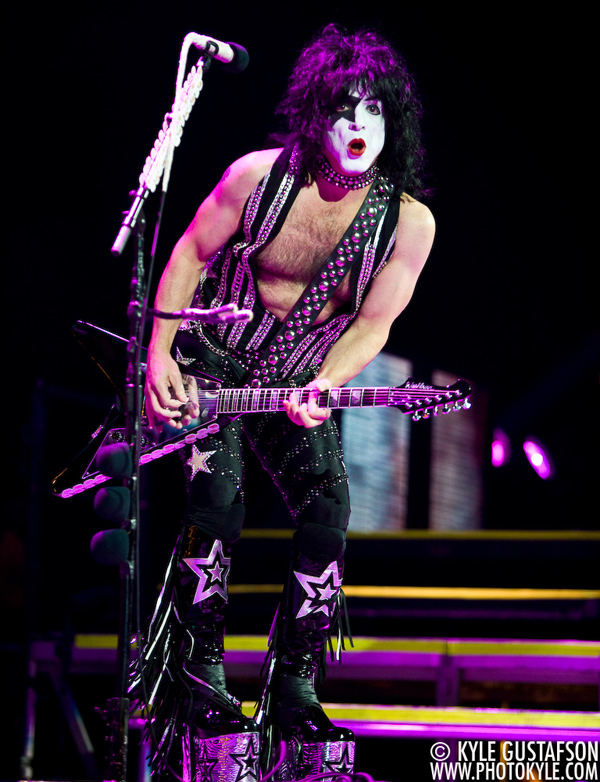 Unsurprisingly, the lights and backdrop for the show were second to none.  The stage was huge, with pyro arrays lined along the back and a huge video screen suspended behind the band. 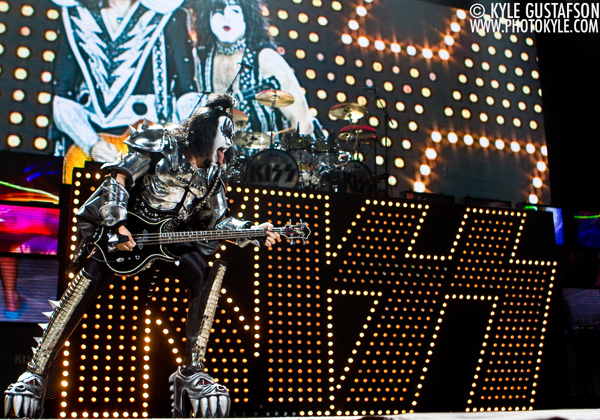 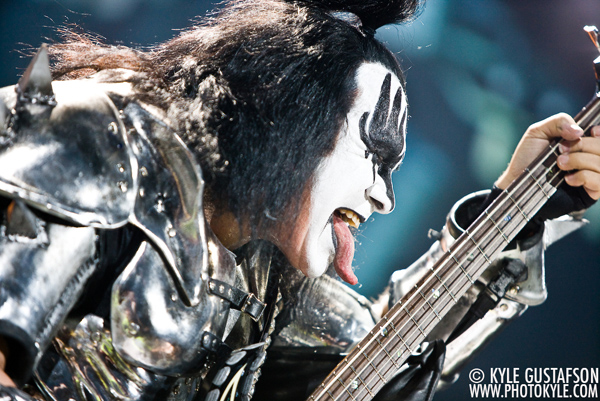 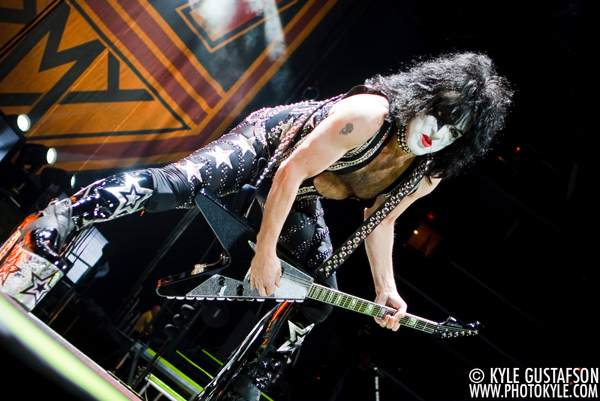 The band are consumate showmen.  We were given the first two songs and Paul and Gene spent the majority of those songs posing for us.  It was great, something I wish more bands would do. The pit was very crowded and due to the high stage (it was at least 6 feet tall) many of the photogs brought step stools to stand on.  As a result there wasn’t much movement in the pit.  I got a spot in between Paul and Gene which served me well, but the center of the stage is probably more of a prime spot.  If you get a spot off to one of the sides, don’t fret, everyone in the band moves around quite a bit so you’ll get the chance to shoot everyone. 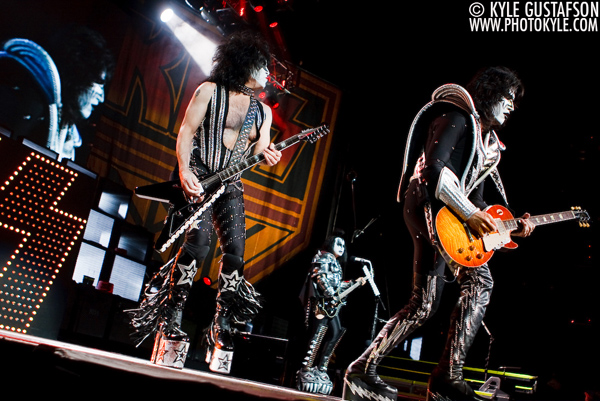 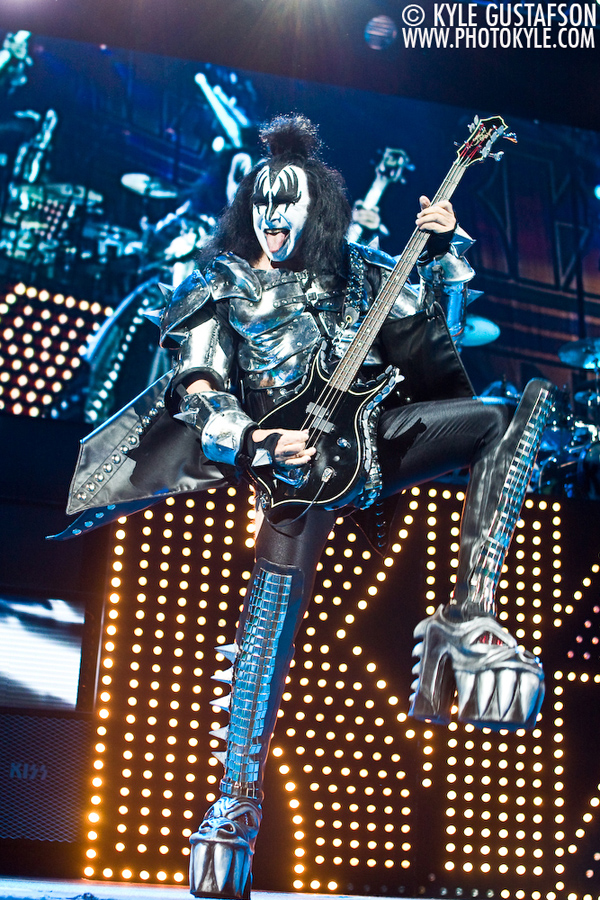 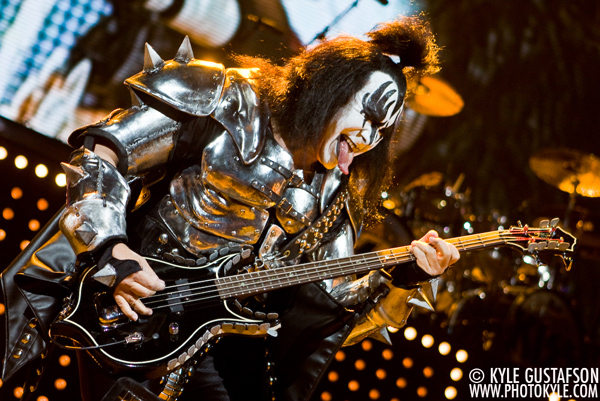 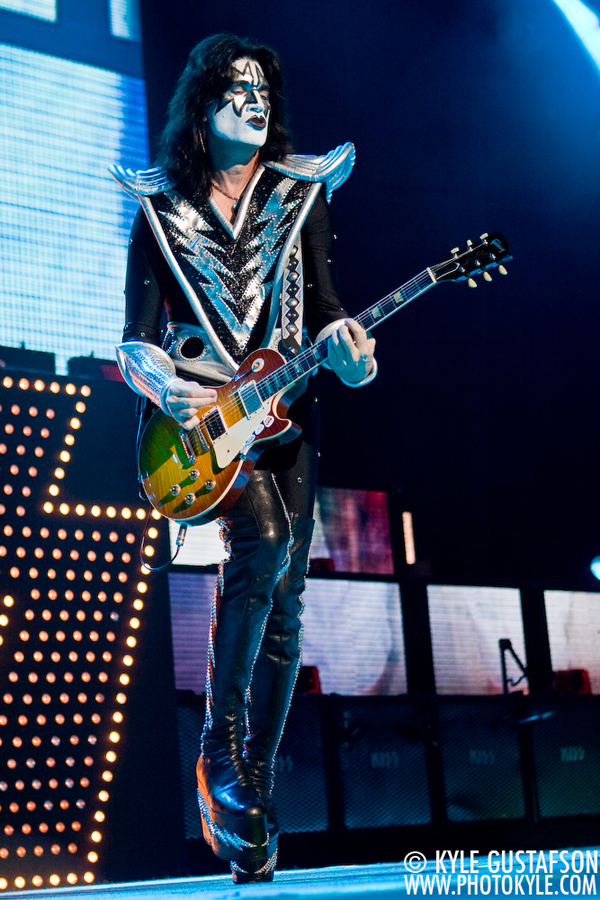