Not sure how I made it to 2016 before seeing Duran Duran, but that’s the way it worked out. That’s a shame, but this was a really great tour to see them on. Chic opened and they were freaking amazing. Then Simon Le Bon and company took the stage and gave us a hit-filled 19 song set that absolutely played. I was thrilled to hear “A View To A Kill” and a snippet of “New Moon on Monday” and we got to see Nile Rodgers play “Notorious” and “Pressure Off.” No complaints here. Shooting them was a blast, even though Simon kept putting his hand in his pocket for some reason. Also, my Nikon D3s died while I was shooting Chic, so I had to shoot this set with just one camera. I went wide for the first two songs and then tried to get a few close-ups during the third song. 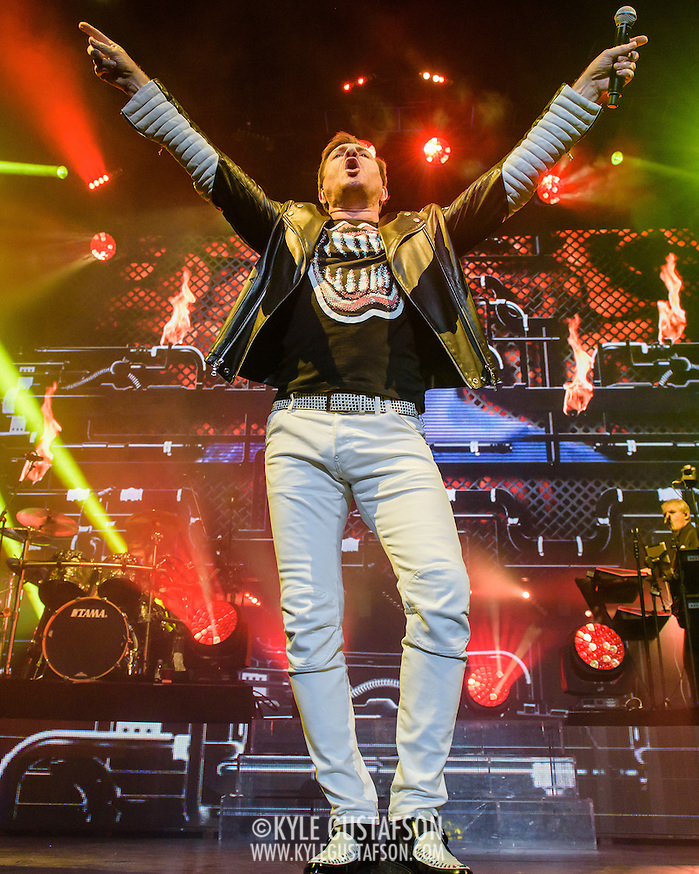 SEE ALL THE PHOTOS: View them all in the in the photo gallery.
BUY PRINTS: Click on any image in the photo gallery to purchase prints. Check my photo archive for more shows to choose from.
FOLLOW ME: Don’t forget to follow me on Twitter or Instagram if you want to stay current with what I am shooting.
Please don’t reuse these photos without my permission.