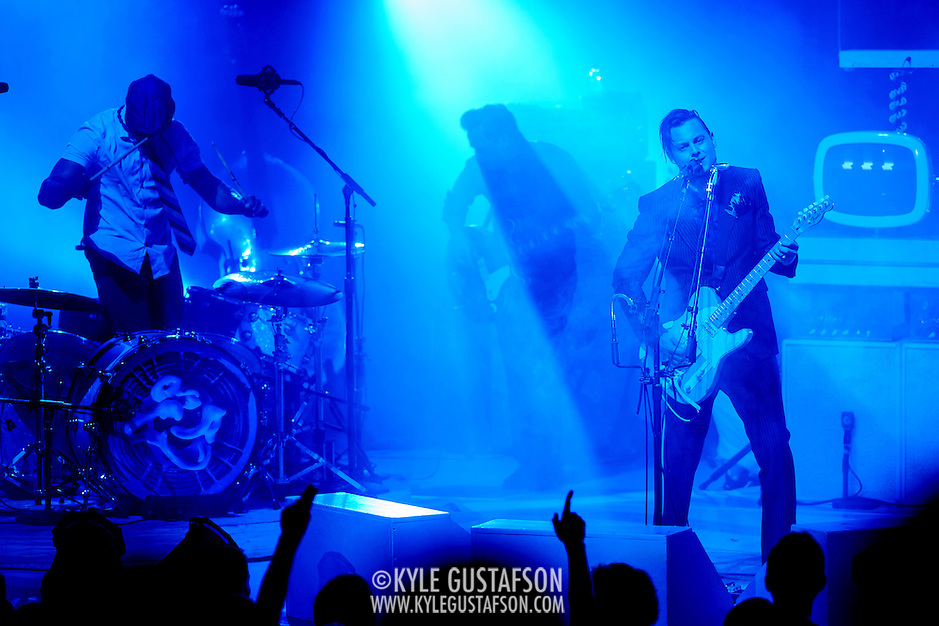 I never had the chance to shoot The White Stripes (I was supposed to shoot them on what turned out to be their final tour but there was an issue with the guest list and I never made it in the venue) but I have had the pleasure of shooting Jack White a few times with The Raconteurs and once in a parking lot during SXSW (my photo from that 2 song set made the pages of Rolling Stone). I also shot hims few years ago at Virgin Fest so I had some idea as to what to expect for this show. What I didn’t expect was being relegated to shooting from the soundboard on this tour. Boo! Obviously I wasn’t happy about that but it is what it is. I actually stayed for most of this show and was really blown away. It was the first time I had seen Jack play more than three songs. It was worth the four hours of sleep I got that night. 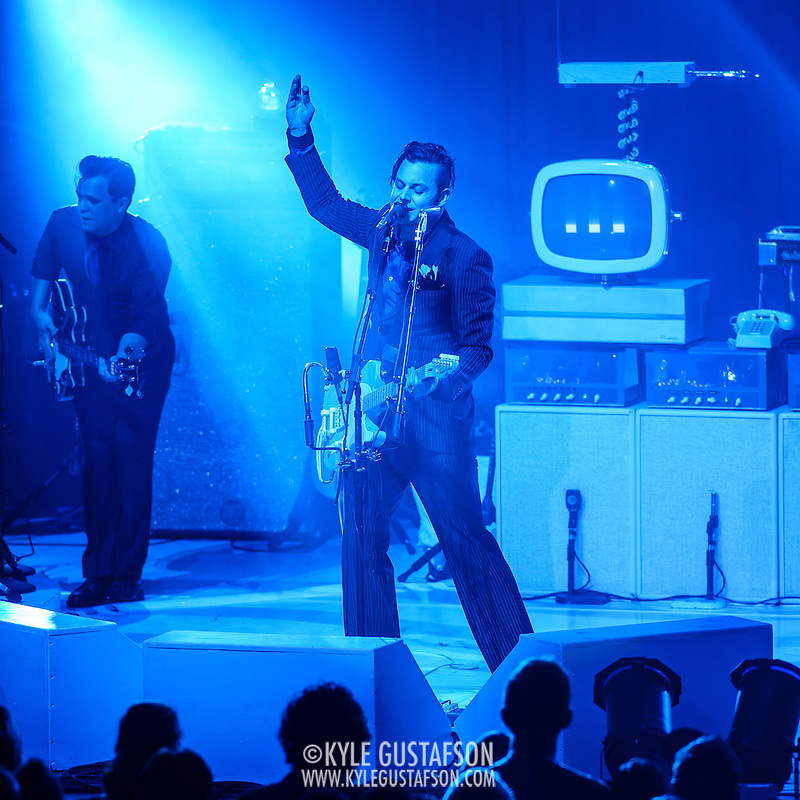 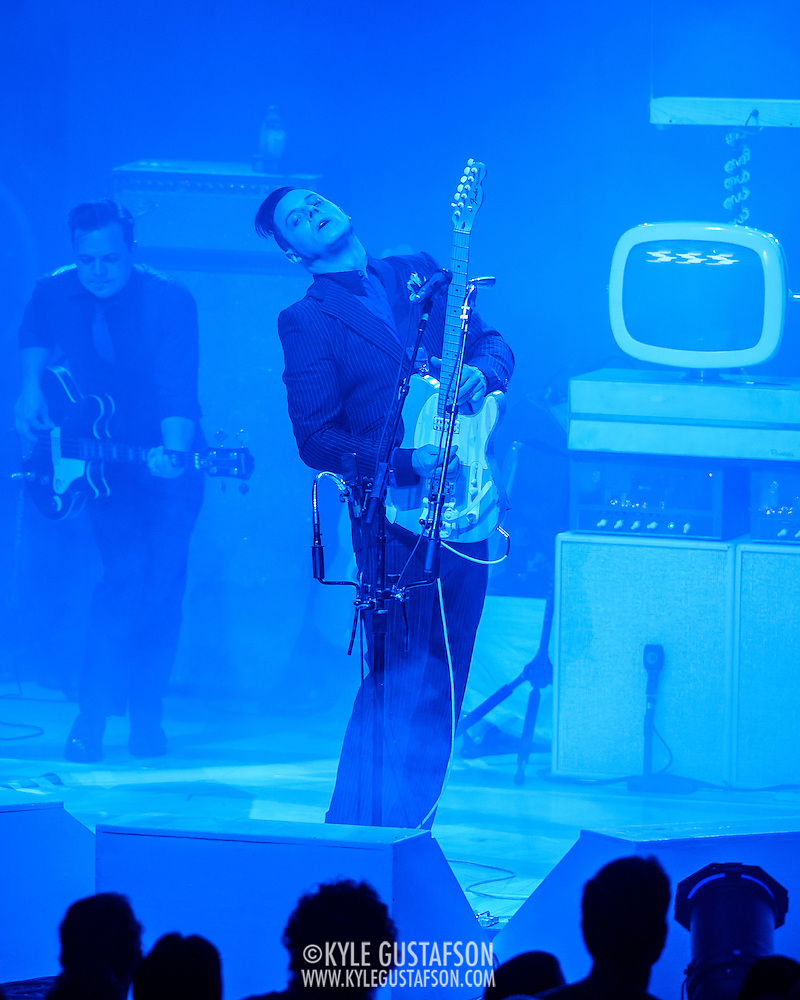 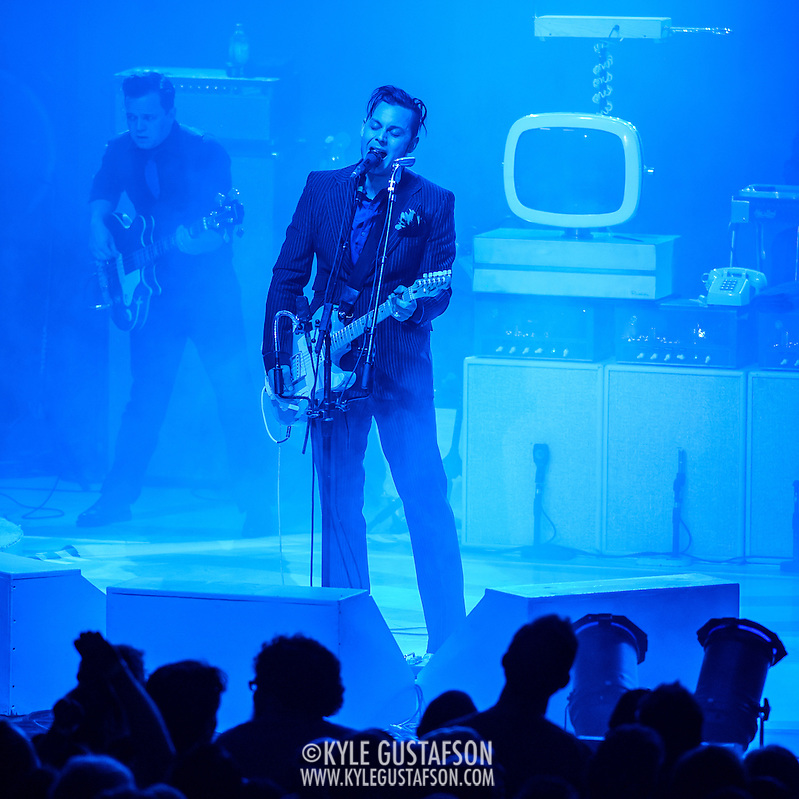 SHOOTING NOTES: The lights. Oh man, the lights. I was not exactly happy about the blue lights while I was shooting. They changed a bit from intense blue to light blue, but that was the range. That said, I was quite happy with the results after I got home and edited everything. One thing I’ll note if you are shooting a future date is that Jack tends to congregate on the stage right portion of the stage, near his drummer. This was a problem for us at Merriweather because we were on the stage left side of the soundboard, so there was a lot of mic stand in my shots. If you have a choice, go stage right. Also, make sure you pay attention to the setlist. He played “Lazaretto” for the third song at Merriweather and it had a portion where it seemed the song was over and the other two photos packed up and left. I took longer to put my gear away and they started the song back up again, so I started shooting again and got the top image in this post. Shoot until the very end! 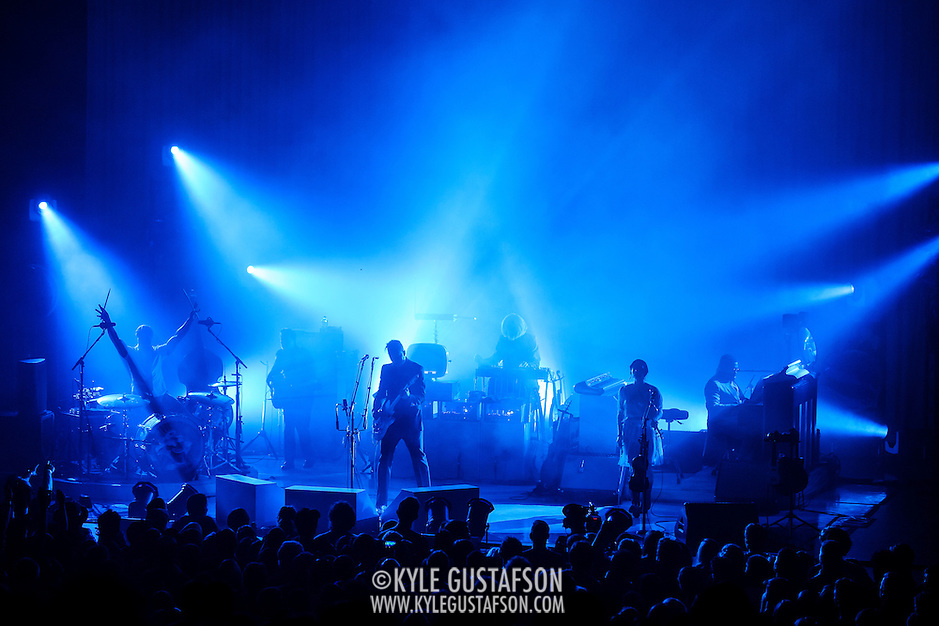 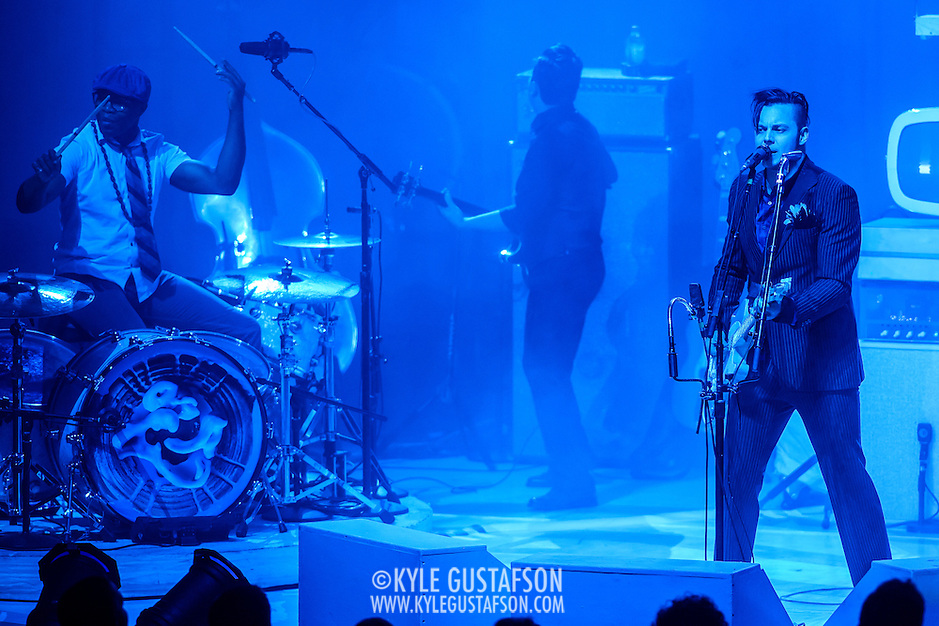 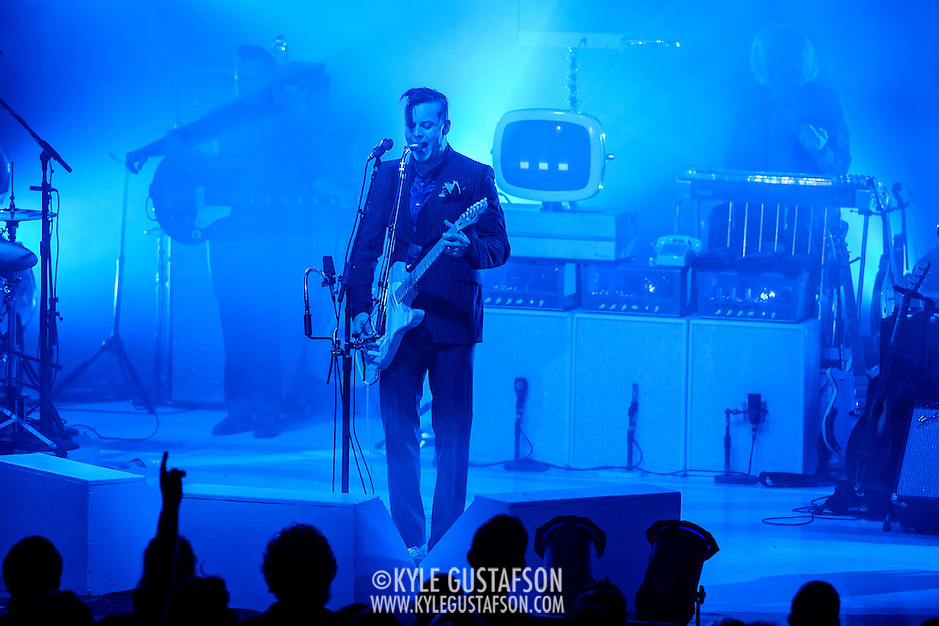 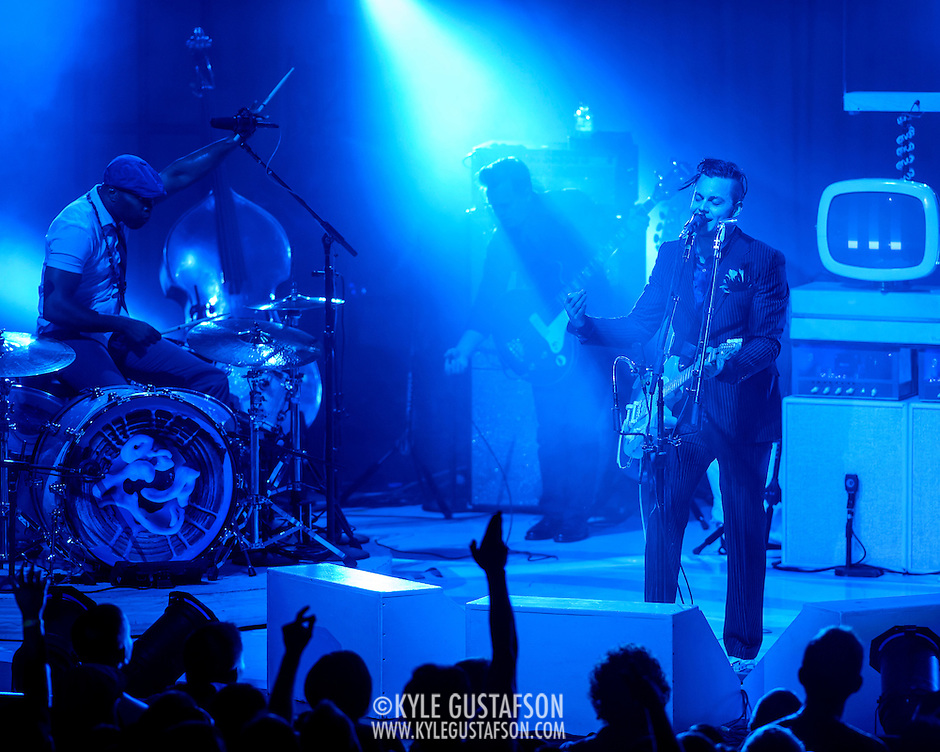