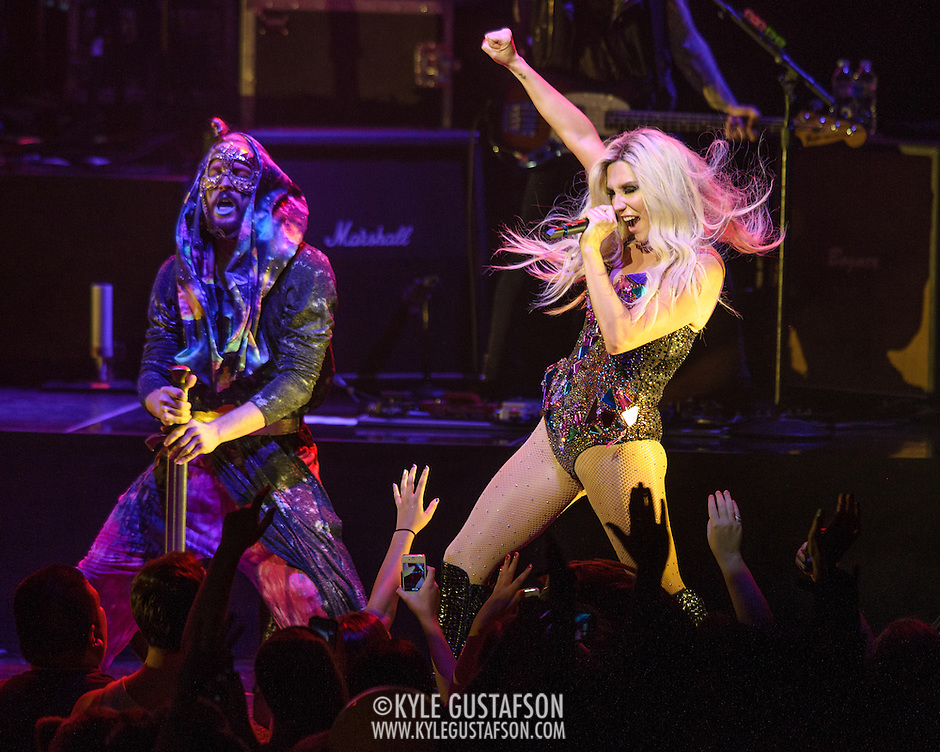 I’m not going to lie and say I like Ke$ha’s music. I don’t. Her lyrics are the language of teens and tweens and I don’t understand it. Not exactly my demographic. But I can whole-heartedly recommend her live show. I was really impressed with her performance and walked away with a newfound respect for Ke$ha. Onstage, she’s magnetic. It’s very hard to take you eyes off of her. This was actually the first time I’ve ever shot her. She has a very restrictive photo policy and it took a lot of wrangling between the Post, the venue and Ke$ha’s management to get everything worked out. 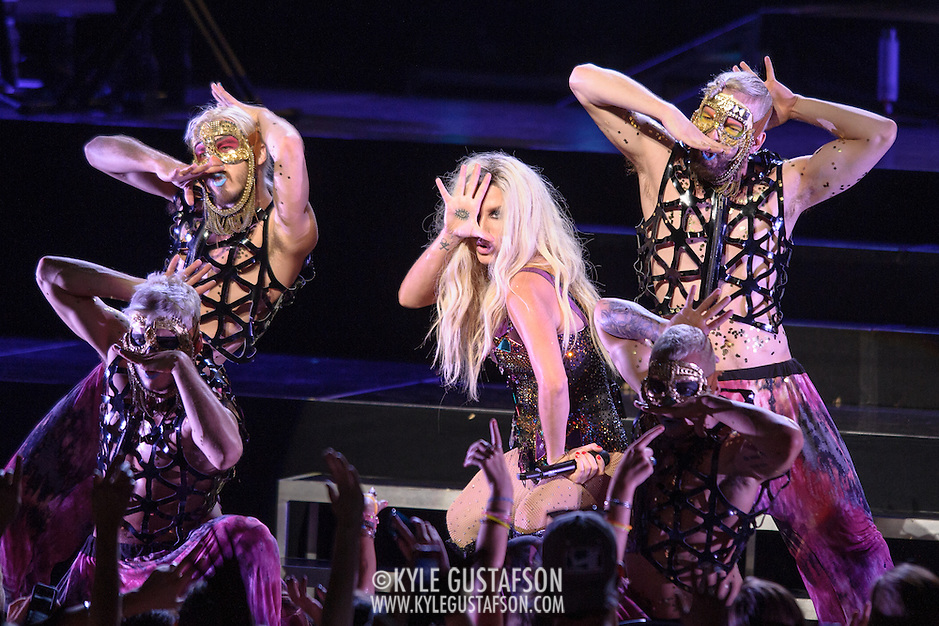 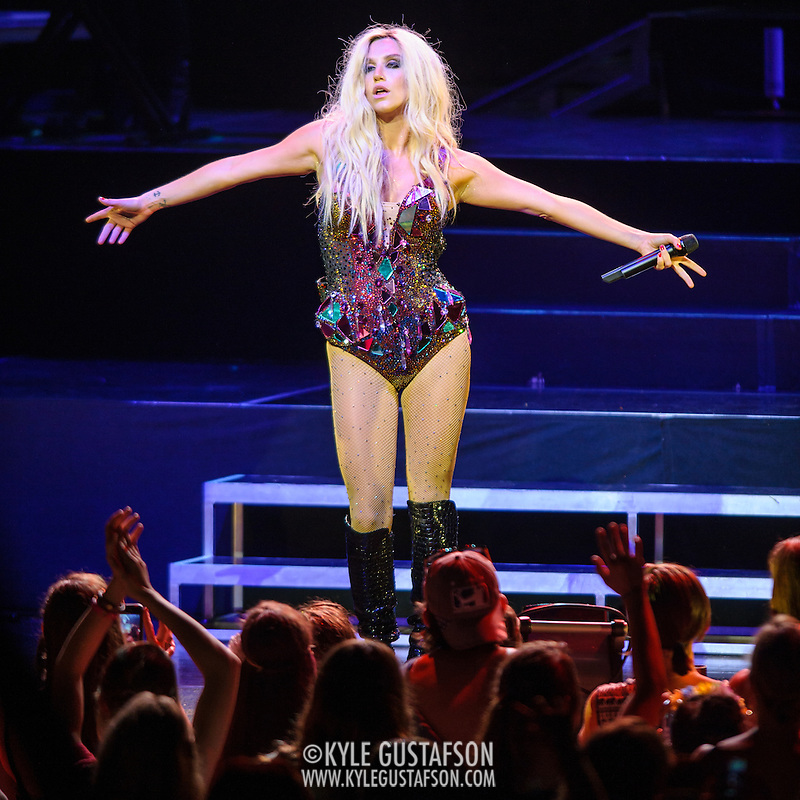 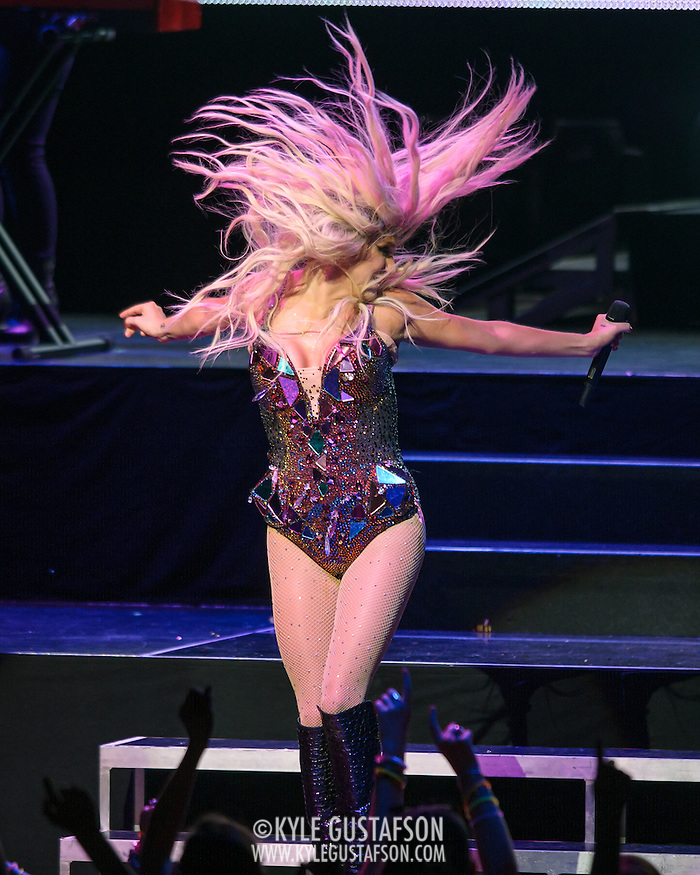 SHOOTING NOTES: This was a soundboard shoot and I rented a 400/2.8 because the soundboard at Wolf Trap is pretty far back from the stage. Ke$ha moves around quite a bit but mostly stayed towards the front of the stage with her dancers. Lights ranged from nice, bright white light to lots of pink washes that made color-balancing a nightmare. There were copious opportunities for hair shots, but the downside of that was Ke$ha’s hair was mostly in her face as she performed. Getting clear shots of her eyes was tough. Also, be aware there’s a pretty restrictive release that you’ll have to sign to get a photo pass. 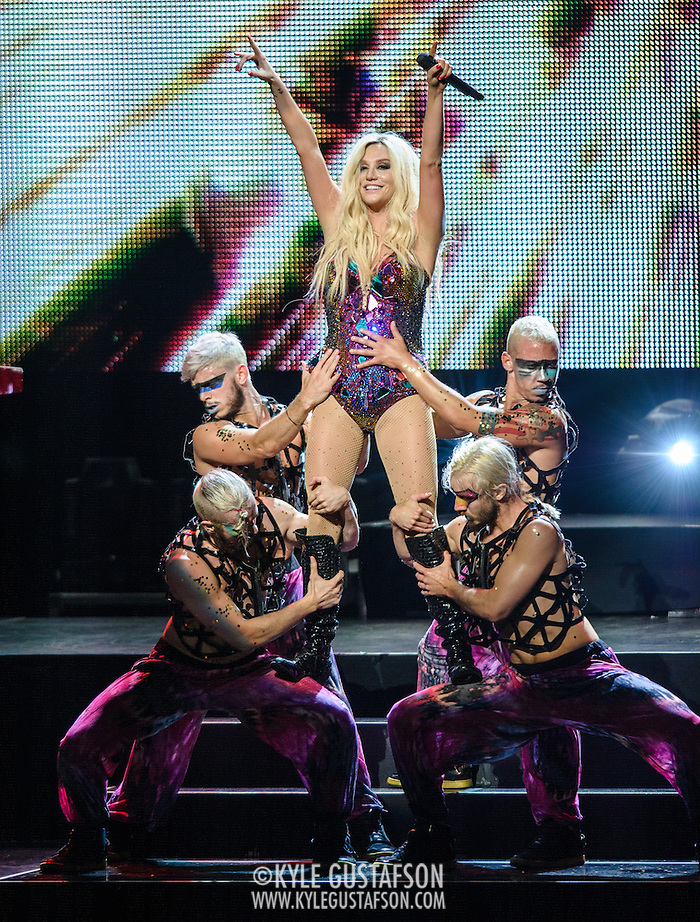 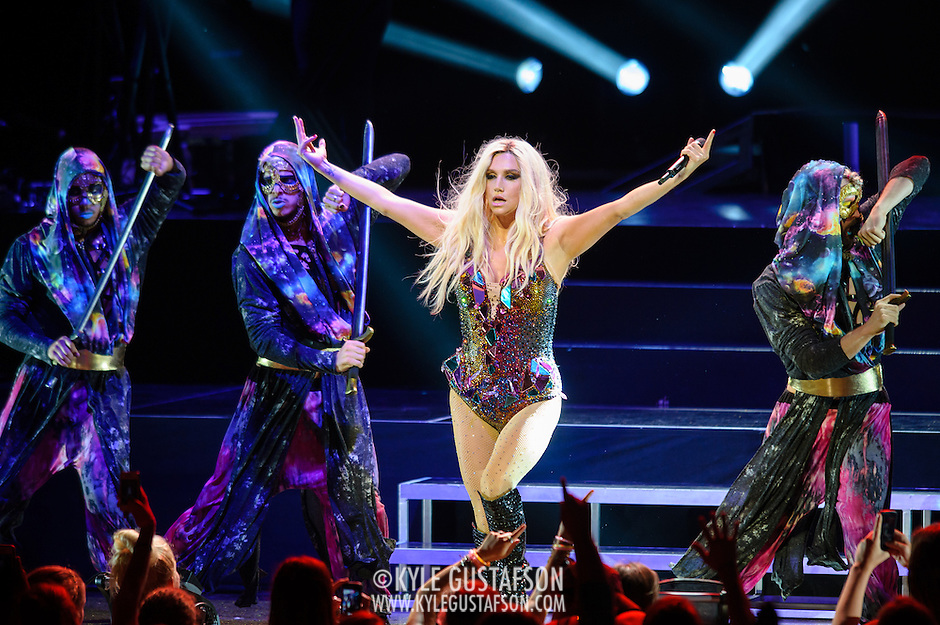