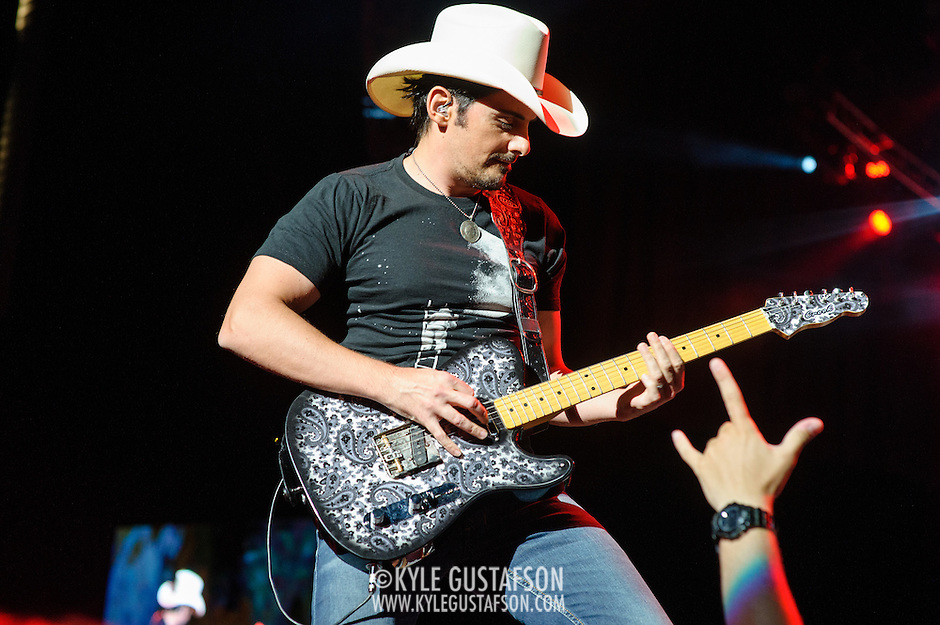 When People ask me what my favorite type of show to shoot is, my answer generally surprises them. because I tell them big country shows are by far the best shows to shoot. The production is always top notch and above all, the performers always perform. Country artists see it as their obligation to give their fans a show, which generally results in great photos. Unfortunately, this year I’m seeing more and more restrictions on country shows which is leading to more boring shots. This Brad Paisley show at Jiffy Lube Live was the perfect example. We were only given two songs to shoot – songs 2 and 3 – even though songs 1 and 4 had the best set up and best lights. Due to the catwalk leading out from the stage, there was no pit so we had to shoot from the crowd. 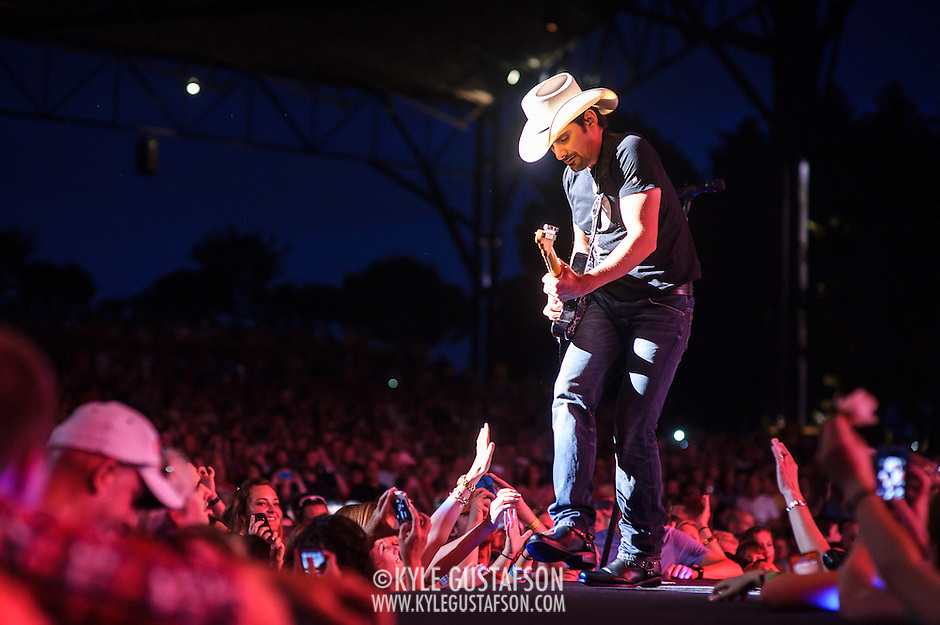 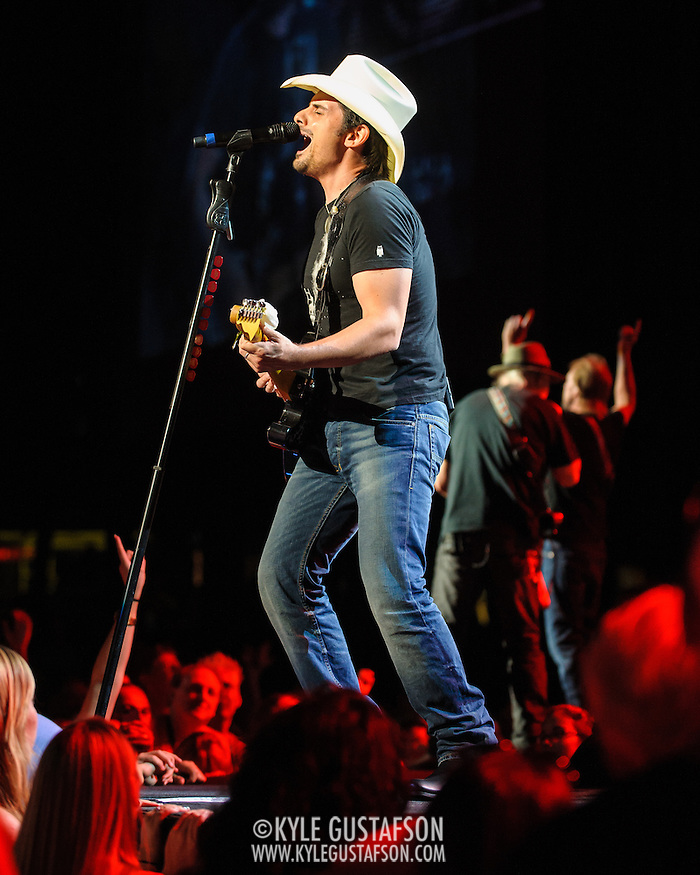 SHOOTING NOTES: Like I said, there was no pit so were were stationed at one side of the t-shaped crosswalk that extended from the stage. Paisley went out there quite a bit but unless he walked over to us, we were stuck shooting profiles of him. He spent most of the 2nd song trading high fives with the first row of fans, so he had his head down almost the entire time. Also, there was a very intense spotlight on his cowboay hat at all times so depending on the lights on the rest of the stage, his hat would be as much as 3 stops brighter than the rest of his body. 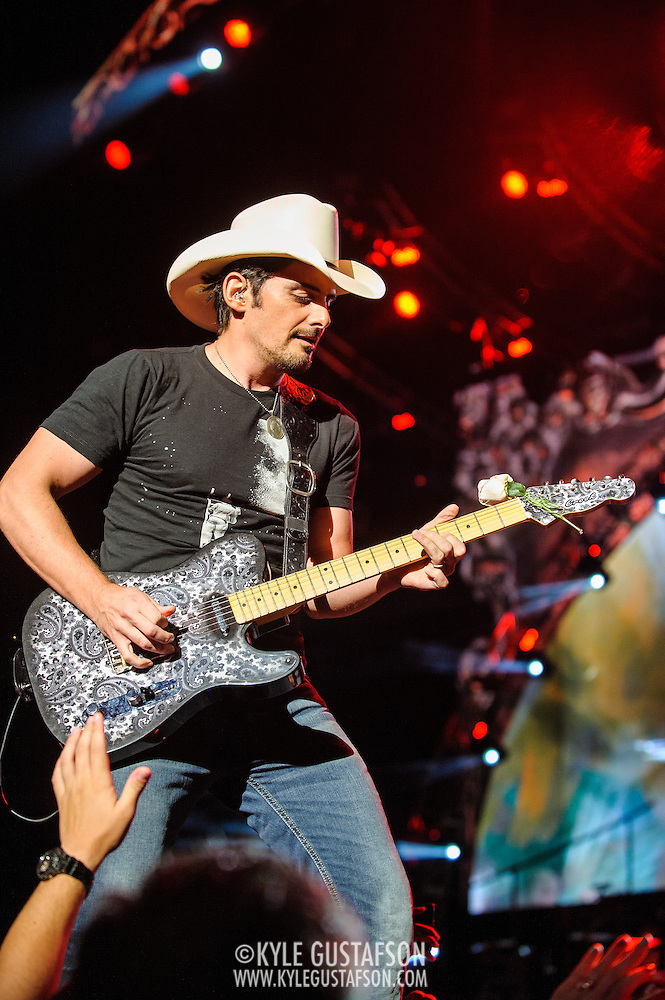 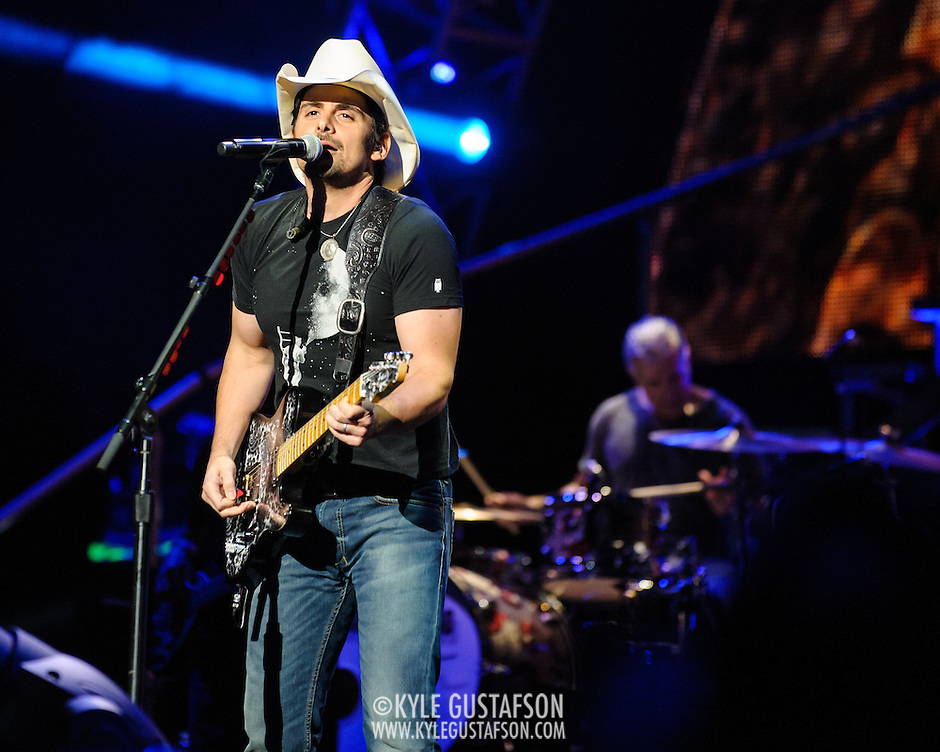 SEE THE FULL PHOTOSET: Head over to my archives to see the full photo set from this show.
FOLLOW ME: Don’t forget to follow me on Twitter or like me on Facebook if you want to stay current with what I am shooting.
Please don’t reuse these photos without my permission.