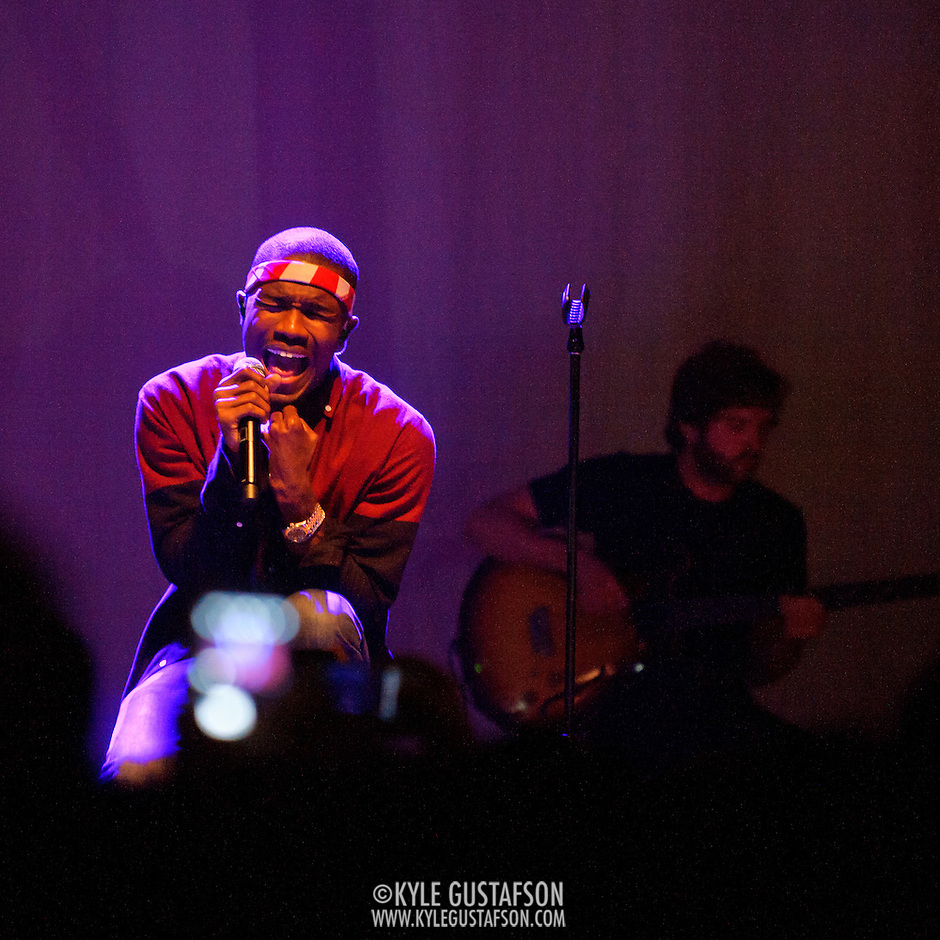 This was one of the hardest, if not THE hardest shoot I’ve ever done at the 9:30 Club. Everything about this show was last minute. At first Frank Ocean wasn’t going to allow any photogs, then we got word around lunchtime on the day of the show that they would allow myself and a house photog in. Then the shooting location had to be worked out. Soundboard, of course. We didn’t actually get our photo passes until about 10 mminutes before he went on, so grabbing a decent spot upstairs was out of the question. We were stuck on the floor in the back. Then the actual gig started and it went downhill from there. 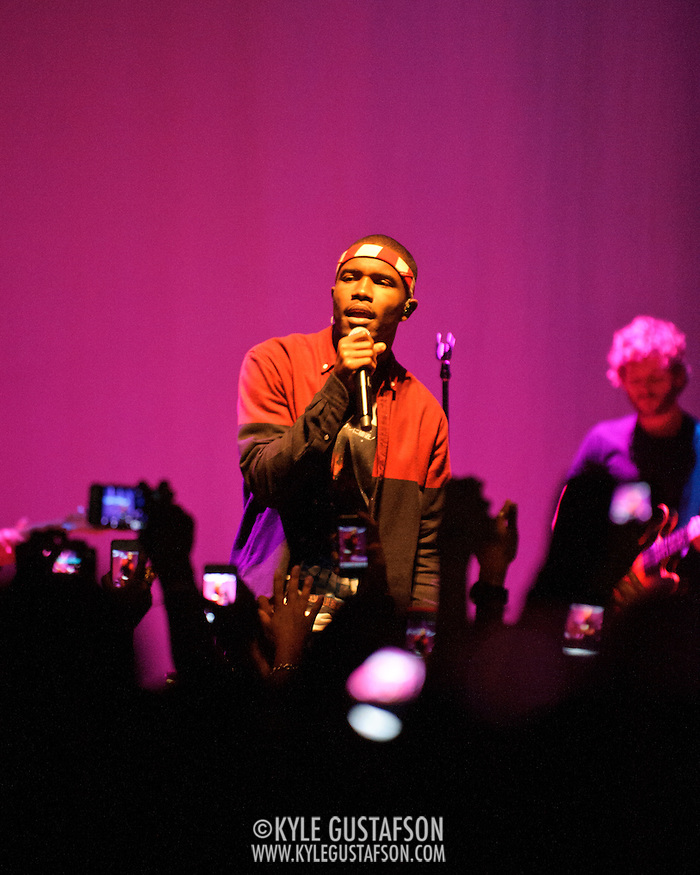 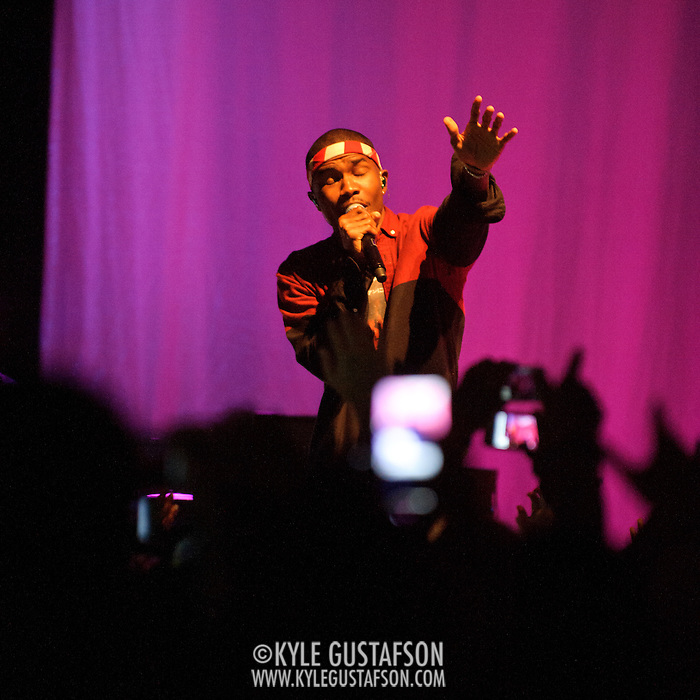 We were allowed to shoot the first three songs but Ocean sat on a stool in the dark for the first two and a half songs. He finally got up and moved around a bit and the lights came up during the last half of the third song, but that left maybe 2 minutes to grab any decent frames I could. 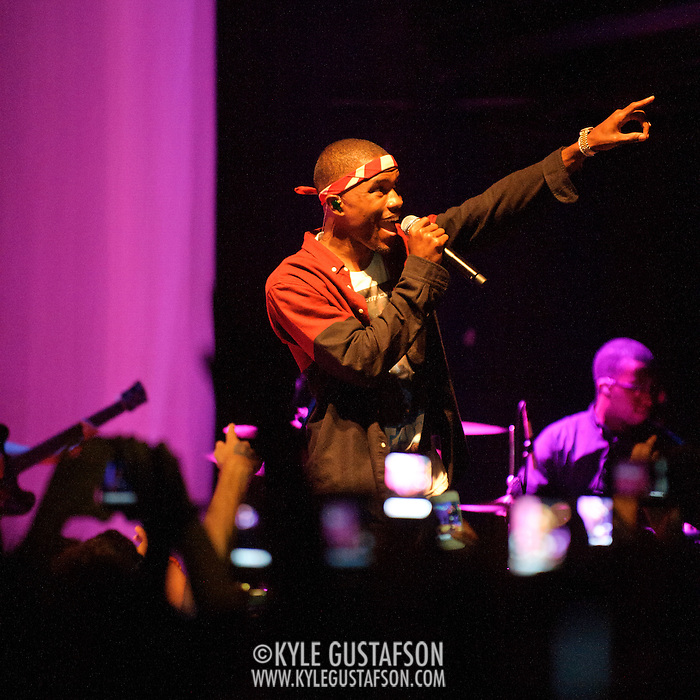 Honestly, in conditions like those, I wonder why the artist even agrees to let photogs in, but that’s the hand we were dealt and I did the best I could with the circumstances. I left very frustrated but somewhat content in the knowledge that my time photo editing once I got home would be very, very short. 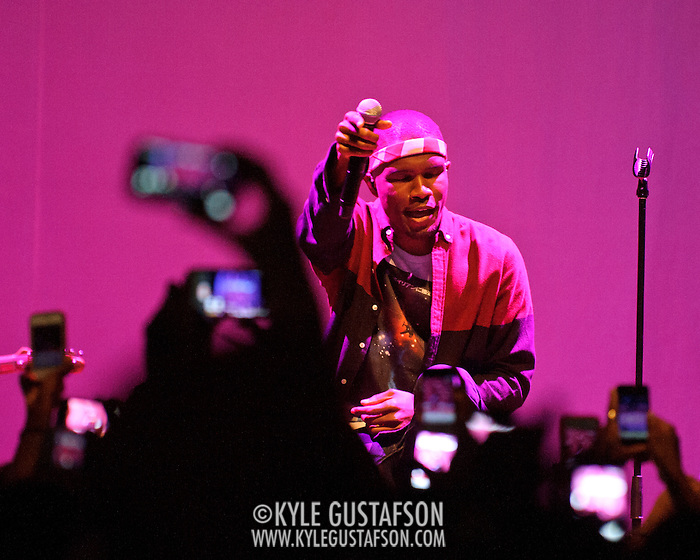