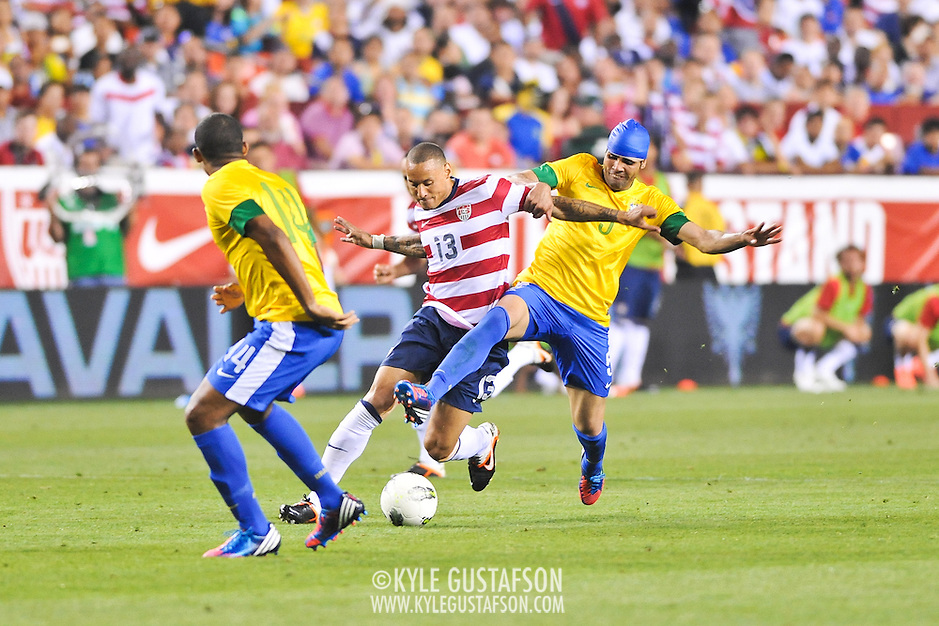 One of the things I am most proud of during my tenure at DCist is establishing a working relationship with US Soccer. The first few times I attempted to get credentials they told me they didn’t credential online only outlets but around 2009 they changed their policy and ever reached out to me to get me to come cover a game at RFK.  Unfortunately I was getting married that night so I had to turn it down.

But since then I’ve had the pleasure of shooting three or four of their matches and it’s always a great thrill. 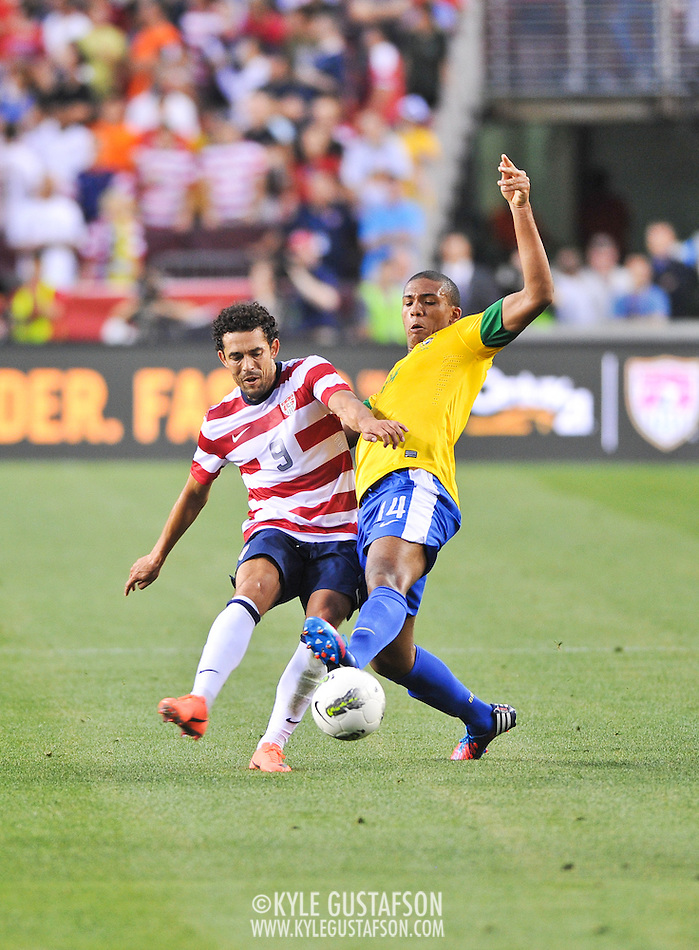 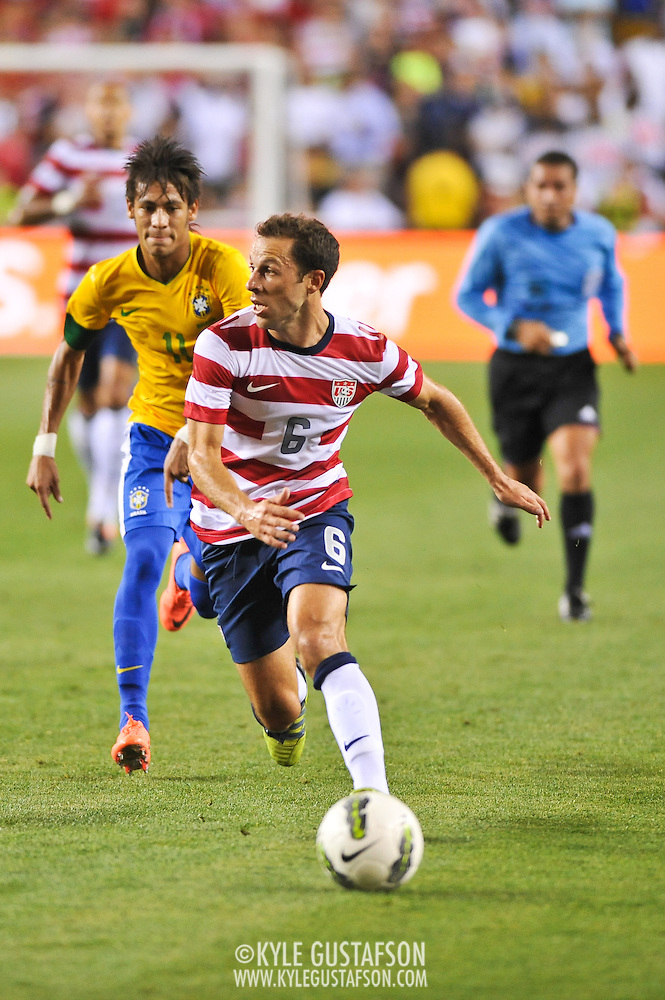 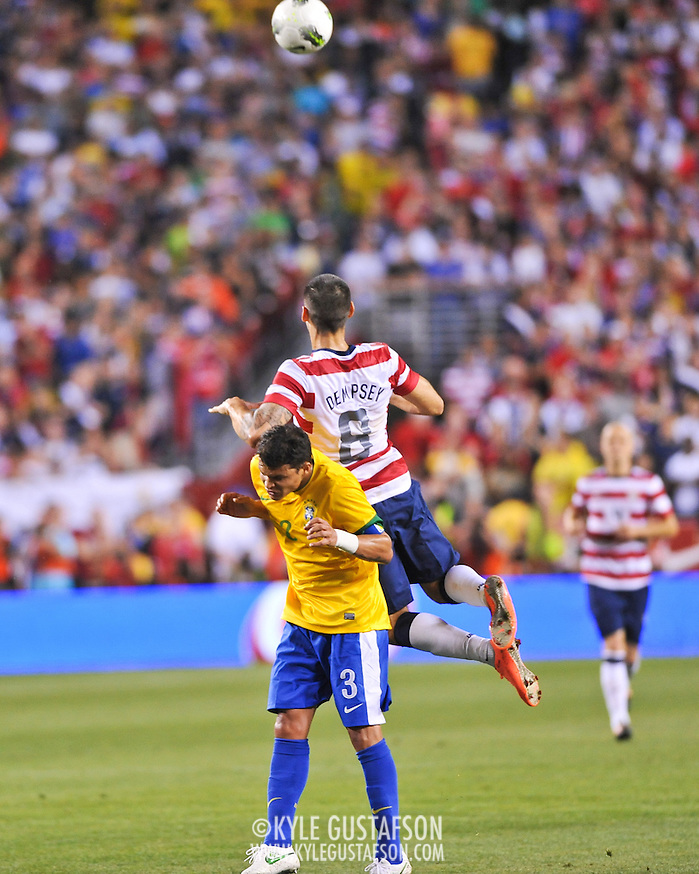 This match against Brazil was a friendly ahead of a round of World Cup qualifying. I had trekked up to the University of Maryland the day before to watch the team practice and came away very impressed with Hercules Gomez, one of the team’s forwards. He didn’t let me down during the match, causing all sorts of problems for the Brazilian backline and scoring just before halftime. Unfirtunately the team as a whole didn’t play very well and Brazil won 4-1. The Americans had a few chances but had problems putting the ball in the net. 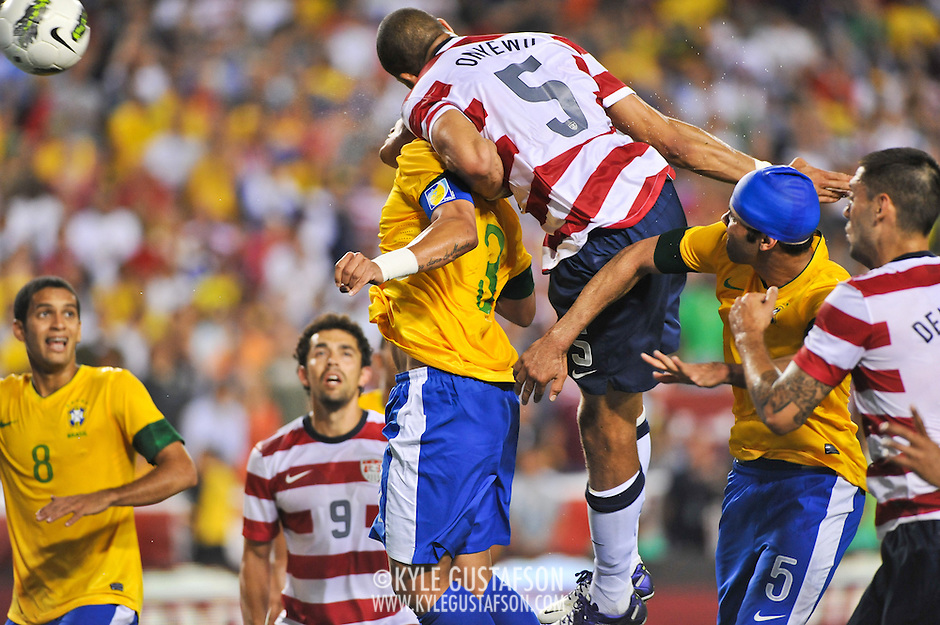 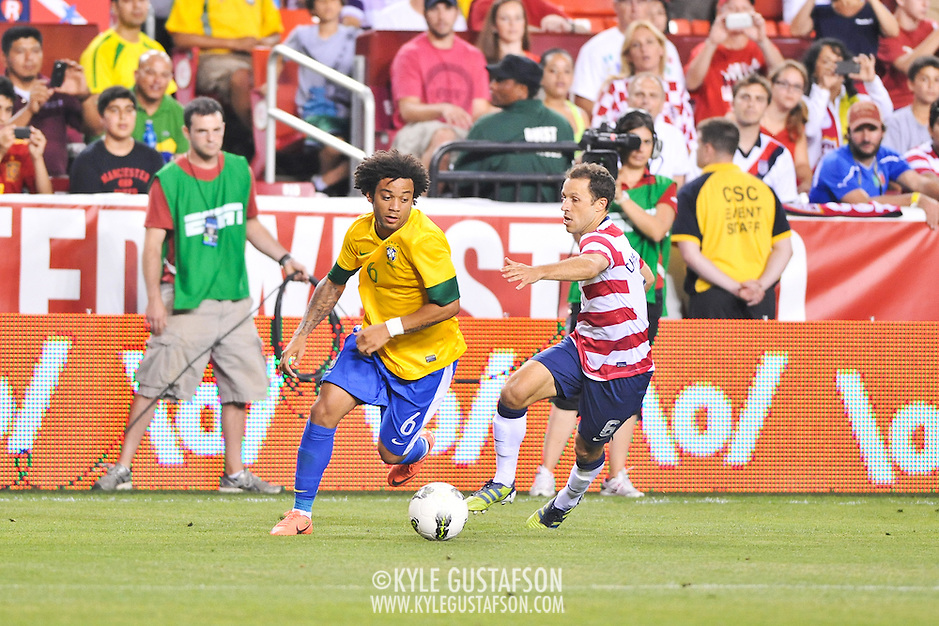 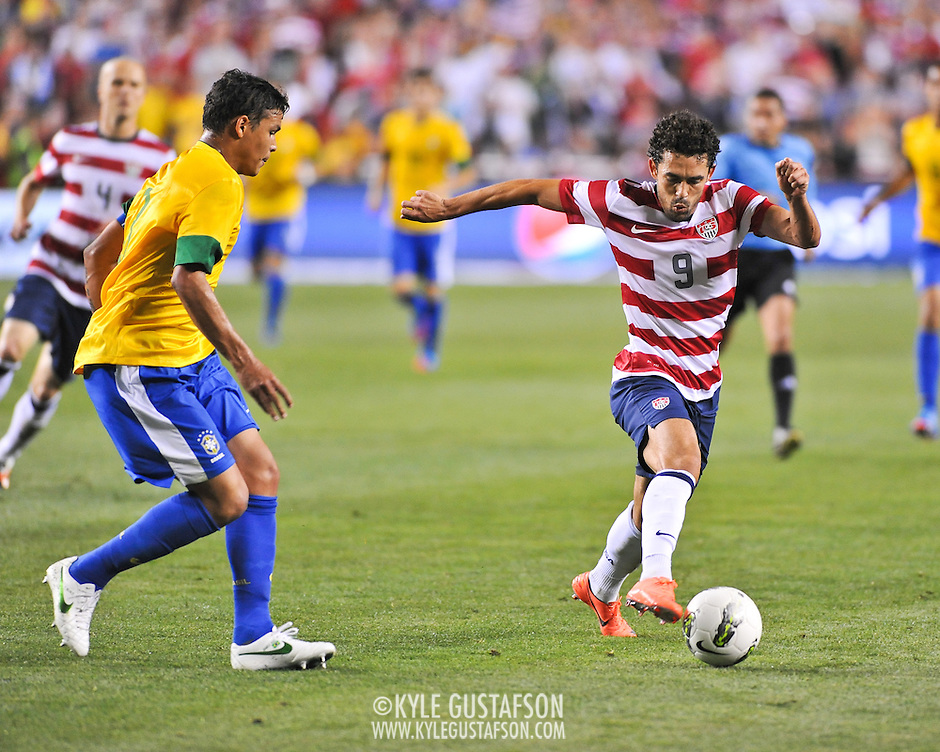 The one Brazilian player that really stood out for me was Marcelo Viera, their left back (#6 in the photo below). He was incredible with the ball, so fast and so powerful. He doesn’t get as much pub as the team’s bigger names but he’s just as talented as anyone on that roster. I’d watch him play anytime. 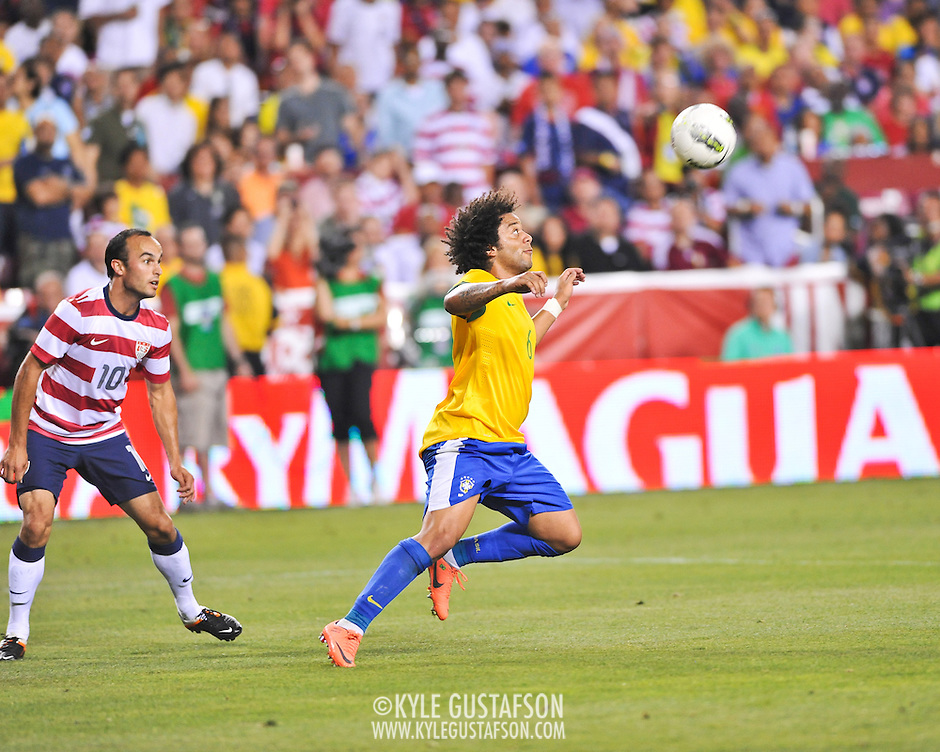 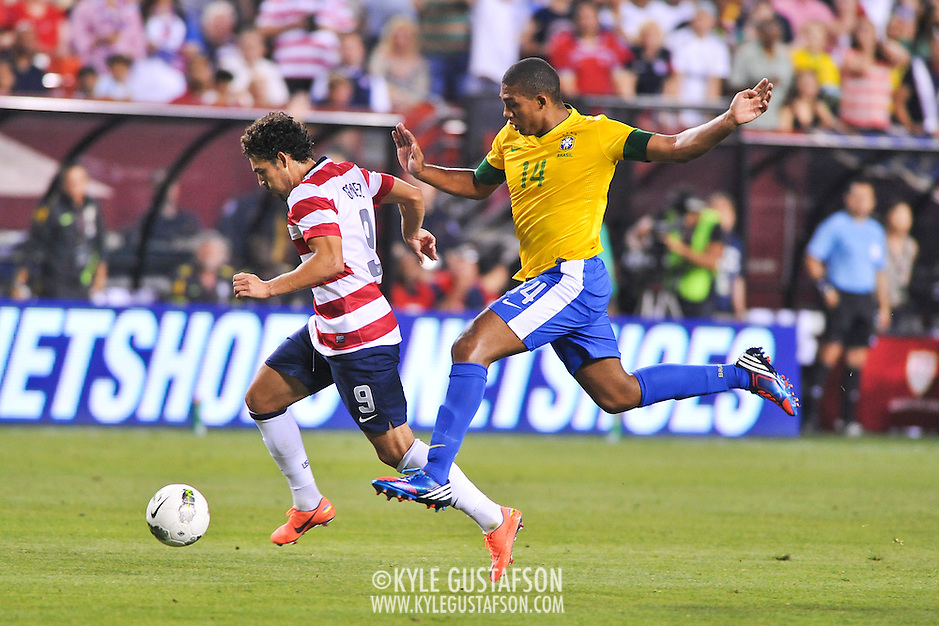 I rented a 300/2.8 to shoot this match and could have even gone with a 400, but I decided to save a bit of money on the rental fee and go a bit shorter. My D3 is still in the shop (did I ever tell that story?) so I used my D700, which isn’t a prototypical sports camera but did well enough all things considered. 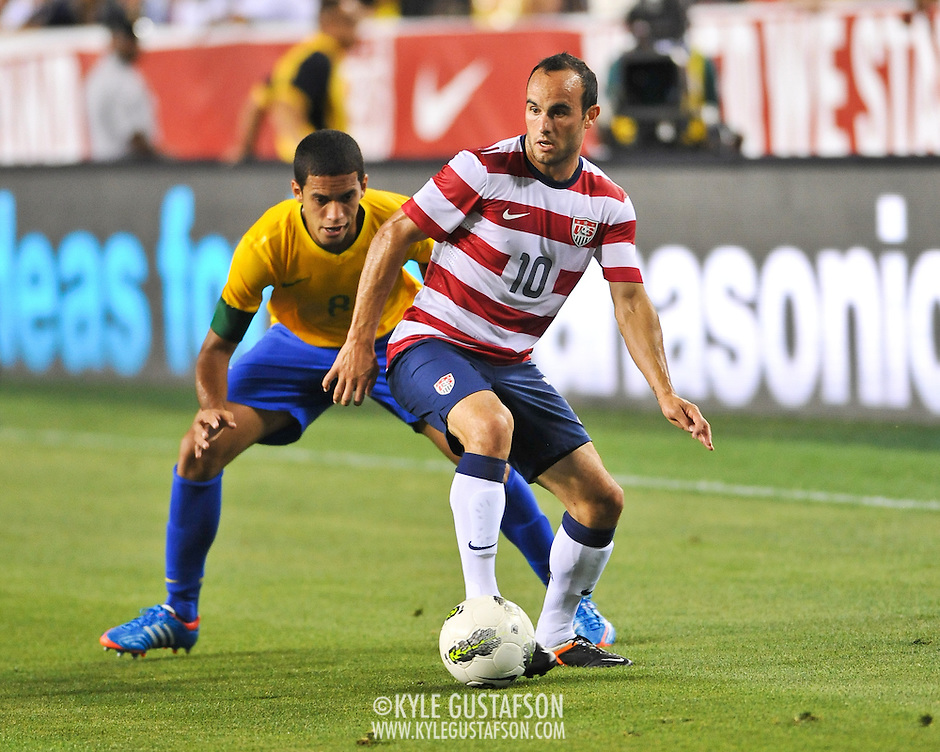 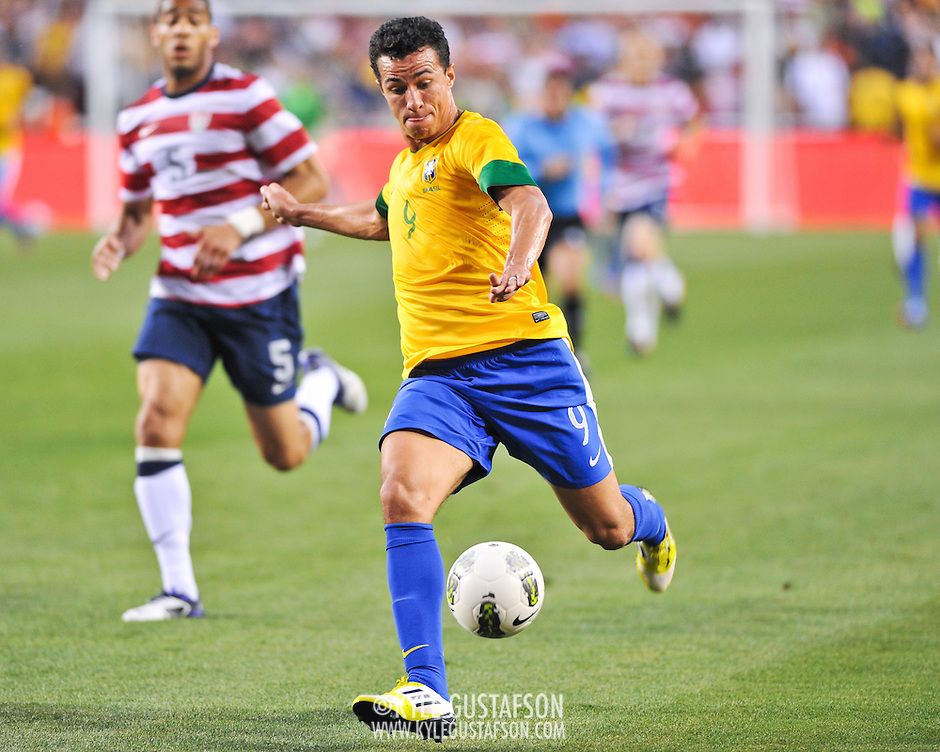