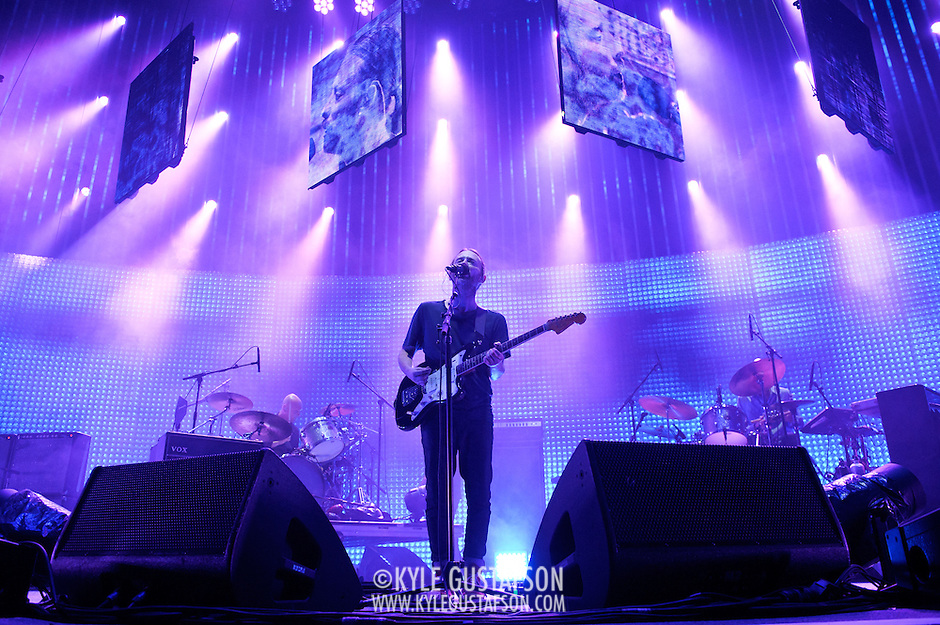 I was pretty excited about this on a few levels. First of all, it’s Radiohead! Secondly, my first ever gig for the Post was shooting Radiohead at Nissan Pavilion in 2008, so covering this gig had a bit of a full circle feel to it. Back then I wasn’t 100% happy with my photos (I was SO NERVOUS at that gig!), and this time I was determined to be prepared. I studied setlists and video from previous gigs and I was totally ready for them to play “Bloom,” “15 Step” and “Bodysnatchers” and game planned exactly what I was going to shoot during those three songs. So of course, they changed the setlist. 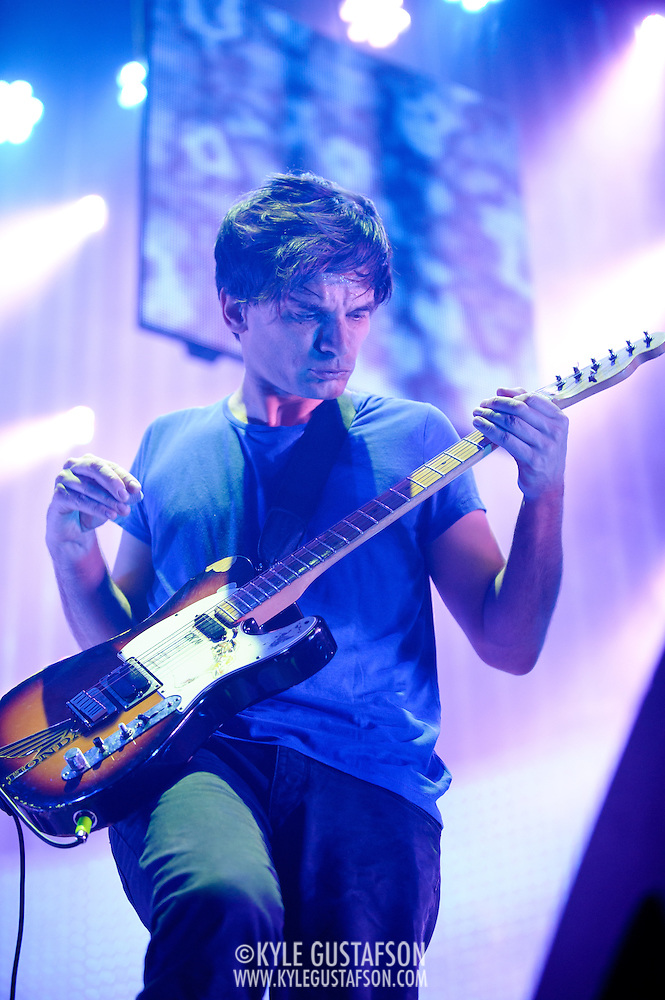 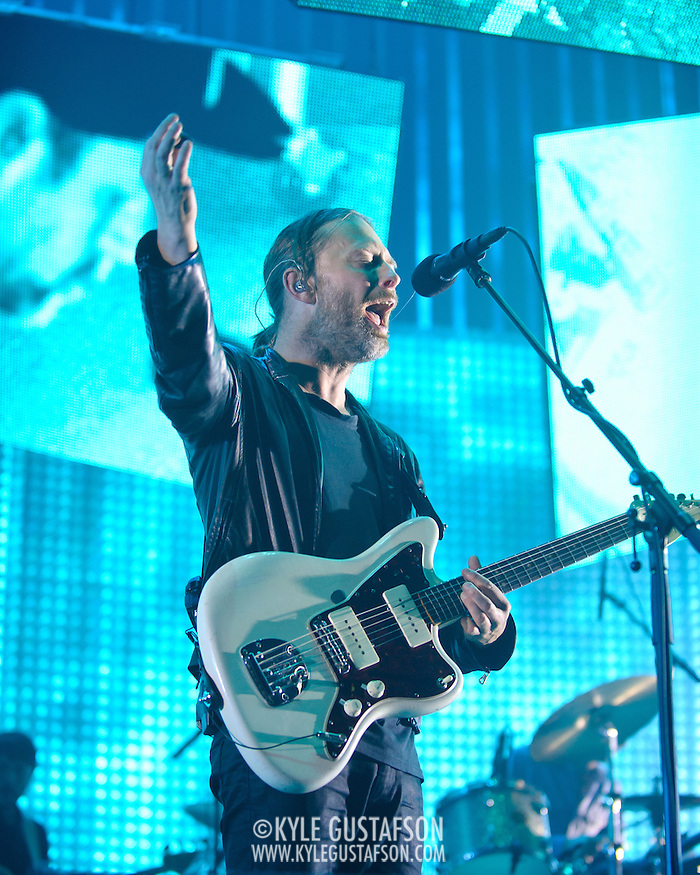 Our first three were Bloom,” “Airbag” and “Kid A.” This really screwed me up because I had planned on shooting Thom with his guitar during the third song and instead, he stood behind a keyboard. In 2008 at Nissan, I felt like I spent too much time shooting Thom and not the other members of the band (I didn’t get any good shots of Ed!) and I didn’t want to repeat that. So I planned on shooting Thom a bit during the first song and focusing on everyone else during the first two. But as soon as Thom switched guitars after the first song (he dances around with just a mic during “15 Step”), I knew my whole plan was out the window. Oh well. 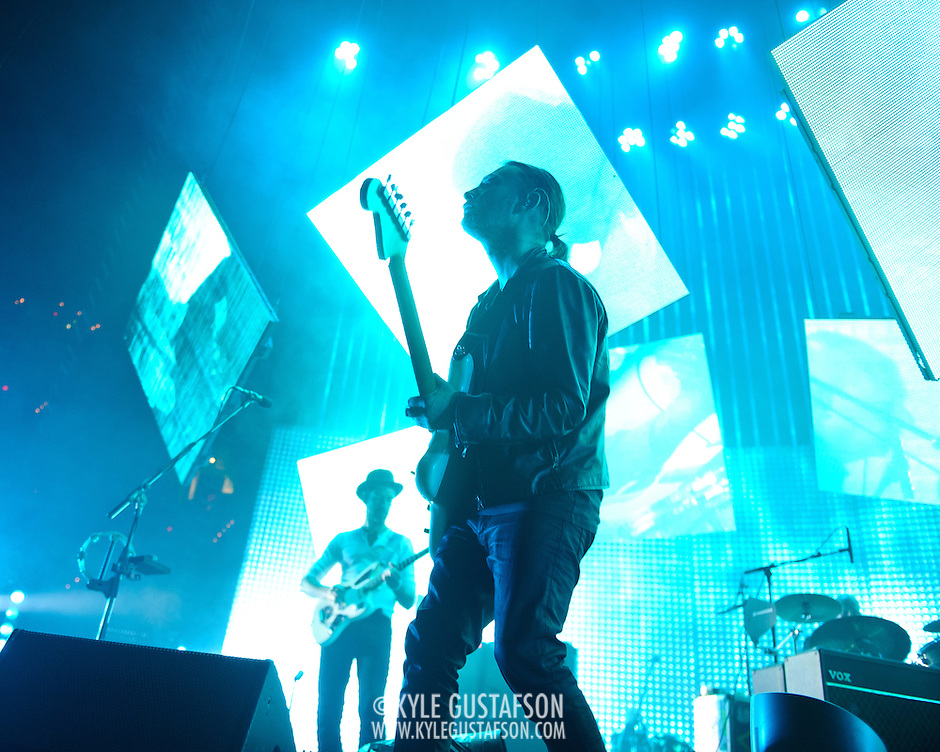 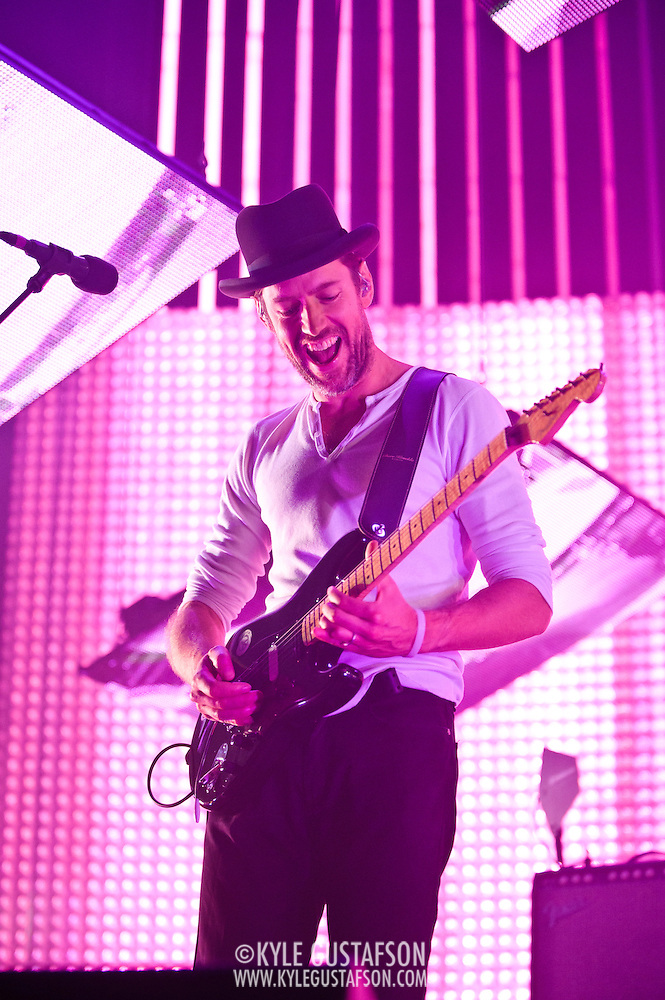 Jonny Greenwood, easily the most photogenic of all the members of Radiohead, further mucked up my game plan by doing a bunch of really cool posing during “Airbag,” so I ended up spending most of that song shooting him. He was messing with his effect pedals and really going for it during the guitar solo at the end of the song, so I just stuck with him. At that point I was just taking what that gave me and making mental notes to try and get something of Ed as soon as I could. There was a big block of speakers in the photo pit, which made the journey from Jonny’s side of the stage to Ed’s rather time consuming. Most of the photogs were shooting Thom so navigating around them in the skinny part of the pit was arduous. 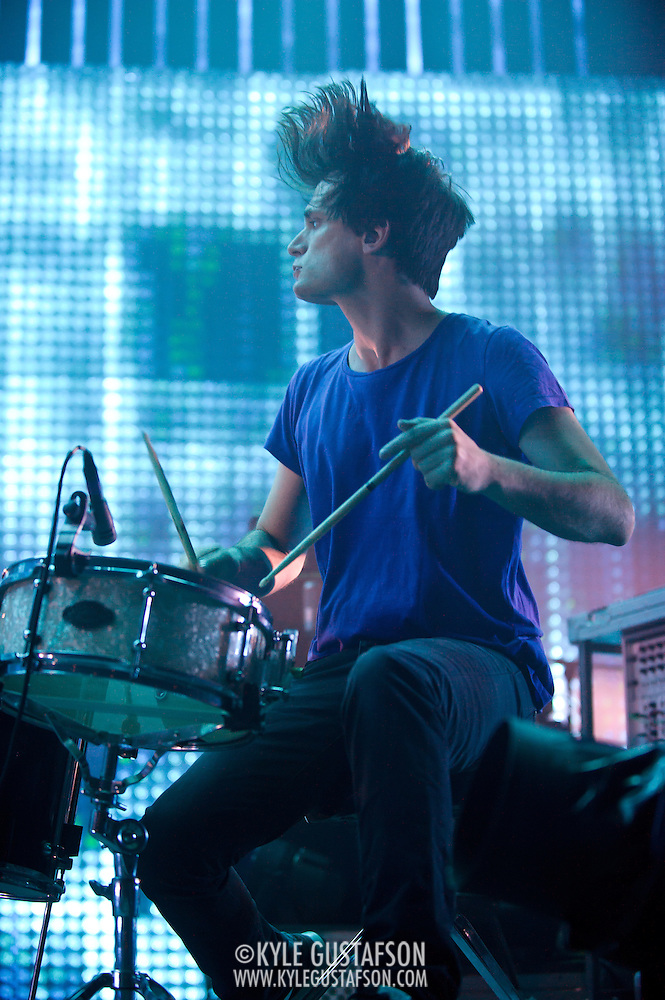 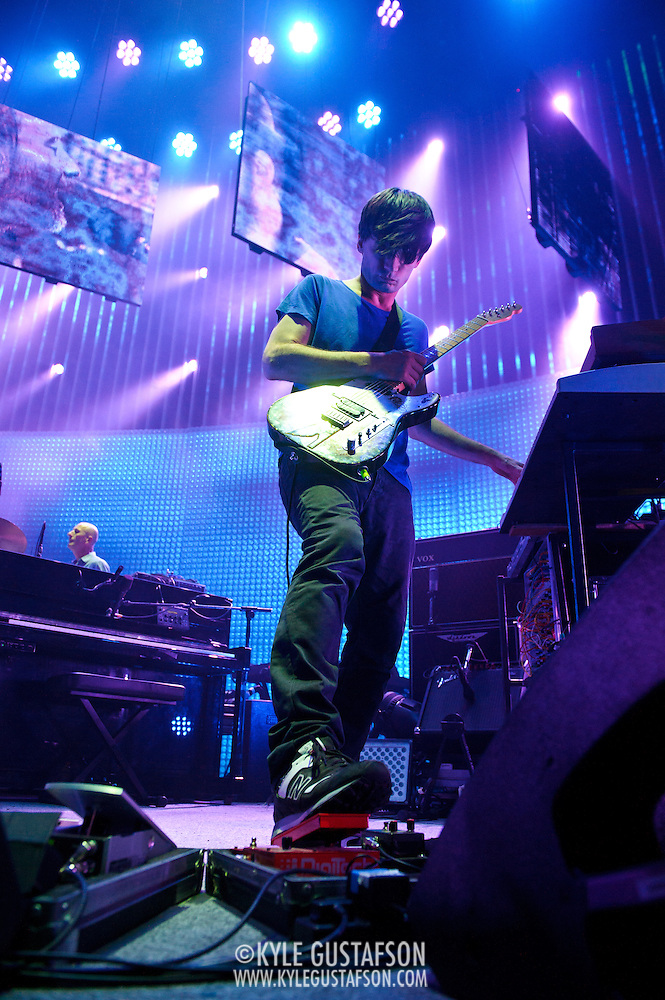 I know lots of people complain about Radiohead’s lights, but I thought they were fine. I was a bit dark up there at times, but I had plenty of opportunity to get the shots I wanted. I really loved their set up, with the movable LCD screens above the stage. It was probably the best of their lighting setups, and it looked amazing once I got to my seat and watched the rest of the show. 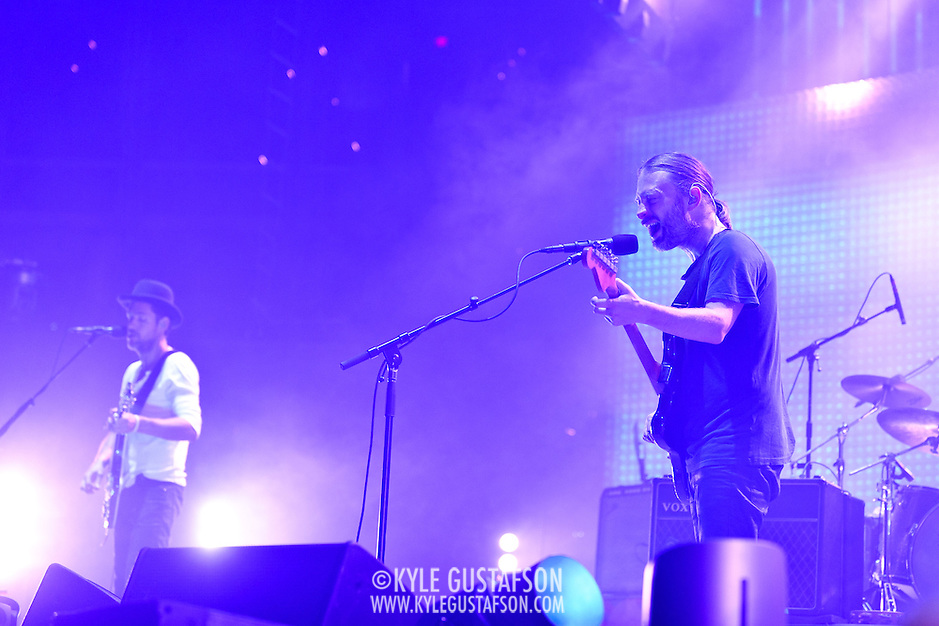 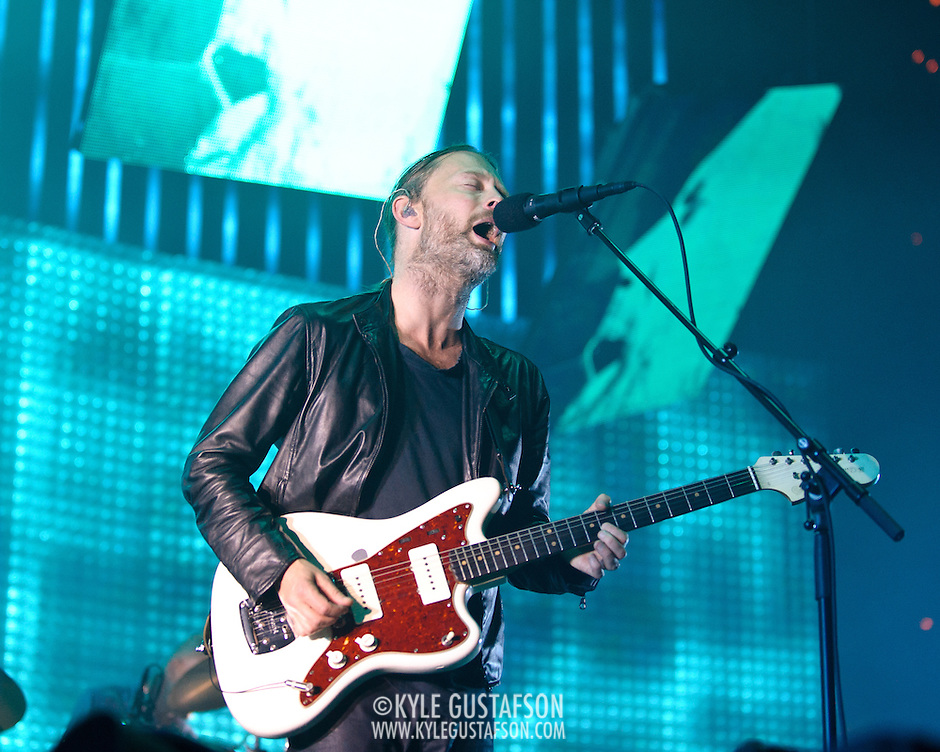 Don’t take any of this the wrong way. I had a fucking blast shooting this show. I distinctly remember thinking to myself, “Oh wow, this is pretty awesome” after the first song finished. I would love to get another chance to shoot Radiohead again very soon. I don’t agree with all of their business decisions (every seat in the Verizon Center that night was $75, even the nosebleeds up top), but they treat photographers with respect and not every band their size does. 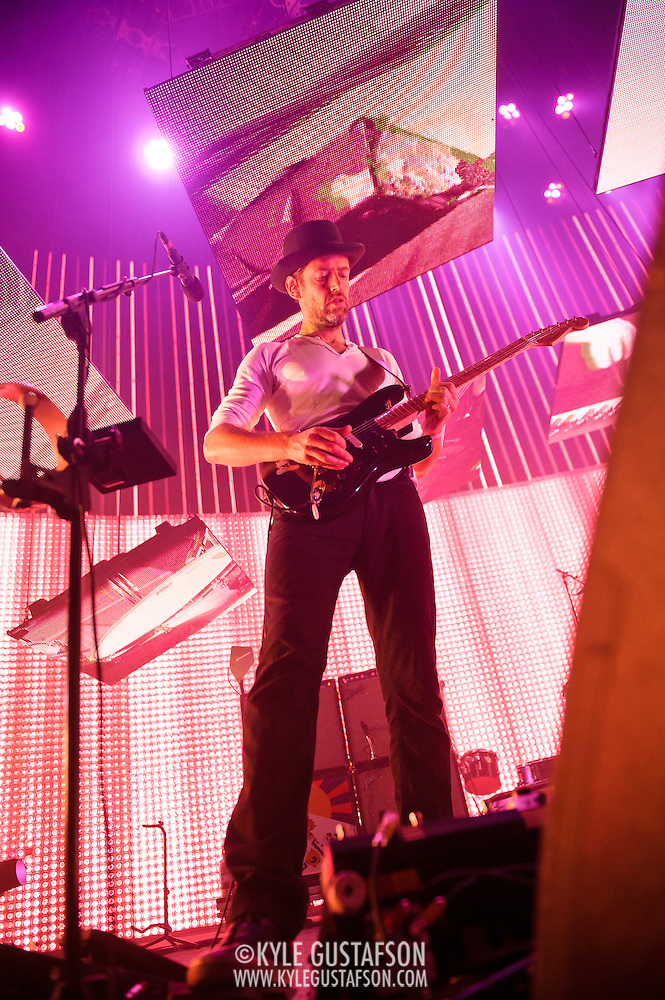 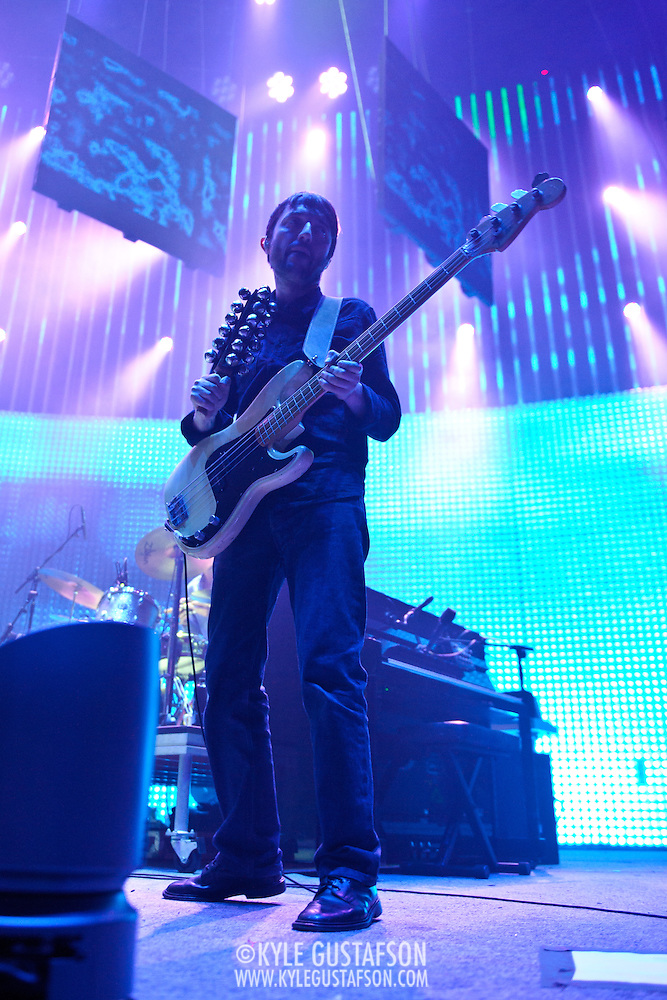 As for the show, it was pretty amazing. I got to hear the two songs I was dying to hear, “Meeting In The Aisle” ( an instrumental b-side from the OK Computer sessions that I asked for on Twitter earlier in the week – it was only the second time the band had played it live), and “There There,” probably my favorite Radiohead song that doesn’t appear on The Bends. ” “Nude,” “Lotus Flower” and “Supercollider” all stood out for me. The only missteps  (for me personally) were “Kid A” (too mellow for that early in the set, and they played “Body Snatchers right after!) and “Paranoid Android” (I’ve heard that enough times in concert to last me a long time), but at this point I really am nit-picking. 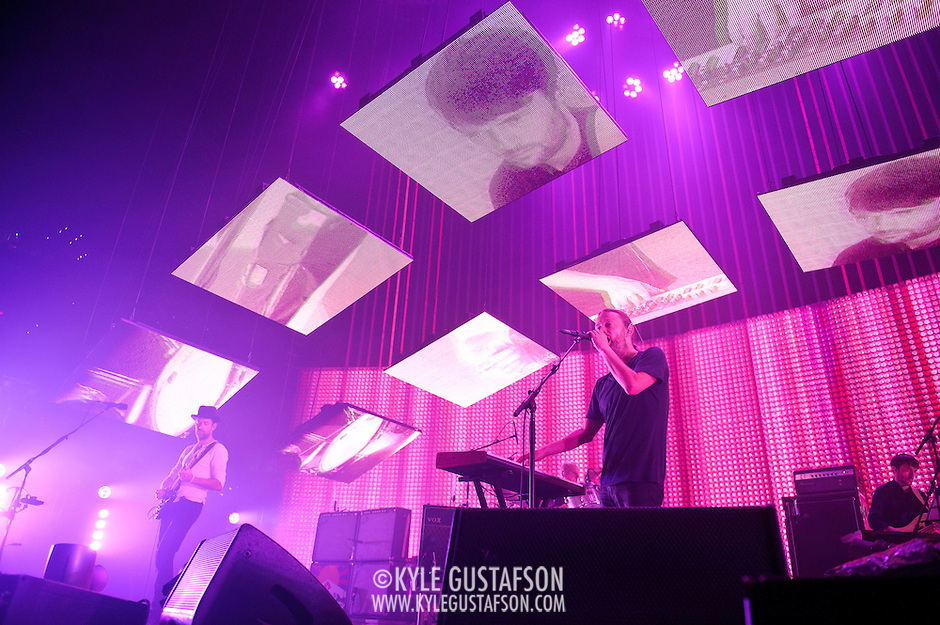