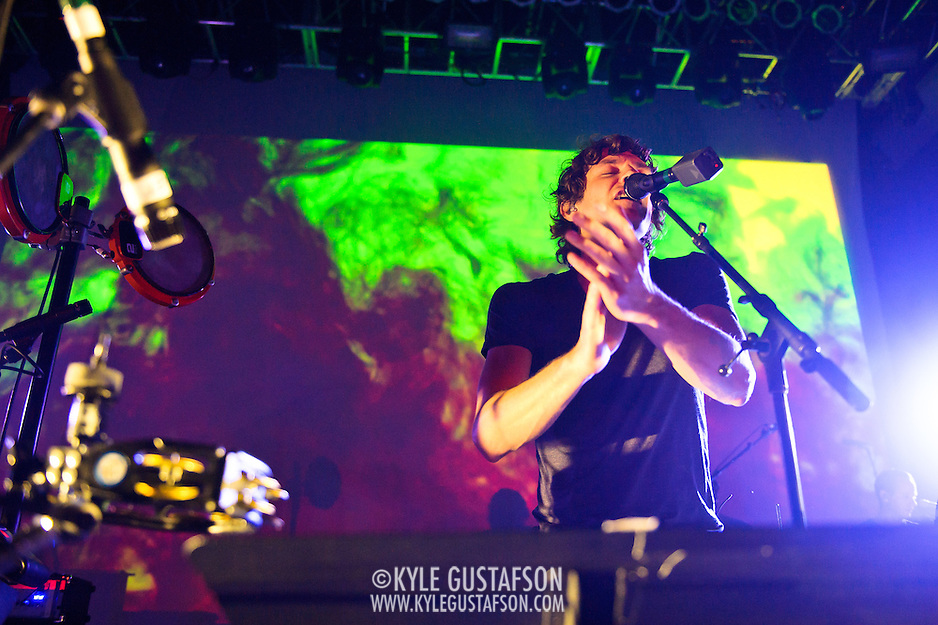 Wally De Backer, aka Gotye, is 2012’s breakout star with his smash hit “Somebody That I Used to Know” featuring Kimbra. He played to a very sold-out 9:30 Club last week, which was to my knowledge, his first show in D.C. 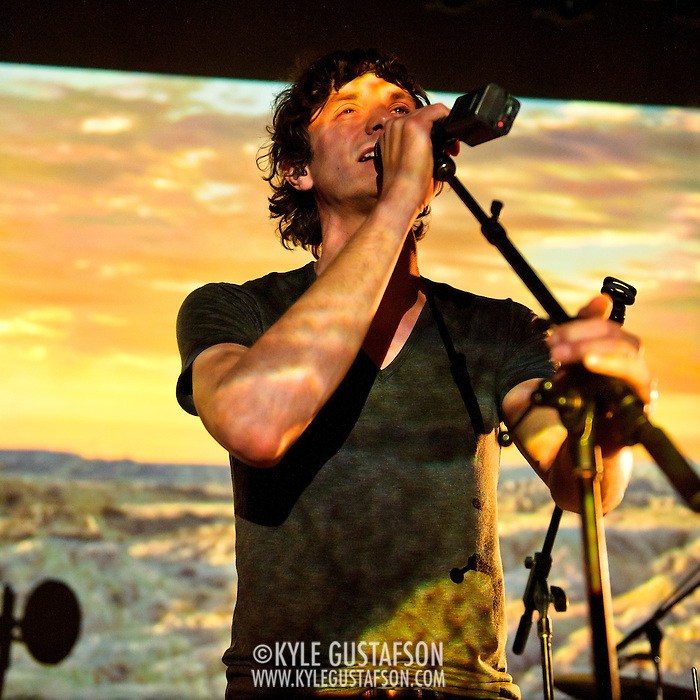 His show was mostly built off the projections at the back of the stage. There was a tiny photo pit for us photographers, but the lack of space and amount of gear on stage made getting clean sight lines very difficult. Gotye split his time between singing and playing the multiple drum set-up that he had surrounding him. A music stand placed right in front of him blocked any chance of getting a full body shot. 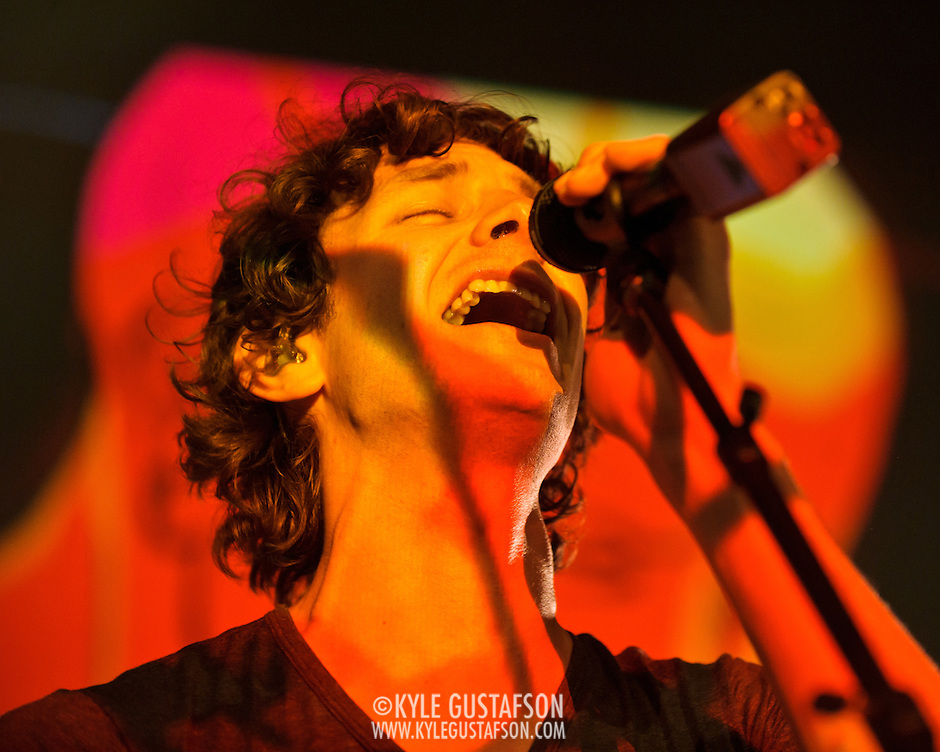 Despite the hurdles, there were some great frames to be had, it was all a matter of timing with the strobe like lights, which thankfully were not as bad as the Sleigh Bells show. 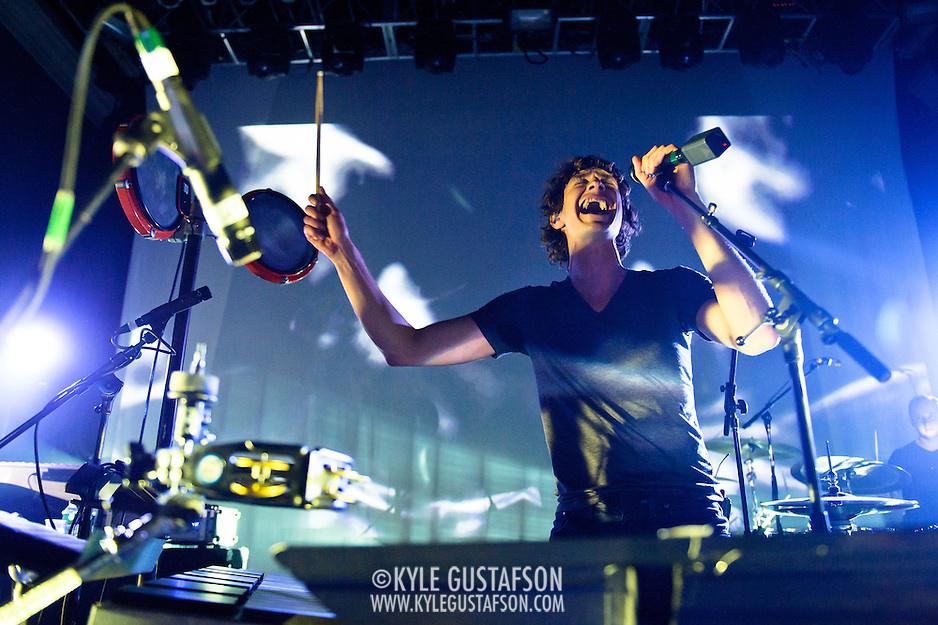