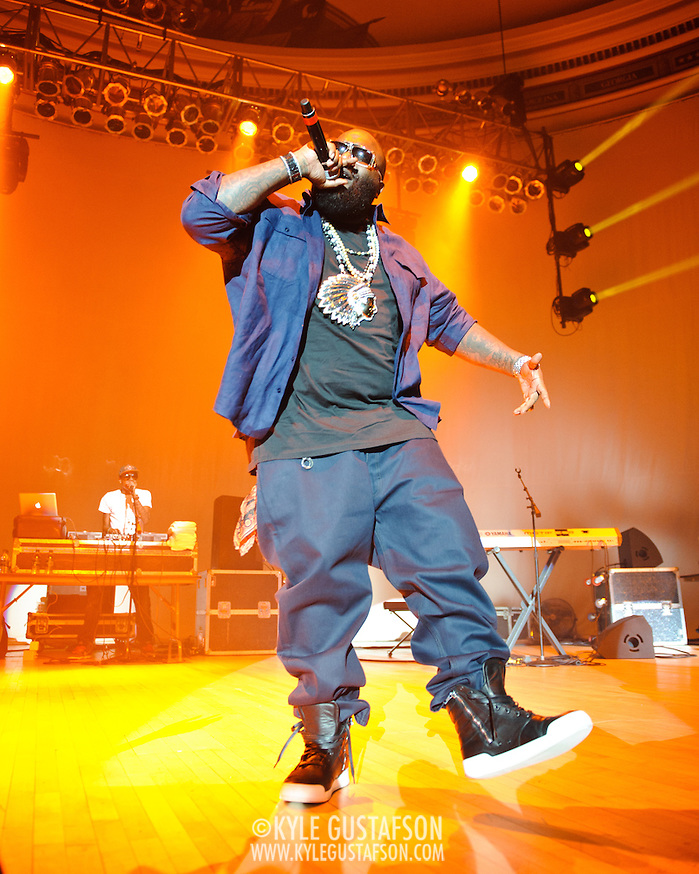 I would definitely file this Rick Ross gig at DAR Constitution Hall from last week as one of the stranger hip-hop shows I’ve covered in D.C. The show started at 8 p.m. and was done by 10:30 and the venue was barely half full. Not what you would expect from a hip-hop town like D.C. when “The Hottest MC in the Game” is in town. 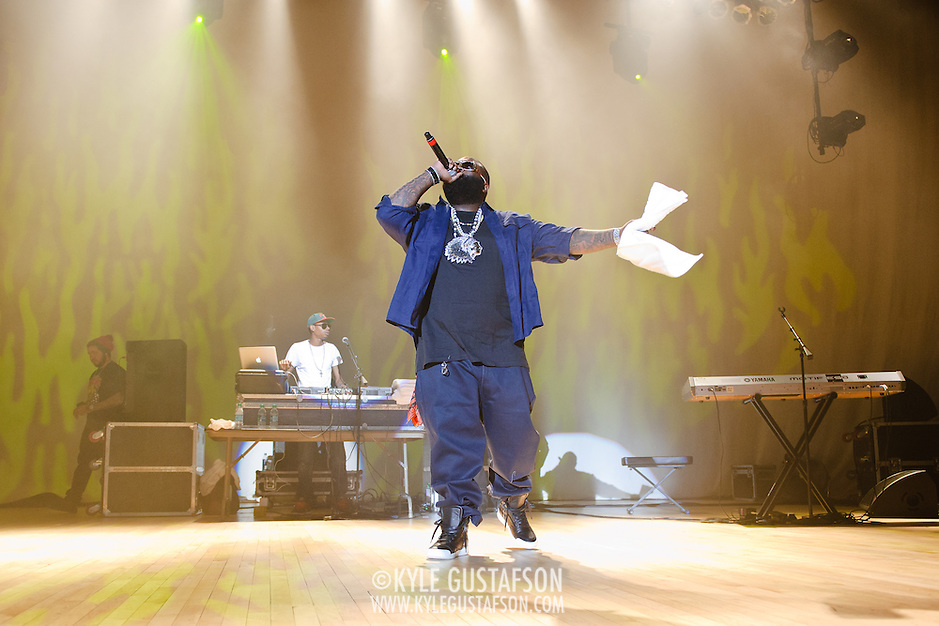 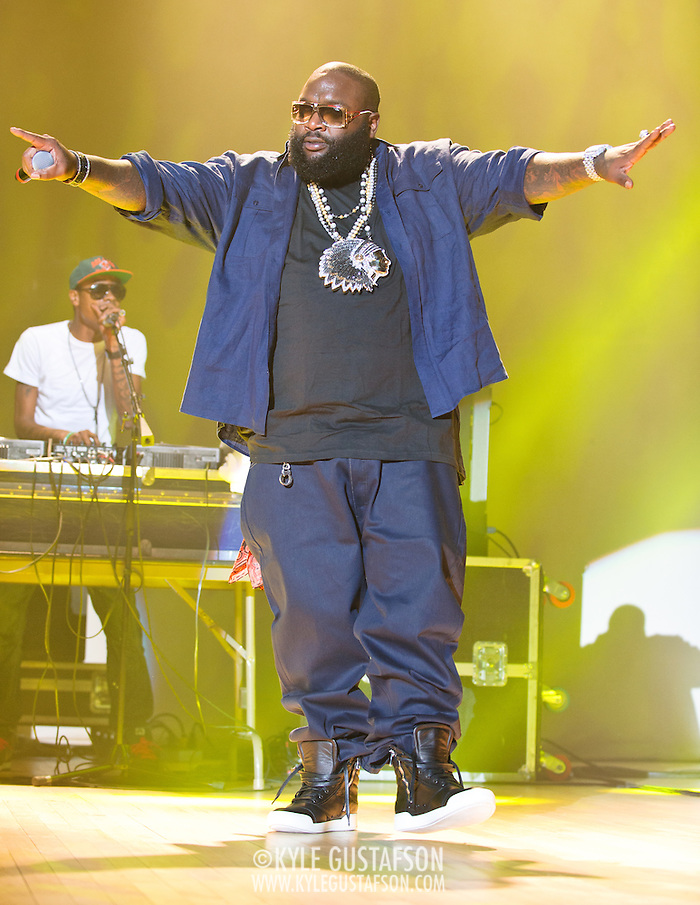 The show itself was good, but I was very pleased with the lack of stage set up and abundance of lights, which made for some nice wide angle shots. Ross is one of the few MC’s that doesn’t wear a hat on stage, so it was nice to get clear shots of his face. For all his bravado, Ross doesn’t have much of a stage presence. he basically just walks back and forth across the stage, so after snagging a prime spot up front, all I had to do was wait until he turned my way. 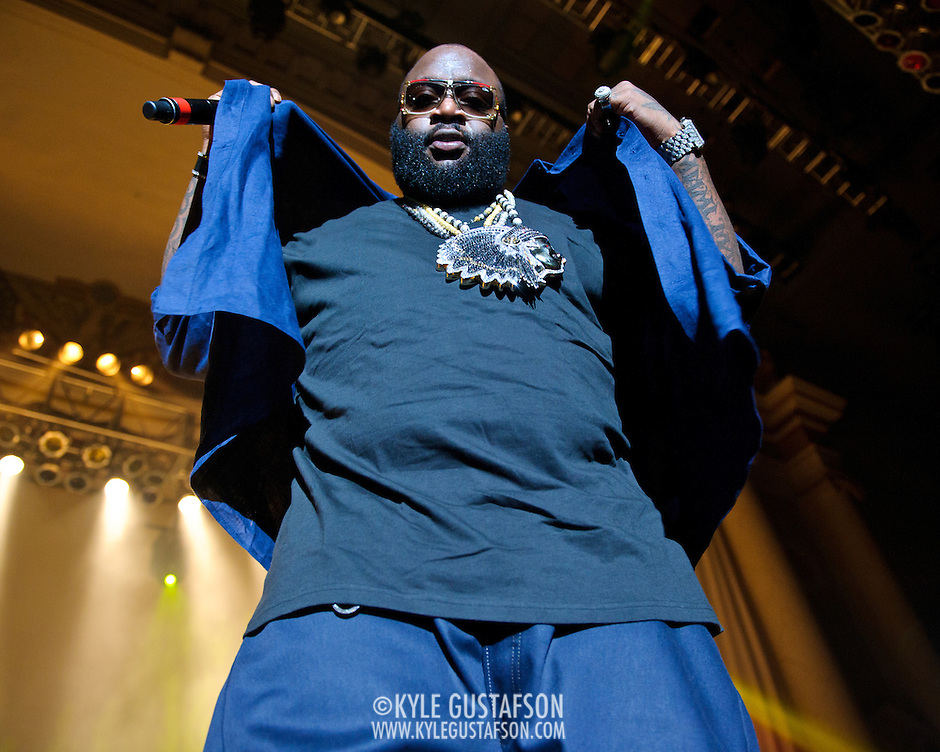 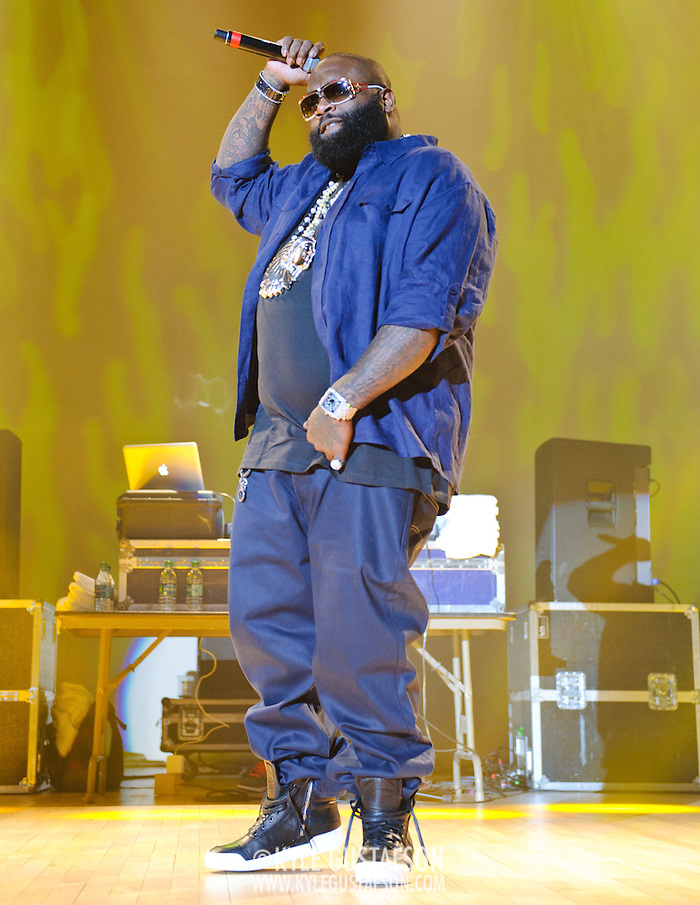 This is the second time I’ve had the chance to shoot the Teflon Don. Last year I caught him when he opened for Lil Wayne and Nikki Minaj. That shoot was from the soundboard, so it was nice to be able to get up close and personal this time. 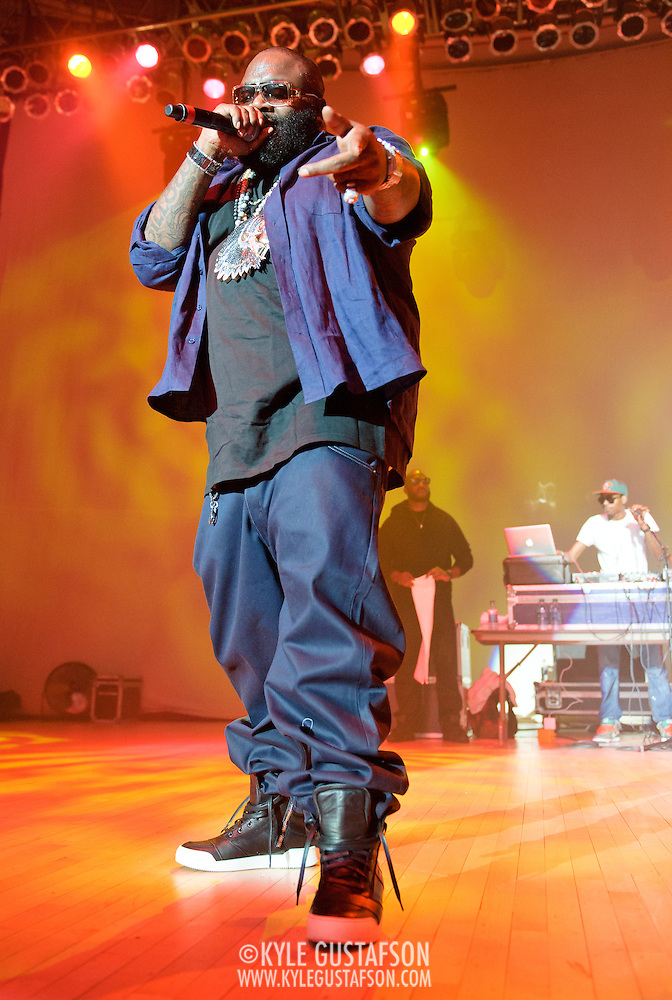