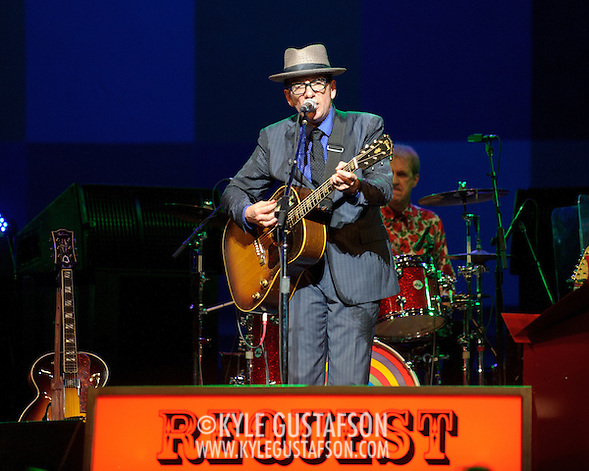 I’m a recent Elvis Costello convert and I’ve always been somewhat hesitant to see him in concert because I know of his penchant for mostly sticking to his new material. I haven’t delved into his back catalog that thoroughly, so I just want him to play the hits. Luckily for me that’s exactly what Elvis and his band are doing on their current tour. 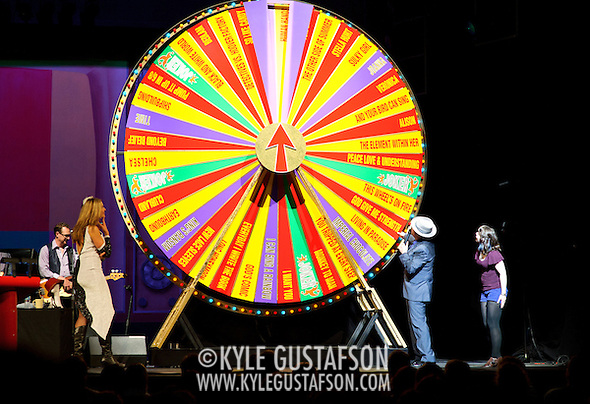 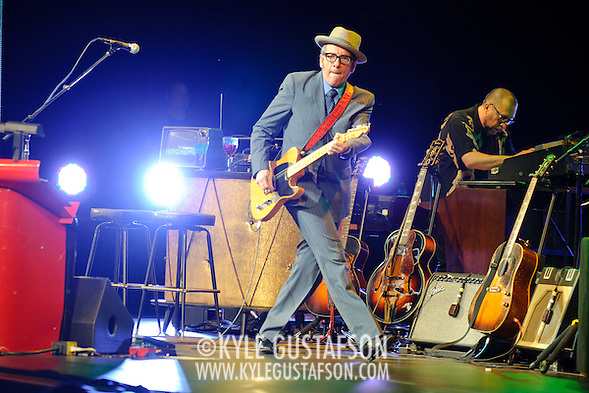 The premise of this tour, dubbed The Spectacular Spinning Songbook Tour, is Elvis brings people out of the crowd to come onstage and spin a big wheel that lists all of his big hits. Whatever song the wheel stops on, he plays. It was pretty great. We heard everything you’d expect to hear, “Alison,” “Watching the Detectives,” “Pump It Up,” and many more. As an added bonus, I got to hear two songs I was dying to hear, “Brilliant Mistake,” and “Beyond Belief.” He even threw in a cover of “Purple Rain” just for fun. 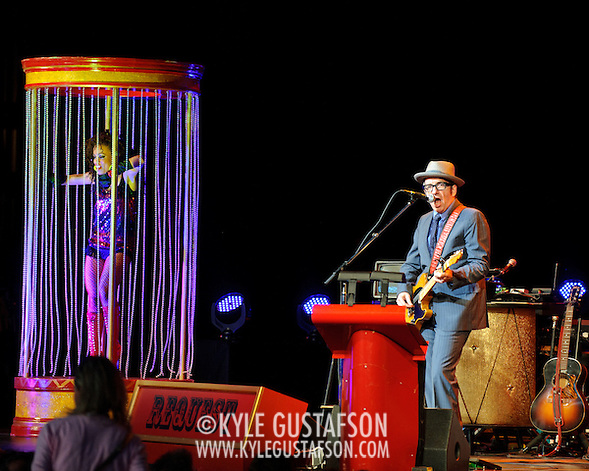 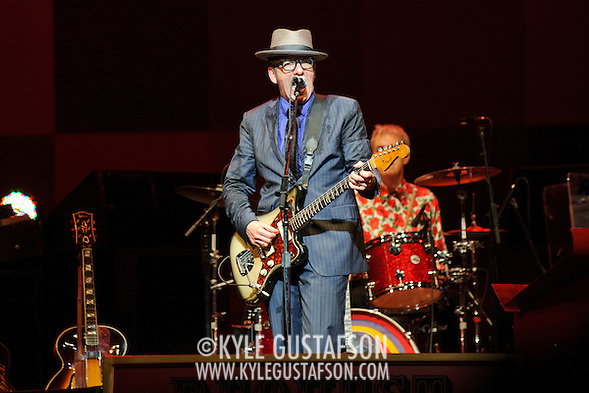