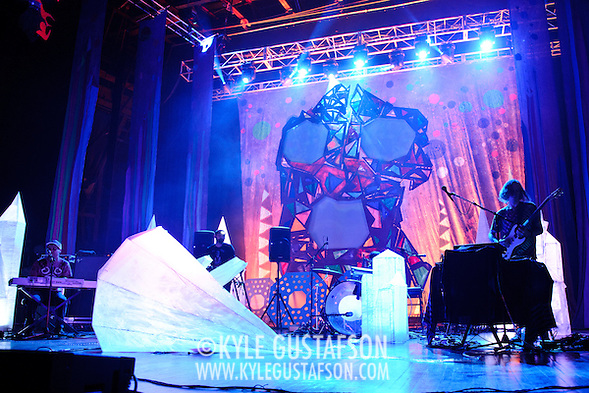 Ever since Animal Collective named their 2009 album after the Merriweather Post Pavilion amphitheater in Columbia, MD, anticipation has been high for the band to play a show at that venue. Last week that finally came to pass. 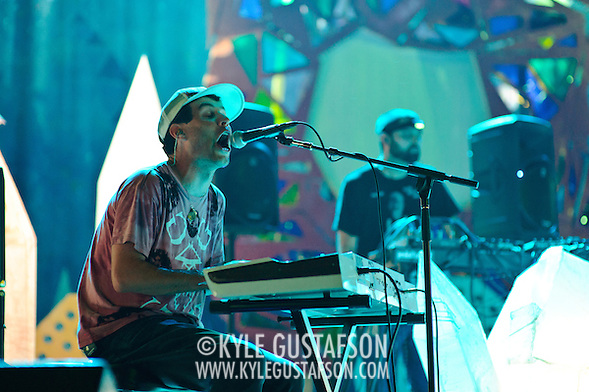 I didn’t expect much as far as lighting for this show and I was definitely right. The band decorated the stage with all sorts of glowing props and relied on them for most of the stage lighting. There would be the occasional colored wash but those were few and far between. 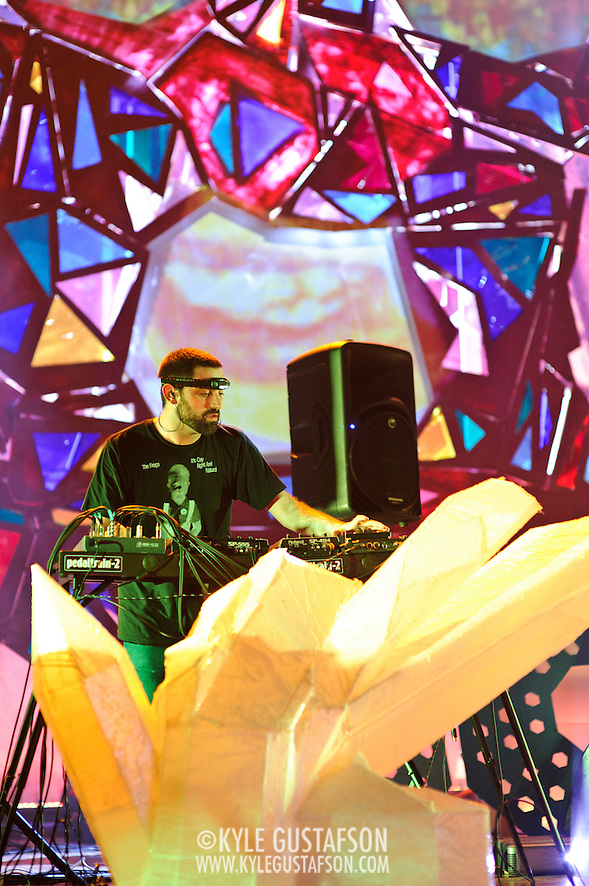 The stage props also hindered sightlines, making it virtually impossible to get all four embers of the band into the same shot. Knowing this, I focused more on trying to capture the vibe of the show than to get “action” shots of the band members. The backdrop, a multi-colored, glowing skull, made for a good backdrop and was well lit, so that became the centerpiece of many of my shots. 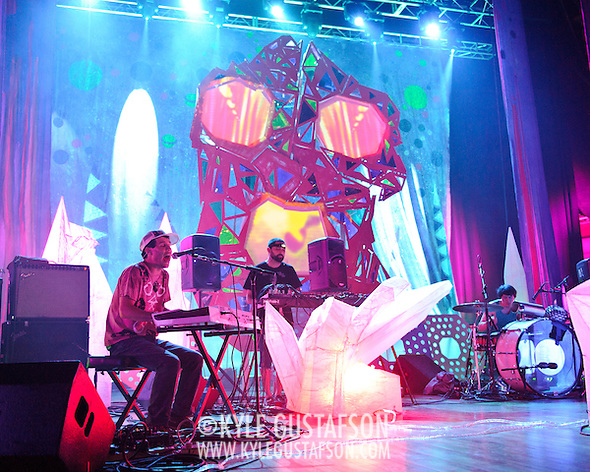 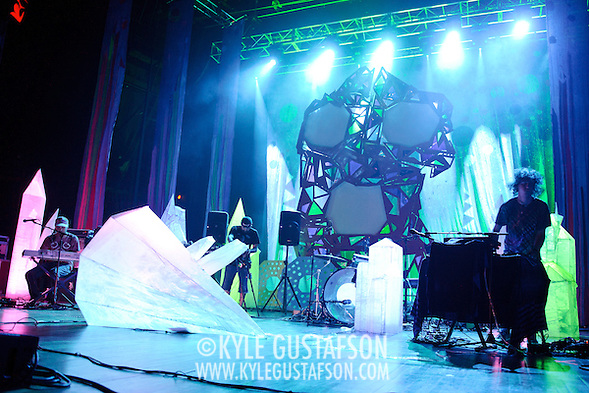