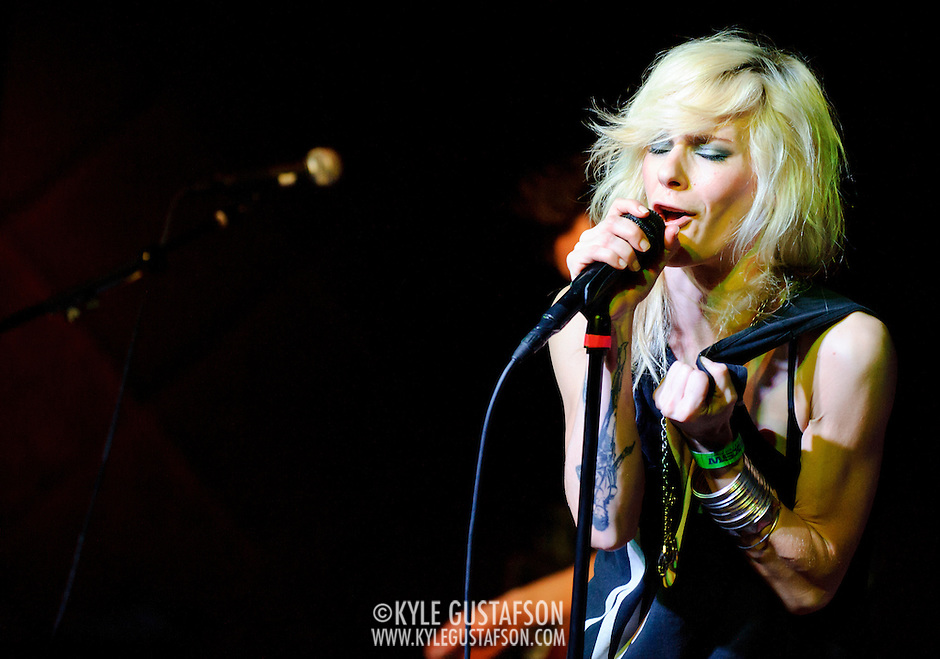 After catching a bunch of bands at the Live4ever.com day party, I walked around the corner to The Phoenix to try and catch The Sounds before making my way to Lakeshore Auditorium to see The Strokes. 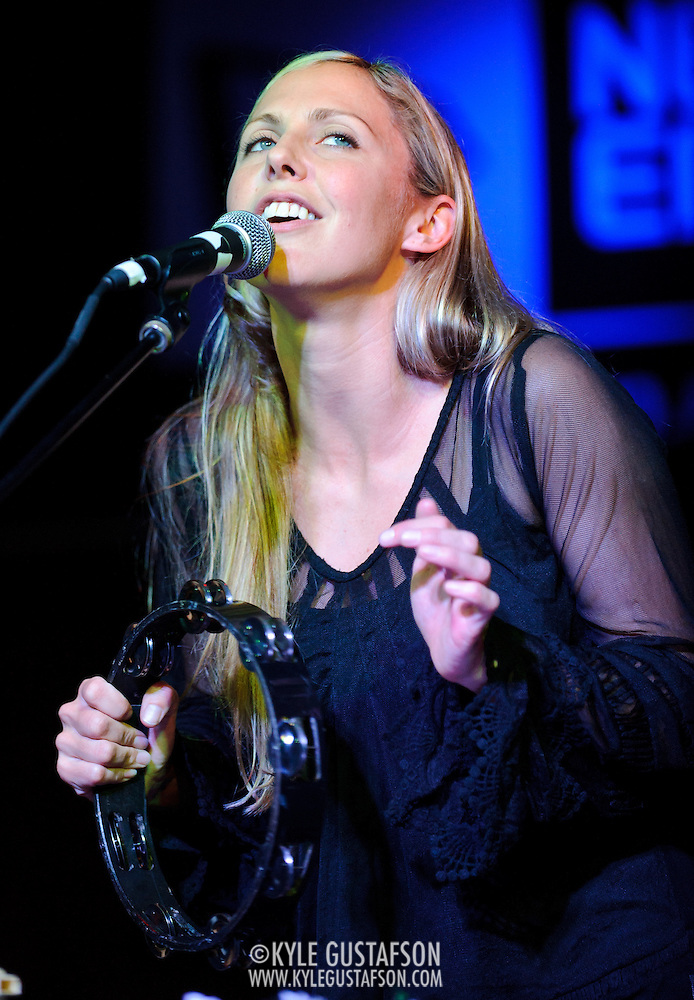 The Phoenix is a plush, velvety, bottle service type of club that was hosting the Mog showcases. A big stage with bright lights was set in the middle of the floor for the bands to perform on. The lights were pretty great because they were filming all the performances for video streaming. The Submarines were finishing up their set when I walked in so I grabbed a seat at the back to give my feet a break. 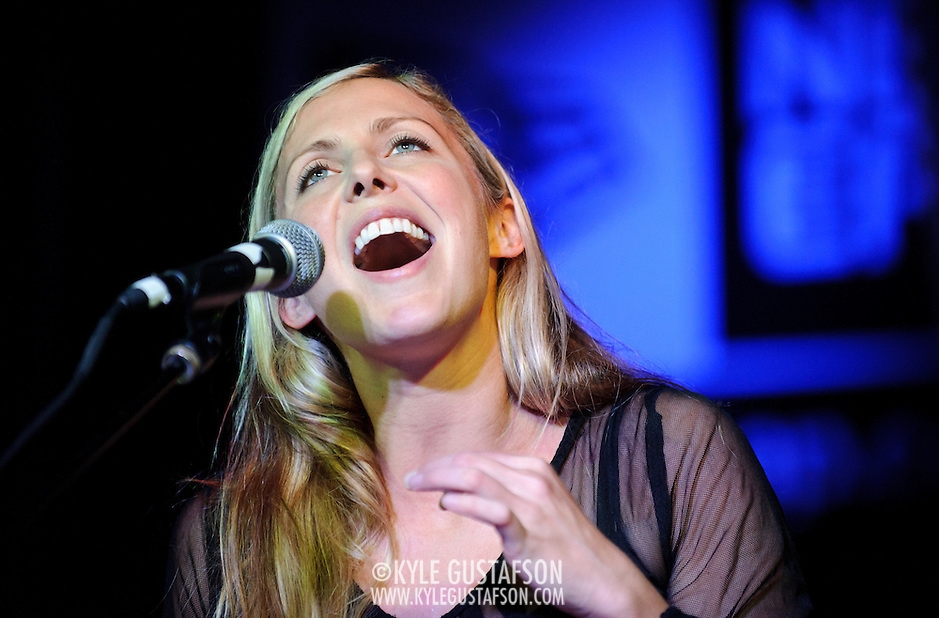 While I was resting, everyone rushed to the front of the stage to get a good spot for The Sounds. So I perched myself on a riser to the side of the stage and just shot from there, hence the same vantage point for all of these shots. 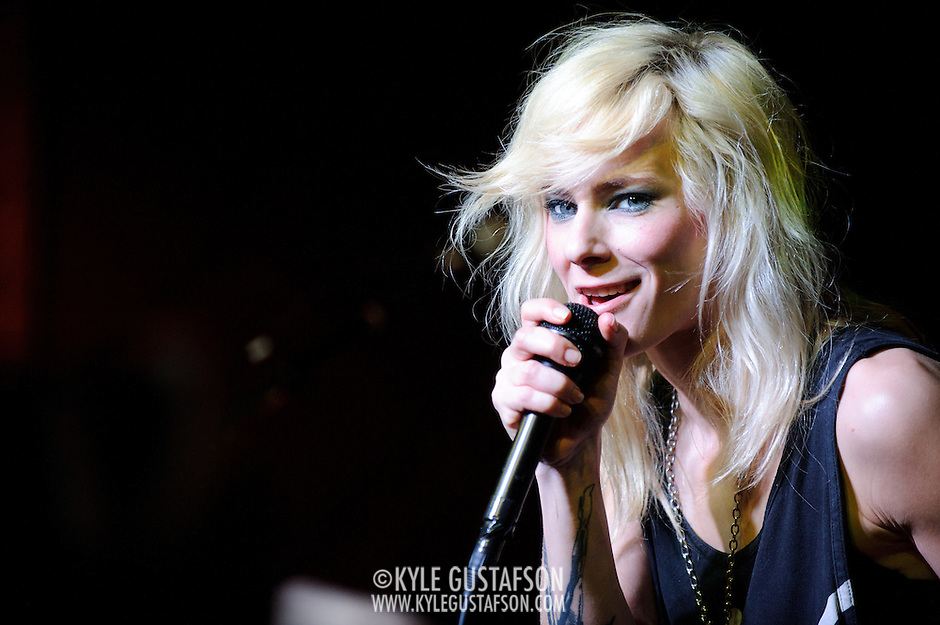 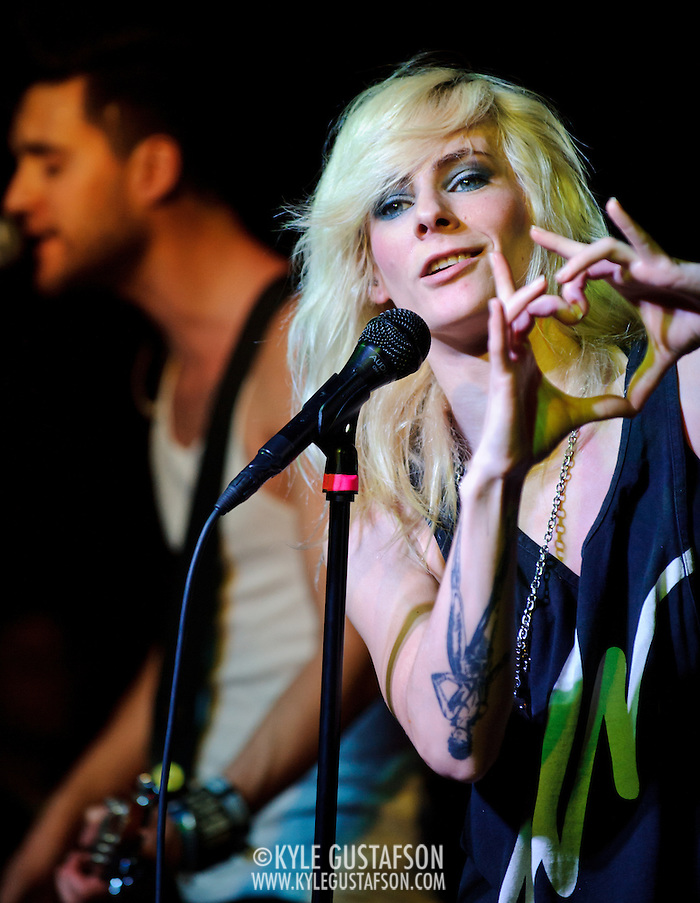 The Sounds have a new album out and played a bunch of new stuff. Maja was really the only person i could get a good shot of from my vantage point, so I concentrated on her. Hopefully the group comes back to the States soon for a proper tour. 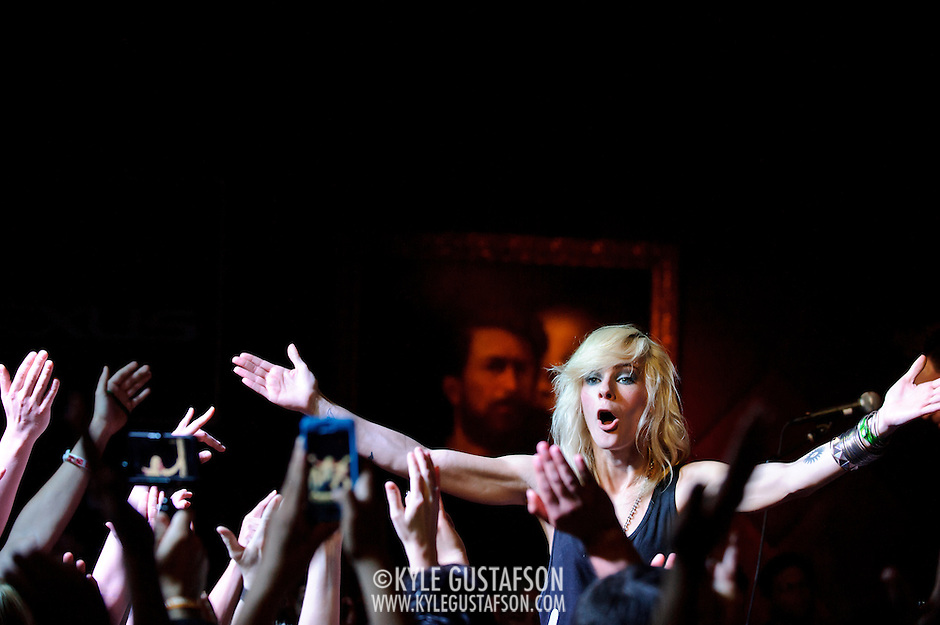 Full photo set below. As always, if you want to purchase a print, just click on the photo as hit the “Add to cart” button.