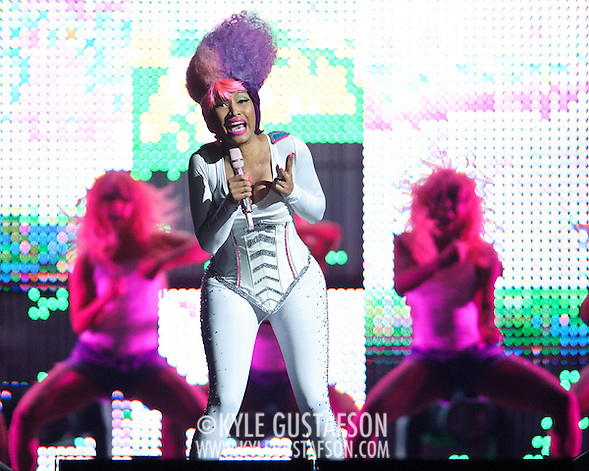 Unlike Lil Wayne & Rick Ross, both of whom basically walked around the stage while they rapped, Nicki Minaj gave a great performance during her short set on the “I Am Still Music” tour. 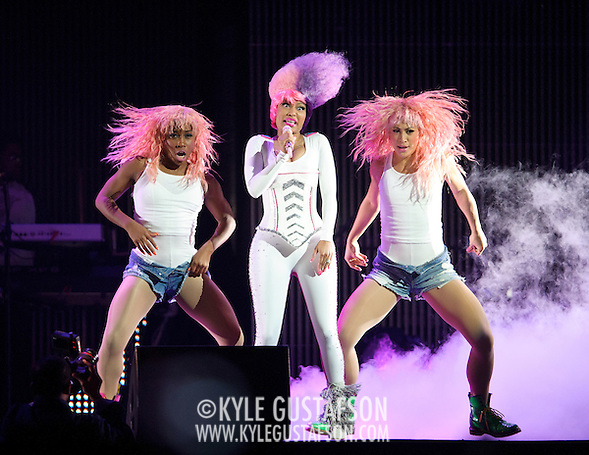 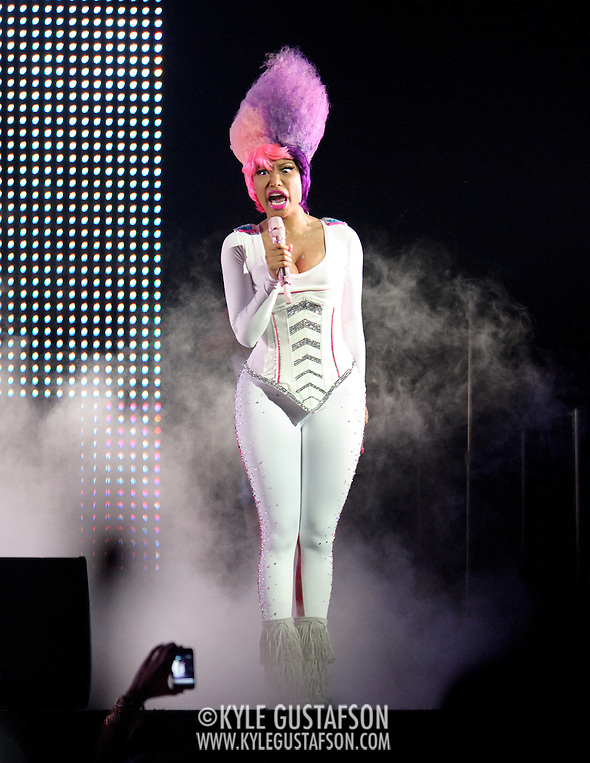 It says a lot that you can see just how expressive Minaj is on stage, even from the soundboard. Her outfit and hair, coupled with some decent lights and seemingly everywhere backup dancers, made for some great shots. 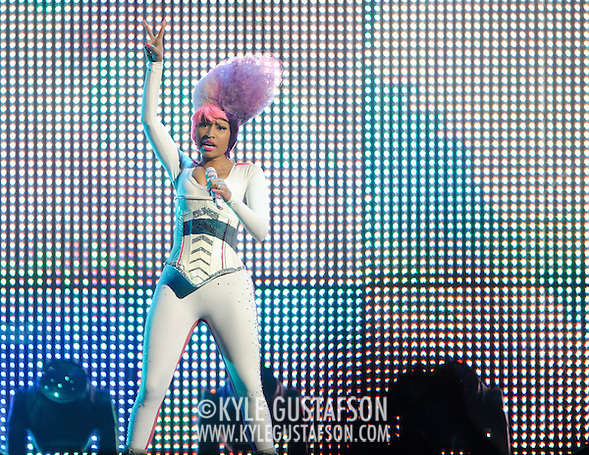 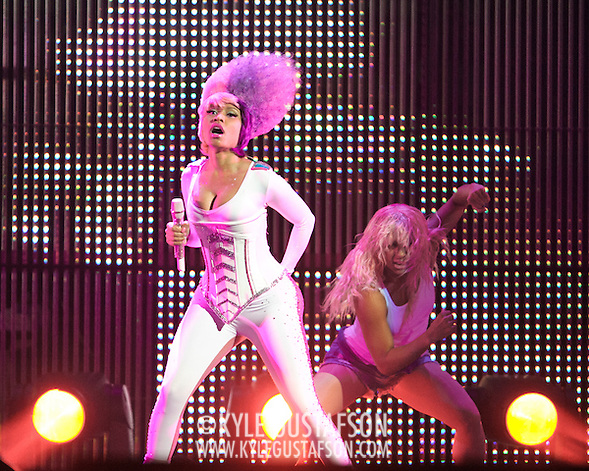 Her set was a little weird in that she performed after Lil Wayne (the presumptive headliner) took the stage. Wayne basically split his performance in two, using Minaj’s set as his own personal intermission. This meant everyone shooting the show had to stick around later than normal to get the shots, but it was worth it. 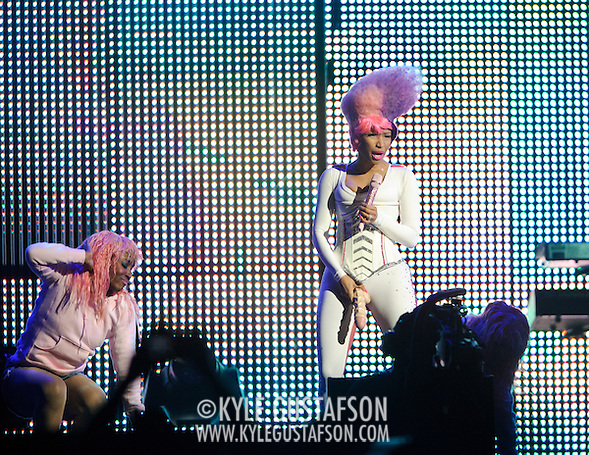 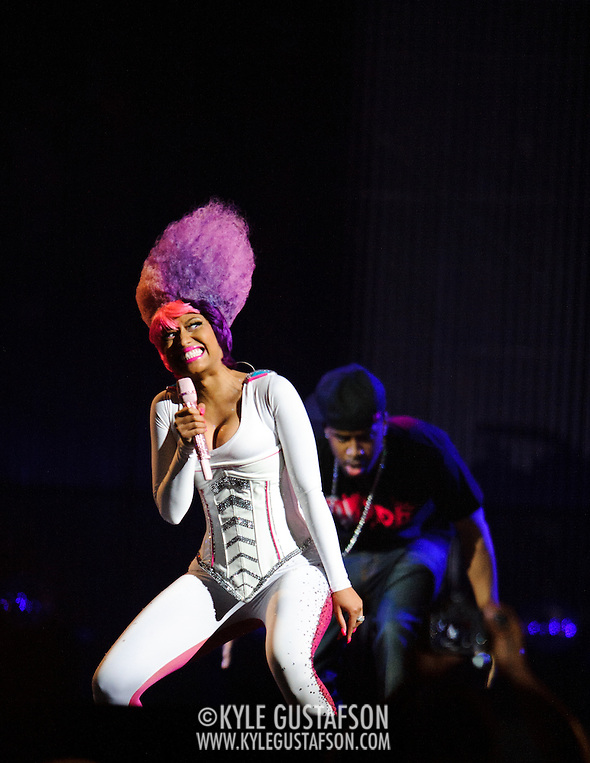 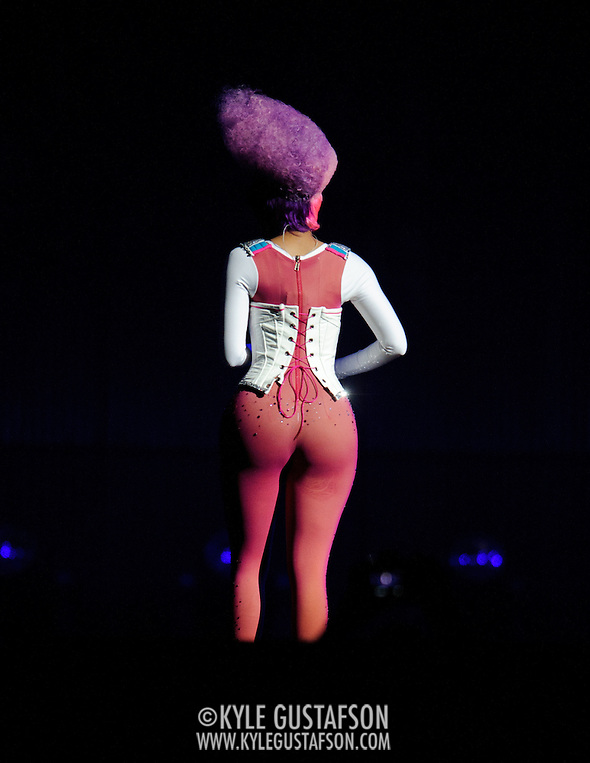