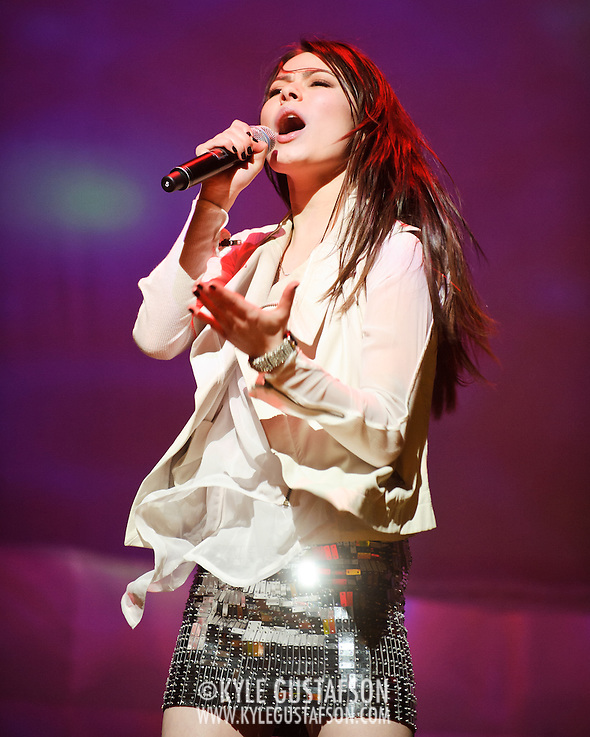 Generally shows at the Strathmore Music Hall in Bethesda are somewhat stuffy affairs featuring singer-songwriter types like Kris Kristofferson, Rufus Wainwright or Joan Baez. The Wilco show I shot there last year was the one time I’ve covered a rock n roll band playing the venue, so obviously I had no idea what to expect when I got the assignment to shoot the Miranda Cosgrove show. 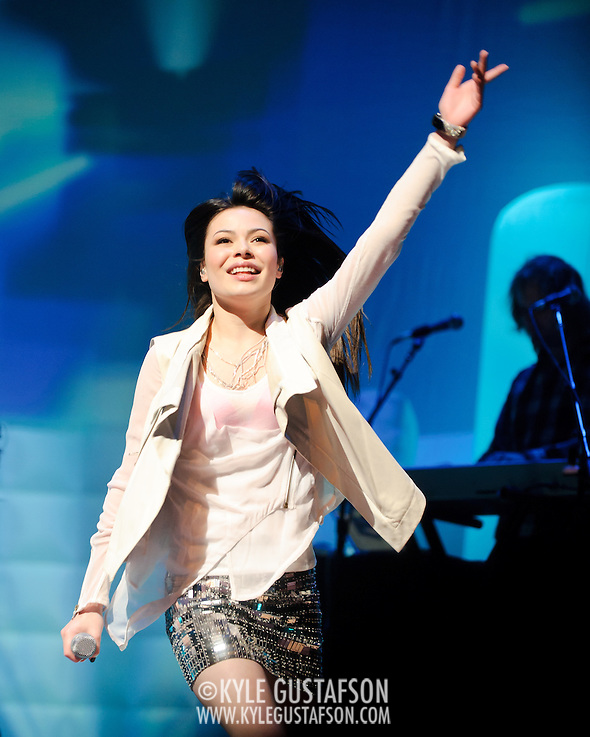 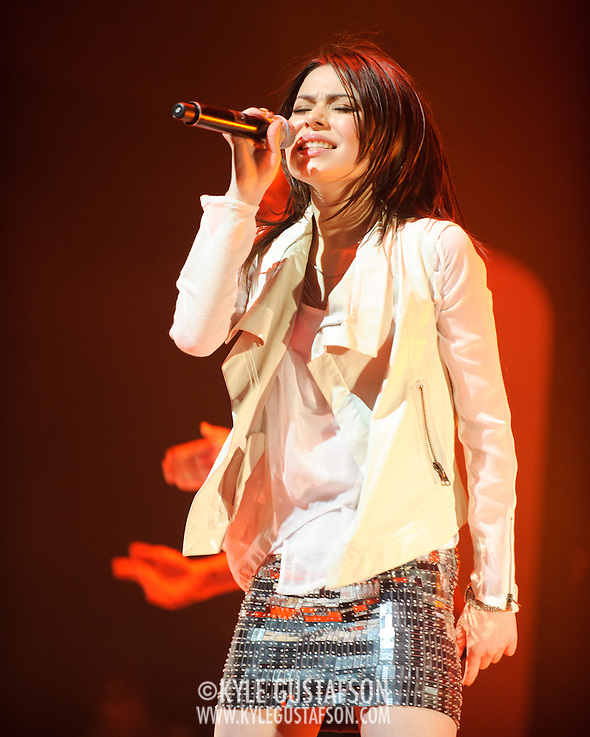 This was Cosgrove’s first proper tour as a recording artist and while she still has some kinks to work out in her live show, she definitely showed she has the chops. we were allowed to shoot the first three songs from either right in front of the front row or a little further back in the aisles. The front of the stage was littered with monitors, so I chose to shoot in the aisles and that’s where I stayed for the most part. Cosgrove ran back and forth across the stage for most of our alloted shooting time so being situated further back from the stage let me make sure I could track her wherever she went. 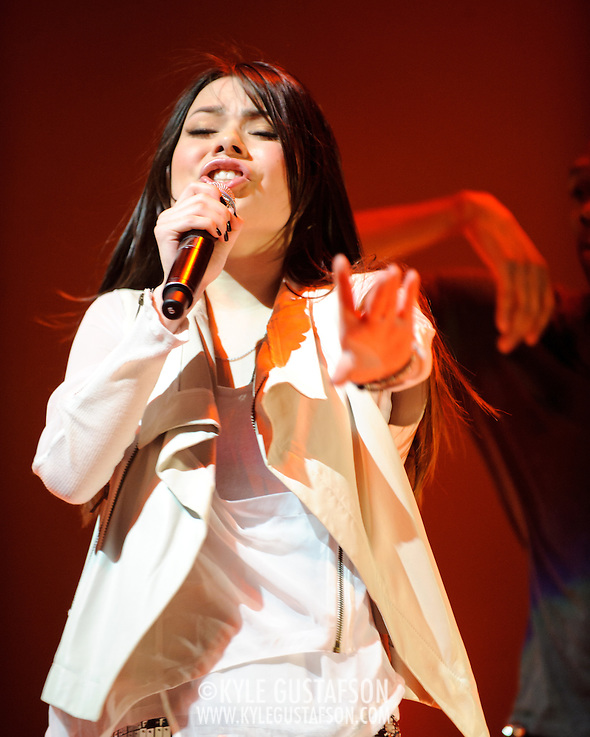 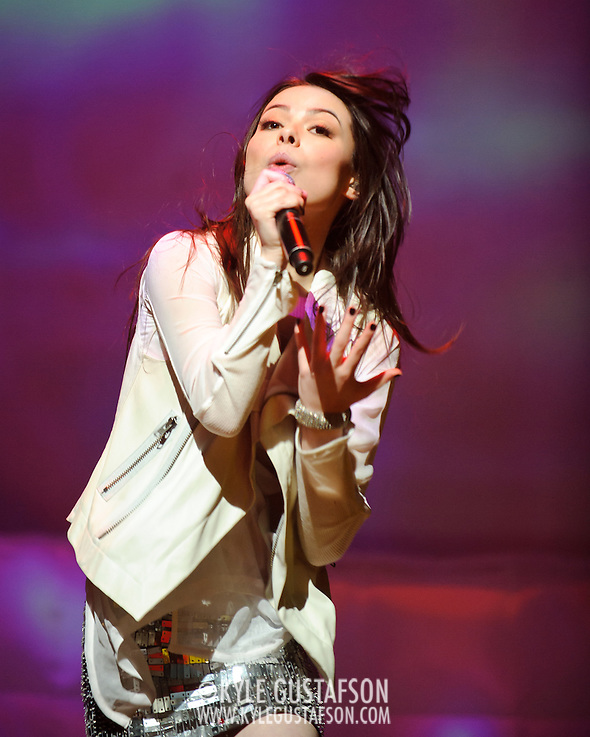 My best shots came when Cosgrove went to a small platform at the back of the stage. There was less hair whipping back and forth then and the shots were a bit cleaner. There were 4 or 5 dancers on the stage at any given time so when she was at the back of the stage, I was able to single her out in my frame without any flailing limbs in the background. 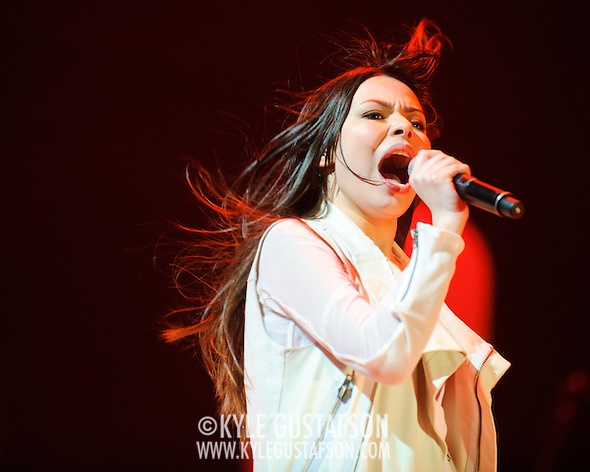 Check out my full photo set below!