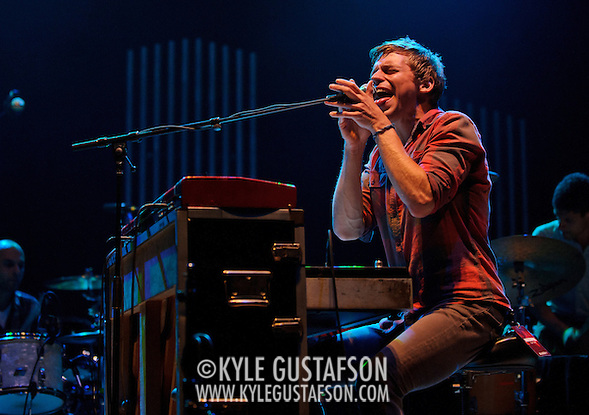 Brooklyn’s White Rabbits seemed like an odd choice for the opening band on Interpol’s recent US tour, given their driven, energetic sound is the polar opposite of Paul Banks & Co.’s slow burning epics, but they did a great job of getting the crowd out of their seats and into their music. No easy task for openers at the cavernous environment of DAR Constitution Hall. 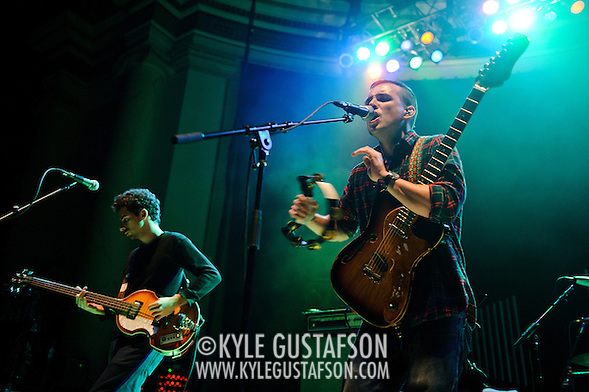 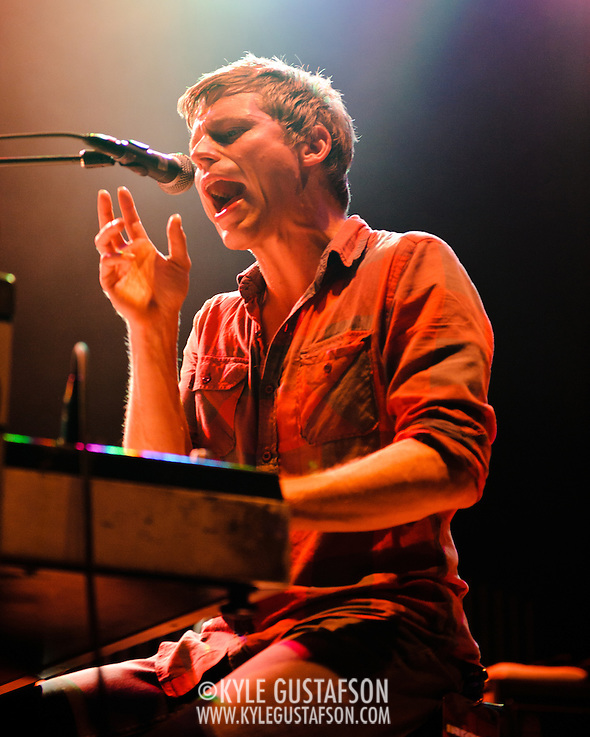 This was your standard DAR set-up; first three, no flash and shooting in the aisles. The lead singer’s piano presented a bit of a problem since the aisle wasn’t really wide enough to allow me to get any different angles other than straight on. 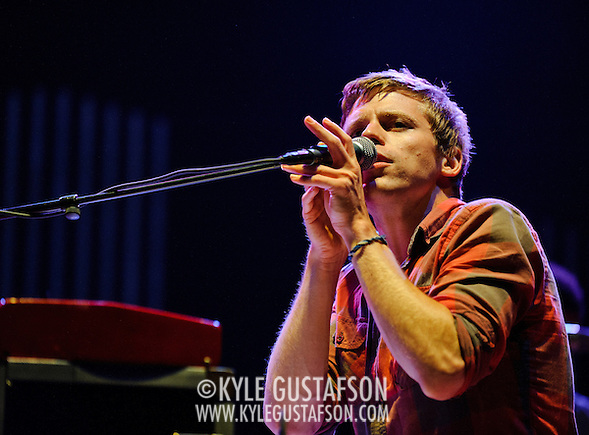 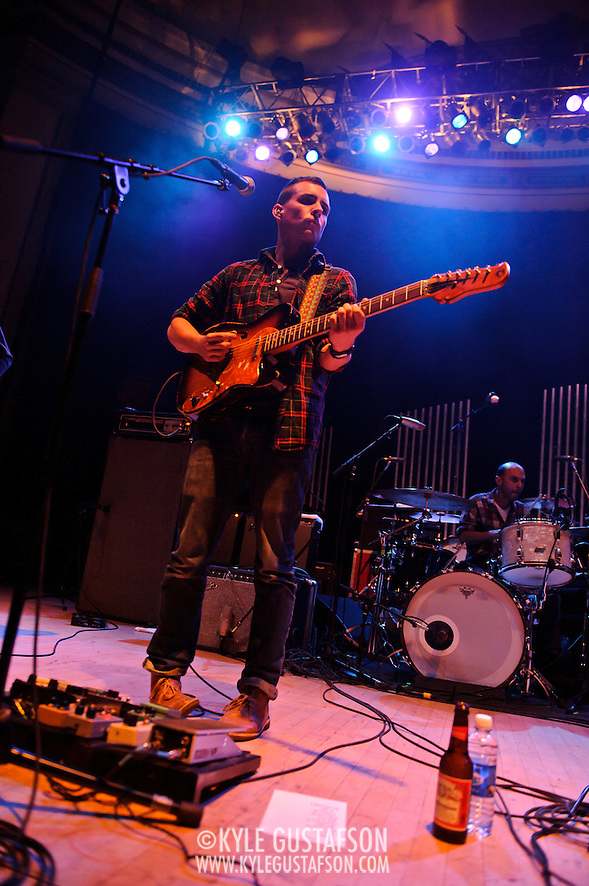 The rest of the band was lit fairly well and provided me with some really great material while they were singing back up. 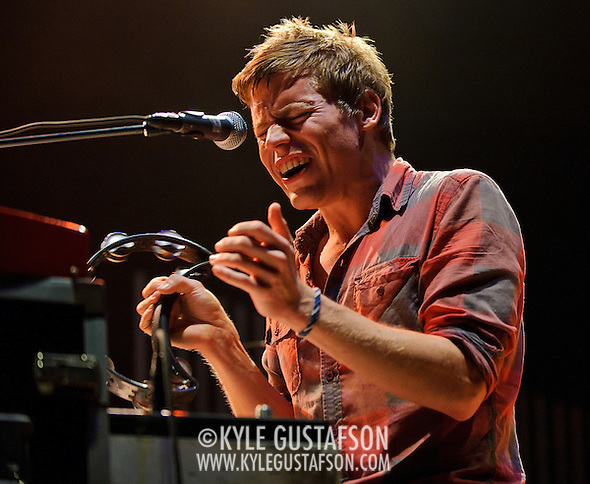