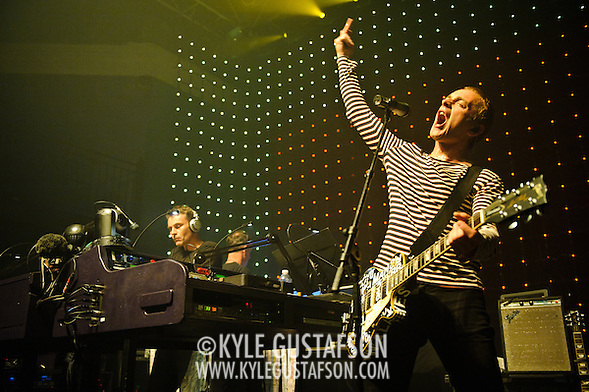 I was beyond excited to see and shoot Underworld at the 9:30 Club. The last time I saw Underworld perform was at the 2008 Virgin Mobile Festival and it was one of the best concerts I have ever seen. So naturally I had high hopes for this show. 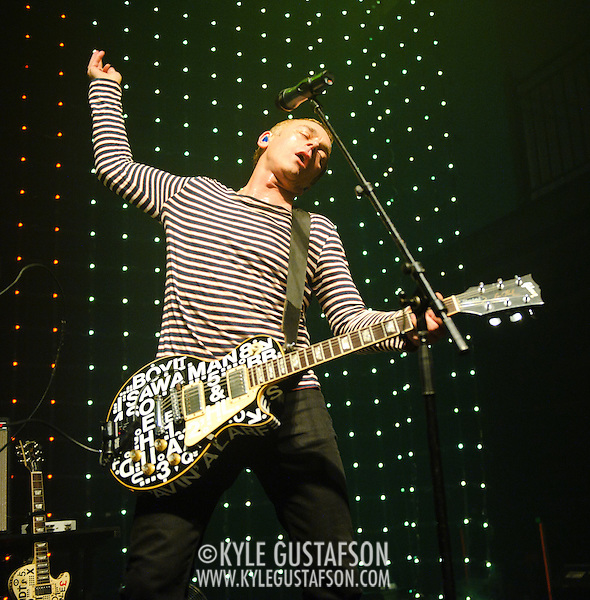 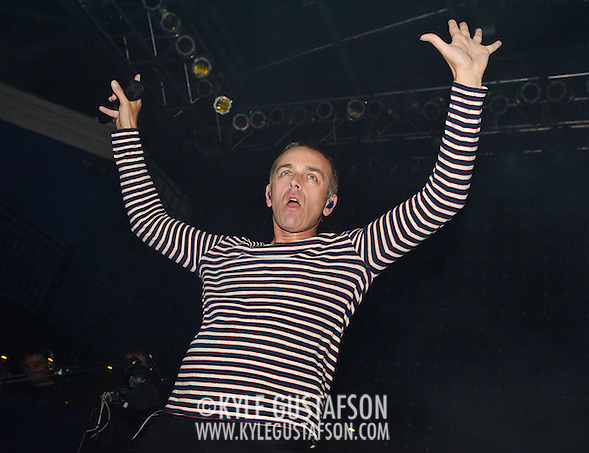 Ultimately this show did not live up to their previous performances lofty heights but that doesn’t mean that this show wasn’t incredible, because it most certainly was. Lots of new stuff in the set, all of which I enjoyed but I was hoping to at least hear “Pearl’s Girl” and maybe “Jumbo” or “Push Upstairs.” Still, a great show, definitely in the top 5 I have seen this year. Head over to DCist to read more of my thoughts on the show. 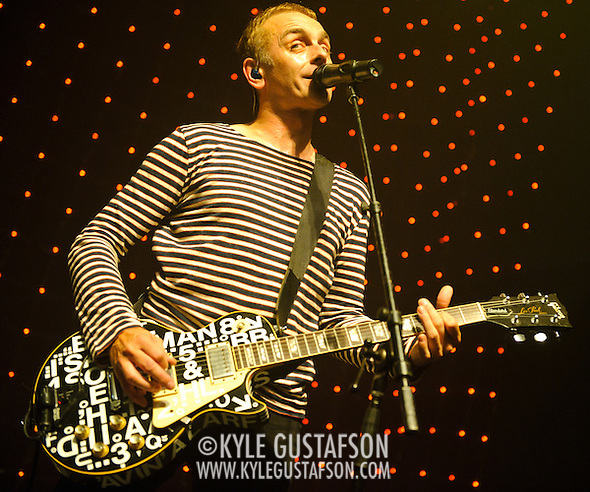 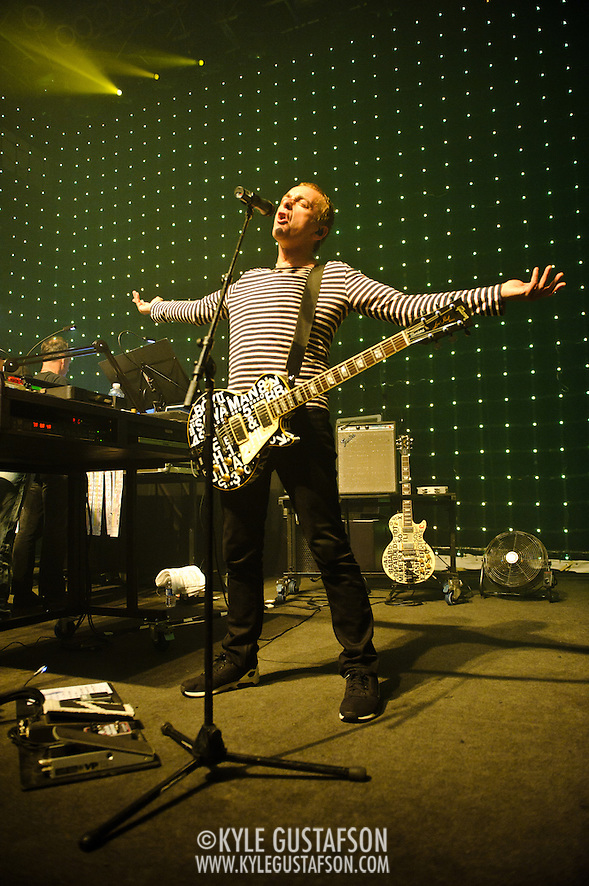 As far as shooting conditions, we were allowed to shoot the second 15 minutes of the show (minutes 16-30) which was hit or miss. Lights at the beginning of our time were non existent but eventually got better when the band started “Two Months Off.” The only problem there was Karl was playing guitar for that song, so we didn’t get much of a chance to shoot him dancing like a mad hatter. Photogs were allowed to use flash, so keep that in mind if you are shooting the group on this tour. I don;t like shooting with flash at all, I much prefer natural light if at all possible. I think it’s pretty easy to tell which of these photos I took with my flash. 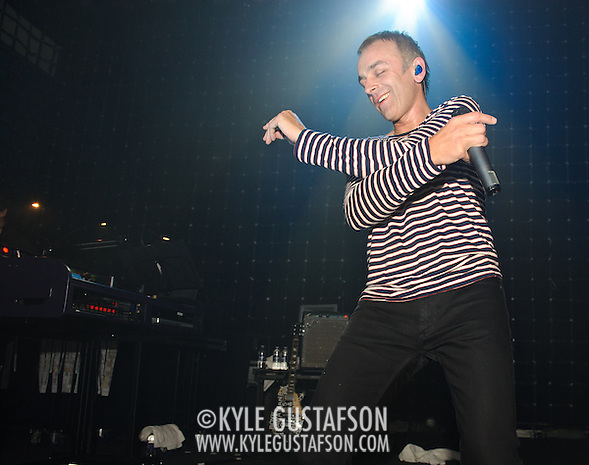 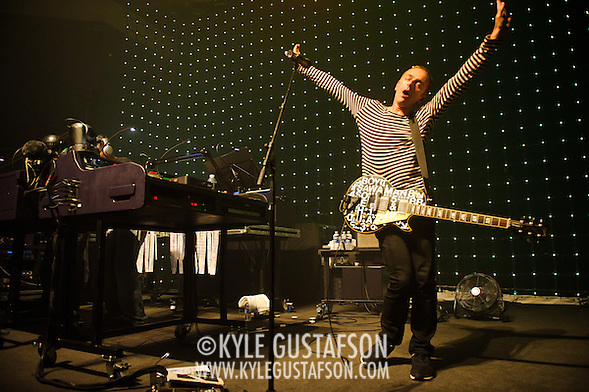 Naturally the best light of the night was just before we were let into the photo pit, during the tail end of “Always Loved A Film.” The stage lights were up with an awesome yellow color, the stage was covered in smoke and Karl stood at the front making these messianic poses. It was beautiful and I wanted to cry not being able to shoot it. Oh well. 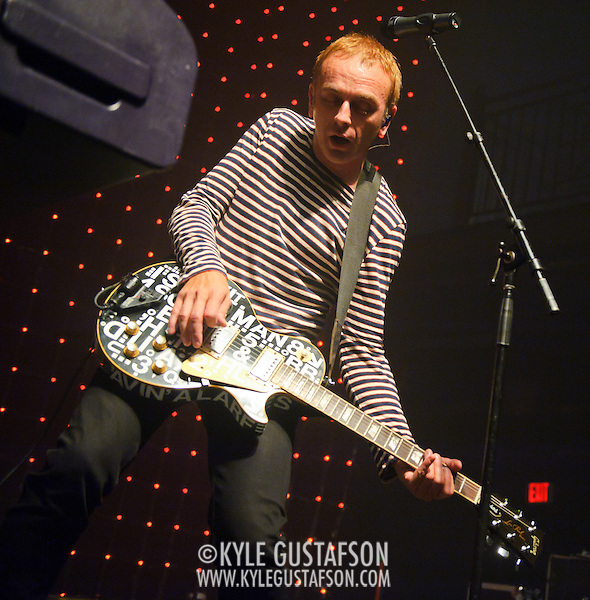