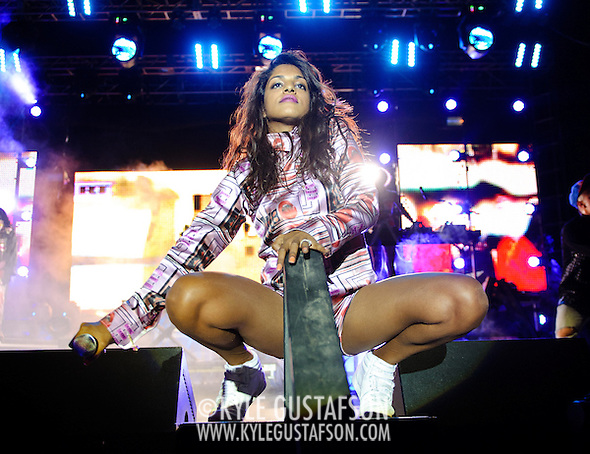 Given the critical drubbing of her latest album and her response to said critics, M.I.A.’s headlining set at the 2010 Virgin Mobile Freefest was definitely one of the most anticipated performances of the day. And for the brief time I was up front shooting her, I thought she was pretty incredible — full of fire and aggression. Apparently her performance went off the rails not long after I left, but I wouldn’t know as I was sprinting across the grounds trying to make it to the other stage before LCD Soundsystem started their set. I made it, but just barely. 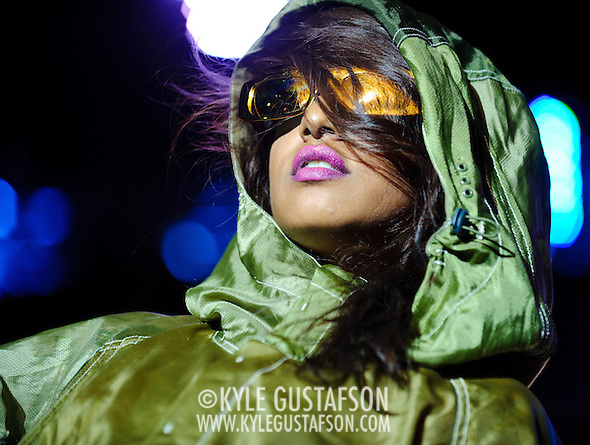 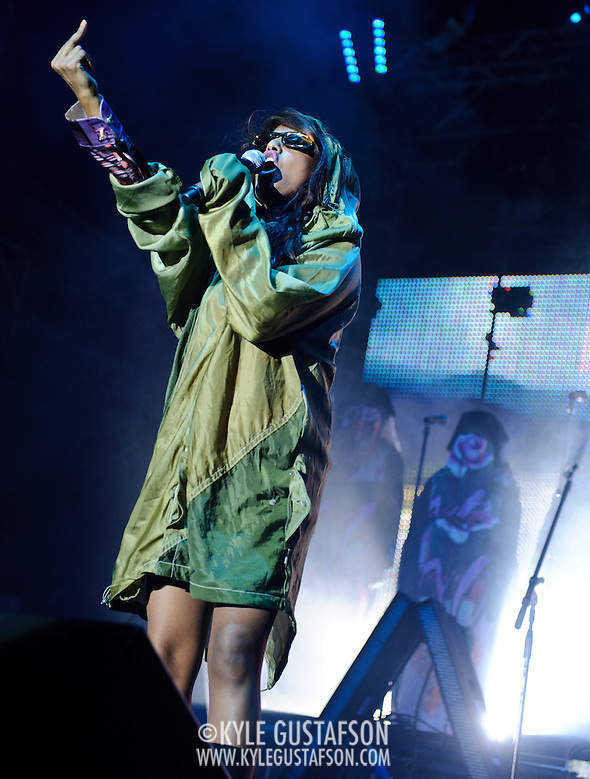 M.I.A. came on stage in a XXL green jumper, which made shooting her difficult as she was this amorphous green blob and a big pair of sunglasses. Luckily, about half-way through her second song she proceeded to strip down (literally) to her outfit underneath. 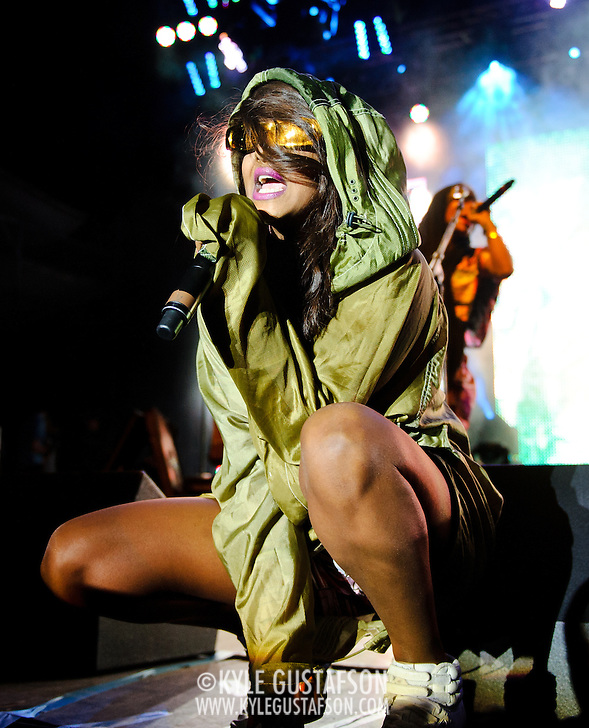 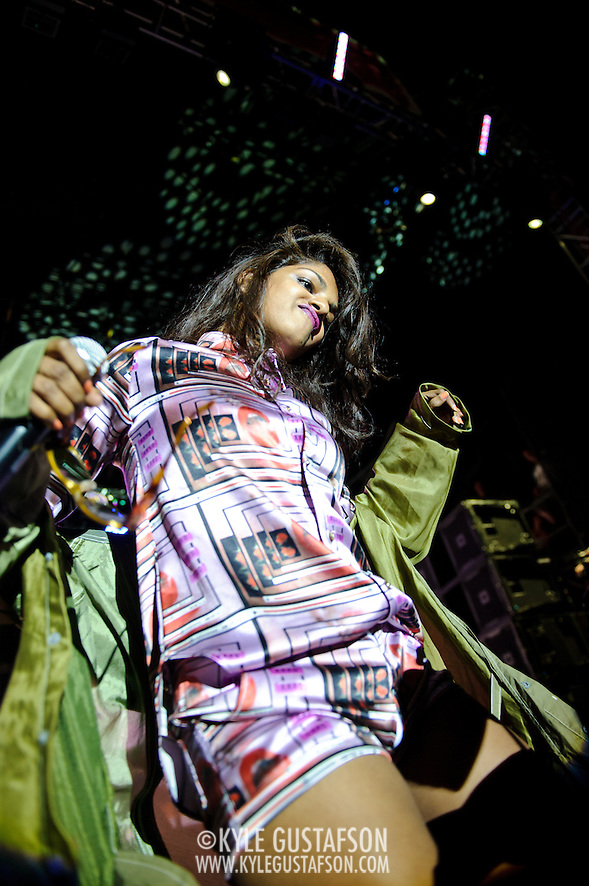 Lights for her performance were pretty great, and I ended up picking a prime spot up front and got some great up close shots just before our shooting time ended. This was the fifth time I’ve shot M.I.A. and I’ve never stayed past the third song of her set. Maybe one day. 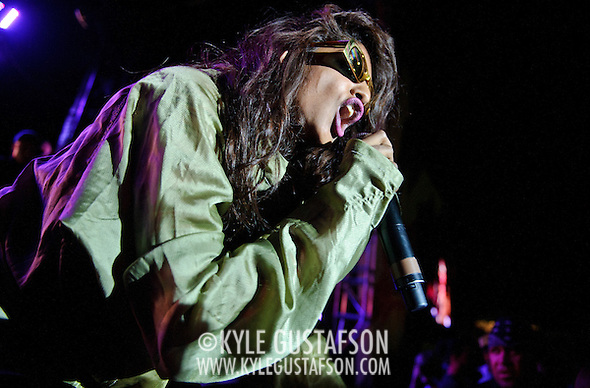 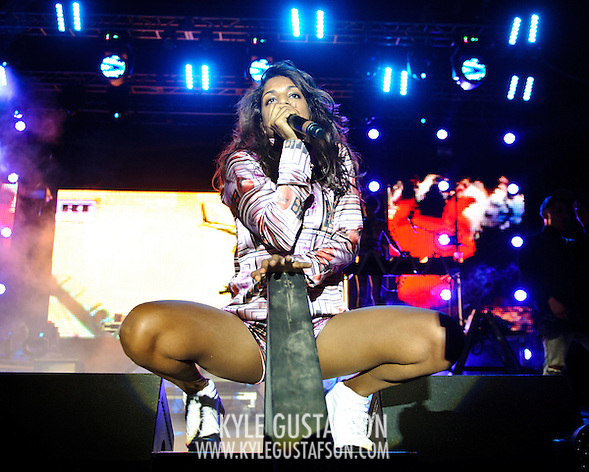 Check out the full photo set below and don’t forget to check out my other photo sets from the 2010 Virgin Mobile Freefest.