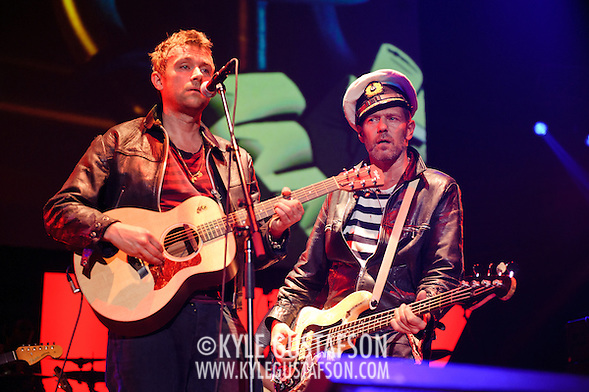 Despite being an overly enthusiastic Oasis fan and vocal opponent of most of the things Damon Albarn does, i was quite looking forward to last night’s Gorillaz show. It’s hard not to get excited about seeing Bobby Womack, De La Soul and Mos Def perform with the band, which includes Mick Jones and Paul Simonon. 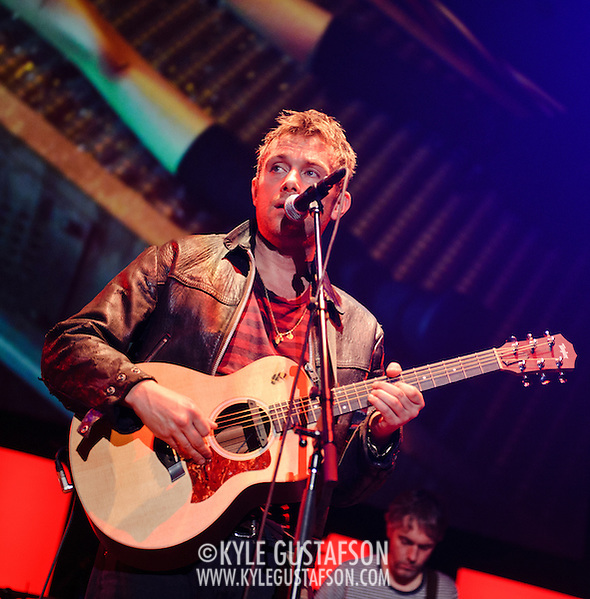 Photogs were allowed to shoot songs 5, 6 and 7 of the show, which was good and bad. Good because it’s always a plus when your allotted songs are in the middle of the set as opposed to the beginning (props to the local Live Nation folks for letting us watch the start of the set from the floor, it was great to get a feel for the lighting and vibe of the show before we started shooting). Bad because the last song we couldn’t shoot was “Stylo” which featured Mos Def and Bobby Womack. It looks like NYC got to shoot them but we didn’t. Bummer. Instead we got one song with Damon playing guitar, one with him as frontman and one song with De La Soul with Damon at the back of the stage playing keyboard. 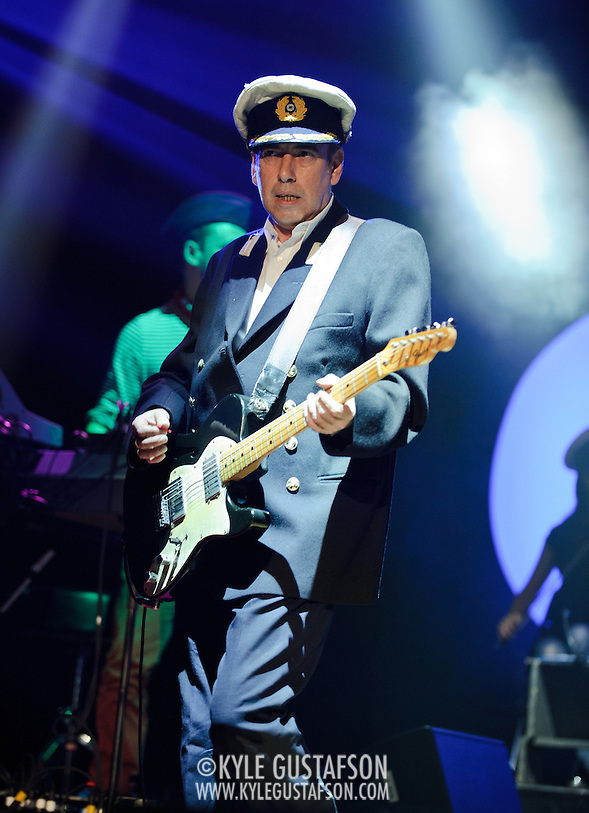 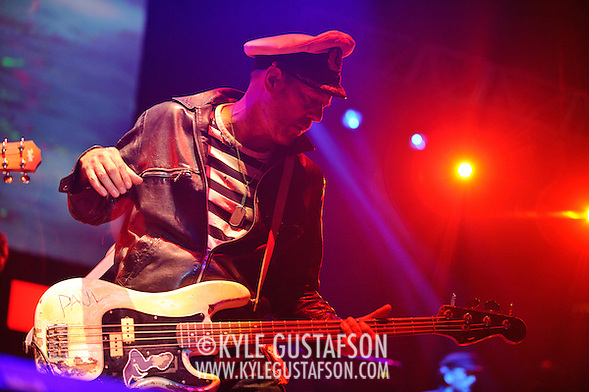 Damon as frontman was totally brilliant. He was very much playing to the crowd and loving it. He even gave a shout-out to “DMV” at one point. He spent his time on “Rhinestone Eyes” jumping from speaker stack to speaker stack at the front of the stage. I got stuck directly under him twice and had a hard time getting anything useful due to the sharp angle I was shooting from. If you’re shooting this show, stay stage right during that song. 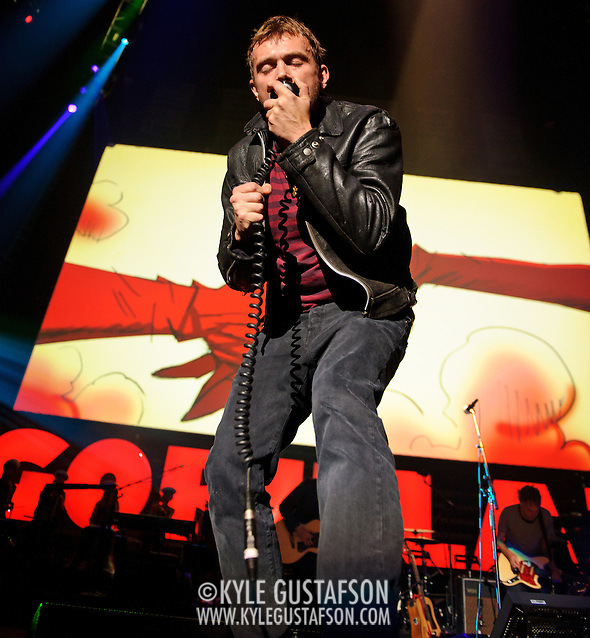 As you can imagine, given the sheer number of musicians on the stage, shooting wide was quite a challenge. I wanted to get some shots of the impressive video displays that went along with the songs, but I felt like wide frames gave me more gear than musicians so I stayed tight on most shots. You’re mileage may vary. Be aware of the giant flatscreen TV/teleprompter right in front of Damon’s mic stand that keeps you shooting him from head on. You’ll have to take a bit of an angle. Also, the band’s crew is in the pit policing the photogs. They weren’t obnoxious or anything, but if you did something they didn’t like, they would ask you to stop. 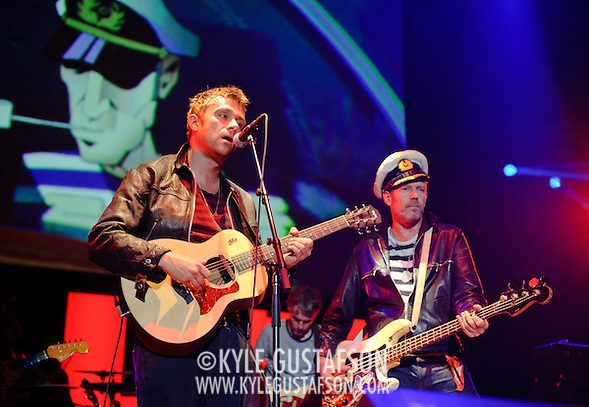 Lighting was pretty good, but the front lighting was exclusively applied by spotlight at the other end of the venue. So it was great when they were focused in on whoever was singing, but that left most everyone else on stage being exclusively back lit, hence not many photos of Jones and Simonon. 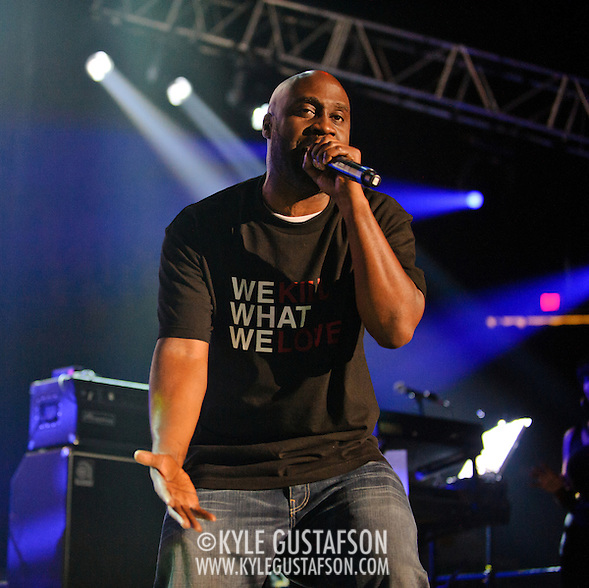 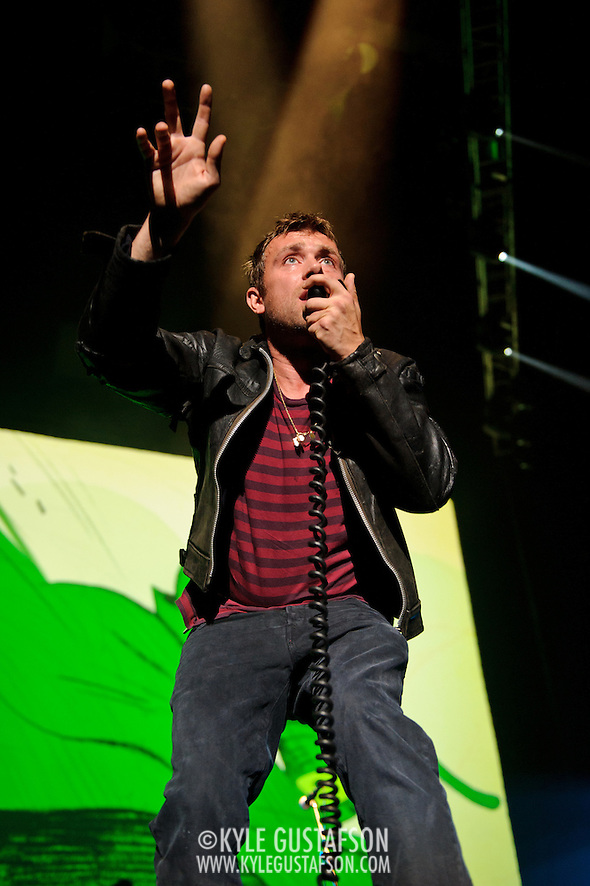